What could Case 48 Hours aiming to cover in the eleventh episode of Season 34? 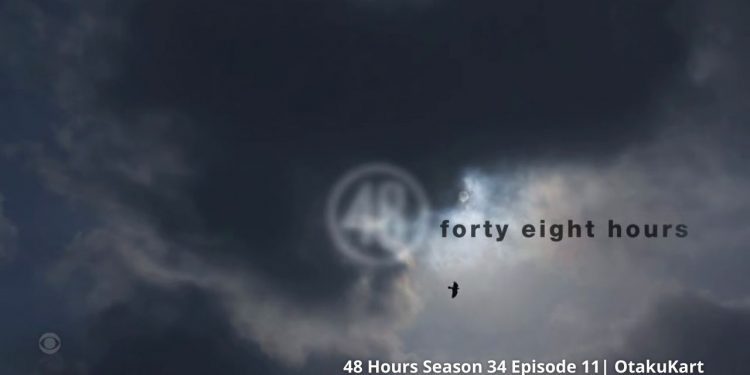 48 Hours Season 34 Episode 11 may give us a glimpse into another one of the criminal cases that impacted society. A similar one was brought to life again recently. We heard the story of Ahmaud Arbery in the previous episode. An innocent black man who jogged in the morning, minding his own business. In a matter of moments, three white men for some reason, start chasing him down. With guns in their hands, Ahmaud Arbery saw it all scary and ran away. Until the men decided to chase him, and soon shots were fired.

It was Ahmaud Arbery’s mother, Wanda who decided to fight for his son. She was told that her son broke into a house and therefore was shot and killed. But nobody believed Arbery was kind of a man who would break into someone’s house. A newspaper came to tell a different story, and that’s where Wanda was sure about bringing his son to justice. Here is everything that 48 hours had to tell us about Ahmaud Arbery’s case before we move to Episode 11.

Previously on 48 Hours Season 34, the show took us to Brunswick, Georgia. Three White Men were found guilty of murder for chasing down and fatally shooting a 25-year-old black man Ahmaud Arbery. So, the show told us how it was a fine morning for Ahmaud Arbery. He was jogging in the beautiful neighborhood until three white men decided to get in the trucks and follow him. They chased him down with their guns and eventually fired shots at him.

The men who shot Ahmaud Arbery were Gregory McMichael, a former law enforcement officer, his son Travis, a coast guard, and William ‘Roddie’ Bryant, a mechanic. The questions like why none of them were facing charges after 68 days of the murder came in. Gregory McMichael had connections with DA. Ahmaud Arbery’s mother had promised his son and decided that she would fight for him.

Also Read: How To with John Wilson Season 2 Episode 2: Appreciating A Wine

A video that Roddie shot while they chased down Ahmaud went mysteriously viral on the internet. In two days, arrests of Gregory McMichael and Travis came, and in two weeks, Roddie’d too. There were claims that Ahmaud broke into one of the under-construction houses. The same had no doors, and Ahmaud just took a look inside and left. CCTV footage and the neighbors’ calls told the same. George McMichael and his son saw the same and took their guns to chase him, followed by Roddie in his truck.

Lawyer Linda Dunikoski made the opening statements for Prosection, and therefore the case began. The CCTVs, 911 calls, and even Gregory McMichael on the day of the incident moments later admitted he didn’t actually know if Arbery committed a crime that day. From Roddie’s lawyer painting him as an innocent to Travis McMichael telling his side of the story in the light of self-defense. Nothing proved that Ahmaud Arbery in any way was violent. In the end, the jury found Travis McMichael guilty on all charges while the other two men were found guilty on multiple charges, including Felony Murder.

48 Hours Season 34 Episode 11 is expected to release on 4 December 2021. There are no official details on what the episode will be all about. As far we know, the show will continue to retell us crime stories from the past that impacted the world in one way or another. It can be criminal cases that managed to give justice to people Ahmaud Arbery. Then it can also be cases that are still on and carry a mystery behind them, like the Gabbie Pettito case that 48 hours covered a while back this season.