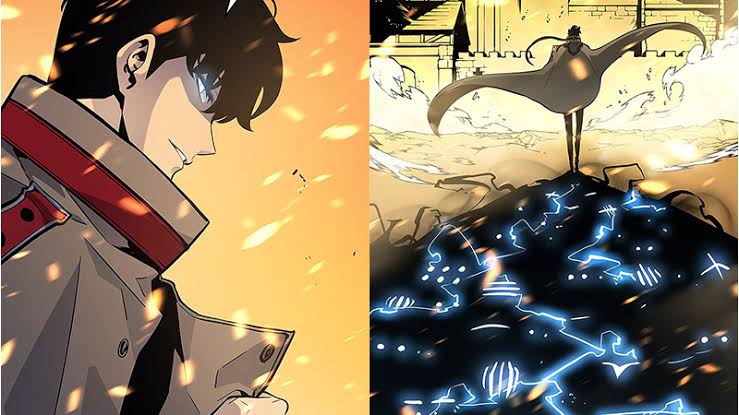 Hey guys, In this post, we are going to be talking about Solo Leveling Chapter 106 Release Date And Updates. Besides this, this post may contain spoilers related to Solo Leveling. If spoilers bother you, I suggest you stop here or skip to the release date section. So, let’s get started-

He can utilize the powers of the deceased

. So, there is no doubt that this makes him the stronger hunter, among others. Besides this, revealing his true powers feels like a big load is taken off from his shoulders. Not only this, other hunters are now afraid of him, his powers. Now, if we recall the beginning os this series, Jin-Woo wasn’t even able to handle a knife. And now, he strongest among all the hunters. Not only this, even the strongest enemy- “The Ant King” flee from the battle so that he could survive even more. And now, let’s discuss Solo Leveling Chapter 106-

Solo leveling chapter 105 left us with various clues about how chapter 106 will continue forward. Seong Jin-Continues to show his tremendous strengths, and he keeps on leveling up on top of that. You can check out the Twitter thread below for more relevant clues. Just when everyone thought the fighting was over, another wave of ants attacked, probably in retaliation of their recently slain king and queen. But to Seong, this came as just a practice to him as he gained more experience points and even leveled up to level 100. Could it be possible that he might even level up beyond that? Well, let’s look at the predictions for chapter 106 below, where we can logically talk more about it!

When is the ‘Solo Leveling’ Chapter 106 release date?

This manga usually releases new chapters on a weekly basis. The latest chapter was released on 12th February 2020 with the release of chapter 105. So the upcoming chapter will not take that long to come out as we have already disclosed. Besides this, the official spoilers of chapter 106 are expected to be released on- 18th February.

Where Can You Read ‘Solo Leveling’ Manga?

You can find new chapters from the “Sololeveling” official website or from Kakao Page Magazine. So you can support the creators by buying the magazine.

What Is ‘Solo Leveling’ Manga About?

This novel follows the story that happened ten years ago after ‘the Gate’ that connected two worlds; the real-world and monster world opened. Some of the average people received the powers to hunt monsters within the gates. They are known as “Hunters.” However, not all humans are powerful. Sung Jin-Woo, an E-rank Hunter, has to risk his life in the lowliest of dungeons, the “World’s Weakest.” With no skills to display, he barely earned the required money through fighting in low-leveled until he found a hidden dungeon with the hardest difficulty within the D-rank dungeons.