The reason that this manga is getting popular lately outside the Asian regions is the fact that more scanlations are providing the manga series helping the community to learn more about the realism that this manga is narrating. We have all had the pleasure of making new friends during high school and learning about new things, and, more importantly, following our dreams.

Thus we will be provided the details of Kaoru Hana wa Rin to Saku Chapter 48, such as the release date of the chapter and the various expected timings in different regions of the world. In addition to that, we will also provide you with the details on how you can read the latest chapters of the Kaoru Hana wa Rin to Saku manga series legally as well. 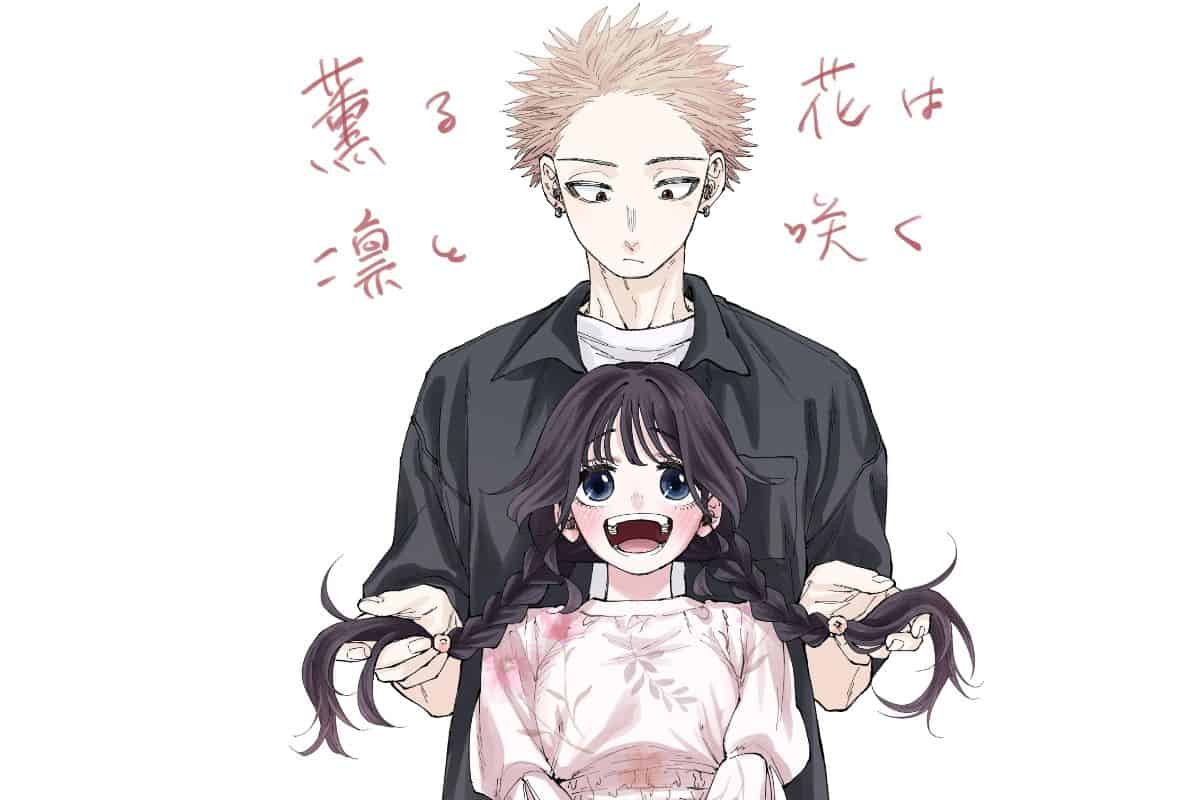 Kaoru Hana wa Rin to Saku Chapter 47 saw the birthday party for Sako to be continued and his younger sister Mio be worried about his friend and him as he is not used to anything. Mio forces Sako to tell her everything and wants to know which one is his girlfriend as well.

However, Sako calms her down, saying that he became friends with the pretty girls’ thanks to Rintaro and the others. Mio is chilled about his explanation but is still worried about what kind of friends he has, and thus, she goes to the party. Rintaro’s cake is the buzz about the party, and Mio is also surprised that Rintaor can bake a cake like a professional.

As Mio spends some more time at the party, she realizes that everyone loves her brother and is very kind to him. Satisfied with the friends that Sako has made, Mio leaves but says to herself they won’t be able to love her brother as much as she loves him.

After cutting the cake and everyone getting a piece, Rintaro is nervous about everyone eating his hand-baked cake and realizes how his father also feels the same thing. Rintaro is happy that everyone loved the cake and intends to follow his dreams even more. After the end of the party, while cleaning up, Sako almost drops a bottle of juice, but Kikyo helps him.

Youth romance about a boy from a run-down high school with a bad name getting close a girl from a prestigious all-girls high school pic.twitter.com/Sgv90Ow7dX

Where to read Kaoru Hana wa Rin to Saku Chapter 48?

Kaoru Hana wa Rin to Saku Chapter 48 will be available to read on the Pocket website in the raw format. In contrast, the English version of the chapter will be provided by the fans’ scanlations as no publisher is bringing the series to the outside of Japan as of this writing.