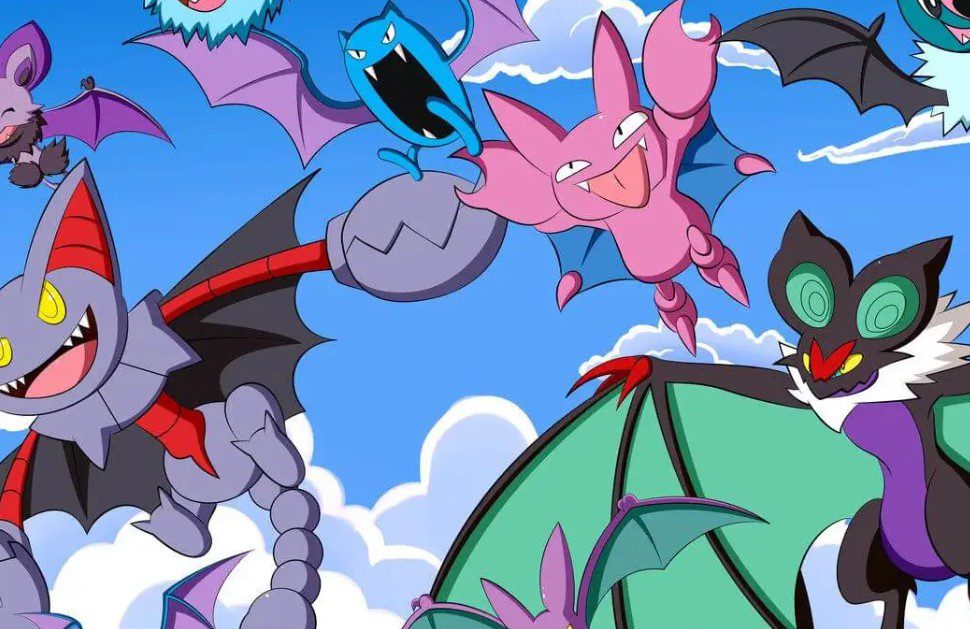 This species of Pokemon is interesting since most popular bat Pokemon are strong and play an important role in the Pokemon series. Most of us forget about bat Pokemons when watching anime since they appear on rare occasions. Pokemons like bats have made this series popular and enjoyable, attracting fans. Pokemon started as a series for kids, but now it has developed in a way that everyone has begun to like. The list of popular bat Pokemons will make you remember the series of Pokemon that have ended or are ongoing.

It is difficult to look at different Pokemon characters and forget about looking at bat Pokemons. But we will discuss the best Pokemon series with popular bats you might want to watch.

Zubat is a dual-type and poising flying Pokemon introduced in Generation 1. Its evolution led to a Golbat, which starts at level 22 and later becomes Crobat if leveled up with high friendship. Zubat’s appearance is a blue chiropteran but lacks eyes. It has pointed ears with purple insides, and its mouth has two sharp teeth on each jaw. The male version of Zubat has larger fangs than females, purple wings, and membranes supported by two elongated fingers and long, thin tails.

Gloomy caves dominate its habitat, developing no eyes or nostrils. It navigates through a dark environment using echolocation, and it will leave its abode during the night together with a mass of other Zubat looking for prey. During the day, it sleeps hanging upside down like a bat in caves, forests, and under the eaves of old buildings.

When Zubat evolves, it becomes Zubat at level 22, and then if it is leveled up with a higher friendship, it becomes Crobat. Golbat is a large blue chiropteran pokemon, like its pre-evolution type, but this one has purple wing membranes. Its eyes have slit-like pupils with tiny triangular ears and purple inserts. It also has a massive mouth with two fangs on each jaw. These fangs appear smaller in female Golbat, and its mouth usually seems to be empty whenever it makes an appearance. 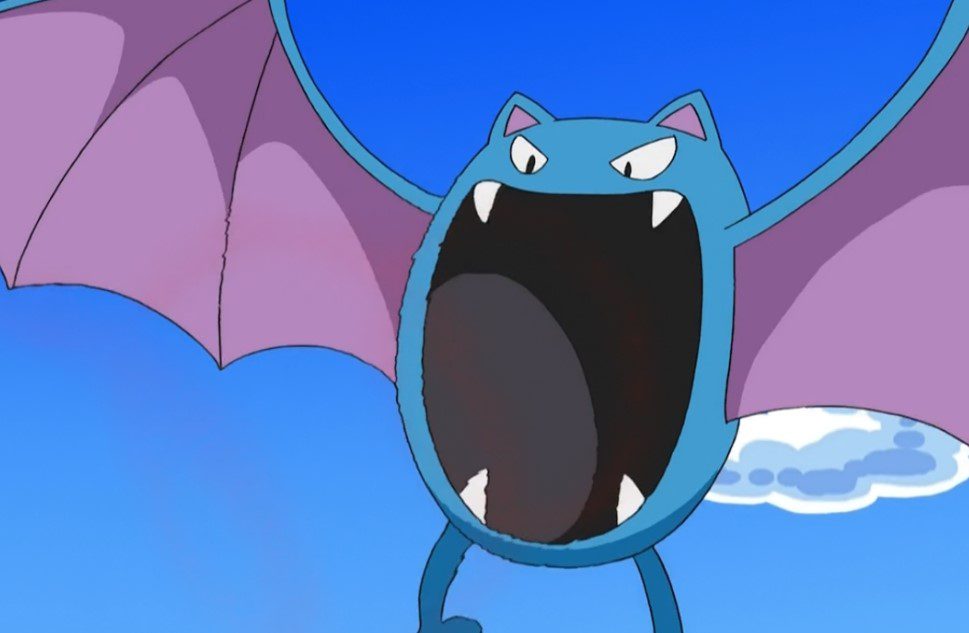 Despite that, when it occasionally appears, its tongue is long and purple. It has short legs and long tiny feet; despite that, it can still walk skillfully on the ground. Golbat has fangs with hollow tubes specialized for bloodsucking and is strong enough to pierce thick hide. Some Golbathave missing fans due to fragile fangs breaking when attempting to drink blood from steel-type Pokemon. Golbat can feed on the blood of Pokemon and Humans and can drink over 300 milliliters in one seating.

The best that you can get out of Zubat evolution is Crobat. Crobat is the final evolution stage of Crobat and superior to Golbat. Unlike its previous evolution counterparts, Crobat is purple in overall color. It has a small body with pointed ears and yellow eyes with red pupils. Its small mouth usually has bared teeth and two pairs of wings on its body. Its upper pair is slightly larger, and its lower phase has developed from its hind legs. 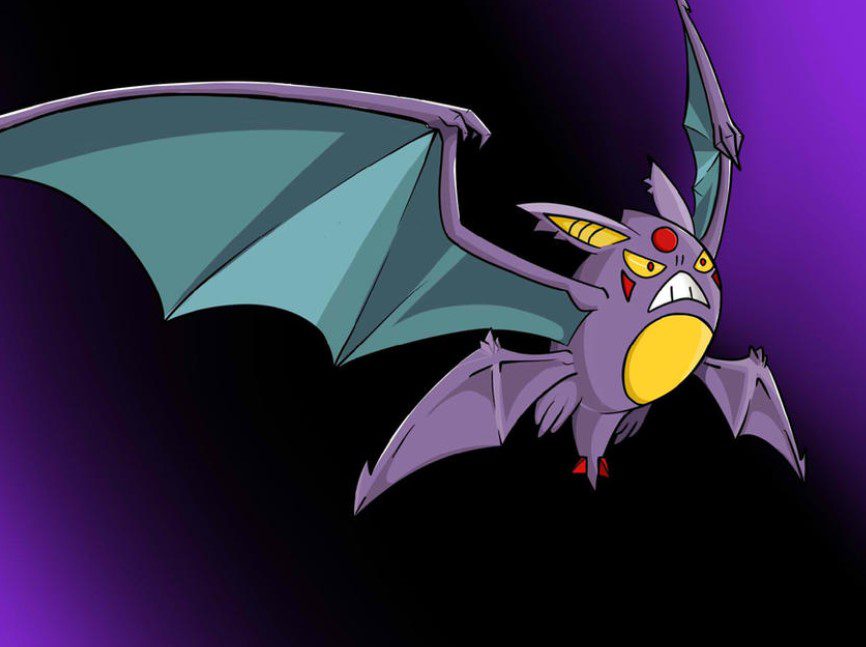 Its pairs have blue membranes only visible from the back, and its upper wings have two claw-like fingers near the middle. On the bottom side of this body is what appears to be a pair of stubby feet and tufts of fur. Crobat can fly long distances and can alternate between its two sets of wings. This has improved its flight speed and retains its ability to fly silently. It can also travel within cramped caves without the need to slow down.

Woobat is commonly known as Bat Pokemon that appeared in Generation 5. It is a Psychic/Flying-type Pokemon. This bat pokemon can evolve into Swoobat and become stronger. Woobat has appeared in different series of this anime, and he was also part of many battles helping those who have summoned him using Monster Ball. Like other bat Pokemons, he prefers staying inside caves or dark forests. His powers are stronger when it is dark. Woobat sticks to the cave wall when sleeping and always leaves a heart mark. The heart shape mark is known for bringing good fortune, and most of the Pokemon captured are after this bat Pokemon believing that they will have good fortune. He is a handsome Pokemon that is interesting to watch. 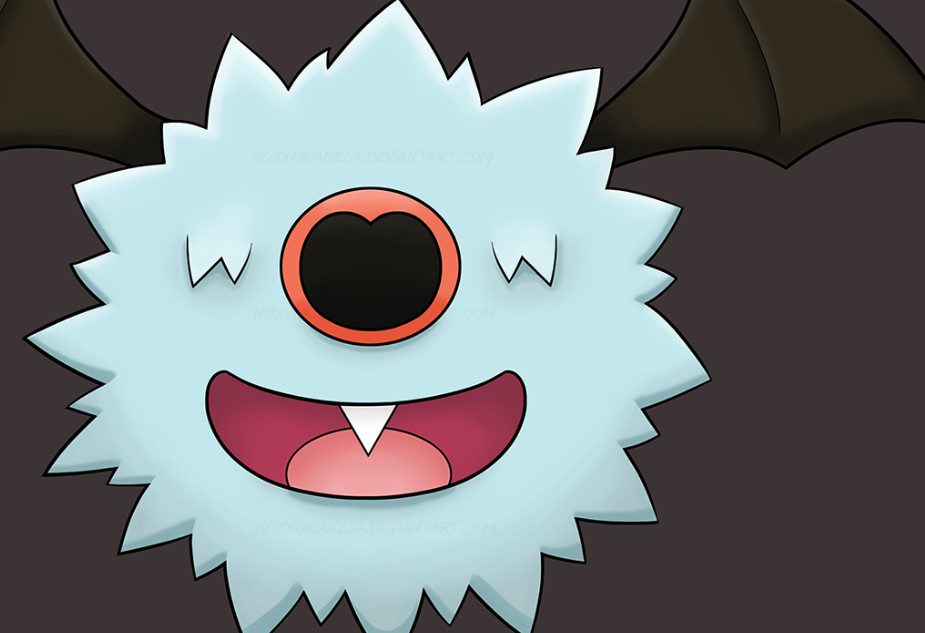 It is rare to come across a smiley Pokemon like Woobat. This bat Pokemon is exceptional, and it is always excited and smiley. It is one of the most popular bat Pokemon any trainer dreams to have. Woobat can also fight, and he is a strong, reliable Pokemon. When you enter a cave and spot heart shape markings, you will realize that you have entered the territory. He has his ways of fighting with his opponents or enemies. Woobat can release ultrasonic waves to locate his prey. Not all bat Pokemons are cute as Woobat since some bat Pokemons are scary.

Gligar is a Ground/Flying-type Pokemon that appeared in  Generation 2. In another series, it is called FlyScorpion Pokemon. It is rare to find a bat Pokemon that stay underground. This one is interesting since it becomes Gliscor and gains a special ability when it evolves, but its appearance changes and becomes scary. During a battle, Gligar uses poison and injects it into its target to make it weaker. This is one of the bat Pokemons that enjoy fighting while flying around. Gligar has special moves like Poison Sting, Sand Attack, Fury Cutter, Mud-Slap, Slash, U-Turn, and others. It is one of the Pokemons that can glide without making any sound or noise, and it has good hunting skills when hungry. Gligar always catches his enemies or prey off-guard. This is the best Pokemon that one can use during battle. 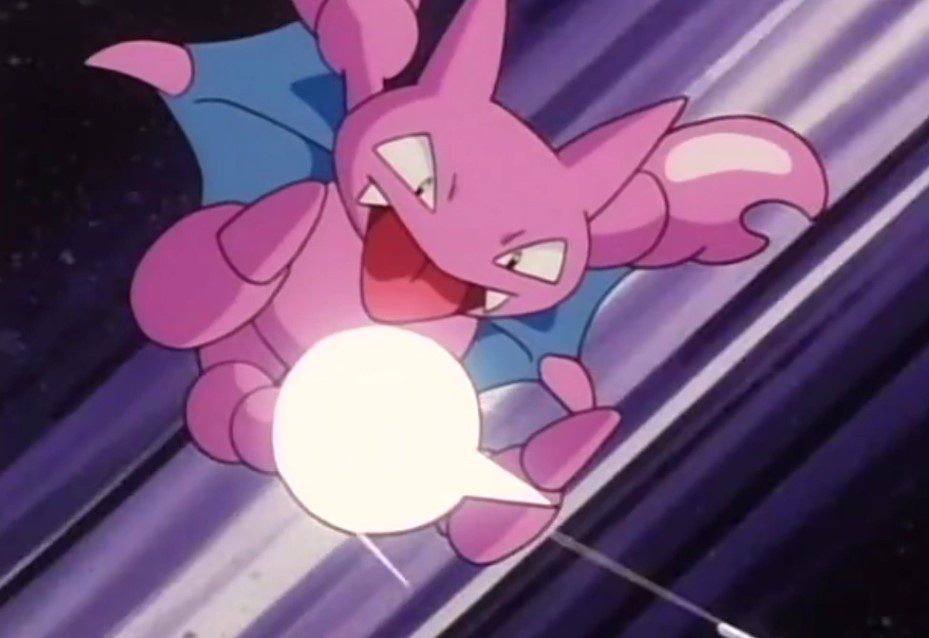 Gligar is skilled Pokemon, and it always defends its territory; it is a flying scorpion Pokemon. It has the powers of a scorpion with a long tail and hand that looks like crab legs. This weird bat Pokemon is hard to find, and the ground always disguises it. Gligar has fifty percent of male species and 50 percent of female species. It is rare for such species to fight one another since they know their barrier lines and territories.

This bat Pokemon is  Flying/Dragon-type Pokemon that first appeared in Generation 6. Due to its behavior during battle, it earned the name Sound Wave Pokemon. Noibat can evolve and become Noivern, but this happens when he is angry or during battle. His species have 50/5o of both male and female species. Noibat loves to stay in dark caves and uses his ears to emit sound waves. These sound waves can shake the strongest wrestler or trees. Noibat loves fruits as his favorite food, and he looks for food every night since he will be sleeping during the day. He has special moves that he shows when he levels up and becomes powerful. Noibat signature moves are Gust, Super Sonic, Air Cutter, Super Fang, and others. 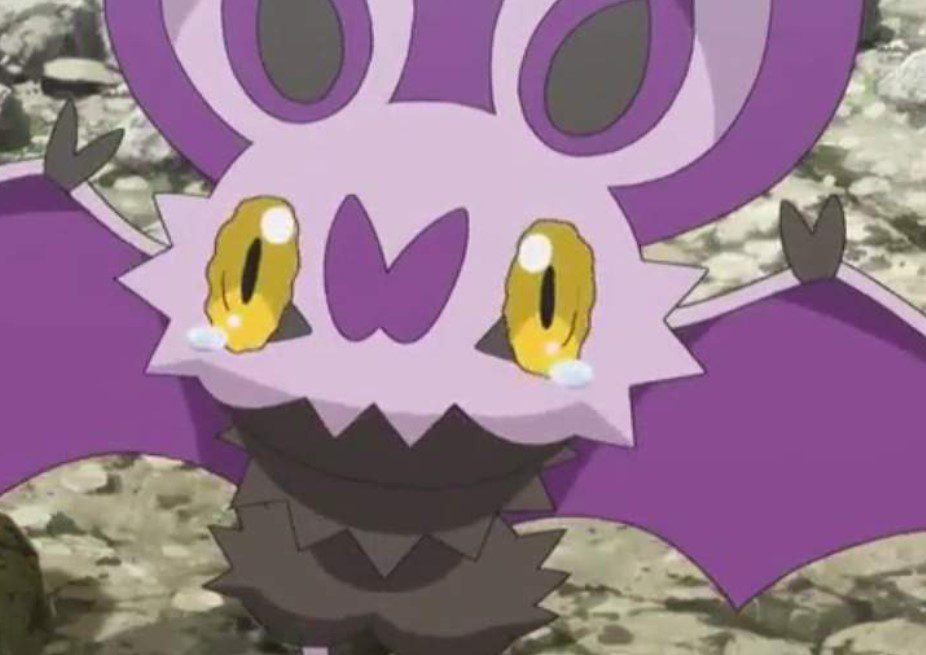 This Pokemon is a Ground/Flying-type Pokemon seen in Generation 4. In some anime, it is called Fang Scorp Pokemon. Gliscor is one of the rare bat Pokemons that resembles a scorpion. But he can also sting like a scorpion and injects poison into his opponent. He can also evolve, and his appearance changes to a cute one. Gliscor watches his prey while hanging on tree branches. He can circle a globe without resting. Gliscor has many abilities and powers. Gliscor loves signature moves such as Fire Fang, Thunder Fang, Ice Fang, Poison Jap, and others. 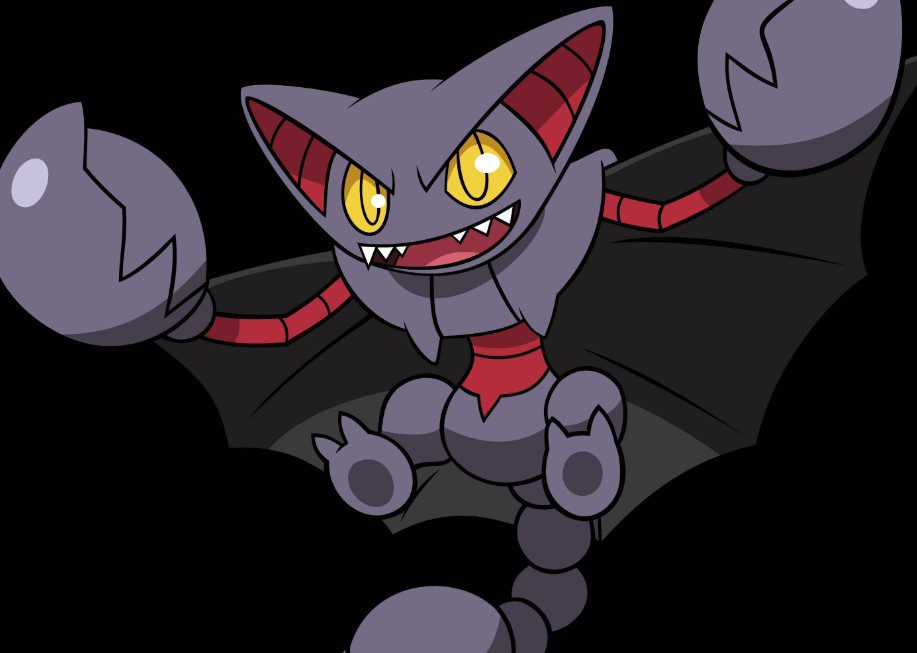