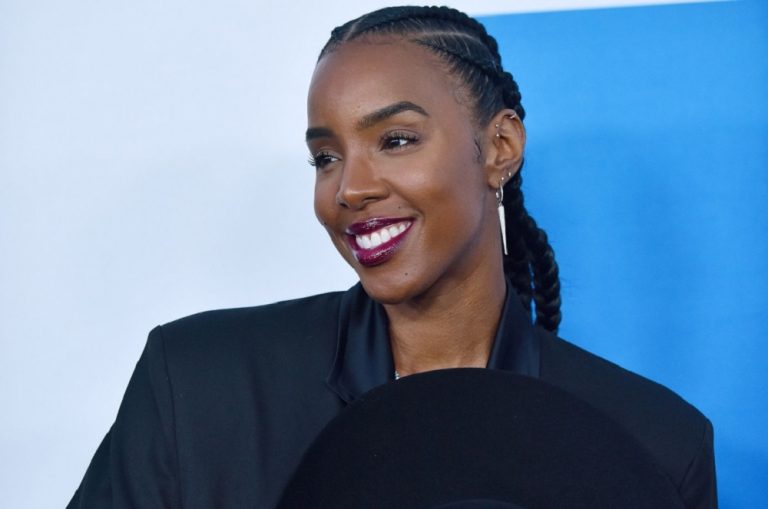 Kelendria Trene Rowland is an American singer, songwriter, and TV presenter. She was a member of Destiny’s Child, one of the world’s best-selling girl groups and has also given several solo hits across US and UK.

Rowland was born on 11th February 1981 in Georgia, US. She was born to Doris Rowland Garrison and Christopher Lovett and she also has an elder brother named Orlando. She relocated with her mother to Houston after her mother left her father because he was an abusive alcoholic.

In 2011, it was reported that Rowland and her manager Tim Weatherspoon are dating. In 2013, after announcing their engagement on a TV show in 2014 they got married. They gave birth to Titan Jewell Weatherspoon in November 2014. In 2007, Rowland underwent surgery to receive Breast implants.

In 1992, she joined a six-member group named Girl’s Tyme. They participated in ‘Star Search’, a talent show which they lost. In 1995, she moved in with her best friend Beyonce who was also a member of Destiny’s Child. In 1991, the group cut into a 4-member group and Girl’s Tyme changed to Destiny’s Child performing in various local events. They debuted with the song ‘Killing Time’ with Columbia Records and released albums like ‘No, No, No’ which did moderately well.

In 1999, they released ‘The Writing’s on the Wall’ which rose them to fame. They also won the Best R&B Performance by a Group and the Best R&B Song in 43rd Grammy Awards selling around 15 million copies worldwide. Then, they released various albums and singles, all of which were a success, winning them various awards. Rowland was also a part of ‘Dilemma’ a single by Nelly for which she won a Grammy Award for Best Rap/Sung Collaboration. She then went on to release ‘Simply Deep’, ‘Stole’, ‘Can’t Nobody’ and many more. All of them sold millions of copies. Simply Deep hit #12 on Billboard 200 and also topped UK Album Charts.

In 2005, she starred in ‘The Seat Filler’ which has a net gross of over $17.9 million worldwide. In 2004, the group reunited releasing ‘Destiny Fulfilled’ which hit #2 on Billboard 200 and they even went on a worldwide concert tour. During the tour, she announced the disbandment of the group and then went on to pursue her solo career in music releasing 48 singles which also featured various artists such as David Guetta, Tiziano Ferro, Alex Gaudino and many more.

In 2007, she appeared in ‘Clash of the Choirs’ and was also the judge for ‘X Factor’ in 2011. She was also the judge for ‘The Voice Australia’. Kelly has also worked as an ambassador for various brands. She has been the brand ambassador of McDonald’s, Walmart, Jaguar and many others. In 2017, she released a book titled ‘Whoa, Baby! A Guide for New Moms Who Feel Overwhelmed and Freaked Out’. Rowland has also been a part of various movies such as ‘The Seat Filler’, ‘Think Like a Man’, and ‘Merry Liddle Christmas’. She was also a part of ‘Bad Hair’ which premiered in the Sundance Film Festival in 2020. In 2012, she was ranked #61 on ‘The 100 Hottest Female Singers of All Time’ and #7 on ‘People’s Most Beautiful in the World’.

Kelly Rowland’s estimated net worth is approximately $20 million. Most of her income has been from her career in music and acting. She has also endorsed the luxury car company Jaguar in 2013. She had also made money from her work as a TV presenter, model, and brand ambassador. There is no information available regarding her housing or cars. So, for further updates stay tuned.