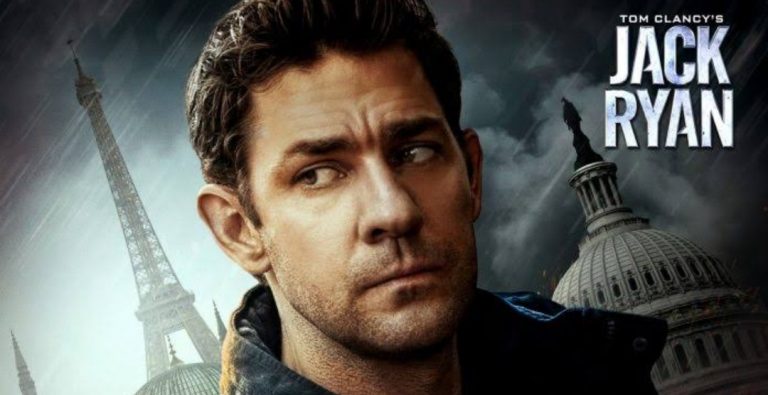 Jack Ryan Season 2 was dropped on November 1 and that made the fans get filled with spirit due to the festive season around. John Krasinski wished Happy Halloween and talked about the Halloween treat he would want to give to the fans and the treat was that season 2 would be released earlier. The second season featured Ryan and James Greer getting back once again as James had traveled to Venezuela to investigate the smuggling of weapons.

When James went to South America he nets Ryan. They soon found out that their mission was connected somehow. Fans were very much shaken up when Schenkel tried to drown Ryan in a bath and Greer was kidnapped by President Reyes. However, fortunately, both came out safely.

Tom Clancy’s Jack Ryan Season 3 might be getting delayed to mid-2021, this is because of the ongoing Coronavirus Pandemic, many studios and production houses have halted the production and filming of their shows, considering the health risk of their cast and crew.

Earlier, the third season of Jack Ryan was expected to be released in Fall 2020, but it looks like, it will be delayed to 2021, there is no official update on the filming and production status of the show by Amazon Prime Videos, we will update you for the same as soon as there is any information on this.

At the very moment, there is no trailer for Jack Ryan Season 3, we will update the trailer here when it is released.

Who is in the cast of Jack Ryan and where is the filming?

Krasinksi will be playing the role of the protagonist as Ryan. Other roles are not confirmed yet. Wendell Pierce might not be returning to play Greer due to his heart problems which had also caused some problems in season 2. We also expect Cathy Mueller to return but she was absent in season 2 so we cannot be sure right now. Her story isn’t finished till now and fans want to know about it more.

The series had been shot in various locations including UK, Columbia, Russia, Canada, Morocco, and the US, so the upcoming season is going to have diverse views and venues. The trailer is not out yet.

What will happen in Jack Ryan Season 3?

Krasinki shared with us, his favorite parts of season two which were the change in the character of Jack. He has always been someone who only delivered information and stayed away from any kind of quarrel or fight. However, Greer teaches him that, he has to play his part in the fights. The decisions that he has to take will not be easy. He has to be willing to fight against the odds. Jack, soon becomes capable of fighting.

You can only trust the numbers in this line of work. #JackRyan pic.twitter.com/oSGHLLYgGF

Now, what will happen next? We need to figure that out in season three because no information has been given out on this yet. Fans are curious about the challenges that Ryan might be facing and how is he going to deal with them. We did not hear about season 4 as well so that puts up a lot of questions as well. Season 3 is going to bring a lot of answers to help us with our questions. Stay tuned, for more news and updates on this.