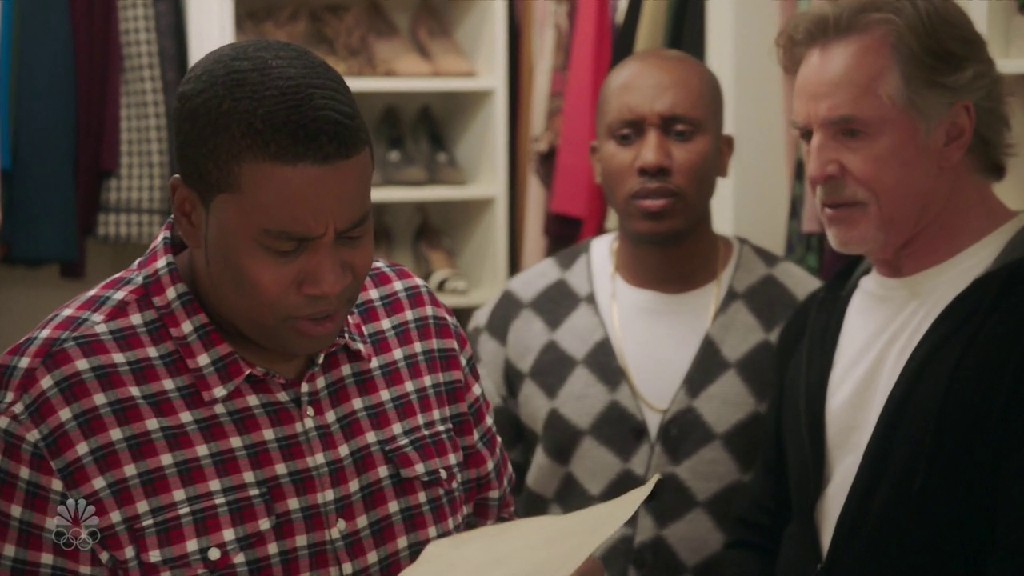 NBC introducing another comedy-drama with their already packed roster was Kenan this month. Created by Jackie Clarke and David Caspe, the first season has been running fair lately. It has so far covered 2 episodes since its inception on February 16, 2021. Both the episodes have received quite a positive response. Many praised the warm environment the series brings with the regular sitcom touch. This makes the series a good lazy watch for the viewers. Many have also applauded Kenan Thompson’s performance taking the lead in the series that has proven to be a good sitcom so far. So anyway, here we are taking a look at what happened in the previous episode of Kenan and what we can expect from the upcoming third episode of the first season.

Kenan follows the story of Kenan Williams, played by Kenan Thompson, a widowed father living in Atlanta, Georgia. He lives with his two daughters Aubrey played by Dani Lane, and Birdie played by Dannah Lane. He works on a Morning show and goes through his daily life challenges also involving his father-in-law Rick and brother. Every character is having their own perspective in life. So, let’s take a look at what happened previously on Kenan.

Read More: Strange Evidence Season 5: Everything You Need To Know

Last week’s episode of Kenan Season 1 titled “Hard News” opened up with a strong discussion between Kenan, Mika, and Pam. As they discuss their daily news quality, which might make them successful but at the end of the day are garbage. Kenan turns the whole conversation around and ignites a conversation stating how their show needs to focus on Hard News. True to the facts, and that could have some impact on the audience. Although it seemed like a callback to Mika, the conversation really intrigues Mika to start working on the Hard News all over again. 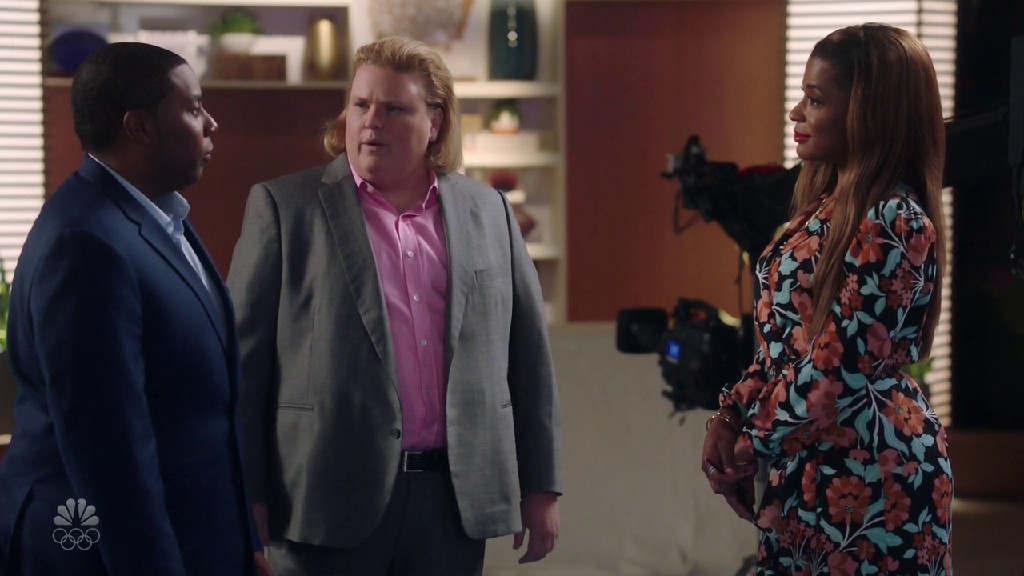 Back home, Kenan, Rick, Gary, and Kenan’s daughters are having a healthy breakfast when the conversation on clearing mom’s old closet breakout. Kenan shows no interest in going inside his ex-wife Cori’s closet since inside, he feels it might only make him sad and miss her. But, he doesn’t show much of that in front of everyone who all agree on clearing the closet. Now, Kenan has to follow them too.

Back home, the guys and Kenan’s daughters are all digging in Kenan’s ex-wife Cori’s stuff from the closet.  From her church hat to a headshot picture, there are a few slick memories that they reminisce until Kenan finds a restraining order against her. From a man named Ron Sherman Willis. The paper breaks Kenan’s heart, who realizes his ex-wife kept dark secrets from him. In the end, he decides to put the things back they were and forget about it.

On the other side, Mika calls up a meeting with her employees and starts turning the way her company works. She orders everyone to pitch good ideas related to Hard News which is true to its intent. The employees still try to pitch really cliche news weather ideas, or just soft news turned upside down.

Read More: What To Expect From L.U.C.A: The Beginning Episode 9? 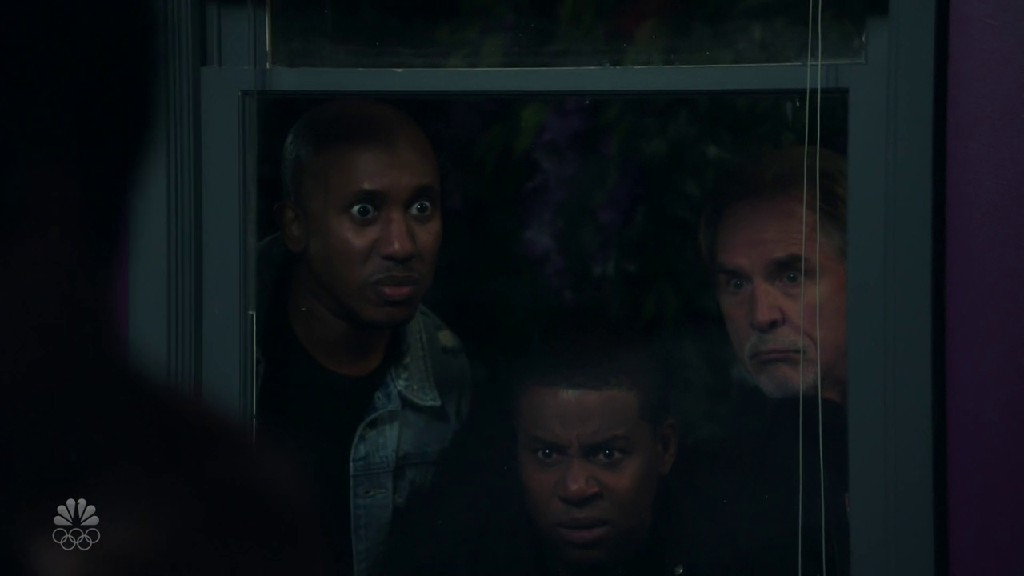 Back home a night, Kenan can’t sleep all thinking about Cori keeping secrets from him. He wakes up Rick and Gary to figure out what this could be about. While Gary comes up with an affair to which Kenan might not agree, but Rick does. In the end, Kenan gets this Ron Sherman Willis’s address from the order and decides to pay a visit to him.

All three guys go to this Ron Sherman Willis’ house and peep through his window. They see a solid-muscled man practicing fighting moves around in his garage. The attention diverts when they see Cori’s same headshot picture framed at this man’s house. Worrying, they make a sound and try to run away in the car. In the process, they destroy this man’s front yard.,

The next day, Kenan is back at his work, driving around with Mika. She informs him that his conversation from the last show really inspired her. So, she is back on reporting hard news all over again. The first news they are reporting turned out about someone who destroyed a man’s front yard. Coincidentally, it’s the same one Kenan, Rick, and Gary destroyed last night.

Kenan is put against interviewing Ron, which he messes up very well. Returning to the studio, Mika asks what this is all about, to which Kenan clears everything. Mika forcefully takes Kenan to clear everything at Ron. They reach back his home apologize to him until Ron discloses that he and his husband are a huge fan of Kenan. Realizing that Ron and Van are gay couples, Kenan is happier than ever. They both apologize to each other. 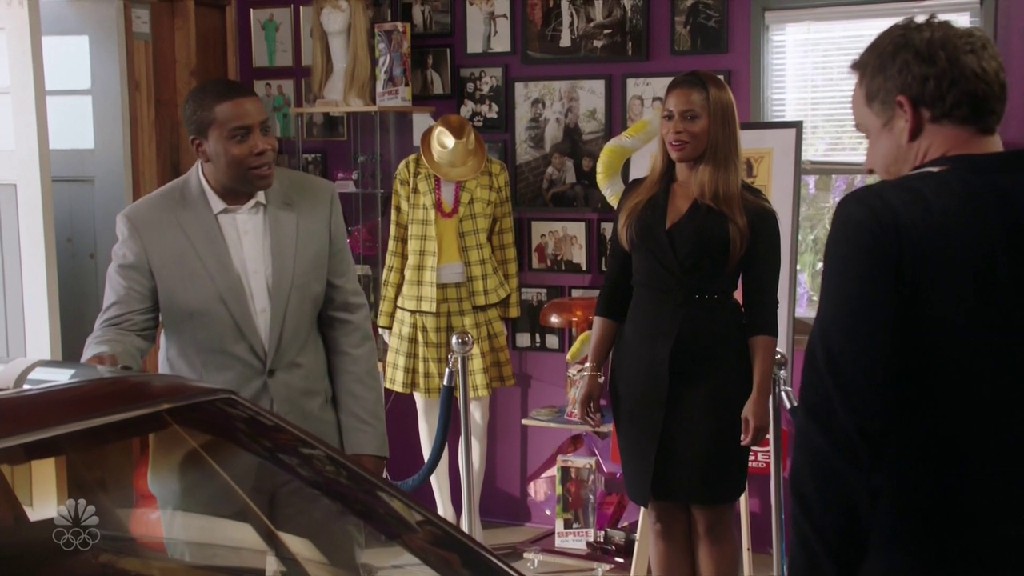 In the end, Kenan and Mika are met with Ron and Van’s incredible collection of pop culture. Until Ron reveals the reason he had a restraining order against Cori was that she bid against her for a car that Kenan used to drive once. In the end, the only secret Cori was to make Kenan happy. The episode ends with a goodnight dinner.

The third episode of Kenan Season 1 will be releasing on March 2, 2021, on NBC, titled “Fourth Hour”. The Official synopsis of the episode states that another hour is being added to Kenan’s morning show “Wake Up With Kenan!”. A consecutive fourth hour makes the show hectic for Kenan. Rick advises Kenan to be strong and say “No” more. On the other hand, Gary suspects that Tami might be vouching to steal Kenan’s job. So he plans to take matters into his own hands to take care of the situation.

From the third episode of Kean Season 1, we are expecting another thrill ride of light-hearted comedy. We might see development in Kenan from always being ready to take any job to finally learning when to say no. On the other hand, Gary’s love for his brother might prove outright when he goes against Tami, who is trying to steal his brother’s job. All in the upcoming third episode of Kenan Season 1.