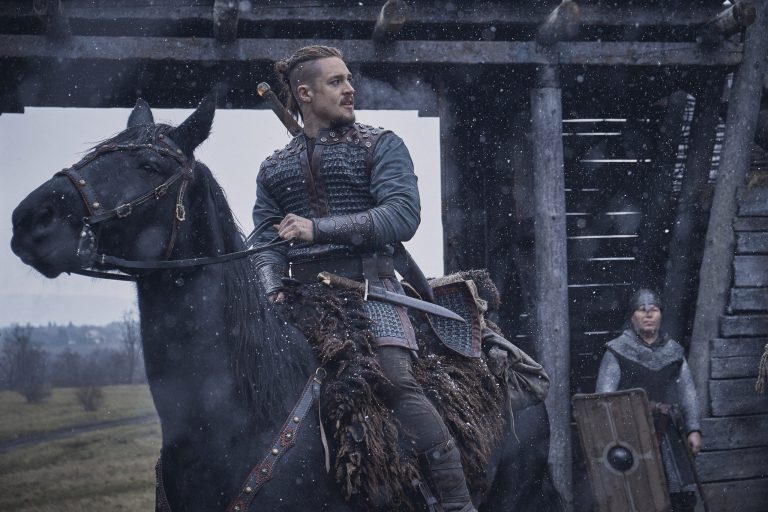 The Last Kingdom Season 4 Episode 7 Review: King Of Wessex Finally Gives His Due

The Last Kingdom Season 4 Episode 7 aired on a very bright note. After decades of suffering abuse at the hands of King of Wessex, the man justly dealt with Uhtred, and his son. Some would say it is a miracle to see the King finally deliver. Others say that Uhtred finally got his due. We’d like to go with the second case scenario. Yes, for those countless times, Uhtred helped the Royal Family, it was just the beginning. So that’s The Last Kingdom Season 4 Episode 7 for you.

Now let’s count all that Uhtred has done for the royal family–apart from helping them on the battlefield to the unlimited secret rescue missions that he helmed just for their sake. We all know what a fantastic military strategist Uhtred was. He not only executed foolproof military strategies to protect Wessex from his invading kin but at the cost of his son, he also saved Edward with a spell. The list just goes on and on. In return, the Royal family has done nothing but call Uhtred a traitor. He’s been put behind the bars and dealt with unjustly, to say the least. His lands were seized and his kids taken away. Alfred, Aelswith, Edward–all of them have done the say.

It’s a family of unthankful and ungrateful people. In this episode, Uhtred finally got his due for decades of unjust behavior. To add more, not once but twice Uhtred rescued Aethelflaed from the Danes. We’ve made a strong case for the unjust behavior Uhtred has been met with. We saw him treated as an outcast, jailed, beaten. This was all done to him by a family who should have been nothing but thankful and grateful to him. That, of course, didn’t happen–till Episode 7. Not that we expected any of that to happen in this episode. But as soon as this plot unfolded, things got interesting. But let’s go through what happened to others in the Episode. All thanks to Aethelhelm.

Aethelhelm was on a roll, misinterpreting Edward’s orders. Uhtred, on the other hand, was in chains. Aethelhelm’s radical decision to by-pass King’s orders caught up with him. The unpleasant consequence of this was that Edward realized where he was wrong. Things started to get rigid with Aethelhelm. He started to take serious action and work on things. With that, we saw Edward in his Royal avatar. This was Edward’s first major moment on screen, he displayed his aura and dealt strongly with the situation at hand.

The Edward that we saw last was so different from the Edward in this episode. Things took a 180-degree turn and the man finally showed his Royal mien. His personality was as strong as ever, he went to Uhtred’s cell and he got a confession out of him. Which was a turning point for the whole series! The man never displayed his Royal demeanor ever since he was crowned years ago. But as soon as he entered the cell, it was intense. At this moment, Edward felt powerful, mighty like a King should. Not only did he admire Uhtred for his journey but he also talked about Uhtred’s fortitude and pain. There is no doubt about the fact that Uhtred has done what he could do to survive. The man courageously dealt with the situation at hand. Watching Uhtred and Edward is a conversation was the most surreal thing about this episode.

We need to get talking about Edward’s reaction to Mercia’s empty throne. It is the solution that would have never been suggested by his father, no matter what. Keeping in mind a Pagan ruling a kingdom of England would be disliked by the Alfred. It was a clever move on King of Wessex’s part. He’d still be at the helm of affairs, the Wessex is still in control of everything and anything. And most of all, Edward’s move leaves Uhtred no choice but to bend to the Wessex family. Edward is no fool in that sense, he envies Uhtred but he also admires him for his valor and courage. We know for a fact that Uhtred doesn’t break. Didn’t Alfred do everything to ensure Uhtred swear fielty again to the crown? Did Uhtred choose that? The man chose his freedom over everything else. We love a protagonist like that. Now let’s move forward and discuss what choosing freedom means for Uhtred– ironically this time it meant prison. Even after this episode, the man is bound to serve the King. Let it not be mistaken that Edward offering Uhtred the Mercian throne is a blessing. If anything, it means years of servitude and bondage. Uhtred is still bound to the Saxon, albeit in a different way. What that means for Saxon King and Uhtred in the future, only time will tell. We don’t have a definitive answer to that as of now.

So far we’ve only talked about Uhtred’s capabilities and abilities. The most important thing remains unchecked–Uhtred’s reaction to Edward’s offer to him. Whatever you say, the fact remains he was taken by surprise. Especially with Aelswith’s instant approval. It’s amazing to see the Queen repent everything. She’s been trying everything at her disposal. As we heard in Eadith and Osferth’s conversation– a poison too can be a cure sometimes. This episode was miraculous as Eadith’s witch potion revived little Aelfwynn. It happened in the nick of time for a reunion like no other. This wild chase that Aethelflaed has been on finally paid off in this episode.

The episode has broadened its scope too. The action has moved from Winchester, into Aeglesburg. It has spilled onto and over the Welsh border. This would obviously mean that there is a scope for the fourth season of The Last Kingdom. With each passing episode, The Last Kingdom feels bigger and bigger. It keeps cutting into borders and places. It began at Wales and then spread to a new contingent from Ireland. The Welsh border spillover means that The Last Kingdom has continued to grow, and it will keep growing in the years to come.