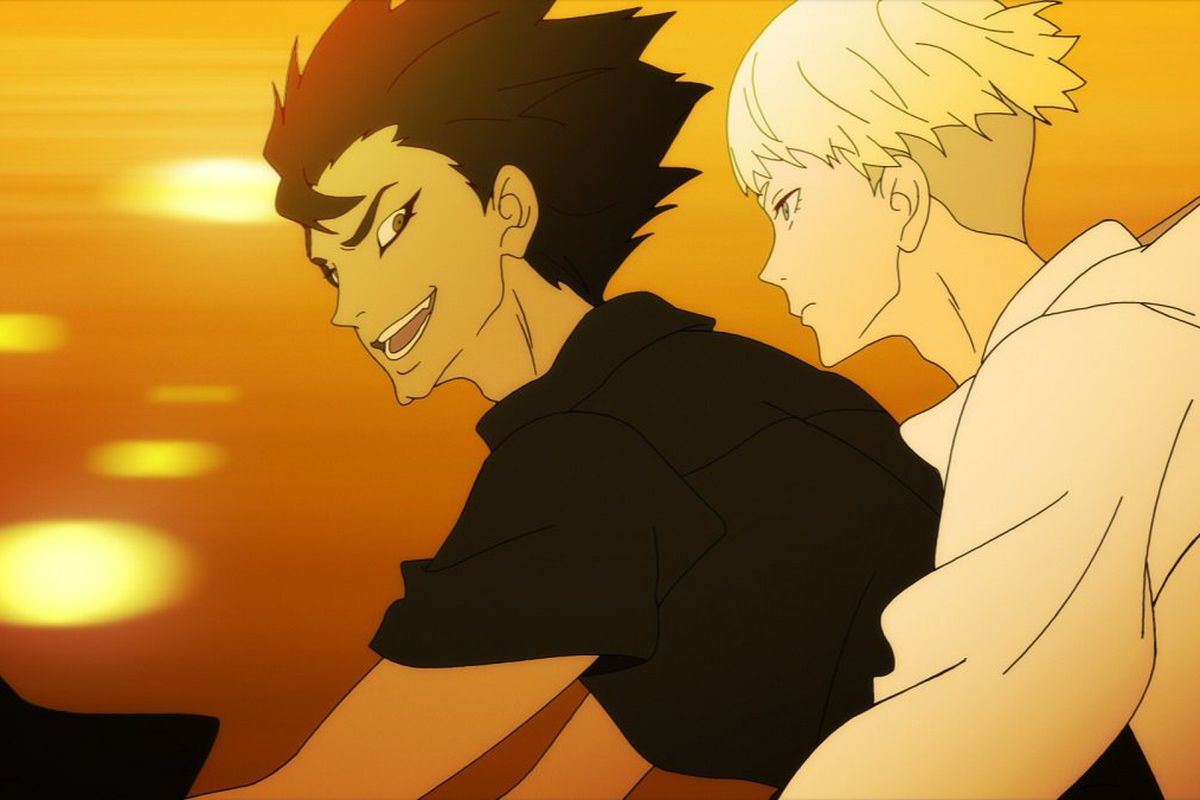 Well, the people who love reading mangas are aware of how amazing Devilman can be. The manga series has been written by Go Nagai and provides all the fans with an amazing story. Devilman Crybaby, an anime show that has adapted its plot from this manga itself, provides us with a new concept that is set within the same world. The show came out for the first time back in January of 2018 on the streaming giant Netflix. People who have already read the manga as well as a new audience both love the show. Majorly, the anime series was liked for the way creators portrayed its art and characters.

Also, Devilman Crybaby had so many action sequences packed in its episodes that made the fans of this theme quite content. This anime was liked by the fans till the point that it just had to win an award. Back at the 2018 Anime Awards show conducted by Crunchyroll, Devilman Crybaby was awarded the title of Best Anime of 2018. Well, if you have already watched the entire show and are now looking for something similar, then we have got you covered. Here we have wrapped up some of the most similar anime shows to Devilman Crybaby that fans might find worth checking out.

This anime show, Grave of the Fireflies, is quite a heart-warming tale on how World War II was affecting the normal people living their suburban lives. The plot throws the entire spotlight on a guy named Seita Yokokawa as well as his younger sister, that is Setsuko Yokokawa. They both are pretty traumatized by the battles happening all over the world while trying very hard to make ends meet. They even have lost their home, and their parents have died. The story follows their lives and how they navigate their paths through all the ups and downs.

Devilman Crybaby and Grave of the Fireflies have one thing very similar to each other that makes these anime specials. Both the shows are not afraid to showcase the cruel side of humans and how selfish people can be. The anime also pictures the horrors of the war and how the bombs from America keep on dropping on their country. The audience can get a taste of how even the good people have to close their doors because there is no other option left. 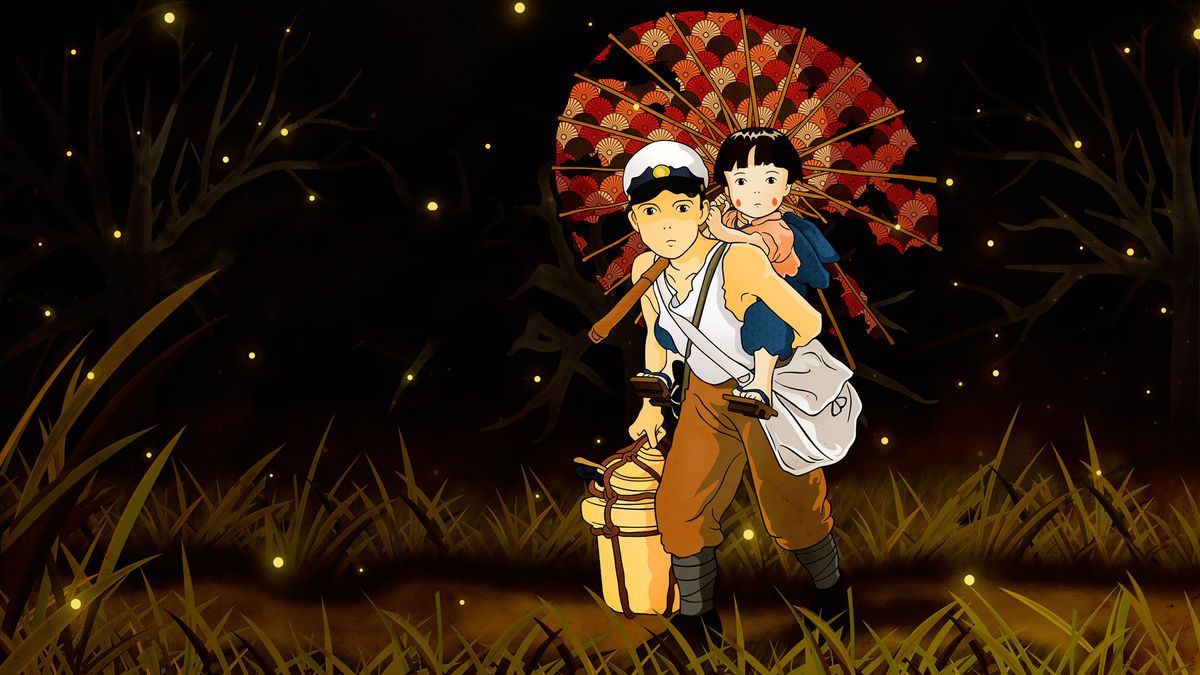 This anime show, Kill La Kill, is packed with action sequences so much that fans of Devilman Crybaby will love it. The plot is all about Ryuko Matoi, whose father has been murdered. As she is trying to find out about the killer, she comes across Honnoji Academy. This place is owned by Satsuki Kiryuin. While she is there, Ryuko fights one of the students. Despite the fact that she gets brutally defeated in this fight, Ryuko does not lose her hope and comes across Senketsu. This is a compelling piece of clothing and can not be found easily.

So as the story turns out, Ryuko becomes very powerful as the cloth attaches itself to her body. The entire anime is all about how the main protagonist wants to find out about her father’s killer while also defeating Satsuki. There is a special kind of similarity between Devilman Crybaby as well as Kill La Kill. At first, we see that Akira from the former show gets immense powers, and just like that, even Ryuko gets strength as Senketsu attaches itself to her. Kill La Kill has all the action sequences that a fan might crave, and it comes along with an amazing soundtrack.

This anime series, Tokyo Ghoul, throws light on Ken Kaneki. A fan who loved the soft side of Devilman Crybaby will enjoy how difficult it got for our lead protagonist in this anime. This guys wake up in a hospital one day and finds out that he has become a ghoul. This event happened after he got into a very deadly encounter with a woman whose name Rize Kamishiro. Actually, Rize was a ghoul who was stalking Ken for quite some time now. Ken falls for her beauty and asks her out, and this is when she strikes him.

Well, what is done is done, and this is why Ken can not change the way he is now. He has to lead a life now where he is half human and half a ghoul. Now, you must be wondering what similarity does this anime has with Devilman Crybaby? Well, in Tokyo Ghoul, we see how Ken, much like Akira, is trying to fit himself in the human world after he has gained a lot of powers after the big change. People who love action might also love this series because it has a lot of fight scenes that come with gore as well as brutality.

This is an anime film that is set in a new form of setting called Neo Tokyo. The timeline for this anime is set to be 2019. In this place, all the gangs and illegal criminals join their forces together against the government of Tokyo. The main protagonist of the show is Shotaro Kaneda. He is in a battle with another group called Clowns, and during that, his friend, that is, Tetsuo Shima, gets involved in a pretty bad condition with the government. The entire plot throws light on how Shotaro is determined to save his friend from the bad situation he has landed himself in.

Just like the concepts we have seen in Devilman Crybaby, the plot is very similar to what Akira shows us. First, there is a lot of action sequences that come along in science as well as fiction setting. A bit of disclaimer, though, this anime is not quite suitable for the younger audience to watch. Also, if a person has watched the entire Devilman Crybaby and is sure that they can watch an anime that is not afraid to push the boundaries, then Akira is something that you all need to watch.

This anime series, Shiki, lays all of its concept on a village named Sotoba. The place has endured so many deaths, and when the villagers are asked about the reason behind it, all they have to blame is a disease. On the other hand, we have a knowledgeable doctor, that is, Toshio Ozaki, who does not buy one ounce of what these villagers have to say regarding the deaths. He is fully aware that a disease can not create so much chaos at a place and cause so many deaths. This is why he joins his forces with one of his mates, that is, Natsuno Yuuki, to defeat Shiki.

Actually, these are the sole reason why Sotoba is facing so many deaths. Just like we have seen in Devilman Crybaby, Shiki also has all the themes and the concepts that are vital to make an anime excellent. The show has employed the genre of horror as well as violence. Also, Shiki is going to play with your head a lot, just like the former show did. I mean, you will find yourself sitting and questioning who is the actual villain in the show.

The setting of this anime, Texhnolyze, is a peculiar place called Lux that has been created by the humans themselves. This city lies beneath the real world and, among these people, is our main protagonist called Ichize. Well, this character surely loses some of his limbs when he loses a match with a fight promoter. On the other hand, this looks like a perfect opportunity for Eriko Kamata, who finds Ichise. This is when Eriko goes on to test her newest project called Texhnolyze, a prosthetics project on Ichise.

After being built with this new form of technology, Ichise comes across a girl named Ran. She tells him about the threat that Lux has on itself and how it is going to cause a possible end to the underground city in the upcoming future. Thus, he joins his newly found powers with hers in order to save the place that he lives in. Both Devilman Crybaby as well as Texhnolyze have a high dose of gore as well as fight sequence.

Also read: Anime To Watch If You Are In Love With Tokyo Ghoul.