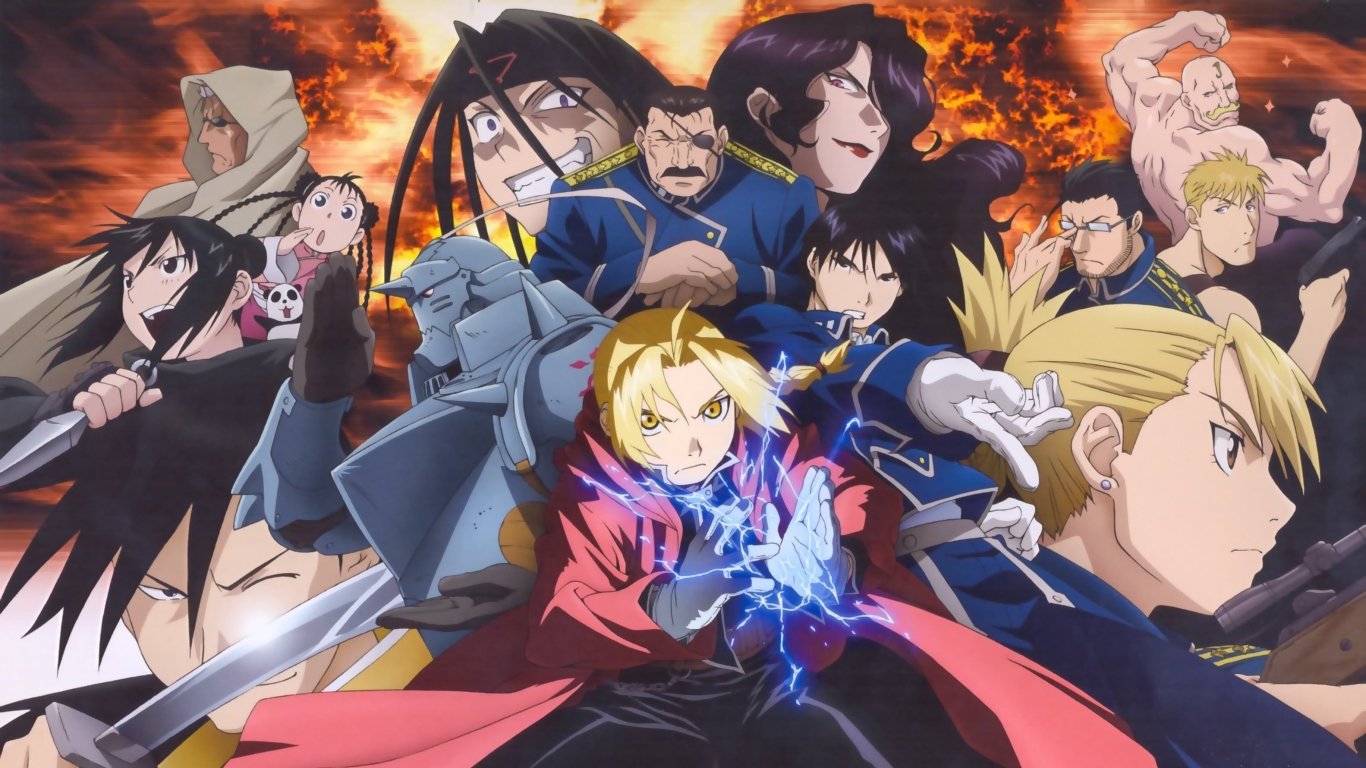 Since its establishment in 1998, Bones Studio has always been at the top of the list of great animation studios. Many of the most popular anime of the last two decades have come from them, and any time they launch a new film, everyone is willing to give it a shot, and even though the plot is lustrous, we know it’s going to be a great animation. Now celebrating its 20th year, the company has created the mainstays of the anime canon, such as the Fullmetal Alchemist: Brotherhood, Space Dandy, Eureka Seven, and the new My Hero Academy. It’s just a smattering of the 50 plus titles that the studio has generated over its 20 years of existence.

Space Dandy is a combination of Cowboy Bebop and Jojo’s Bizarre Adventure, and it sounds special in its own way. We encounter Dandy who is a bounty hunter whose task is to track down aliens who are deserving of a reward. His career could be the least boring job in the world right now. Made of amusing characters, he experiences the scenes of the top action along the way. It may not be a classic anime like cowboy bebop, but it’s certainly a more modern and funnier equivalent. The cast and the designs are so amazing that you’re totally immersed in the film. The alien cat squad and the vacuum robot are definitely the funniest on this page. Although not a lot of character development is expected, you’ll forget about the sheer amount of comedy in the series.

Edward Elric is a prodigy young alchemist. When he was just eight years old, he and his brother Alphonse attempted the greatest tabuism of alchemy: to resurrect their dead mother. They failed, and Al lost his body, while Ed lost his left arm; and because he didn’t want to destroy his child, Ed also sacrificed his right leg to trap Al’s soul in a hollow armor suit. Still, years later, Ed works for the State Alchemists, thus helping his brother to locate the Philosopher’s Stone, a mythical alchemy invention that is believed to be able to break all alchemy laws and therefore return their bodies to their original form. There is very little that has not been said about the Fullmetal Alchemist, Hiromu Arakawa’s immensely popular manga. In 2003 Bones made the first adaptation of anime,

The “School of Superheroes” is a common term in western cinema, largely attributed to the ‘X-Men’ franchise. ‘My Hero Academy’ has a similar premise that may sound a little too clichéd, but the amazing cast of characters is something that makes it a heck of an anime film. It’s about a boy named Izuku who lives in a world where nearly 80 percent of the population has super-powers dubbed “quirks.”
Sadly, Izuku belongs to the remaining 20% who do not have any powers at all, and because of this, it also becomes a convenient target for bullies. Yet one day, the act of heroism in which he saves the life of his bullies from the bad guy changes it about him. This occurrence often draws the interest of his idol, All Strength, who then shares his own influence with Izuku. But with this newfound “quirk,” Izuku first had to set out on an adventure to learn how to manage his talents at UA High.

The new anime from Cowboy Bebop director Shinichiro Watanabe comes in time to celebrate the 20th anniversary of Bones. The series takes place in a not-so-distant future in which mankind has colonized Mars, and AI technology is used for nearly everything and anything, including music production and writing. As of Tuesday, the runaway daughter of a senator encounters Carole, an orphan struggling to make ends meet while playing music on the streets of Alba City, the two easily reach her and start writing poetry. The series chronicles their rise to stardom as a singer-songwriter duo in the world of technologically generated pop stars. Carole & Tuesday, in a way, is a cap to what Bones is known for: amazing environments, beautiful animation, science fiction, and a lot of core.

The most recent series from Studio B, Mob Psycho 100, is a rumor of affection, strength, and passion. The series takes place in a world where psychics still exist, no matter how often the society believes crackpots are only trying to make a fast buck. Reigen, a lovable crackpot trying to make a fast buck as a mystic, takes Mob, a middle school student with extremely strong psychic powers, under his wing as an apprentice. Mob’s powers become more and more difficult to manage the more emotional he gets, and as a result, he tightens them. At the heart of the series is learning how to process your feelings and have compassion for your enemies. Though Mob Psycho 100 sounds like learning more about the action side, narration appears to skip confrontation in lieu of the gossip of morality and fellowship.

‘Noragami’ is the story of Yato, a self-proclaimed “delivery god.” But despite being a godly figure, he has almost no worshipers and no sanctuaries devoted to him. Desperate for money, he does odd jobs every day and dreams of getting millions of devotees someday. Yet his hopes are far from fulfilled, and things get worse for him as his arm partner becomes bored of all his mistakes and tries to abandon him. One day, while crossing the lane, Yato was almost struck by a car when a girl named Hiyori saved her life by taking the struck herself. And if she manages to survive the crash, her soul is destroyed, and her spirit insists that Yato take her back to her body. When she figures out that Yato is searching for a new girlfriend, she helps him find one and hopes that they will be able to find a way to take her back to her own body along the way.

It is not necessarily a blessing to be able to see supernatural entities. For Atsushi Nakajima, it’s a total trap, since he’s the only one that can see a phantom tiger that creates havoc in the orphanage where he lives and is therefore blamed for the havoc and forced out into the streets. Being an orphan means he’s left without food, shelter, and, to make matters worse, he’s always pursued by a wild tiger. By accident, he encounters and saves Osamu Dazai, a mystical detective who is still on the tiger’s course while he’s not attempting to kill himself. As a result, Atsushi is hired into Dazai ‘s squad, a crew of supernatural investigators who deal with certain crimes that the cops just can’t cope with. Based on the manga of the same name by Kafka Asagiri and Sango Harukawa, Bungou Stray Dogs is a rather good mystery tale that becomes a tribute to other great foreign writers.

The series is a dark adventure series that tells us the story of a pack of wolves searching for a place called heaven to spend the rest of their lives. It’s a little underrated because it’s still undervalued, well-known for its narrative, and I was surprised to hear that this anime was created in the early 2000s and a well-made animated series. The plot is told from the perspective of the wolves, but it also switches to supporting human characters, who are also the most interesting aspect of the show.