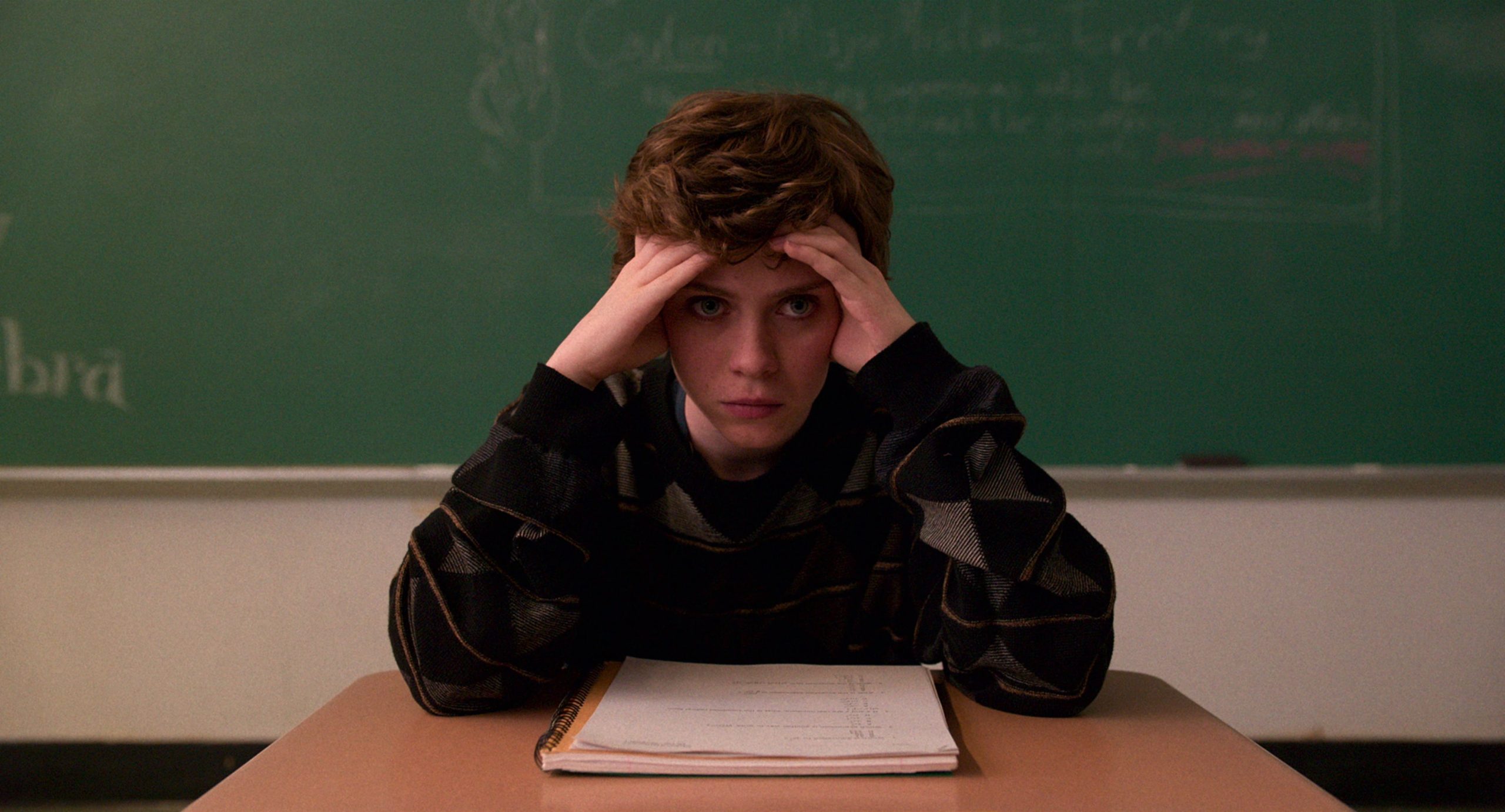 Fantasy is one genre that keeps giving. It has something to offer everyone, and at the end of the day, all of us are better for it. There are several themes fantasy fiction is based on, but they all have one thing in common – they are extremely intriguing and engaging. This makes for great entertainment since engagement is what all of us are looking for at the end of the day.

Movies in this genre are something to look out for, no surprise there. But shows that fall under the fantasy category are a different ballgame altogether. They establish storylines that none of us would have thought would work before. They are over the top and beautifully so. Now, there are many shows in 2021 that would make for good fiction. But not all of us have the time or the energy to list them all down. Well, almost all of us. We here know that it is our responsibility to bring these shows to your attention, and this is exactly what we intend to do with this article. Listed below are eight dark fantasy shows that will leave you awestruck and wanting for more. Read on and get ready to have your mind blown. 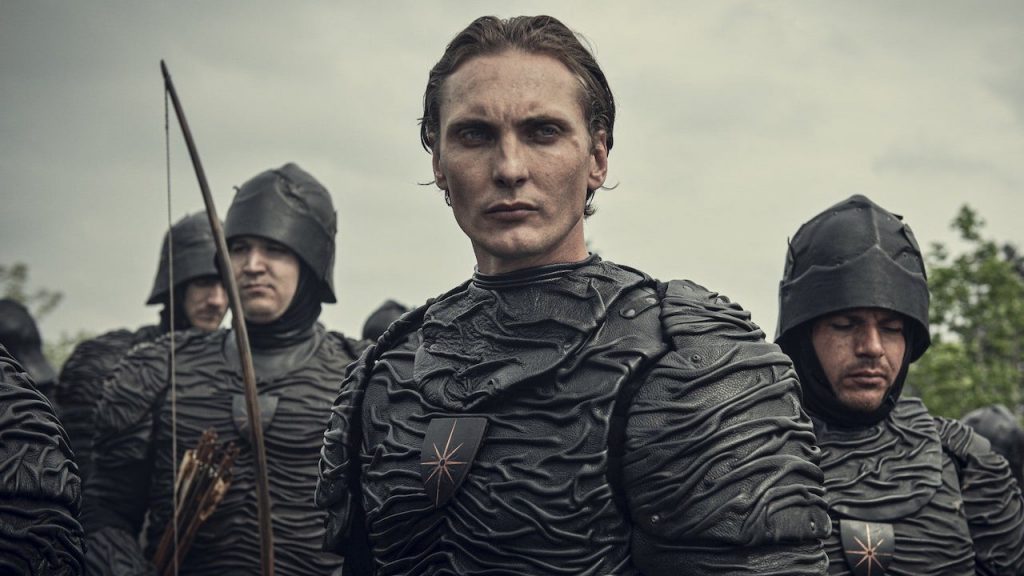 The plot of The Witcher follows the story of Geralt of Rivia. He is the Crown Princess Ciri and is a fascinating character if you are to look at the arc that the story has taken during its one-season run so far. The focus of the storyline also shifts to a sorceress called Yennefer, who belongs to Vengerberg. This happens during different parts of the timeline. The story explores how the events leading to the present have shaped the characters to be who they are. All of the details finally pool into a particular point in the timeline, which deals with the invaders from Nilfgaard. 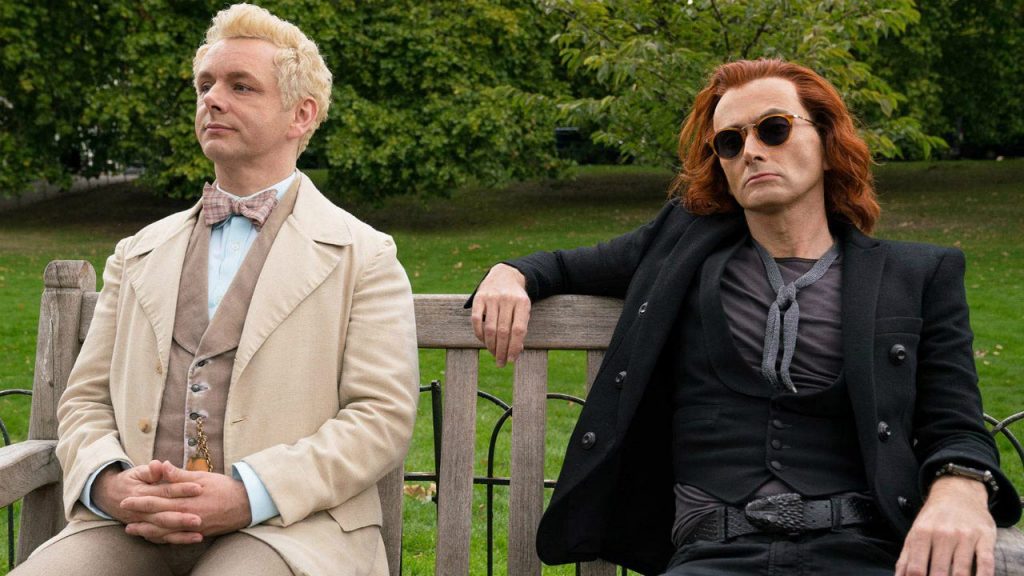 This is one of the most interesting fantasy series on this list. Trust us, we know what we’re talking about. Adapted from a Neil Gaiman novel of the same name, Good Omens first premiered in 2019 and managed to steal hearts. The storyline focuses on a fascinating team consisting of the angel Aziraphale and demon Crowley. The two have given themselves the task of saving the earth from the end: Armageddon. They now have to do everything in their power to stop it from happening, and that includes finding the missing Antichrist. To our surprise, he is an 11-year-old boy who has no idea of who he is or his fate. Will the pair succeed in this quest of theirs? You will have to watch the series to find out! 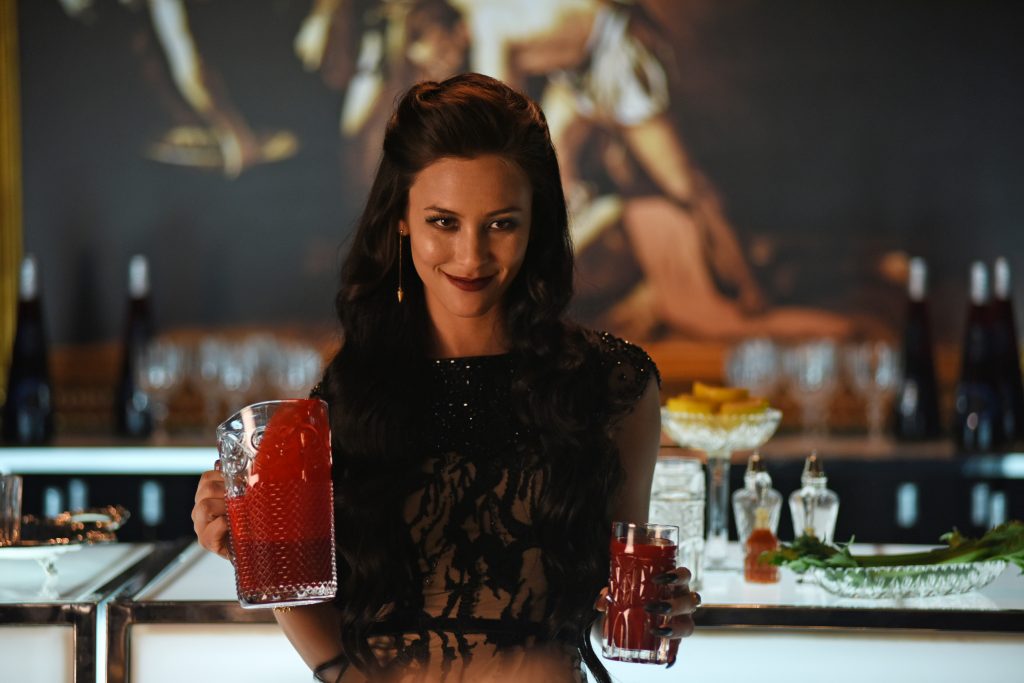 This one is a loose adaptation of the Mortal Instruments novel series by Cassandra Clare. Shadowhunters has managed to secure an audience for itself, and knowing the series, we know why. The plot revolves around the main character: Clary Fray. Being only a teenager, she soon discovers a dark secret concerning her life and identity. She is part of a secret group of half-human and half-angel people. They call themselves the Shadowhunters, and their main goal in life is to hunt demons. After her mother is kidnapped, Clary now has to immerse herself in this new life and seek the help of fellow Shadowhunters to save her and, in the process – learn more about herself and her lineage. 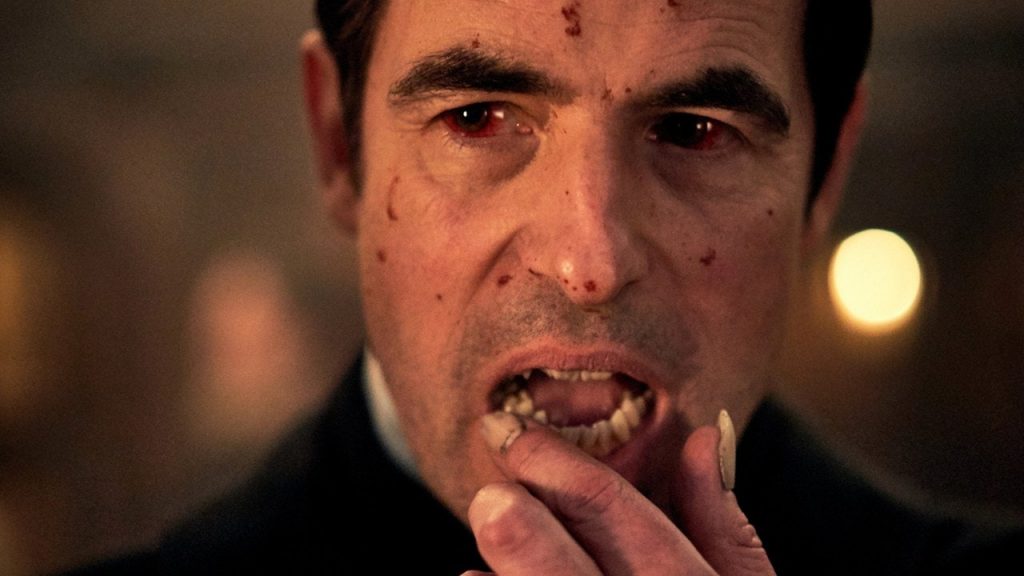 This is a comparatively new show, but that does not stop BBC’s Dracula from setting itself apart from others. The storyline is one of the oldest ever. The plot follows the mysterious Count Dracula. It kicks off when Jonathan Harker leaves for Transylvania to secure a business deal concerning the property in London. Little does he know that he is to find soon himself trapped in a place that is swarming with the undead whose leader is a vampire named Dracula. The series captures the essence of the storyline beautifully, and the scenes are aesthetically pleasing to a large extent. 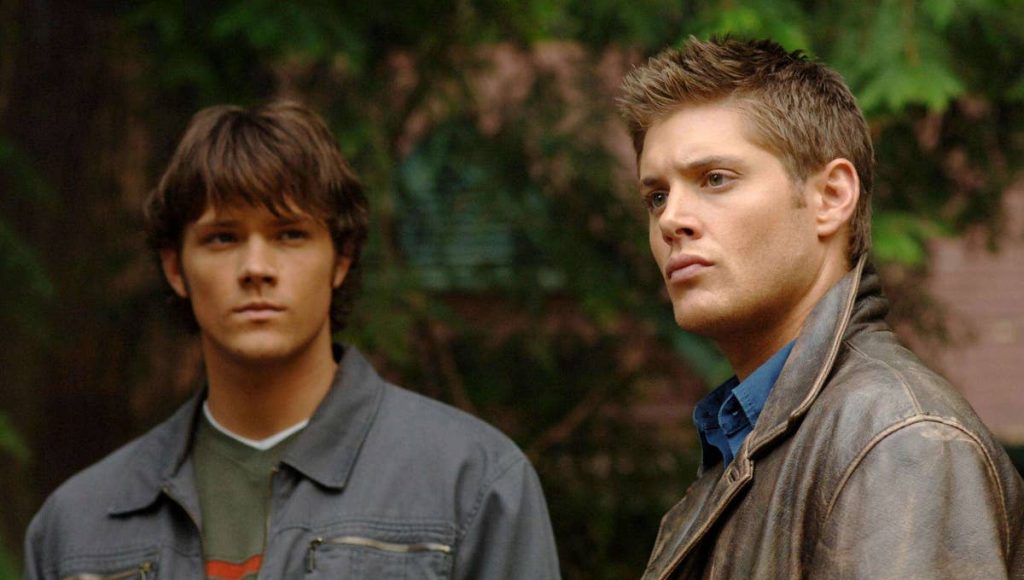 Now, who doesn’t love old Sam and Dean? This is one show that is so beloved by the audience that we saw collective tears when it finally came to an end earlier this year. Supernatural follows the adventure of the beloved brothers mentioned above. Sam and Dean are fated to follow in their dad’s footsteps and do what he did best: hunt down demons and other forces of evil and save the earth and its inhabitant from a very dark future. The show has had a runtime of about 15 years, and you already know that it’s good since the audience never seems to tire of it. If you are looking for something with deep-rooted plots and character arc, Supernatural is the show for you. 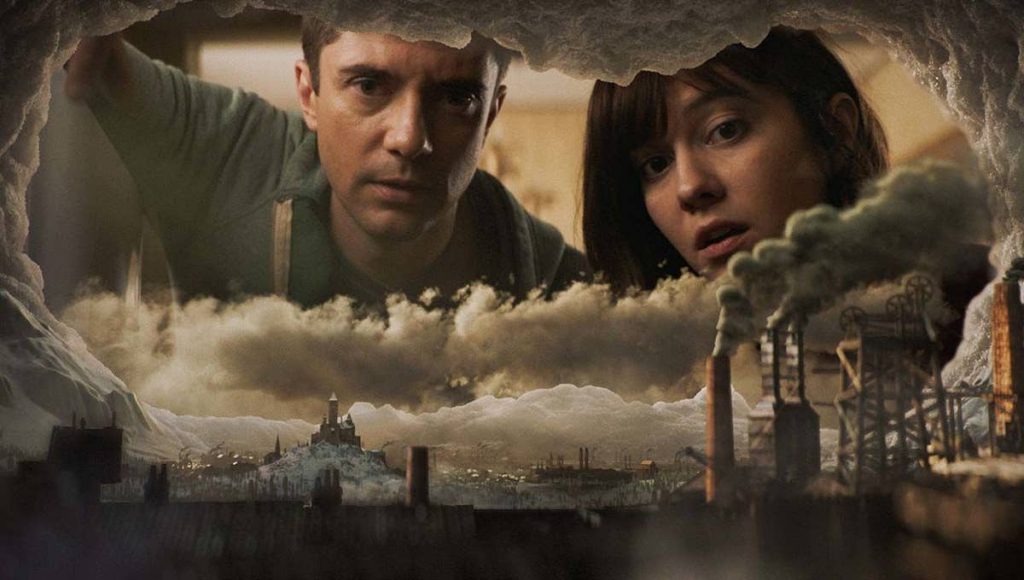 This is another series that is so critically acclaimed that it would be a shame not to watch it. This series does not follow one but several plotlines. How? You might wonder. The show is a collection of multiple short stories that feature world-class animation. It spans across different genres and covers a whole bunch of themes in a different and extremely entertaining manner. The show also does not belong to a single genre – it consists of storylines that belong to different categories like sci-fi, comedy, horror, and our favorite: fantasy. If you are looking for a show that will give you a good deal of mental stimulation while being fun to watch, Love, Death & Robots should be your pick. 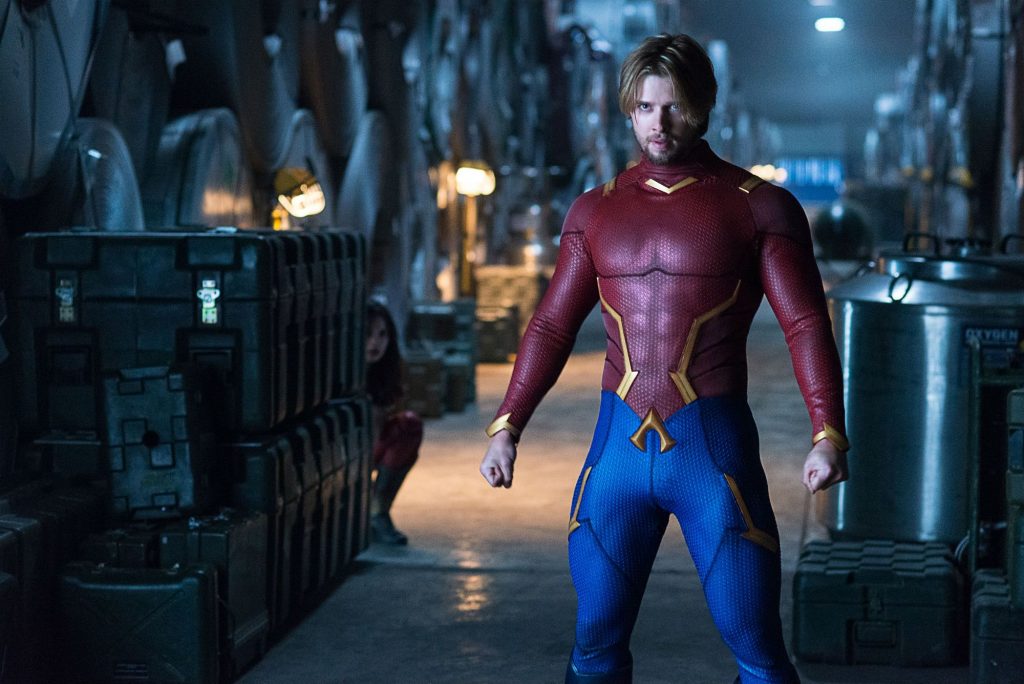 Where would the world of fantasy be if it doesn’t feature a few superheroes in it? Well, we wouldn’t want to think of it because it really would be a sick, sad world. For your superhero fix, we bring to you Titans. This spans a run time of 2 seasons and is a hit amongst fans of the genre.

Featuring Brenton Thwaites, Anna Diop, and Teagan Croft in the lead, the plot follows a group of teen superheroes called the Titans. The series is a different take on the lives of multiple superheroes belonging to the DC universe as they discover their powers and who they really are. The heroes soon find mutual love and respect for each other and become a chosen family of sorts. They now band together to fight evil and save mankind from danger. If some action is what you need from your entertainment, Titans will give you that and more. 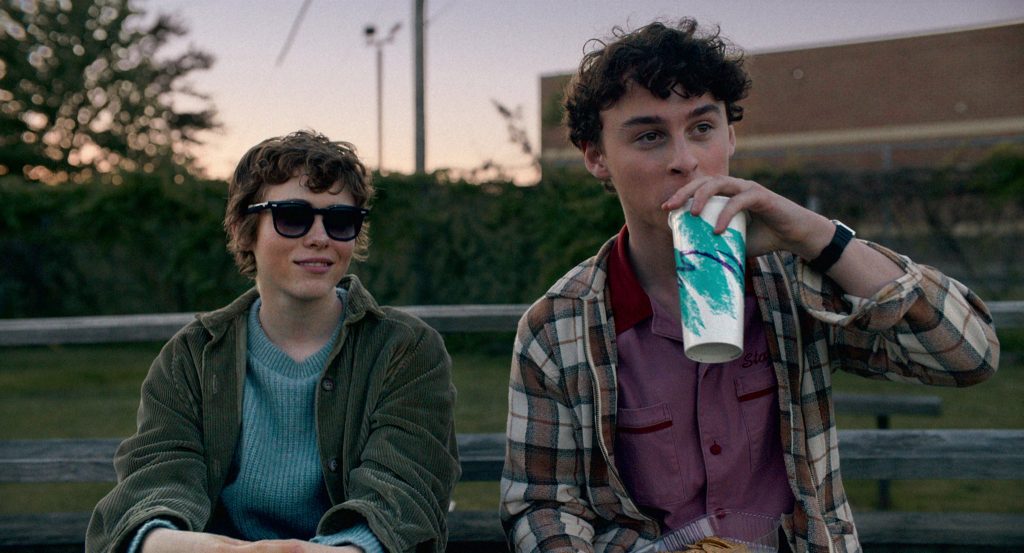 I Am Not Okay with This

In the long list of shows that had actual potential but were canceled due to the pandemic, we have I Am Not Okay with This. This is a teen comedy-drama that takes on a supernatural element when you least expect it (think Stephen King’s Carrie). The show featured Sophia Lillis, Wyatt Oleff, and Sophia Bryant in the lead and had managed to lure in a huge bunch of fans when it premiered on the streaming platform Netflix earlier this year. The plot is fresh, new, interesting, and entertaining. The show is based on Charles Forsman’s graphic novel and deals with several themes like sexuality, abuse, mental health, and more.

The plot of ‘I Am Not Okay with This’ follows the teenager Sydney as she tries to navigate through high school, her family, relationships, and sexuality. But little do we know that this unsuspecting teen has more on her plate than we initially thought. Soon, we discover that she has superpowers that involve mind control and telekinesis. Sydney is now bombarded with more issues than any of us could deal with, and the show ends on a mind-numbing cliffhanger. Knowing the fate of this series, this might be a sour note for most of us, but it still is a great pick for fans of the genre.

Read More: 8 Coming of Age Movies You Should Look Forward to Watch in 2021