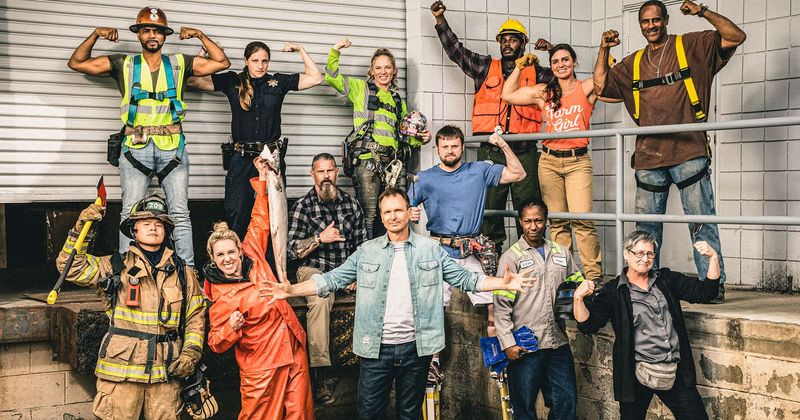 Tough as Nails is an American Reality Competition show premiered on CBS on July 8, 2020. Phil Keoghan is the host of the show. The show’s plot is to feature contestants competing in challenges at job sites that test their toughness. One Participant is eliminated in each episode of the show. A total of twelve contestants are tested in competitions at real-world job sites with difficult tasks that test their strength, life skills, endurance, and mental toughness. Contestants are divided into 6-on-6 teams, and each team completes the challenge. Individual Competitions and elimination battles are referred to as ‘Overtime.’

Contestants who lose elimination challenges do no lose the game, unlike other reality competitions, and still, have the opportunity to win additional prizes during team competitions. Every team competition provides the winning team $12000 ($2000 for each member) and earns the team that challenges the Badge of Honor. The team which can collect the maximum badge of Honour by the end of the season receives an additional cash bonus of $60000 ($10000 per contestant). If both the teams have the same number of Badges of Honour, they will hold a tiebreaker.

In every episode, all the contestants complete individual challenges to stay running to win the Grand Prize. The lowest performer in every individual challenge gets to work Overtime, with the loser of the overtime challenge eliminated from the individual competition (referred to as Punching Out in the Show). At the end of the show’s season, one contestant is crowned with a Tough and Nail champion and wins the grand prize of $200,000 and a beautiful Ford Super Duty Truck. 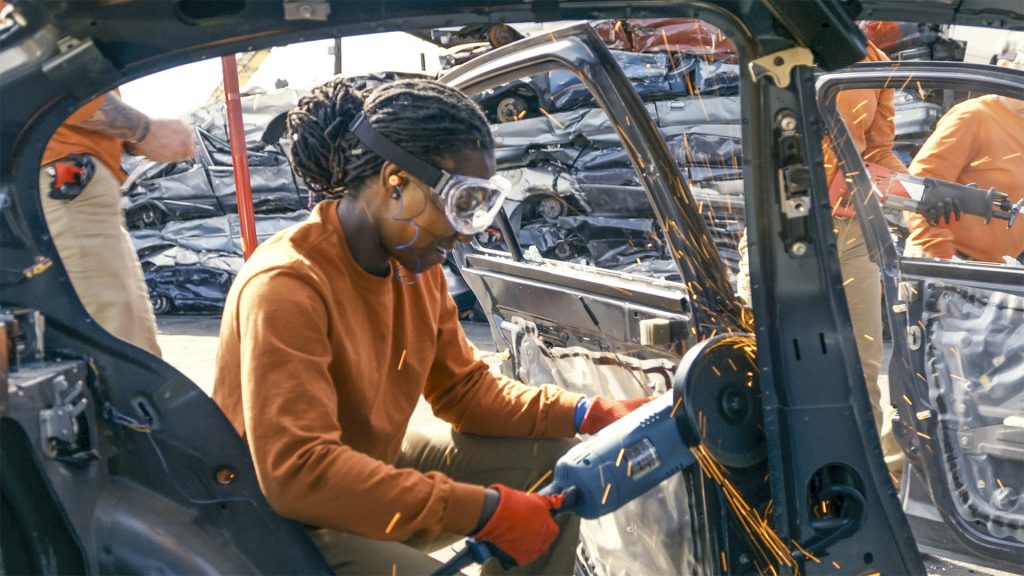 On October 3, 2019, it was announced that a 10 episode ordered series named Tough as Nails will be available to watch on CBS soon. The show’s host is Phil Keoghan, and he also serves as an executive producer alongside his wife, Lousie. In early November, a nation-wise casting search starts in various cities such as St. Louis, Chicago, Las Vegas, Cincinnati, Detroit, and New York City. The announcement was made that the series will premiere on July 8, 2020. Each episode of the show is approx 2 hr. The Executive producers of the show are Phil Keoghan, Louise Keoghan, and Anthony Carbone. Production Companies are Raquel Productions and Tough House Productions.

Title and release date of the episodes

The release date of the last six episodes of the show is not announced yet but will available soon.

Contestants Of Tough As Nails Season 2

The cast for Tough as Nail season 2 was announced on 6 January 2021. Here is the list of 12 hardworking American Citizens who will compete with another competing team in the show.

The first one is 29 years old Angel Castillo. He is a construction foreman. His hometown is Miami, FL. He used to manage and coordinate construction sites.

Aracelis “Celi” Gracia is the next contestant. She is a travel nurse, and her age is 31 years. Aracelis lives in Lancaster, PA. She could be described in three words- loving, motivated, and positive.

MUST-READ: Top 5 Character We Won’t Be Seeing In The MCU Again

The third contestant of Tough as Nail is Patric Hargan. The 49 years old Patric is a UPS delivery driver. His hometown is Flourtown, PA. He can be described in three words, i.e., faithful, humorous, and hard worker.

The next contestant is 43 years old Iraida Mujica. She is a Transport Truck Repair. Iraida lives in Miramar, FL. She is beautiful, smart, and a hard worker.

Liz “Knuckles” Nicholas is the next contestant. She is a cement mason. Nicholas is 36 years old. She lives in Waltham, MA. She is determined, Strong, and Kind.

The next contestant is Merryl Tengasdal. She is a retired Air Force Colonel who was a combat aviator for the Navy and Air Force. Tengasdal is 49 and lives in the Bronx, NY. She could be described in three words – driven, Creative, and Passionate.

The next contestant is Michael “Eyebrows” Guerriero. He is a 43 years old Bricklayer. Michael lives in Queens. He is Energetic, Loyal, and a Great Personality.

Another contestant is Sarah Burkett. She is a Pipe Welder. 41 years old Sarah lives in Chesterfield, VA. There are three words to describe her – Hard worker, heart, and Driven.

Scott Henry is another contestant who is 40 years old. He is the construction superintendent. He lives in Orem, UT. he can be described in three words, i.e., Loyal, Goofy, and Competitive.

The tenth contestant is Swifty Sanders. He is a Steelworker of 43 years. He lives in East Chicago, IN. Three words to describe him – Blessed, Driven, and Tough.

Tara Elverson is the next contestant. She is 38 years old and a mariner. Her hometown is Bothell, WA. There are three words to describe her – Gritty, salty, and Artistic.

The last contestant is Cyril “Zeus” Ontai 3. He is a Lineman. 29 years old Cyril lives in Honolulu, Hawaii. He could be described in three words – Self-motivated, innovative, and Optimistic.

Comment down if you are too excited about this adventurous show.