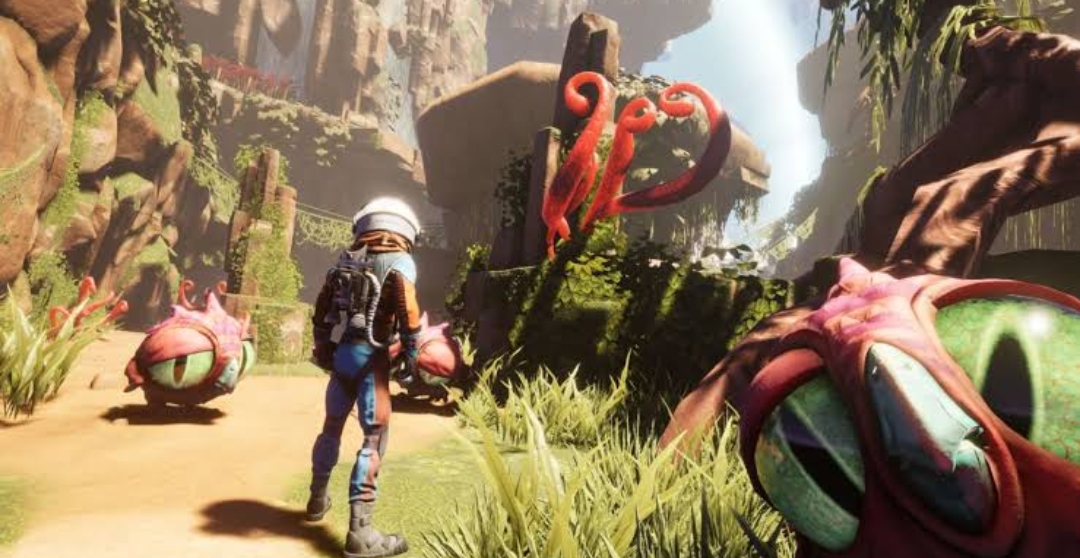 journey to the savage planet

Journey To The Savage Planet is a new pulpy sci-fi game, but the name is quite indirect. The name “Savage Planet” suggests some themes of hostility and survival. The game features the dangers of life in the hostile frontiers of space. However, the main focus is not about killing and violence but mainly about exploration. The game has tried to give an experience of an adventurous sci-fi journey with lots of humor and a charming environment.

What is the game Journey To The Savage Planet about?

The game is set on a single planet, which is somewhere deep located in space. The protagonist, whom the player’s control is trapped in the boots of an employee of kindred Aerospace. The planet will make you explore flora and fauna. We will have to find if the planet is suitable for human beings to live as climate change in the earth is getting worse.

The game allows the players to craft equipment and tools as it progresses. You are free to go explore the planet and find the various parts. However, many places will be inaccessible. The focus has been given to flora and fauna, and the question is that will it just make the planet look more beautiful or actually be part of the gameplay. Some of the plants can help to increase health and also to craft explosives. There are resources available for the players to find out the various crafting methods as well.

The exploration is fun, and there is no fear of getting lost anywhere. The planet has three biomes. We can choose from the different paths and can always return to the initial path too. This makes the exploration fun and lets up be a bit nosey. There are craggy icy caves and glaciers to explore along with overgrown pink and turquoise mushrooms. Then there are the floating islands of the Elevated Realm. Fans are going to love this leisurely exploration your which gives some futuristic vibes.

When will Journey To The Savage Planet come out?