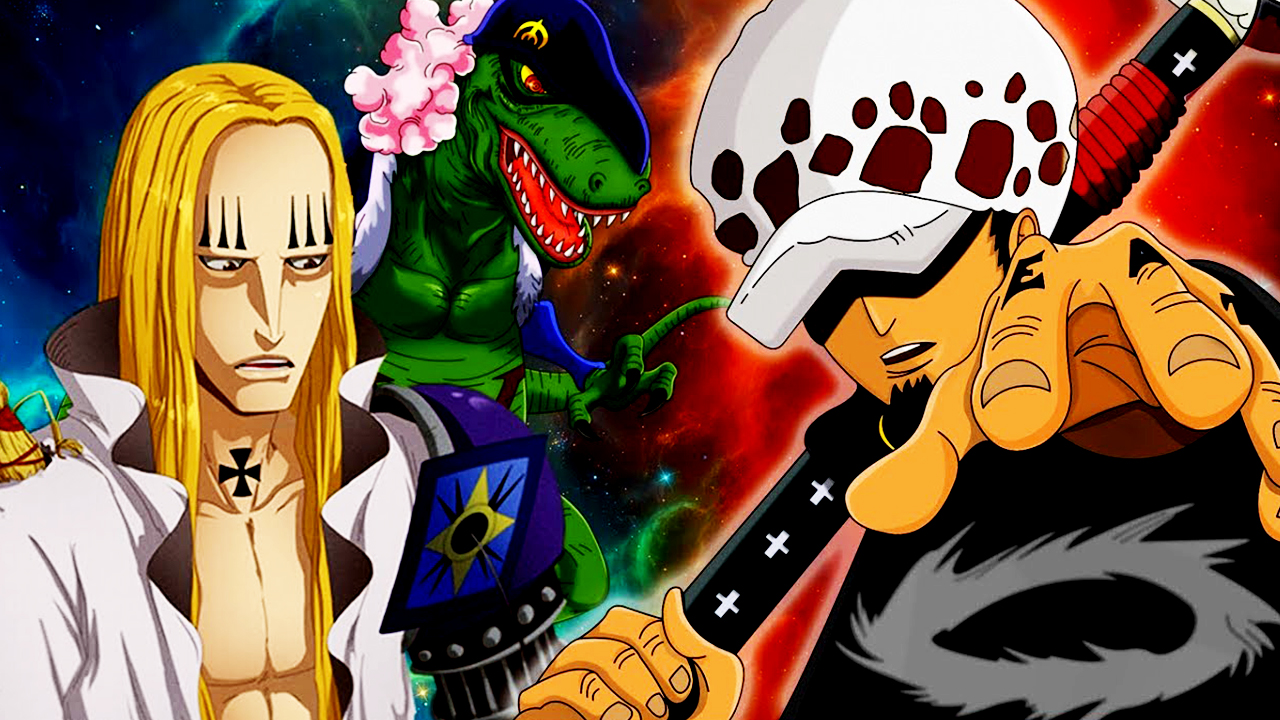 One Piece chapter 990 was incredible. It was looking at multiple battles at once, each one important in its regard. Kaido is on the roof of Onigashima and the nine retainers of Oden called the Akazaya are fighting to take him down. In response to this attack, the Beast Pirates gathered to protect their boss. The main man, the All-Star ‘Jack’ took on all the Minks attacking in the Beastly Sulong form. Jack looks injured but he was successful in defeating many of the Minks. This is when Kinemon wants to attack Jack but the Mink Lords were the more interested in facing Jack. They have the opportunity to pay him back for the torture at Zou Island.

While this battle is underway, King contacts all the Flying Six to inform them about the current situation. The 30,000 Beast Pirates celebrating the fire festival are attacked by a force of 5000 Samurai and their allies. Luffy and his crew have faced bigger crews compared to this in the past but the top tier fighters are on another level nonetheless. It is the emperor at the top that will be the hardest to beat. Despite the unfavorable odds, maybe the crew is finally ready to give it their all and beat the Emperor’s crew.

The odds got better for Luffy when X Drake decides to join him in this cause. X Drake is an undercover marine rear admiral that made his appearance in the story during the Sabaody Arc. He was included in the worst generation of Pirates by Shakky, the rookie pirates that gathered together on the Archepheligo 2 years ago. Coby was seen in the thoughts of X Drake as if these two had a conversation about Luffy. X Drake may have been trained under Garp at some point.

One Piece manga is going for another delay in the next week as planned by the Weekly Shonen Jump. The Release Date for Chapter 991 is going to be 27 September 2020. The English Version of this chapter will be available on Manga Plus by Shueisha. This chapter is expected to give more information about X Drake and also feature the fight between Jack and the two Mink Lords.

I would like to point out one more detail from Chapter 990. This is about the conversation between X Drake and Basil Hawkins. Hawkin is a fortune teller along with his other abilities. His predictions are usually very accurate. Talking to Drake, he predicts the life expectancy of an unknown man, to be 1%. This could be an early hint to the death of someone very important at the end of the battle. These two were also involved in the escape of Trafalgar Law as he was seen gravely injured earlier in this arc. Some People suggest that Law is going to die in this Arc. However, the prediction was so general that it could be anyone from the enemy or allied groups. Anyhow, Hawkins is also going to change allegiances in the coming chapters.

Kid, Hawkins, Law, X Drake, and Luffy are those rookie captains that were expected to cause massive waves in the world. All of them are soon to attack Kaido and his crew with Luffy leading the charge. The ambitions that started from Saboady are finally bearing fruit. It is time for Luffy to claim the Emperor seat and the setup is complete for that final battle. It is exciting how powerful allies keep joining Luffy even at this point in the battle. The Samurais have no intention to back down now. There is no other option but to liberate the country. Henceforth, it is an all-out war that will change everything for the coming final arcs of One Piece.