Here is all that you need to know about 42 Dugg! 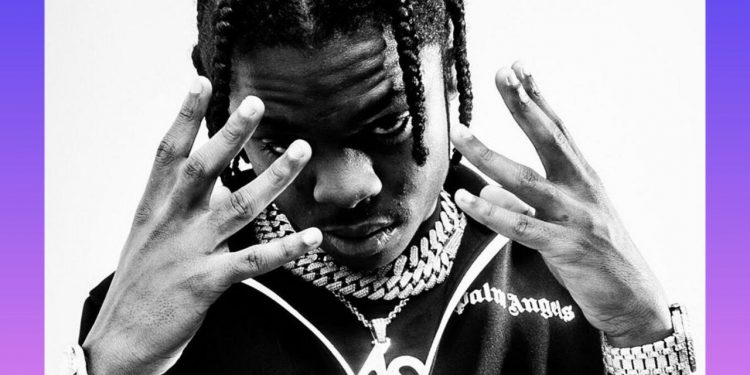 Let us find out that what is the Net Worth of 42 Dugg! If you are a person who loves listening to hip-hop raps, then you must be aware of this young prodigy whose talent lies even beyond the imagination of his fans. And if you are unaware of him, then no worries! Allow us to introduce you to this young American rapper. 42 Dugg is his stage name; however, his original name is Dion Marquise Hayes. He was born on 25th November 1995, and so, as of now, he is 26 years old. He was raised on the East Side of Detroit, Michigan, near Whittier Avenue & Wayburn Street. Dion grew up listening to Jeezy and Yo Gotti.

If you are wondering that how Dion Marquise Hayes got the stage name of 42 Dugg. Then, the number ’42’ is a numerical reference to a local group known by the name of the Hustle Boys. But who are Hustle Boys? Well, they are a Detroit branch of the 42 Gangster Crips of Los Angeles. The life of Dion Marquise Hayes can serve as an inspiration that it’s never late for a change. And when that change is for something good, then even the last-minute awakening can help you to change your life beautifully! When he was just 15 years old, he was arrested and sent to jail for a total of four years. This decision was put forward following his act of carjacking.

But while imprisoned, he got indulged in a serious fight with an inmate. Following which his prison time got extended for a total of 6 years. Moreover, he spent a month in solitary confinement on two occasions. But he hasn’t allowed himself to waste these years. Dion Marquise Hayes used this time in writing lyrics. When he was released out of jail, he was 22 years old.

In 2017, he met fellow American rapper Lil Baby, with whom he has done several hit collaborations. When he started following his passion for music, he got to live the life of his dreams. And his successful journey is not only lined with huge global fame but he also got blessed with a healthy Net Worth. But what is the Net Worth of 42 Dugg? Well, if you are curious, then the next section of this article awaits you. It has enough potential to solve your every doubt related to this young prodigy! On this note, let us begin our hunt!

Net Worth of Dion Marquise Hayes A.K.A. 42 Dugg

Well, the Music career had gifted Dion Marquise Hayes A.K.A. 42 Dugg with a whopping Net Worth estimated to be around $2 Million. 42 Dugg follows two genres, namely Hip Hop and Trap. After writing slam poetry with Lil Baby, currently he is signed jointly to Yo Gotti and Lil Baby’s respective labels Collective Music Group (CMG) and 4 Pockets Full (4PF), in conjunction with Interscope Records. The very first time when he grabbed the central stage lined with starlight was when he collaborated with American rapper Lil Baby. Their fans loved their collaboration on “We Paid” and “Grace.”

It would be interesting to note here that “We Paid” became his first top 10 on the Billboard Hot 100. Then, his second mixtape, “Young & Turnt 2,” had helped him to make his debut on the Billboard 200 chart. And lately, in 2021, he released his fourth mixtape, “Free Dem Boyz.” And potentially, it peaked at number 8 on the Billboard 200! Regarding 42 Dugg’s musical style, in his music, he usually uses a mumbling vocal style accompanied with auto-tune. He also has his signature sound, which, interestingly, is his whistle.

Lately, on 10th March 2020, Dion Marquise Hayes A.K.A. 42 Dugg was arrested on federal gun charges. The criminal complaint says that the surveillance video showed him possessing a 9 mm Glock pistol. Moreover, he was also being seen loading and firing it. Then, on 5th June of 2020, in a rented SUV, he tried to escape from a traffic stop. Moreover, he spent two months as a fugitive. The officials had then worked with the rental company to catch him. He was finally caught on 4th August 2020. Following which he was charged with a third-degree felony for trying to escape from police. But then he was released on a $20,000 bond.