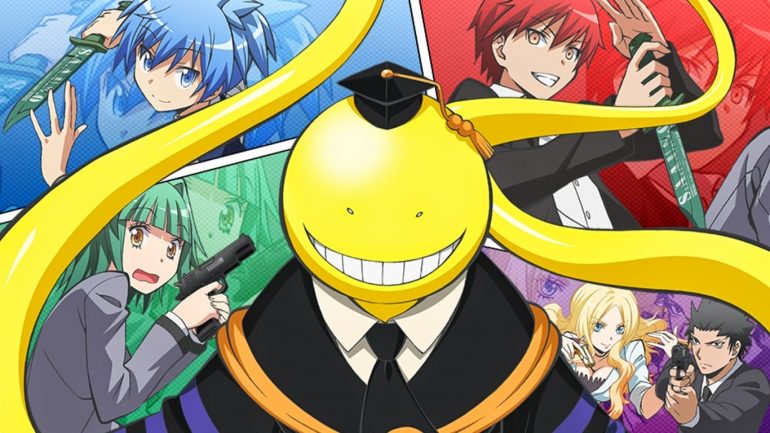 Best Anime That You Can Watch On Hulu This September

For all that Netflix is good for — its original content, documentaries, international TV shows — there is one genre that Hulu has particularly excelled in: anime. Before Netflix had dreamed of making an original anime, Hulu had already accrued a treasure chest of titles that had only gotten bigger over the years. That, evidently, makes flipping through the infinite pages of anime overwhelming for curious outsiders. If you’re struggling, we’ve broken down what’s available right now into the quintessential titles of various genres, and what to do with them when you’re eventually searching for more and more.

This may be the biggest TV show I’ve ever seen — not just anime, but TV, as a whole. The extremely complicated show has one of the easiest concepts since the series follows Dandy, a bounty hunter, and his peculiar crew on the hunt for exotic alien creatures. Masterminded by Shinichiro Watanabe (a name that’s going to come up a lot here), every episode brings Dandy and company to a different world, apparently making it a new show every time. One episode is a zombie book, the next a romantic drama, or even an intergalactic dance battle. Another installment relies solely on the concept of a robot seeking to learn and appreciate how to love.

While Ergo Proxy lasted just a single season, it made quite an impact thanks to its spectacular visuals and often challenging philosophic tales. It takes place in the future, where humans and androids reside side by side in harmony before the virus gives the androids a sense of self-consciousness and an urge to destroy. Inspector Re-l Mayer soon learns that another species named Proxy may carry secrets that will determine the destiny of human beings and androids alike.

A series of adventures unlike any other, even if the modest beginning of Hunter x Hunter might lead you to think otherwise. What begins with young Gon facing some tests to become a Hunter — a member of the elite who has been given the privilege of doing all kinds of dangerous, unique activities — becomes a much more ambitious effort. Each arc becomes more creative than the last, with an uncanny ability to switch styles and bring them to a satisfying end. The group expands exponentially, but the series still finds a way to create a plot that makes all characters interesting and well-realized.

Kaguya-sama: Love Is War is based on a manga that sold more than 9 million copies and won numerous awards. It follows the love-hate relationship between the main characters, Kaguya Shinomiya and Miyuki Shirogane. After, he reached his anime amongst a slice of life anime lovers because it was over the top face-off against the lead character. Student Body Chief Miyuki Shirogane and Vice-Chairman Kaguya Shinomiya seem to be the right couple. Kaguya is the youngest daughter of the corporate family, and Miyuki is a well-known high school student in the region.
And even though they like each other, they are too proud to admit their feelings, so they fear that someone who does so will fall first.

Black Clover is a shimmering fantasy adventure. It’s actually in the midst of its season, but it still has dozens of episodes available at the time of this writing. The plot is pursued by two young guys, one with great magic power and one with virtually zero. They all make it into the Magic Knights, expecting someday to become the Wizard King. A lot of people refer to this as Fairy Tail Jr because of the identical structure with magic users and guilds, but frankly, the two of them couldn’t be any different. Hulu has both subbed and translated versions, so you can see anything you want.

If you’re in the mood for an ultra-violent and scandalously fun time, the hectic activities of Baccano are right up your alley. The story bounces around numerous gangs of mobsters and even more sinister lawful people, with some everlasting characters, tossed into the mix for good measure. The sequence is masterfully built, as it moves forward and backward in time until the climactic point of convergence, where the hysteria of everything turns out to play a part. The ensemble is extremely friendly, and the animation is comprehensive enough to make you feel at the most horrific times.

Fans of Joss Whedon’s TV series, Firefly, may notice a number of recognizable elements in western space, the Outlaw Star. But the anime and manga that had inspired Firefly a few years before. In this season, Gene Starwind and the motley crew of the Outlaw Star took on a few odd jobs to keep their ship in working order. They’re still searching for a galactic treasure in the universe as Gene develops romantic feelings for Melfina, an advanced bio-android. Just 26 episodes were made, but that also allowed Outlaw Star to draw a satisfactory conclusion.

Steins; Gate’s time journeys frantic trips on an engrossing plot that holds you on your toes with unpredictable and well-established twists and turns. What at first seems to be an enjoyable time with Rintaro “Okarin” Okabe and his troop of perhaps-scientists ends up being a grand, exciting, and often sad tale that won’t let go before you reach the end. Do yourself a favor and give it a shot before reading any more of the series because it’s the kind of show that rewards those who go blindly into it.

In what is one of the greatest ideas I’ve ever come across, Assassination Classroom deals with an octopus alien who claims he’s going to conquer the world in one year unless he can be destroyed. Yeah, and if you don’t think he’s serious, he’s just blowing up three-quarters of the moon. The steps that have been placed in motion here are that a class of students — the bottom of the barrel — are assigned the job of being trained as assassins to take him down, collecting a billion dollars in the process. The criteria, though, are that this alien is their teacher and that he is unable to harm any of his pupils, with them getting a year to get away from their jobs so that the world is not lost.

K-ON, man! It can be concisely summed up as the exploits of a group of high school students who entered the pop music party, but stopping at that is a disservice to the story. What raises is not what, but how; K-ON! It’s about the downtime between rehearsals, going out with mates, the mysterious and universally relatable sensation of adolescence. Director Naoko Yamada’s uncanny ability to get into the heads of her characters and make them live out their childhood as real people are never at odds with the cartoon-y, pure fun side of the series. The fun of the first season is followed by a much more atmospheric and emotionally charged series.