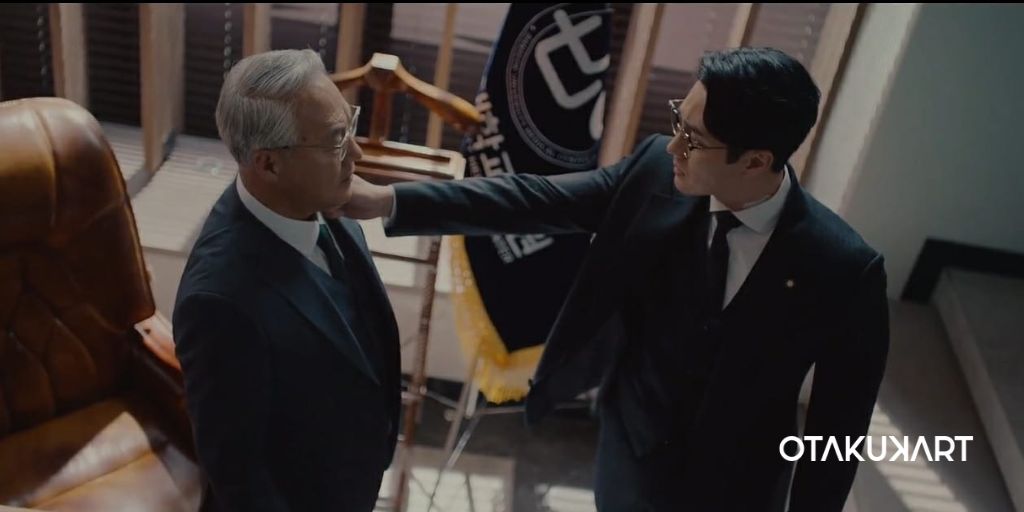 ‘Doctor Lawyer’ Episode 9 will be out very soon next week, and fans are anxiously waiting for the episode to air. We have witnessed some exciting moments in the recent episodes that have made things very exciting for the viewers. As we know that Han Yi always has some or the other plans up his sleeves, and slowly everything in the story has started to connect with each other.

At this point, we know that the big picture will be revealed very soon, and we might be able to see a head-on war combined with a lot of drama, maybe. But, there is one thing for sure we are going to have a lot of thrill in the upcoming episodes, so keep waiting for ‘Doctor Lawyer’ Episode 9.

For those of you who don’t know, ‘Doctor Lawyer’ is an ongoing Kdrama that revolves around a guy named Han Yi Han, who was once a gifted doctor, but he lost his license because he was framed. But he comes back as a lawyer in order to find out the hidden secrets that were not disclosed. The Kdrama has an amazing cast which has made the story even more exciting with their fabulous acting.

The cast includes So Ji Sub (Han Yi Han), Im Soo Hyang (Geum Seok Young), and Shin Sung Rok (Jayden Lee). This Kdrama has the perfect blend of genres like law, medical, thriller, and drama. So here are all the details about where to watch ‘Doctor Lawyer’ Episode 9, its release date, and what to expect from the episode.

What Have We Seen So Far In ‘Doctor Lawyer’ (Spoilers)

Before moving on to the release date of ‘Doctor Lawyer’ Episode 9, let us first check out what we have seen so far in the series. We saw how Hyuk Chul was stopped by his ex when he was about to stab Yi Han with the blade. Meanwhile, when Hyun Seong proposes to Yu Na, she replies to him by saying that she is not ready to accept the proposal, but she urges him to get to a bigger position, even bigger than his father.

We also saw that Yi Han and Seok Young went to meet Jayden, where he opened up about his big plan. Turns out that Jayden actually wants Banseok’s stock prices to fall so that he can buy them, and this will only happen if they expose Banseok, which will result in falling stock prices.

We also saw that Yi Han got his medical license back. After that, Yi Han gets the chance to finally meet Jin Gi face to face. And on this very first encounter, we see that Yi Han puts Hyuk Chul’s knife on Jin Gi’s throat, and after a short conversation between them, he just cuts his throat.

What To Expect From ‘Doctor Lawyer’ Episode 9?

Well, there is so much we can look forward to in ‘Doctor Lawyer’ episode 9. First of all, what will happen to Han Yi Han and Jin Gi? As we have always seen that Yi Han was always two steps ahead of Jin Gi, so we can again expect a surprise. We still cannot figure out the true personality of Jayden as he is so complicated, and we might get a more clear view of him in further episodes.

‘Doctor Lawyer’ Episode 9 will release on July 1, 2022, at 10 pm at Korean Standard Time. The Kdrama releases every Friday and Saturday. International viewers will have different timing, like 6:30 pm in India, 2 pm in the United Kingdom, 9 am for US viewers, 11 pm in Australia, and 9 am in Canada.