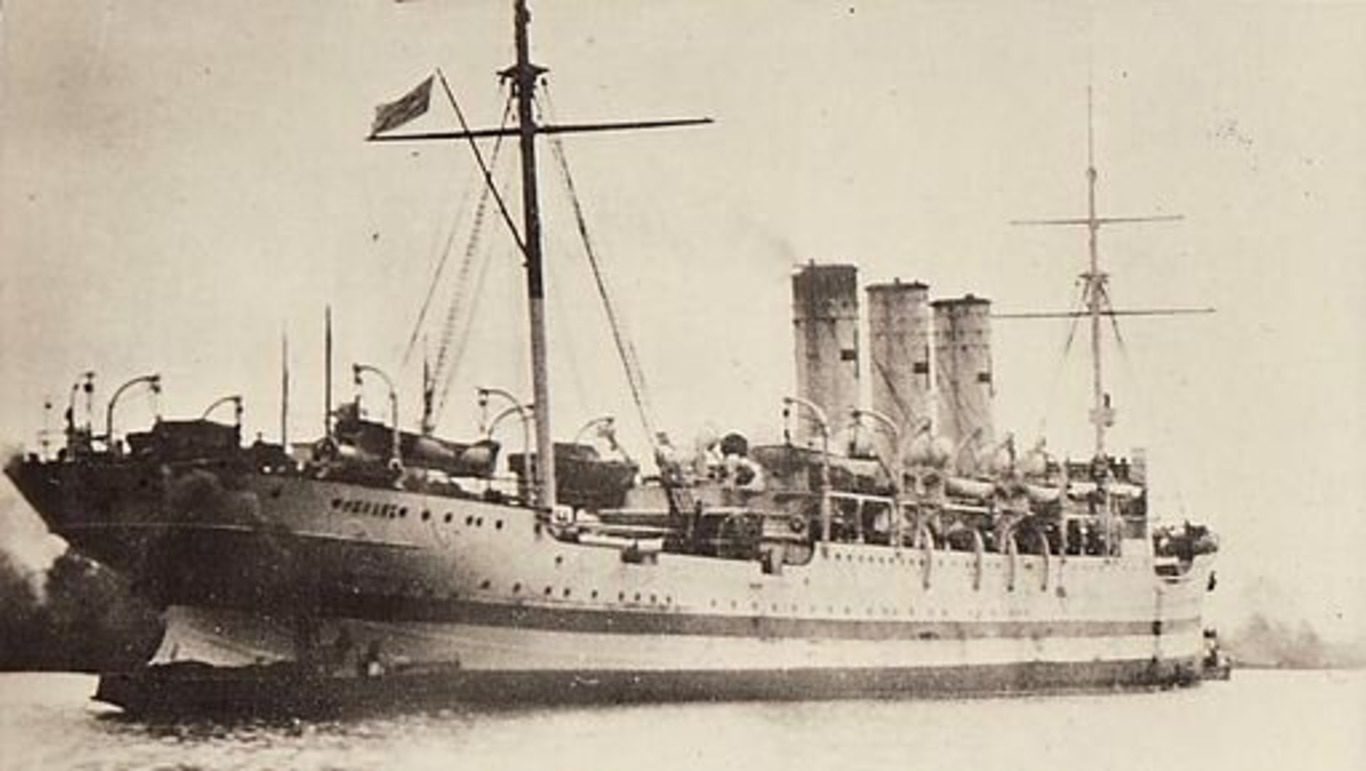 Russia has been a hub for mysteries long before World War. A land of bitter cold and ice, many secrets lay buried under its surface, but it seems like Russia had this one submerged in the sea. Ivan Vassili set sail on its first voyage in 1897 from the docks of st. Petersburg. Originally built for hauling freights, it was proposed as a steam freighter for civilian use. Its journey was to conspire the vastness between the Baltic Sea of Russia to the Gulf of Finland.

It was a great ship with its hull plated with iron and the best steam engine that any country could afford for its ship that skirted at a speed of 8 knots for over 2500 miles. Its body was unfailing and robust, and it did its duties until the war took over between its land and Japan. Perhaps it was the war and the blood it slew that made Vassili what it had become.

With the impending chaos, the Russian Navy repurposed Ivan Vassili to become a supply ship for the military. Its task was to make an arduous expedition through the Suez Canal from its pleasant docks of Port Arthur, Manchuria, to Vladivostok to deliver supplies to their men before the ice froze them to death. The journey had twists and turns about Cape Town for replenishment of coal reserves for the 3000 miles it would have to travel. As its journey commenced with a crew of Englishmen, Portuguese, Russians, and Scandinavians headed by Captain Andrist and his second officer Hanson.

But soon, the crew reported to each other about feeling watched, like someone was running through the deck late at night when the men were alone at sea. The cold grew even as they neared the equator; their bones rattled. An ominous cloud of despair set amongst them, and their hearts turned sinister towards each other. Arguments would break, and just as they were at each other’s throats, they could not understand why they were fighting at all. The men were frightened; they knew that something had boarded their ship before they could reach any port. Something hungry for their blood.

Chicago Tribune, on the 21st of April 1907, talked about a ship by the name “The Parrier” in its article “The Mystery of the Haunted Ship” in the Special Features section of its Sunday Edition, a Russian steamer built by the Germans in 1897 was the top of its line, but it was docked on the coasts of Santa Monica for the past decade without purpose or life because the men spoke about something aboard that vessel.

The creature that urged t travel with them wreaked havoc upon the sailors. The Russians knew such a ship once before, but the whole world came to know about it when Minneapolis Star published a feature called “More Proof That Hoodoos Ride Ships” about it on the 14th of April 1940. When the ill-omened Ivan Vassili was sailing the seas, just two days before the crew met their fellow men at the port it was destined for, a scream was heard under the light of the full moon. It was 3 am in the night, and the frazzled nightguard woke up from his quick slumber as the screams grew louder and fiercer on board. He saw the men on their knees—praying—and men weeping under the moonlight. Cries of his comrades filled the silent air, and he did not know why. A strange terror gripped the awakened men like a plague; the hysteria spread from one end of the vessel to the other. The sailors howling in agony sank to the wooden ground, and others grew violent and cursed each other. A young lad, Alec Govinski, ran in a maddened haze, screaming his lungs, and jumped down into the dark ocean. The nightguard watched them helpless till the ship hit the sands, and the terror wore off in a blink. Weak and weary, those who were still alive and well buckled in sleep.

Some others set out in search of the youth, but his remains had already been taken by the waters. A name was given to the force that gripped the men—The Thing. It had no face, purpose, or need; it simply fed on their fear. The ship made its way to port and started its voyage back; the sailors had almost forgotten about the sickly terror that trembled their hearts. They thought it was a spell, and they blamed the moon for it. But on the third day to Vladivostok, it returned. Once again, blood-curdling cries filled the night until the ship was stationed at the docks of Vladivostok.

The fear of The Thing made half the sailors abandon the ship, but on the Captain’s order, they were caught and brought back, for they had to leave for the land they came from or else the sea would freeze their ship to stone. But every day, The Thing came back and claimed lives. Screaming till his heart could not take it anymore, a man died in his sleep. Three men killed themselves before the ship reached Port Arthur, one of them was Captain Andrist, who followed suit with Govinski near Hong Kong. All but six deserted the ship.

Second officer Hanson, who was one among the six, was appointed Captain, and he was given a new crew along with the previous five. The ship was given a new name—The Parrier—by the owners, and the sailors believed that the new christening would save them from The Thing, but it knew no mercy. Ivan Vassili, now The Parrier, was set to sail to Australia to bring a cargo of wool. The captain kept a journal for the voyage, but little did he know the last pages would be written with blood. Upon reaching the port of Sydney, Captain Hanson put the pistol to his head and pulled the trigger. The blood spilled over the deck as the men watched in horror.

The Thing was on the hunt. It killed one man after the other, and soon multiple corpses were found before the vessel reached its homeland. A newer Captain was called upon to bring the ship to Port Arthur. His name was Captain Govinski; unlike the lad that died, the Captain was professed to be a man of dauntless spirit. Another man, Nels Nelson, offered to assist with the return, and his services were welcomed. When the return journey was set in motion once more, the plague spread. 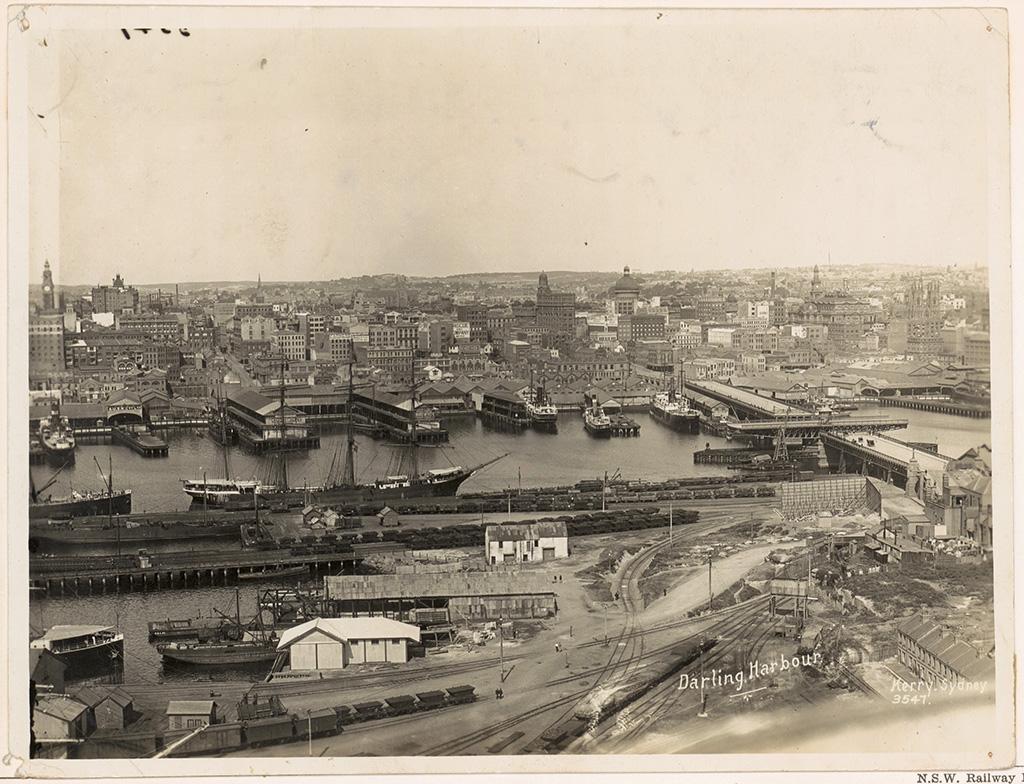 Darling Harbour, Port of Sydney, where Captain Hanson shot himself

Nelson began questioning the men who were not too shaken. They talked about a warm gust. A gust of air, warm and dry, would touch the men till they go mad. A stampede broke out, and men bludgeoned and cut each other up, and when The Thing had fed, everything would return to normal. When the ship docked, once again, all fled but for the Captain and Nelson.

Another voyage began for Captain Govinski in February of 1907. The ship sailed to San Francisco to deliver a shipment of hemp. But The Thing broke out, and the men slashed each other and killed in vile passion. On the fourth night, the brave Captain Govinski shot himself like his predecessor, and the sailors, now more frightened than ever, changed course to Russia, where the ship was burnt to ashes.

Also Read: The True Story Behind ‘The Conjuring’: The Horror Unfolds

The Suspect Season 1 Episode 5: Release Date & Where To Watch