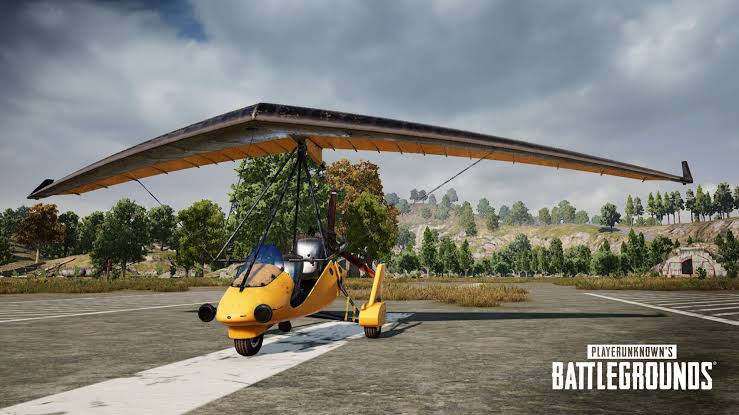 Pubg is adding something that the fans of the popular Battle Royal game least expected. The devs revealed in a blog post that Motor Glider has arrived in the game for a limited time. With this, the players will be able to fly into the skies and battle like never before. This Glider will only be able to carry two players at a time, and because of this, you won’t have to worry if the circle is far away. It will take you to your destination in a small amount of time.

In order to take off, you will need a speed of 70km/h, and once you’re moving, you can use the sticky throttle to lock in your forward acceleration. Be careful around the rotor, or will there be a price to pay. High Ground will give the player an advantage in battle, one player rain down hell upon the enemies with guns and throwables. Only the engine can be destroyed, and wings take less damage compared to the body as for the tires, they can’t be damaged.

This means you will be able to keep it moving even after your engine is disabled by gliding and landing. The Motor Glider is available in PUBG Labs on Dec 19, 11 pm PST – Dec 22, 11 pm PST. Down below you can check out the patch note which reads:

What are the mechanics of Motor Glider?

– Motor Glider will be spawned randomly around the map.

– To take off, you must gain the necessary speed of 65 km/h then pitch up with the S key.

– The more fly/drive, the faster you will run out of gas.

– The sky is the limit! However, the engine will start losing power in the higher altitude.

How to control Motor Glider?

– Use W/S keys to control the pitch

– A/D to control the roll of the glider

– Hold Spacebar to engage the handbrake