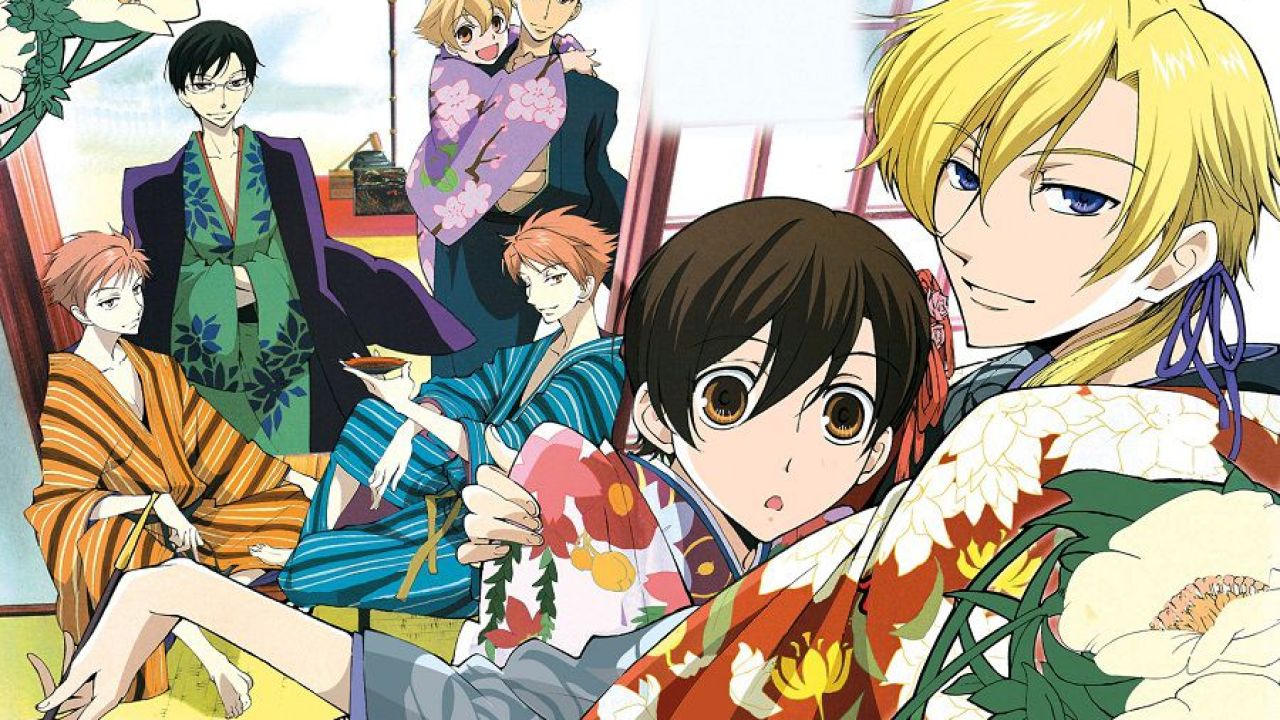 Adapted from a famous Manga written by Bisco Hatori that goes by the same name, Ouran High School Host Club Season 2 is one of the most anticipated anime series to watch right now. Curious to know the release date of the second season of the popular anime? Well, then, you need to look no further. We have information on hand coming forth from both officials as well as unofficial sources. Fasten your seatbelt, dear reader, as you’re in for a delight.

Ouran High School Host Club is not your typical rom-com anime. If it were, it would not be this famous in its genre. What this anime had was one of the best story-writing, screenplay, artistry, comedy that any anime at that time offered. The artistry in the anime was too good for its time, and it even holds up quite well today. Even the anime characters are well thought off; they look simple and elegant but not too much that they can’t be differentiated. Except for the Hitachi twins, of course, you know, because they’re twins. All in all, if you haven’t yet watched it now, and you got free time laying around, you’re missing out big time!

The story revolves around the prestigious Ouran High School, an elegant playground for the super-rich. In here. Only boys and girls with excellent social standing and those from filthy rich families can study at Ouran High School. The Host Club comprises of the school’s most handsome boys with time on their hands. They entertain young ladies of the Ouran who also have way too much time. The host club is basically the elegant playground for handsome boys entertaining beautiful girls.

If Haru was a boy

The story begins when a young student named Haru wanders around and enters the host club. After being objectified, he accidentally breaks a priceless vase. Being a lowly commoner, he cannot repay the money to the club, and he is pressed into service as a host. The only problem as they later find out that Haru’s actual name is Haruhi, and he is a girl. The story is certainly uplifting and light-hearted with lots of comedic scenes and tons of romance. The one thing that the series stood out was because of its artistry and how it was portrayed.

The first run of the anime in 2006, comprising 26 episodes, was fun to watch. This series brought international viewers one of the best rom-com anime Japan has to offer. You might be one of the first to watch the series, or you might’ve not been into anime then and rather watched it during these boring days of the pandemic. Or somewhere in between. Nevertheless, what we are sure of is the fact that you have loved season 1 of Ouran High School Host Club and are dreadfully waiting for the second season to air.

It was being expected in 2019 that after fourteen years of wait, the second season will come out in 2020. Even though the year is about to end, as of writing, we haven’t seen the second season on the small screen yet. This is because we are undergoing a pandemic. And it has been tough for the studio behind it to make any progress. But if what we have heard is correct, a part of the second season of Ouran High School Host Club is already produced. And the studio is just waiting for it to be completed as quickly as possible to start releasing.

Even though it is sure Ouran High School Host Club Season 2 isn’t happening this year, when we needed it the most, it will surely happen in 2021. It is currently expected to start releasing in early 2021 and with one episode dropping every week. Still, take this information with a pinch of salt as the studio may also release it later in 2021 if they decide to end the production first and then start releasing. Regardless of whatever the situation may be, we are utterly sure that it will start airing in 2021, and we’ll keep on updating this article as we gather any new information. So make sure to keep checking us out for any changes.

Follow the section and know-it-all about the cast of the popular anime series!

Haruhi Fujioka is the main character of our cast. She belongs to a middle-class family and is considered poor by her elite schoolmates. But because she is super intelligent, she can attend and afford Ouran through a scholarship. This, in turn, requires her to remain top of her class to maintain her scholarship as she won’t be able to afford Ouran if not for that.

She has such looks that the host club members confuse her to be a boy at first. As mentioned earlier, her breaking the vase leads her to be a member of the Host Club made entirely of boys. She is ultimately forced to act like a boy as her task is to entertain the females who come to Music Room 3 for snacks and converse with the charming boys.

Tamaki Suoh is arguably the most handsome of the bunch. He is the son of the school’s chairman and is also the founder of Ouran Host Club. Because his mother is of French origins, he has inherited pale-blonde hair and blue eyes from her. And this is why he is the most handsome member of the Host Club.

Although he is at first look described as a dramatic, egoistic flamboyant person in the anime, it is later revealed that he is, in fact, a young man dedicated to his education and his work as the founder of the Host Club. His good looks often win the girls’ hearts, and he receives a whopping 70% of requests from the female guests.

He is the best friend of Tamaki and the co-founder of the Host Club. Despite Tamaki being the head of Host Club, Kyoya controls the club as he manipulates Tamaki. Being the youngest of the three sons in the Ootori family, he always works hard to impress his father. He wants himself to be considered the next family patriarch, and for that, he works hard to meets his father’s strict expectations. 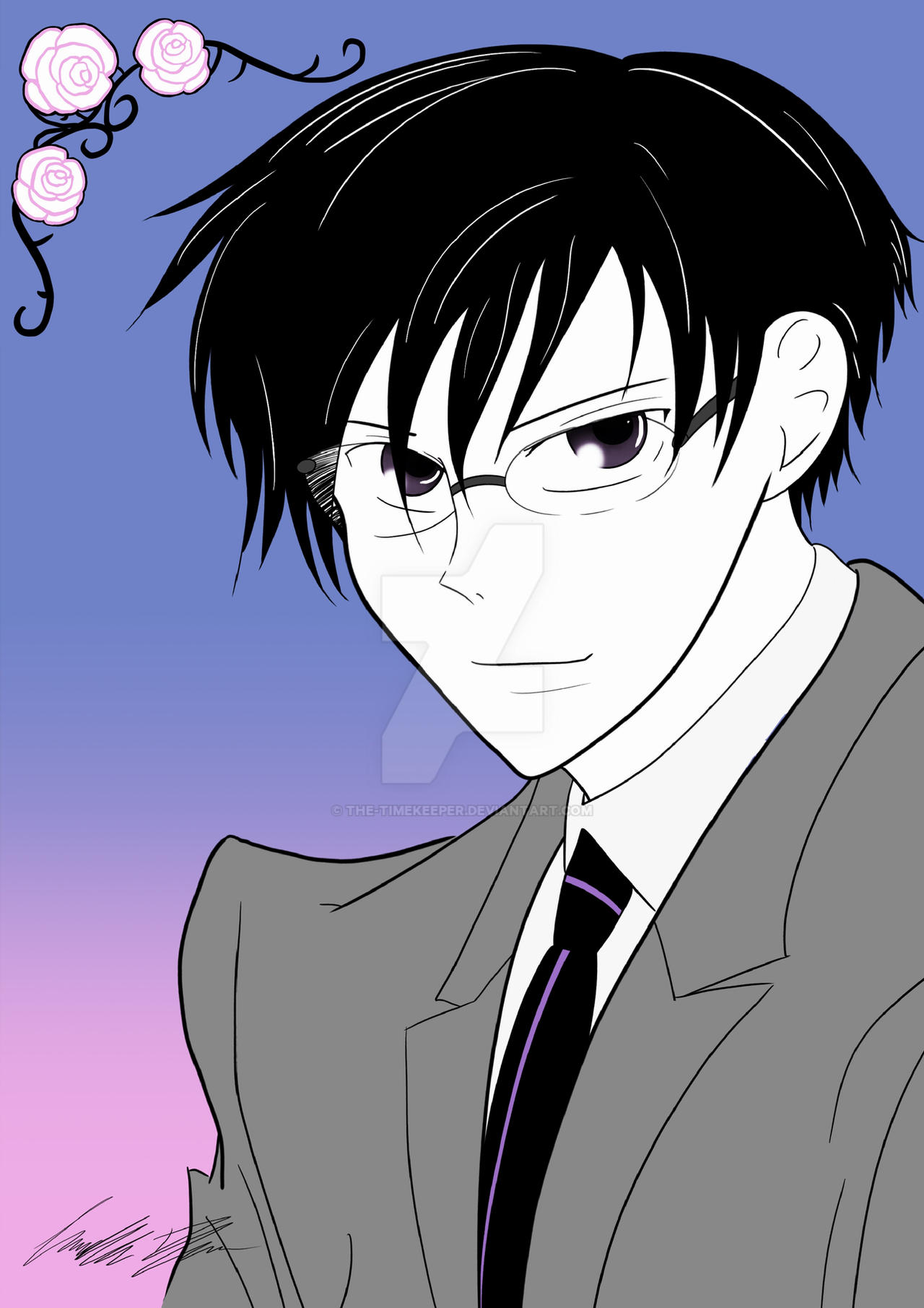 He’s keen business judgment makes him the financial organizer of the Host Club. His excellent skills allow him to manage budgets and while selling merchandise to keep the club afloat. Despite Tamaki giving Kyoya a hard time with his extravagant schemes, Kyoya still manages to balance the club financially. He is the coolest, calmest, and most logical of the bunch and threatening when need be.

The Hitachiin twins are quite a handful when it comes to drama in the show. They are in the same class as our protagonist Haruhi. Kaoru, the younger twin, is more mature emotionally and when it comes to dealing with others. Hikaru, on the other hand, is the one who, despite being considered the leader of the two, is emotionally immature. Despite being lesser mature, Hikaru is the one who creates the most troubles.

Both the twin brothers are often seen together, and Hikaru is shown more dependent on Kaoru. The twins are therefore inseparable, with Hikaru creating little mischiefs that Kaoru later has to sort. Their identical appearance also allows them to play called Which One Is Hikaru. In this game, they disguise their hair with identical caps and ask people to guess which Hikaru is.

Although Mitsukuni is an older boy, his child-like cute appearance has made him popular among the girls. This leads him to be nicknamed Honey. He also devours cakes, candy, and anything sweet daily. Despite his small and cute demeanor and his eating habits, he is still a martial arts champion.

Even though he is in his third year of the Ouran, he still is confused as being from elementary school. Adding to the reason for such confusion is also his nature of being painfully optimistic and his innocence. He also has a pink stuffed rabbit he named Usa-Chan that he carries with him almost all the time.

Takashi Morinozuka is commonly called upon as Mori, an abbreviation of his name. Being a third-year student, his impressions are always described as strong and silent. Just as the twin brothers are rarely seen separate, Mori is also seen quite often tagging along with his younger cute cousin, Mitsukuni Haninozuka.

Before Haninozuka and Morinozuka family were brought together in marriage, Morinozuka served the Haninozuka family. This may, in part, be a reason as to why he faithfully looks out for Mitsukuni so much. And, I might continue the same in Ouran High School Host Club Season 2. He is a karate expert and a national kendo champion. Also, he looks handsome as well but in a stoic, stern, and strong way.