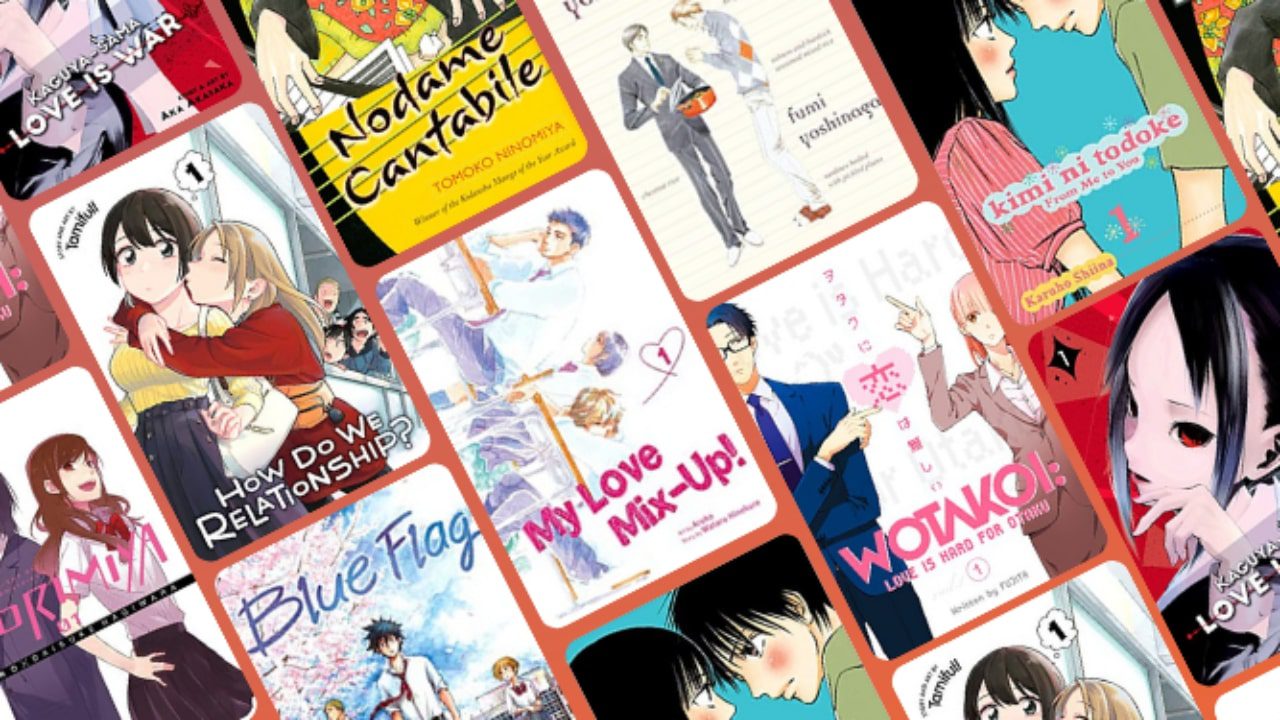 Romance stories often turn out to be the most intriguing content to binge, especially if it’s full of twists and turns. Thus, we, the hopelessly romantic population, go through a hard time waiting for a new chapter or episode. So, people often tend to take a break from the ongoing manga and search for the complete ones. In case you are one of them, you are on the right page. Here, we bring you the list of the top 10 completed manga series that you should try out.

Romance is the evergreen genre of delicacy that draws out the subtle emotions hiding behind our callous lives. No matter how cliche the storyline is, seeing the protagonist unite with his/her love is something worth going the extra mile for. Maybe that’s the reason why romance manga has been winning our hearts so consistently over the decades.

10. A Tropical Fish Yearns for Snow

The title beautifully hints at how the series is based on the theme of dealing with loneliness. It follows the story of shy and timid Konatsu Amano, whose life struggles increase ten-fold after moving to a new city. After getting dragged into her high school’s aquarium open house, she bumps into her fellow upperclassman, Koyuki Honami, as her club’s only member. Naturally, they start spending more time with each other, and their friendship blossoms into a romantic bond in no time. 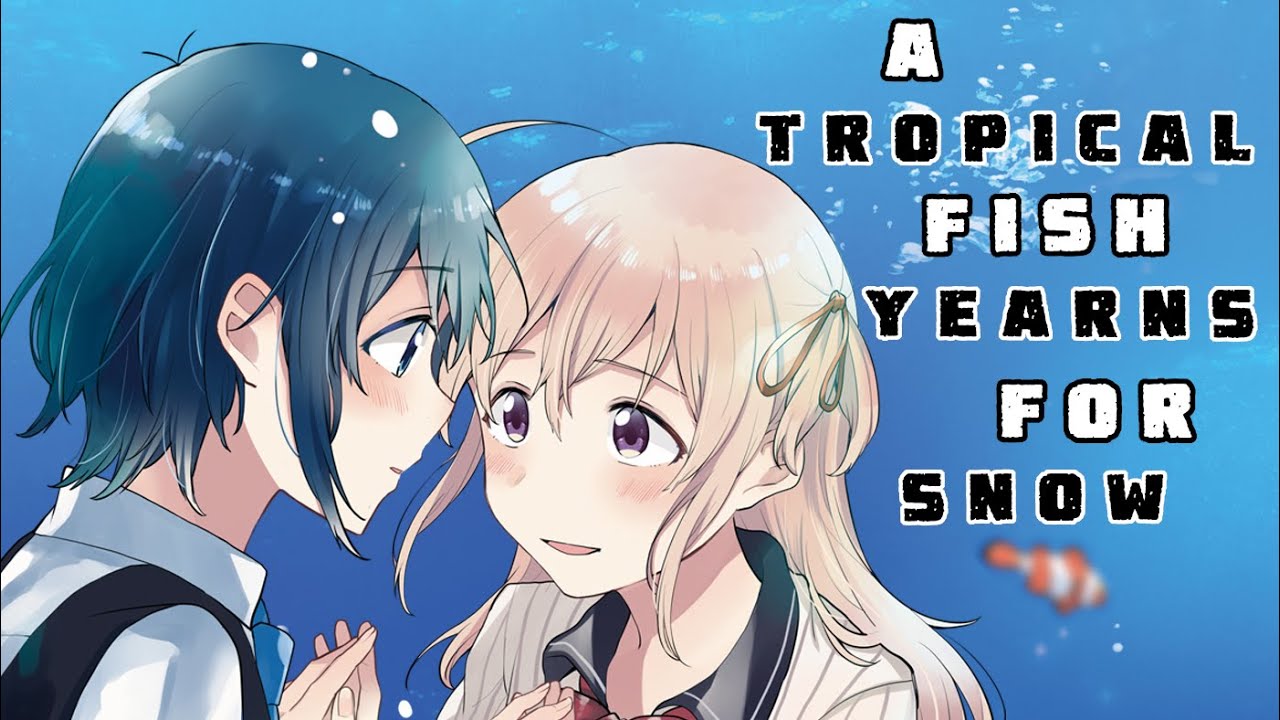 Similar to Konatsu, Koyuki isn’t a social being either, rather, she is reserved and stubborn. The story portrays how the two girls support each other, thereby overcoming their emotional barriers. The artwork is pretty straightforward and yet appealing, thereby making it one of the mentionable completed manga series.

Blue Flag surely stands out in the list of top completed manga for its mature and realistic storyline. It revolves around a complicated love triangle, thereby showing us the slim difference between love and friendship. Taichi Ichinose, the protagonist, cannot help seeing a reflection of himself within his clumsy classmate, Futaba Kuze. However, the twist is, Futaba has grown feelings toward their common friend, Touma. 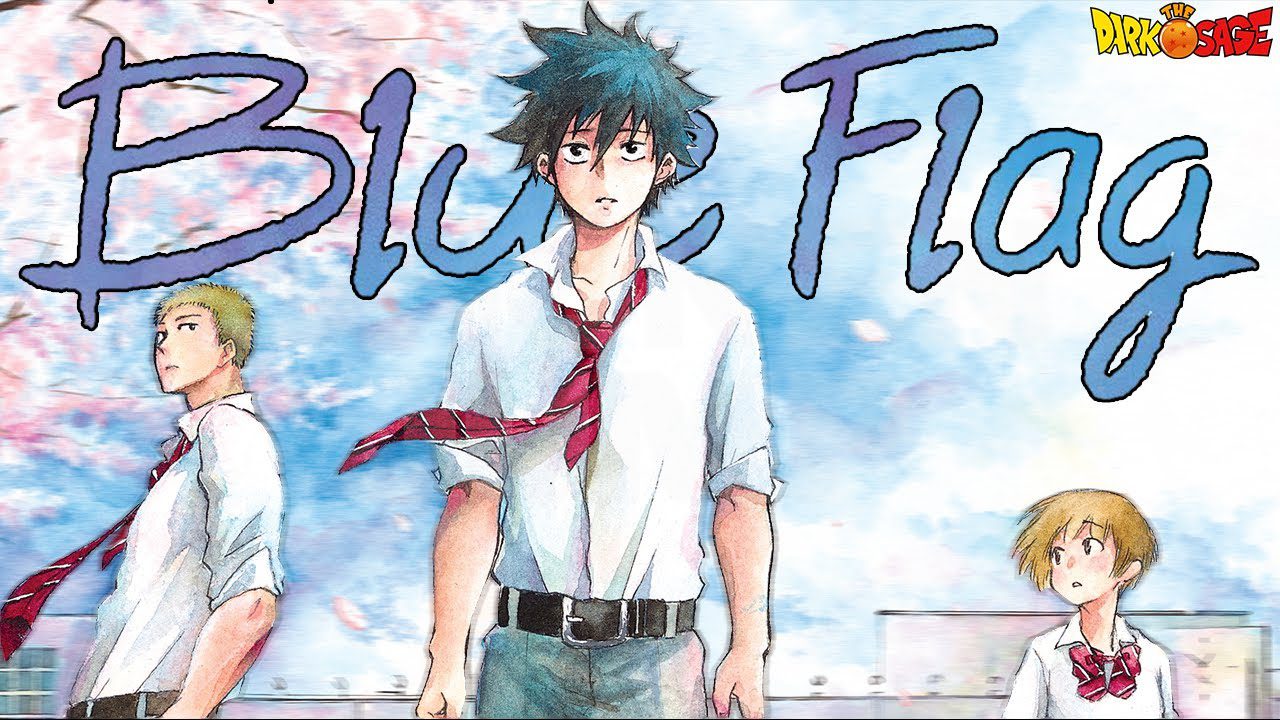 It’s rightly said, “love is non-sensical at times, but you can’t stop doing it anyway.” Taichi heavy-heartedly agrees to assist in bringing Futaba and Touma together. Well, things don’t go the way he planned. The closer these three got to each other, the harder it became for them to suppress their feelings. The climax is very unexpected, once again proving humans aren’t always the way they seem from the outside.

Who doesn’t love to hear their crush’s name? Especially if it’s after one of the most beautiful flowers, you can find. Third grade’s little Sakura just couldn’t resist the butterflies in her stomach, and even when she grew up, she never thought of falling in love again. However, her life completely changed when she came across another handsome boy with the same. Is he the prince she desired since her childhood? Well, the boy doesn’t look familiar in any way. 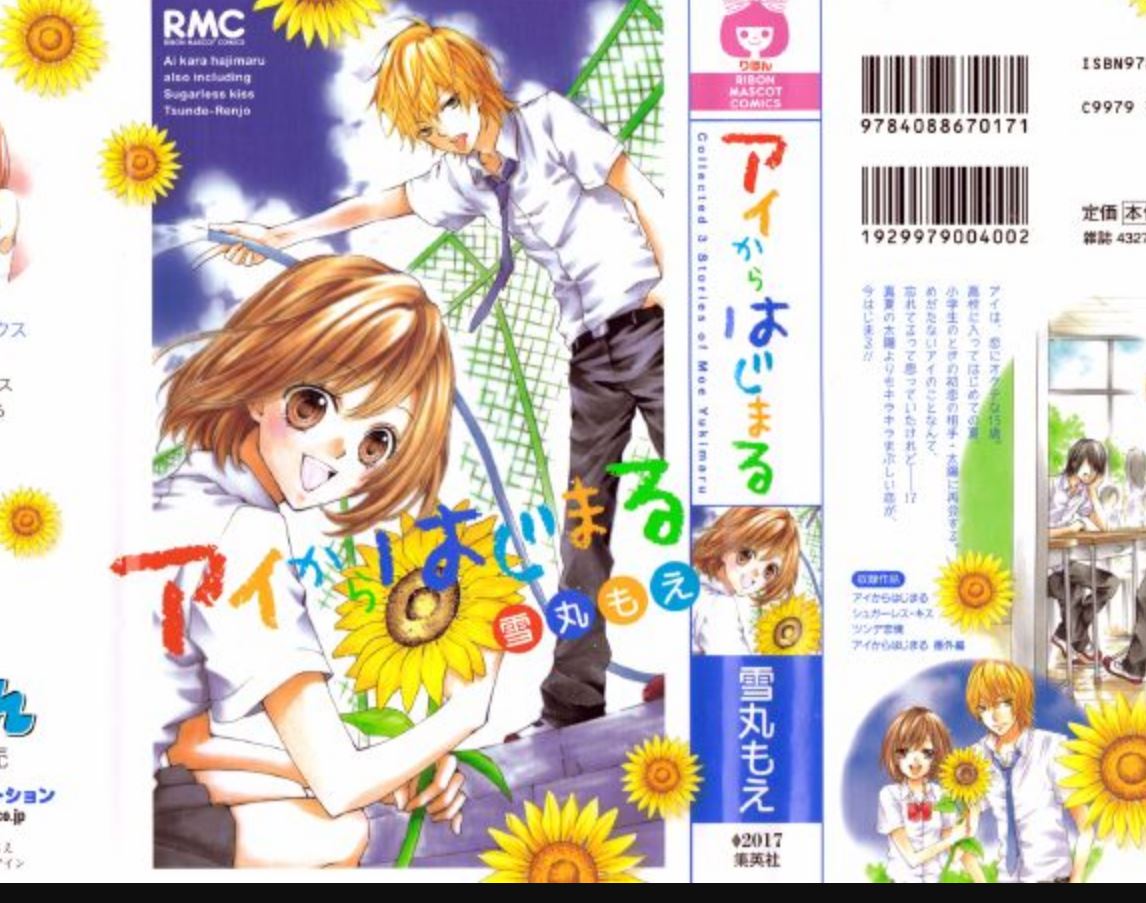 Do you know what is harder than getting the person you love? It’s getting the fictional character from the pages of manga or videogame. As hilarious as it may sound, 16-year-old otaku protagonist, Koino Tsumugi, has lost all her interest in ‘real life’ boys after desperately falling in love with her favorite 2D character, Tokko, from an otome game. 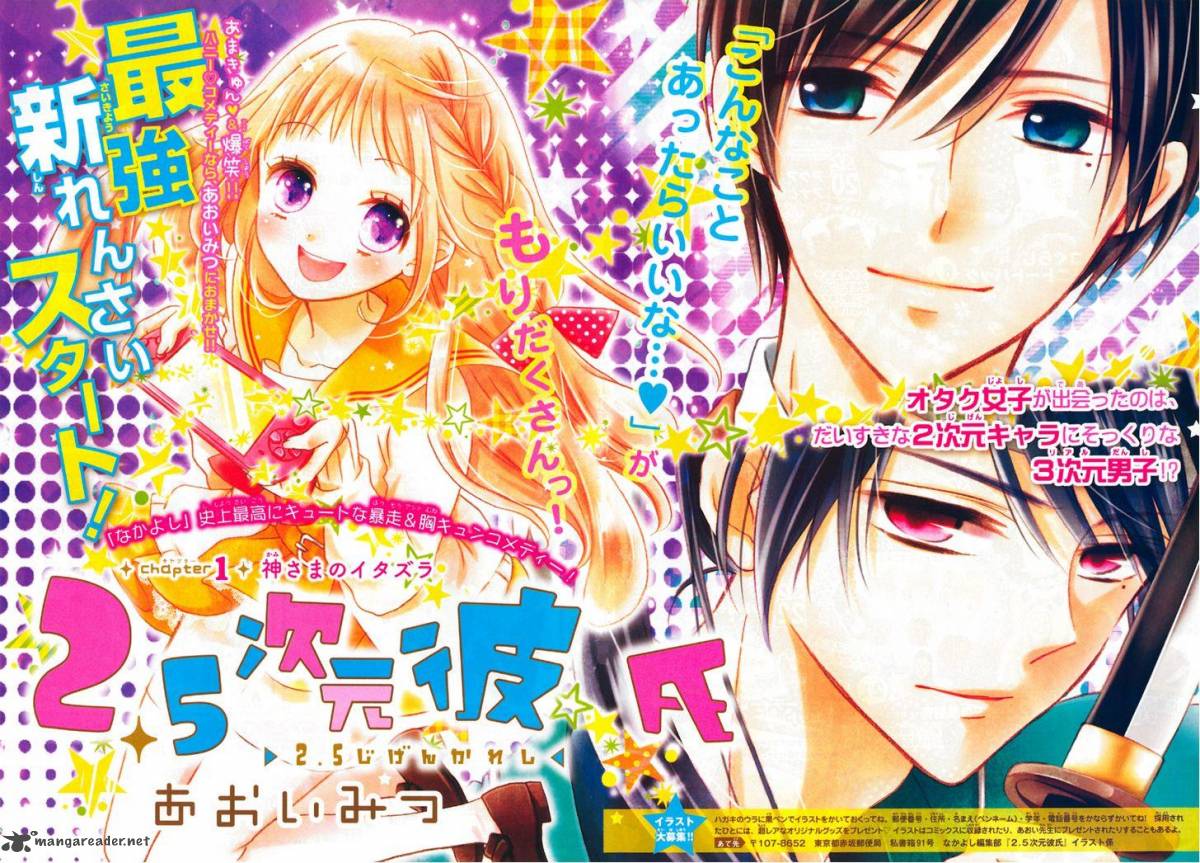 However, Koino’s hopeless love life blossoms after being saved by a boy with uncanny similarities to Tokko. She wondered if she is dreaming, and she realized that the human version of Tokko is the only boy he could ever fall for. How will she deal with this wholesome blend of real life and fantasy? It’s definitely a must-read completed romance manga for everyone who once obsessed over a fictional character.

Honey So Sweet follows the story of Nao Kogure, a timid and shy school girl who freaks out after being asked for marriage by delinquent Taiga Onise. Like any other girl would do, she turns down the boy with immense awkwardness. Even worse, Nao is totally scared of Taiga for his frightening face and bad reputation among the students.

However, later Nao gradually realizes that Taiga is nowhere close to a bad person, rather, he is a sweetheart in disguise. He admits that he fell for her back in their childhood days when she patched his wound and lent her umbrella to him. Now, be it How I Met Your Mother or Business Proposal, you know that a love story is epic when an umbrella is involved in it.

My Life Mix-Up probably has a higher goodreads rating compared to any other completed romance manga on this list. With the perfect blend of BL, comedy, and slice-of-life elements, My Life Mix-Up can be the perfect manga to binge read. Souta Aoki, the protagonist, is stuck in an awkward love triangle, where the girl he is in love with, Mio, loves someone else. However, never did he expect that this ‘someone else,’ Ida, will grow a crush on him. 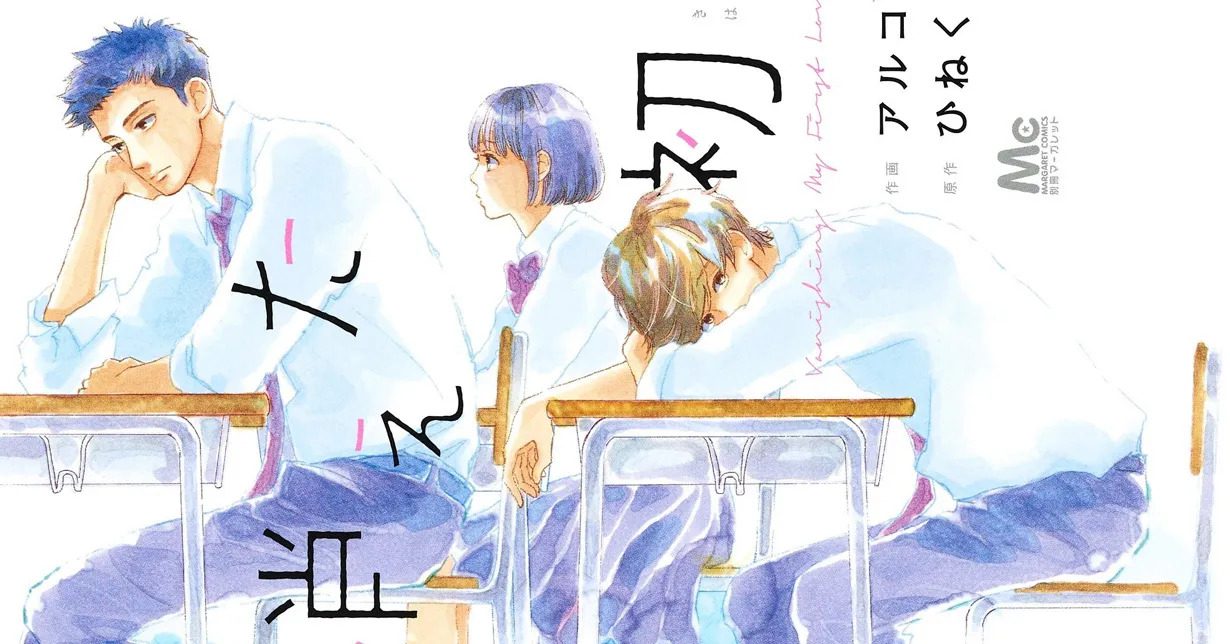 To all the office romance lovers, don’t be upset just yet. We haven’t forgotten about you. It follows the story of a female office worker, Asako Yaeshima, who loves working at her company. Now, why this sudden love? The company makes her favorite toiletry product that masks her body odor, which she is extremely embarrassed about. Being indebted to her company for this seemingly life-saving product, she gives 100% at her work. 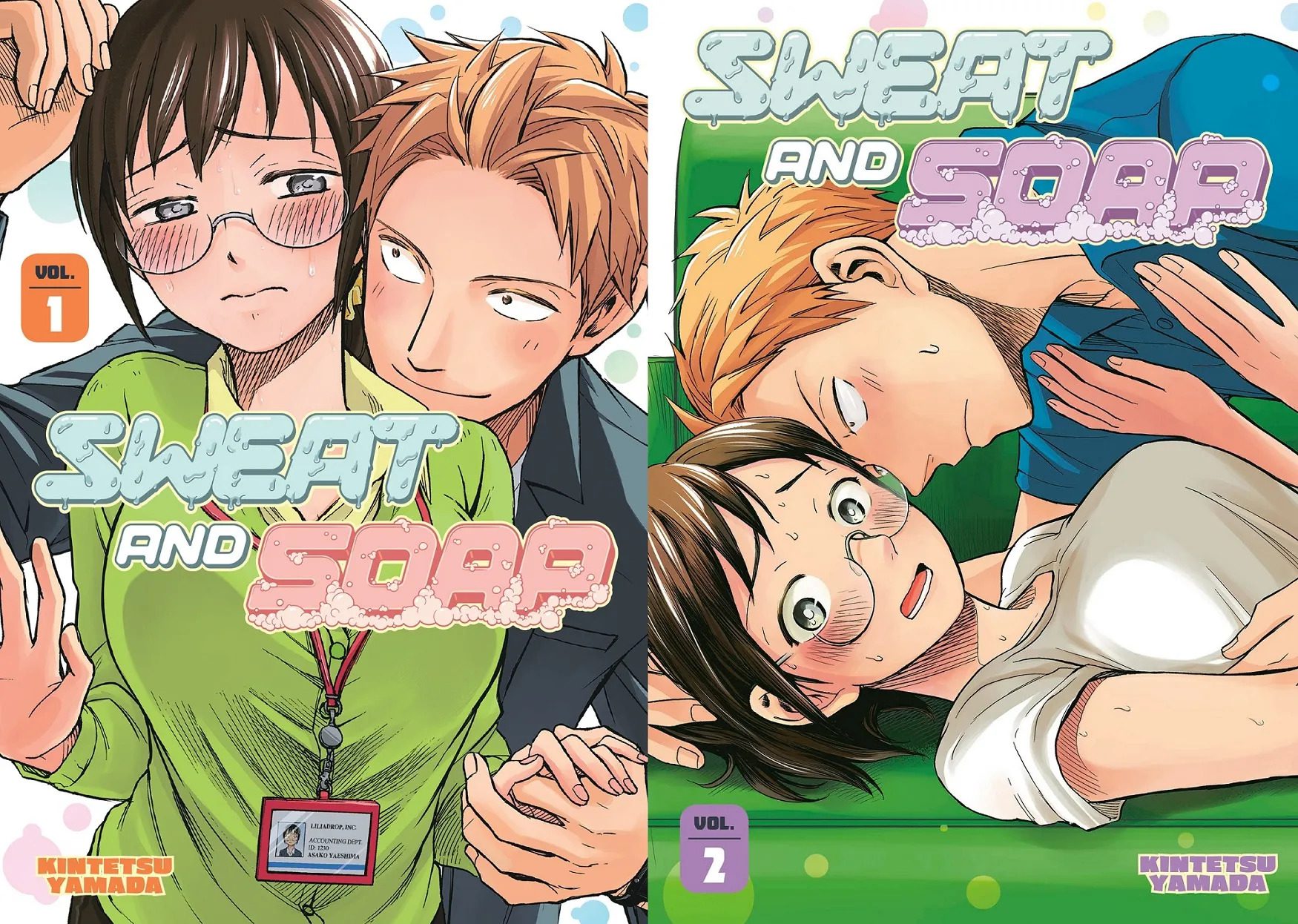 One day, she bumps into the company’s top product developer, Koutarou, who intakes a liking to her. Weirdly enough, Koutarou admits that he likes Asako’s smell. She initially didn’t know how to deal with such an embarrassing compliment. But as these two keep meeting for work, a romantic relationship develops between them. The manga portrays an adult relationship that follows an unconventional turn of events.

If you think twins are confusing enough, imagine dealing with five of them. Despite being a genius, the sky fell upon Fuutarou Uesugi when he was asked to tutor a wealthy family’s five academically hopeless daughters. Making things harder, the quintuplets are nothing like each other, and it seems that being academically weak is the only similarity that ties them together. 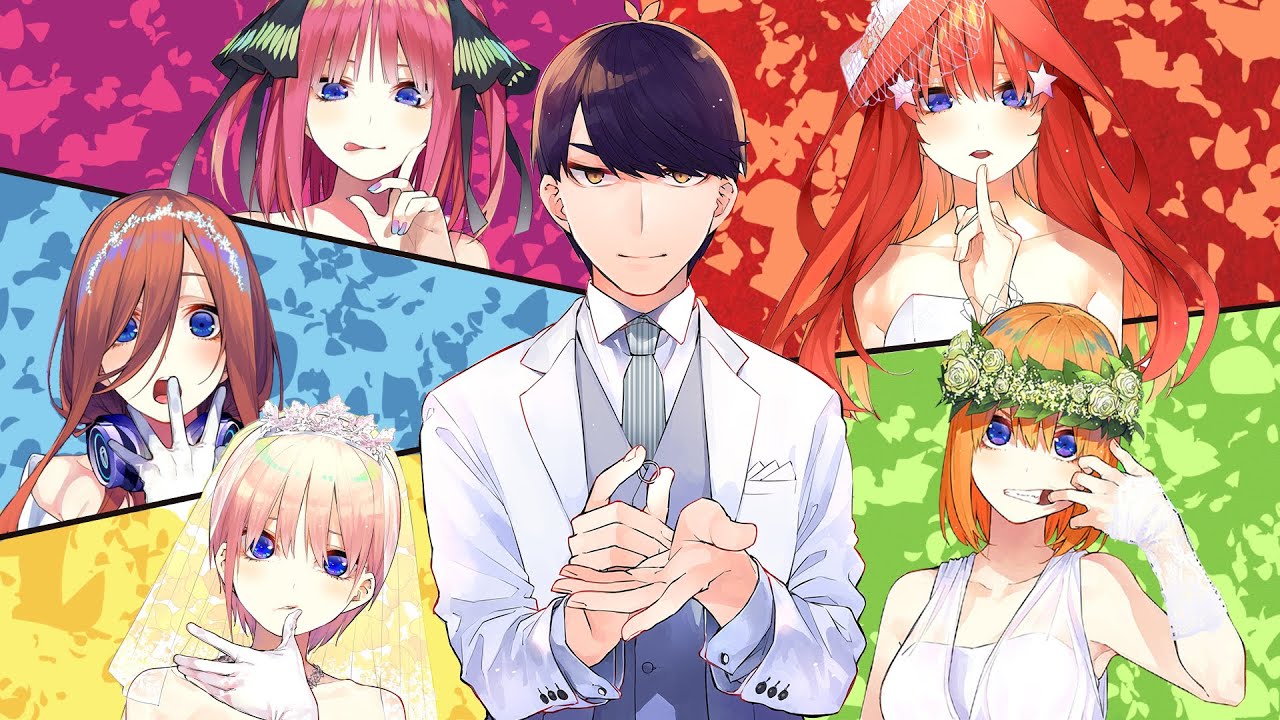 Ichika is the only one who is somewhat mature, but the other four are complete disasters. Tutoring all these five beautiful yet eccentric girls turns out to be harder than he thought. However, Fuutaro doesn’t give up on his students that easily, and he keeps putting effort into building a bond with each of them. Making things even more interesting, it is revealed in the early chapters that Fuutyaro will get married to one of these quintuplets in the future.

The series has received an immense response ever since its anime adaptation and the fans are already waiting for Season 2. Calm and composed, Miyamura is totally the opposite of hot-headed Hori. As we know, the old rule, “opposite poles attract,’ isn’t just applicable in science but also in romance stories. The two soon fall for each other, leading to their first heartwarming relationship in school life. Hori being the extrovert, catches everyone’s attention for dating the shy boy. 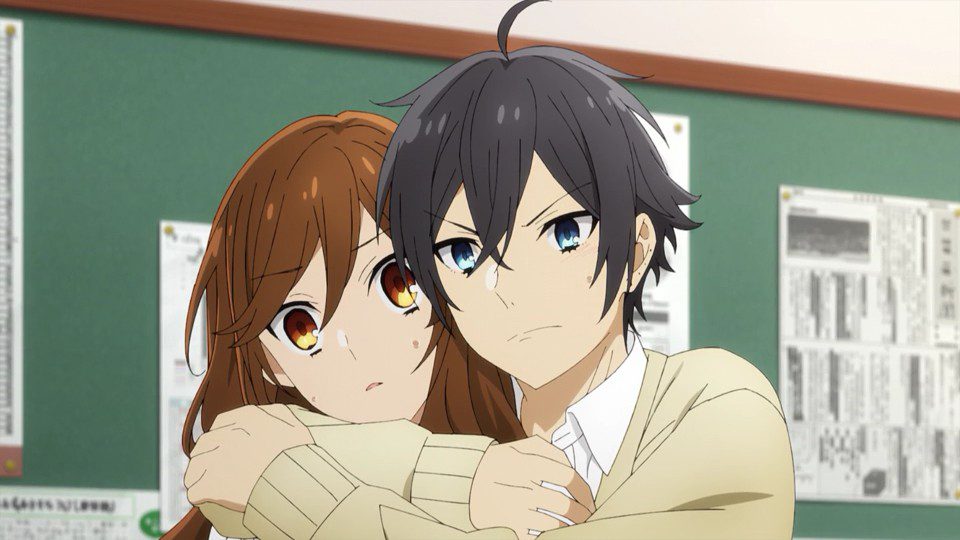 Miyamura’s life is full of insecurities and other issues, but he gradually comes out of his shell with Hori by his side. Hori becomes the pillar of Miyamura’s support, eventually resulting in Miyamura’s overall character development. The guy filled with tattoos and piercings finds himself genuinely caring for the girl. Moreover, Horimiya isn’t just about the protagonists, the series gave just enough importance to exploring the side characters.

1. Your Lie in April

If you are okay with wetting the pages of your book while reading it, this romance manga is definitely for you. I read the manga before watching the anime adaptation, so naturally, it became one of the most heartbreaking yet beautiful manga I ever come across. If you ask me, a story of so many intense emotions is ought to stir your heart and may even shape you into a better lover. Your Lie in April follows the story of Kousei Arima, someone who mastered piano in a way that no one can think of challenging him. However, he gets robbed of all the precious things that he treasured in his life. After his mother’s death, the shock turns him into tone-deaf, leaving him with no condition to perform onstage again. Just when he was gradually giving up on life, an encounter with Kaori Miyazono, a talented violinist, reignited his love for music.

Also Read: 10 Best Mystery Thriller Manga That Will Hook You Up Instantly!