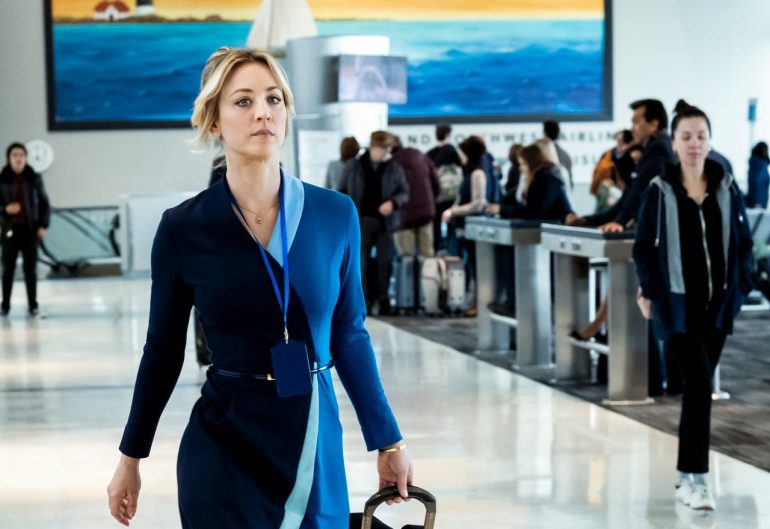 The Flight Attendant: Who Killed Alex, Miranda or Cassie?

Well, well, well, The Flight Attendant can be considered as a television miniseries that has originated in the United States. The story of this show has been adapted from a novel that goes by the same name. It was penned down by author Chris Bohjalian and was published back in 2018. The show employs Kale Cuoco in the titular role. This series came out on HBO Max back on the 26th of November 2020. The developer of this show is Steve Yockey. The list of executive producers includes Susanne Fogel, Meredith Lavender, Steve Yockey, Greg Berlanti, Sarah Schechter, Marcie Ulin, and Kaley Cuoco. The Flight Attendant is collectively produced by Erika Kennair, Raymond Quinlan, and Jennifer Lee. The last episode of the show is called Arrivals and Departures. It is scheduled to release late on the 17th of December 2020 and will finally reveal the murderer of Alex.

In the first episode of the show, e all witnessed that Cassie is a flight attendant. But she also is a reckless alcoholic who spends all her time between the flight changes getting drunk, and hooking up with random people. All this while, the fans can witness her having a strained relationship with her brother. There even are flashbacks of the trauma that she has suffered in her past when she was a kid. Annie is her best friend and is a professional lawyer.

Although, it is seen that Cassie has quite a rocky relationship with her friend as well as co-worker, that is, Megan. When they are on a flight to Bangkok, Cassie starts flirting with a handsome stranger. His name is Alex Sokolov. Although, when the flight lands, these two people end up partying and wake up in the same bed together. Well, she wakes up with a bad headache the next morning but this is not the worst part. All she finds is a dead Alex laying in bed with her. As for his murder, Alex’s throat has been slit.

As Cassie is pretty scared to get arrested and ruin her career as an air hostess, she cleans up all the mess and leaves the place. Well, Cassie’s brain goes blank when it comes to what happened that night but she surely happens to get flashes about it all. She also strikes a realization that she has lost her ID. Later, when she returns to her home country, she realizes that the FBI agent, that is, Van as well as Kim wants to question her. The most foolish thing that Cassie does was trying to run when she was questioned.

The Flight Attendant season 1 ― Is Miranda really the killer?

Although, she kind of remembers that there was someone who was present there with Alex and her that night. Next up, we witness Cassie having conversations with her vision of Alex that includes the one where they remember that they have come across Miranda. She is a work associate of Alex who lives in Bangkok. Instead of immediately contacting her friend Annie, who is a lawyer, Cassie goes on to the office of Alex in hopes to find Miranda. Although, the FBI contacts her thus because they want to question her further.