Ted Bundy during his trial

Though the end of the 20th century saw a lot of reforms and paved the way for technological and moral advancements. Albeit, most agree that the 70s and the 80s were terrible times. Serial killers were sprawling all over America as every state lived in fear of being confronted by one such killer.

When young women started disappearing all over Washington and Oregon at the rate of least once per week in 1974, the hands and feet of the Police Department grew cold. The abductions knew no sign of stopping and the panic aggravated when Denise Marie Naslund and Janice Ann Ott vanished in daylight from amongst a crowd.

Women who had seen a peculiar man that they described as being attractive and having a broken arm told the police that his name was Ted and he owned a vaguely brown Beetle. Phone calls were pouring upon the description while the killer ravaged the streets taking woman by woman to his pleasure.

Soon a woman called in and expressed her suspicion of her ex-boyfriend being the murderer on the loose; combined with the already available evidence, concluded that only one evil madman could fit the profile—Ted Bundy.

Who is Ted Bundy?

Son of Eleanor Louise Cowell and an unidentified father, Theodore Robert Cowell, was born on 24th November 1946 at Elizabeth Lund Home for Unwed Mothers in the city of Burlington of Vermont. Many accounts of who his father might have been given. Some say it was a United States Air Force veteran turned salesman, Lloyd Marshall, while his mother claimed that a war veteran, Jack Worthington, had seduced and then abandoned her.

While those close to Bundy speculated he was a product of incest between his mother and her father, Samuel Cowell, DNA tests have been sad to have proved otherwise by psychiatrist Dorothy Otnow Lewis.

He lived with his grandparents, Samuel and Eleanor, in Philadelphia under the pretense that he was their son and his mother was his sister. With multiple accounts of him discovering his parentage, his girlfriend said he told her his cousin called his bastard and handed the birth certificate, in the interviews given to Hugh Aynesworth and Stephen Michaud, he said he found it on his own. While true crime writer and former friend Ann Rule claims he found out in 1969 after he had been to Vermont. 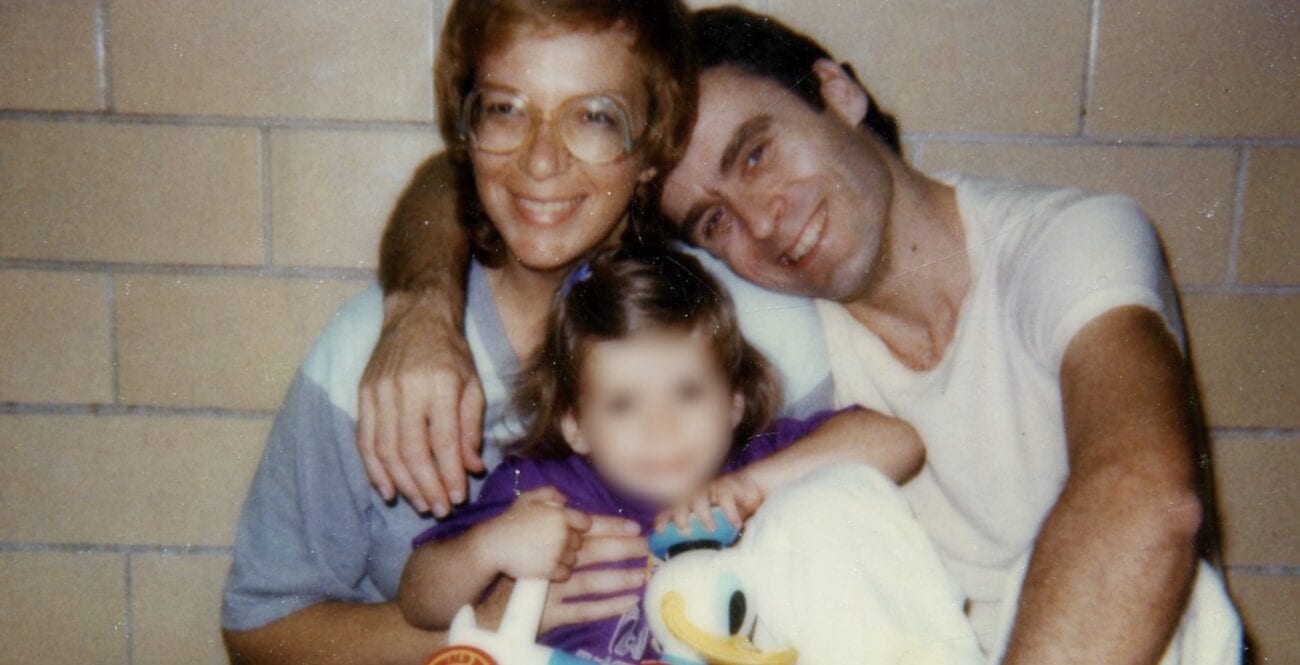 Ted Bundy with wife Carole and daughter Rose, in his last days

Accused of improper behavior since childhood by his aunt Julia and childhood mate Sandi Holt, Ted Bundy asserted that his grandfather was his role model. Coincidentally, in 1987 it was known that Samuel Cowell was a tyrant, abuser, and racist. His grandma was a depressed woman receiving electroconvulsive therapy for her condition. Ted was adopted by Johnny Culpepper Bundy, whom his mother married. He detailed confusing accounts of fishing for photos of naked women in the garbage to watching them in magazines.

Academically and professionally, Ted Bundy was a remarkable success. He was a major and active member of the Republican Party in Seattle, often standing as a delegate in other states for other politicians. He majored in Chinese and psychology. But since 1973, when he started studying law at UPS Law School, by the January of 1974, women from the Pacific Northwest were disappearing.

At UW, Ted Bundy started dating Elizabeth Kloepfer, who left him. His incident was said to have completely broken him. But later, after a rekindled relationship, he abandoned her. His first victim was a student and dancer in Washington. Ted sexually assaulted and bludgeoned 18-year-old Karen Sparks in her apartment, which left her alive but with permanent disabilities. His official first murder was Lynda Ann Healy, a month after Karen. He abducted Healy and forced himself upon her before disposing of her body.

Her skull was found years later. He would meet university girls with cast on and request them to help him out in putting things in his car, after which he would kidnap them. He would bludgeon, bind, assault, and kill the women, dumping their bodies in the woods. He was necrophilic and had a hobby of treasuring his victims’ skulls. In the following five months, five university girls went missing in the region, namely, Georgann Hawkins, Brenda Carol Ball, Roberta Kathleen Parks, Susan Elaine Rancourt, and Donna Gail Manson. During this time, Ted Bundy became acquainted with Carole Ann Boone, a divorced mother of two, whom he would date.

Suspicions Rise: Is He The Killer?

The police department hunted for the murderer in a frenzy, and eyewitnesses produced a physical profile of Ted, and his car and bodies were discovered. While he lived in Utah studying Law, he similarly murdered four others. This made Kloepfer suspect him and affirm them of the police. He continued his murders in Colorado as well, but by that time, he had become the prime suspect of the Washington investigators.

On the 16th of August of 1975, his Volkswagen was pulled over in the Salt Lake City suburb by Bob Hayward, a Utah Highway Patrol officer; where upon inspection, the police found handcuffs, masks, torchlight, ropes, and other blunt weapons but since this was not enough to increment him, he was kept under surveillance. His old Beetle was identified in September when the police found hairs that matched three victims, and so was he by witnesses.

He escaped twice from custody. The first was from the law library in Aspen’s courtroom on the 7th of June 1977, which he visited in the context of being his lawyer. He had attended his preliminary hearing, after which he escaped through the window of the second floor, disappearing into the woods. But he was recaptured in six days, owing to his reckless driving in a stolen car. He escaped for the second time when in jail after six months. He understood that his cell was underneath the jailer’s officer. Day by day, he dug through the plaster with a hacksaw he acquired from an inmate and cut down on meals to fit through the tiny hole. Ted Bundy insisted on being his own lawyer

He crawled out with cash of $500 smuggled in by Carole and exchanged his prison suit for the jailer’s civilian clothes. Soon, he drove away to Florida. Albeit, Florida could not solve his problems as he was unable to get a job without identification. On the 15th of January 1978, Ted Bundy defiled and murdered Lisa Levy and Margaret Bowman.

After which, he proceeded to assault Karen Chandler and Kathy Kleiner of Chi Omega sorority house. Later he penetrated Cheryl Thomas’ apartment and beat her into deafness. On the 8th of February, he kidnapped Kimberly Diane Leach, a 12-year-old, and dumped her corpse on a pig farm. Later his reckless driving gave him away, and he was arrested when the IDs of three victims were found in his stolen car.

Ted Bundy was considered evil incarnate. He refused defense and argued for himself. Upon conviction, he confessed to several subverting and confusing accounts of his murders and manipulated the names of the victims several times. According to the evidence, the prosecution was able to link him to over 30 killings, but the actual count is unknown. He was convicted of three attempted first-degree murders on the 24th of July, 1979, in Florida.

When he was standing trial for Leach’s death, he proposed to Carole, and they were pronounced as she accepted in 1980. He was sentenced to death by electrocution for the third time on 10th February, which was carried out on 24th January 1989 at 7:16 am in Raiford, with an audience of hundreds of onlookers. 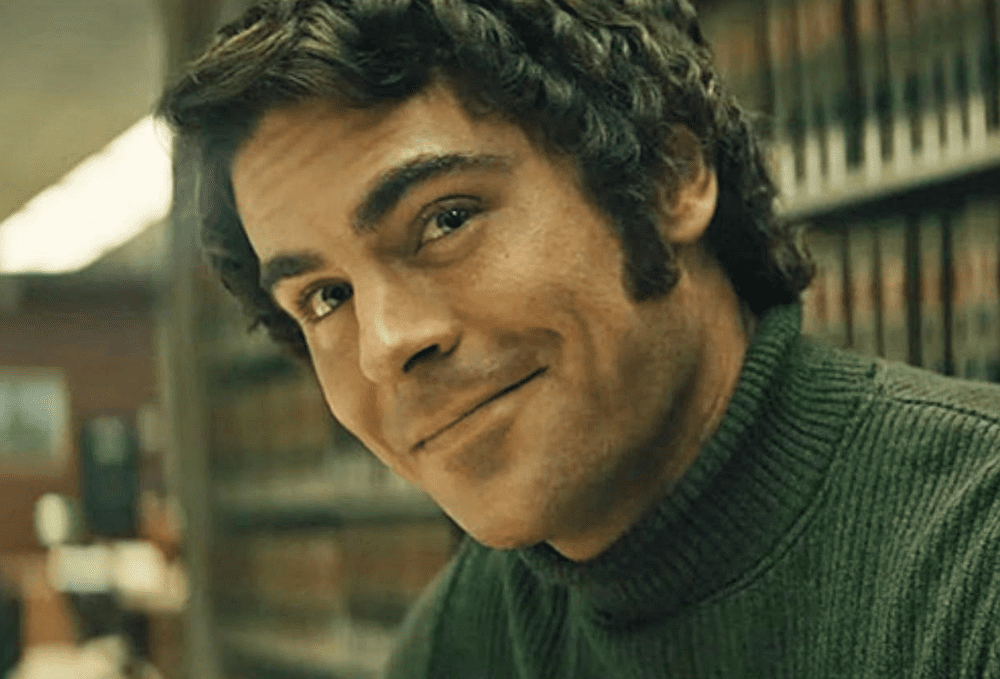 Prior, a daughter called Rose was born to him by Carole in October of 1981 and was said to have been sodomized by his fellow inmates in Florida’s Raiford Prison. Ted Bundy was described as a monster whom Ann Rule did not realize, leading to her book “The Stranger Beside Me”, and according to his interviews, his passion was in possessing the victims’ remains and elaborated it not to be a crime but rather a process of unification.

“Conversations with a Killer: The Ted Bundy Tapes” was released by Netflix, which gives curious minds access to his recordings. Several movies were made exposing the mind of the killer, the most noted being “Extremely Wicked, Shockingly Evil, and Vile” of 2019. To this day, hearing his name either curdles the blood or chills the spines of all that know him.

Also Read: The Vanishing Hotel of France: Was it Ever Real?