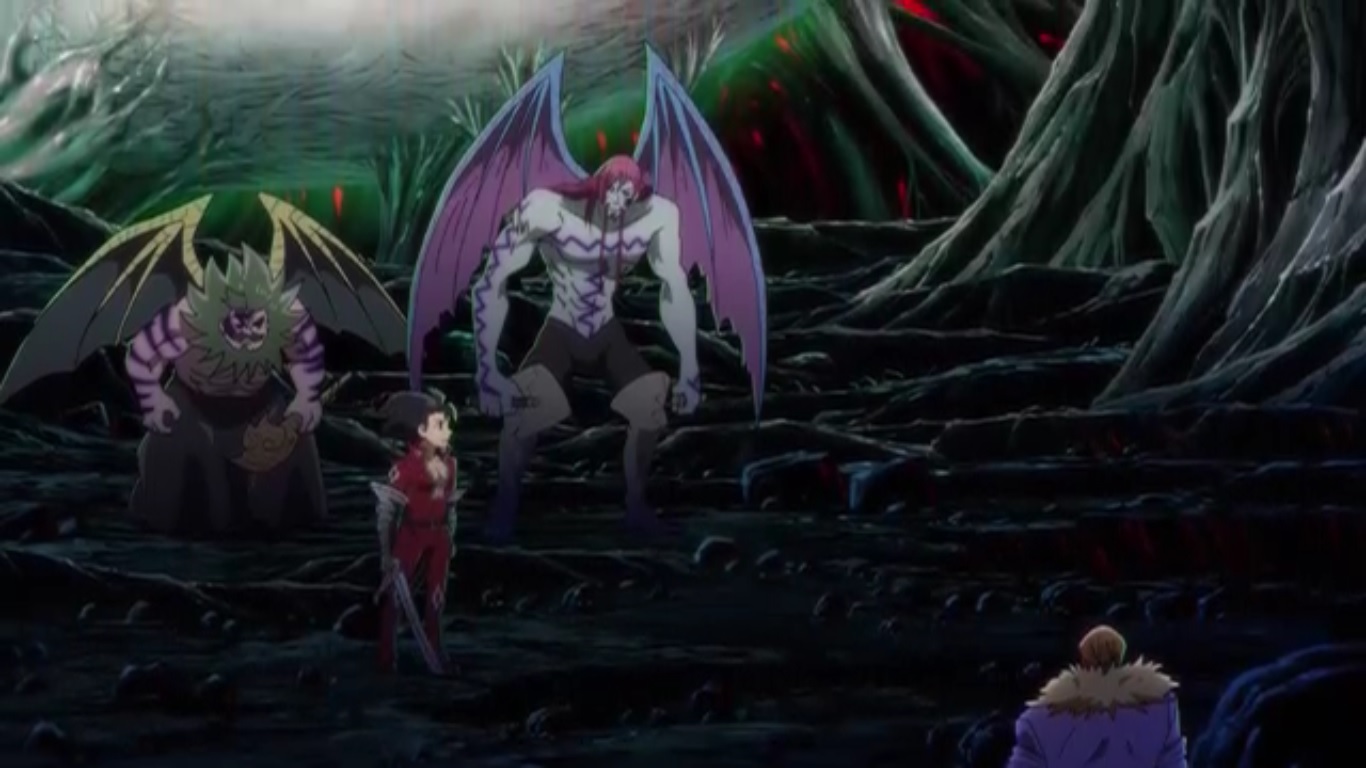 The Seven Deadly Sins Season 5 is finally approaching the end of the holy war. Earlier on, The Seven Deadly Sins Season 5 Episode 7 saw a change of heart from Mael, who was Estarossa all this time. This was due to Gowther’s magic that had altered everyone’s memories, including those of the demon king. When Mael reverted to his true self, he had so much hatred and wanted revenge. In the end, he consumed two commandments and ended up corrupting himself only to be saved by Gowther.

Now Mael is on the Sin’s side and intends to join them in their final confrontation against the ten commandments. Meanwhile, Meliodas is still in his slumber. And Ban has successfully rescued Melidoa’s feelings from Purgatory, but only the demon king now stands on their way back to the real world.

The anime will have us see the final clash soon with everything already set in motion. Cusack and Chandler have fused to form a new and powerful demon that has once challenged the demon lord for his throne in the past. Merlin and Escanor seem to be exhausted from their previous fight with Zeldris. But with King has recovered and Mael is on their side, this will be an interesting showdown.

With only seven episodes released out of 24 for this season, the anime is still in its early episodes. Meaning that there will likely be a lot to tell after the holy war has ended. But for now, the impending action seems promising, and it is something worth looking forward to.

The Seven Deadly Sins Season 5 Episode 8 will release next week and take us through Chandler and Cusack’s transformations. The next episode will be streaming online on Netflix but for limited regions.

Upon consuming the two commandments, Mael assumed a new form that combined both the angelic and the demon’s powers. He was too powerful for Diane and King’s combinations. And even with a little help from Gowther, they still stood no chance. But thanks to King’s rapid awakening as the true Fairy King, they were saved. King appeared in a new form and was more powerful than ever. He had access to multiple weapons, of which he could only use one at a time in his former transformations. 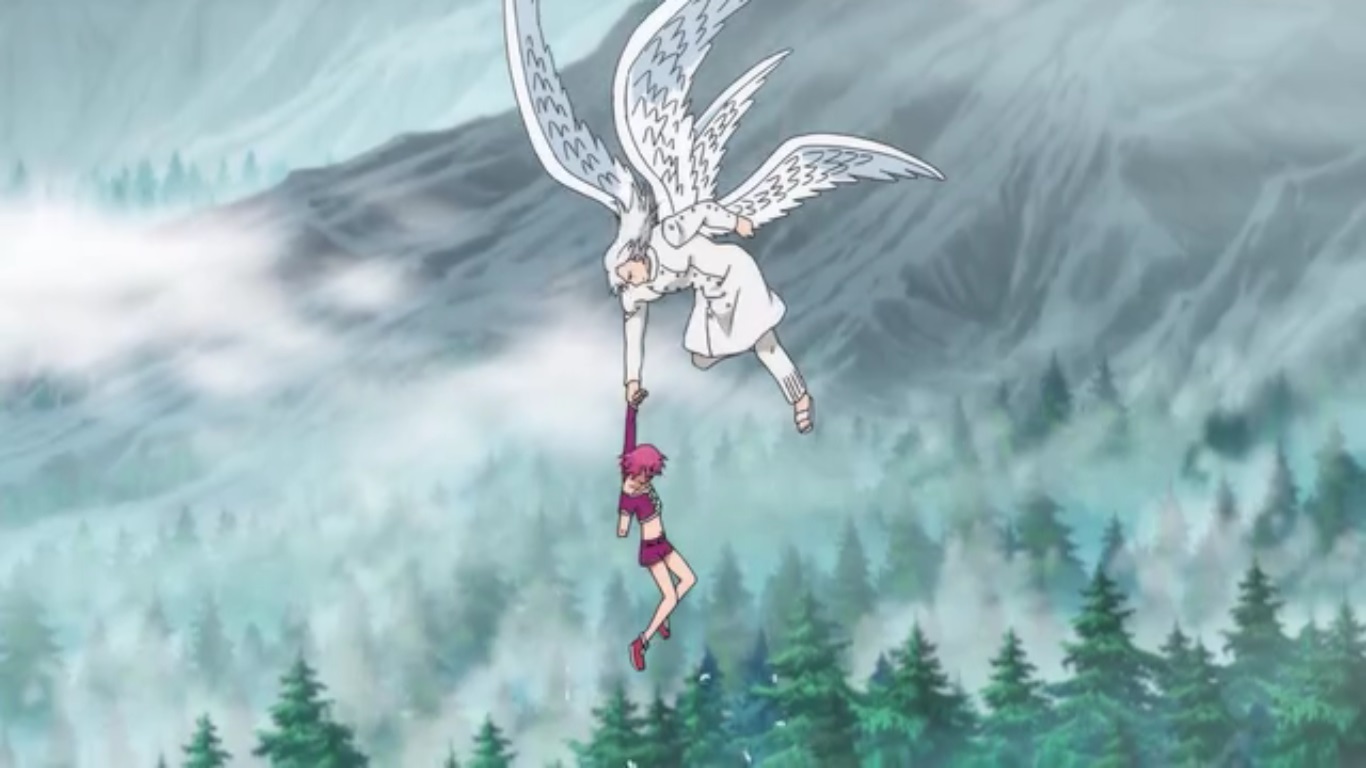 Mael returned to his former self without any guilt, rage, or revenge towards Gowther. He seemed to be somewhat powerful compared to how he was before. And he has also agreed to join the Sin’s side and decided to put the holy war to an end. But with only Chandler and Cusack left, it seems like the commandments are outnumbered. Zeldris is reserving his powers later as he knows that soon the rest of the Sins will be joining the battle.

Another interesting development from this is Ban and Meliodas’ confrontation with the demon king. They managed to meet Mild, Hawk’s true brother, and we now know that Hawks comes from Purgatory. But we still don’t know what the Demon Lord will do. He is the one who locked Meliodas in Purgatory, and he might not cooperate with them.

More Updates on The Next Episode

The next episode will take us through Cusack and Chandler’s fusing into the original demon. Its strength is on par with the demon king’s, so this one will take a lot of effort to deal with. We are yet to find out what Melidas will do after he comes back from his incubation. He still has to keep his promise to Zeldris, so things will not be difficult for him when he comes back.

Since he intends to undo the curse placed on him and Elizabeth, the showdown might be between him and the demon king. But for now, let’s observe how the anime will play this out on the upcoming episodes. You can check out more updates on this week’s anime schedule: weekly anime news updates to find out more on the upcoming anime episodes.