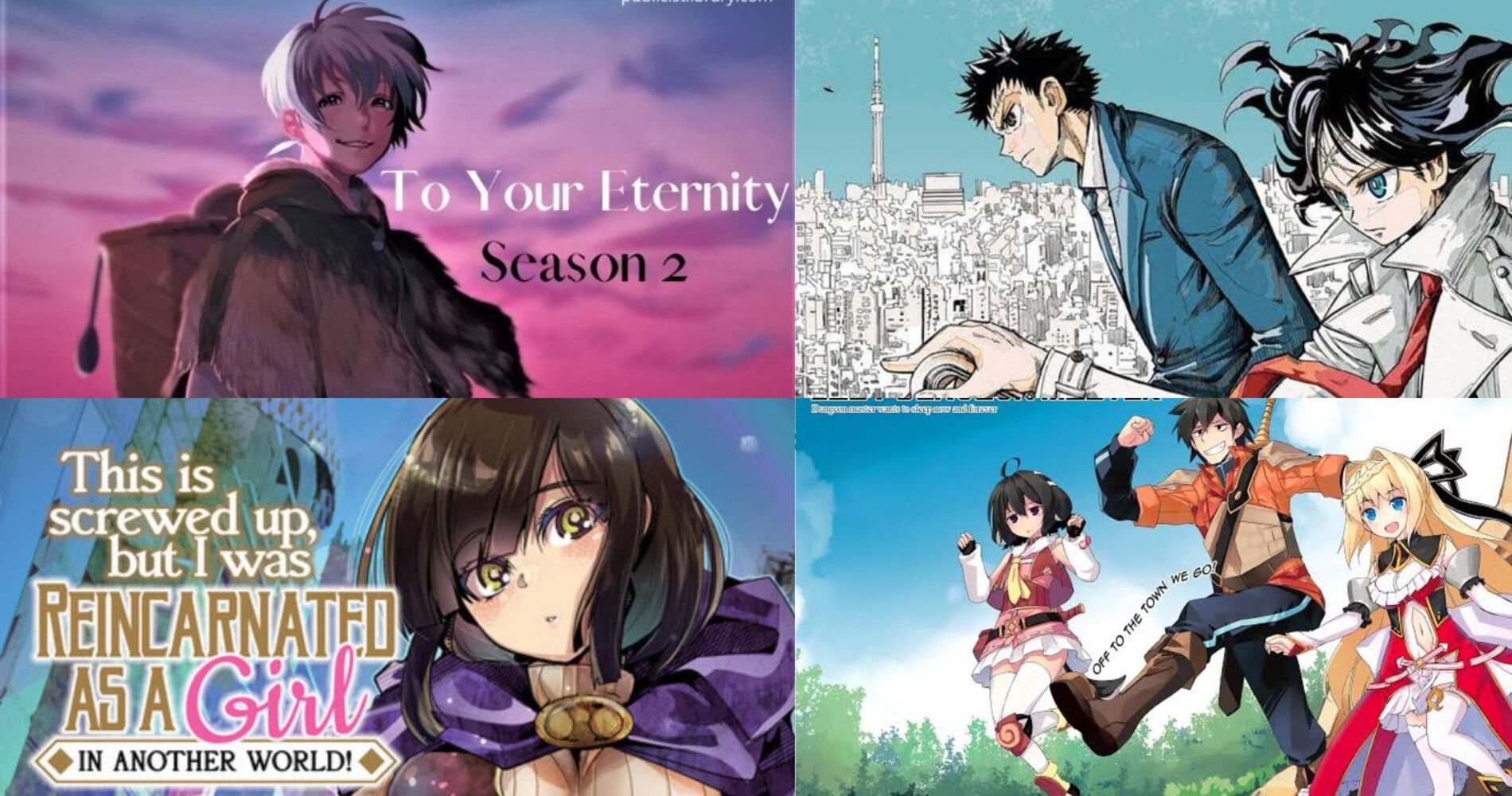 As an increasingly popular industry, fantasy manga can offer some great stories. Some companies rise, while others fall. You need to be reading the best fantasy manga if you love dragons, magic, and all things fantastical. There are so many great choices that they can be overwhelming, so use this list as a guide so you don’t get overwhelmed. In this article, we will see the 10 best new fantasy manga.

You have many options when it comes to fantasy manga, so if you’re looking to spice up your boring life, these are the right ones for you. The majority of mainstream manga are from the fantasy genre, so you have probably read one already, no matter what kind of manga you enjoy. A lot of the world’s most popular manga falls into the fantasy genre – Naruto, One Piece, or Fairy Tail all feature magical elements. But fantasy manga goes beyond these familiar series. Let’s see some upcoming and some already published fantasy manga; you definitely going like it.

The anime adaptation of Made in Abyss caught the attention of fans, but Akihito Tsukushi’s original fantasy manga is also well worth reading. Set in a city at the edge of an enormous chasm, this manga is richly detailed and imaginatively imagined. Volume 10 is available on amazon from 3 May 2022.

There are many adventurers in this town, including our young protagonist, Riko, who lost her mother to the abyss. Riko wants to follow in her mother’s footsteps by exploring these depths herself. The design of the abyss itself is incredible, and the real star of this fantasy manga is the robot boy who must have come from the abyss itself. Reg’s unique abilities help Riko overcome the abyss at such an early age. 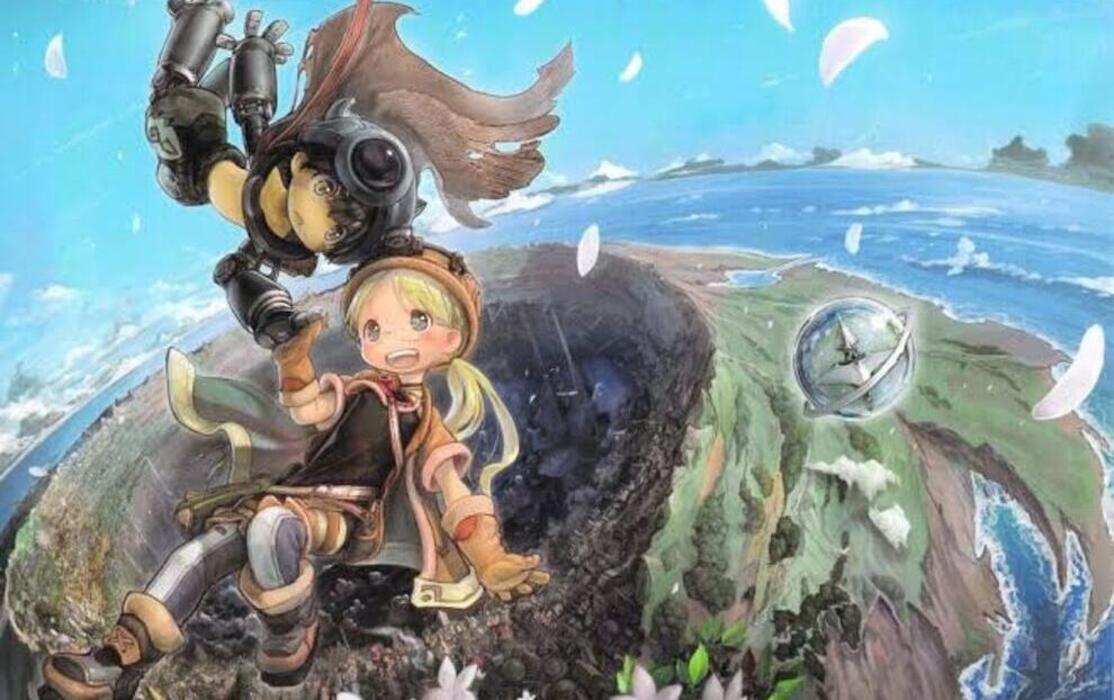 It’s a story that relishes in the unknown, a story that embodies Jules Verne’s work. It’s an excellent example of the mangaka carving out a lusciously realized world full of amazing creatures. These young adventurers’ relationships, as well as the things they see, captivate you, keeping you glued to the page. The mysteries in the abyss and the things they see keep you captivated.

9. The Wrong Way to Use Healing Magic

On April 26, 2017, Kadokawa Shoten’s Comp Ace magazine began serializing a manga adaptation with art by Reki Kugayama. It has been collected into nine tankōbon volumes as of November 26, 2021. This series plot follows the Four Cardinal Heroes, a group of common Japanese men who are the guardians of Melromarc. Naofumi Iwatani is doomed to serve as the shield hero due to his lack of offensive skills and sluggish acting style. Naofumi’s fellow heroes and citizens mock him for his lack of offensive abilities. 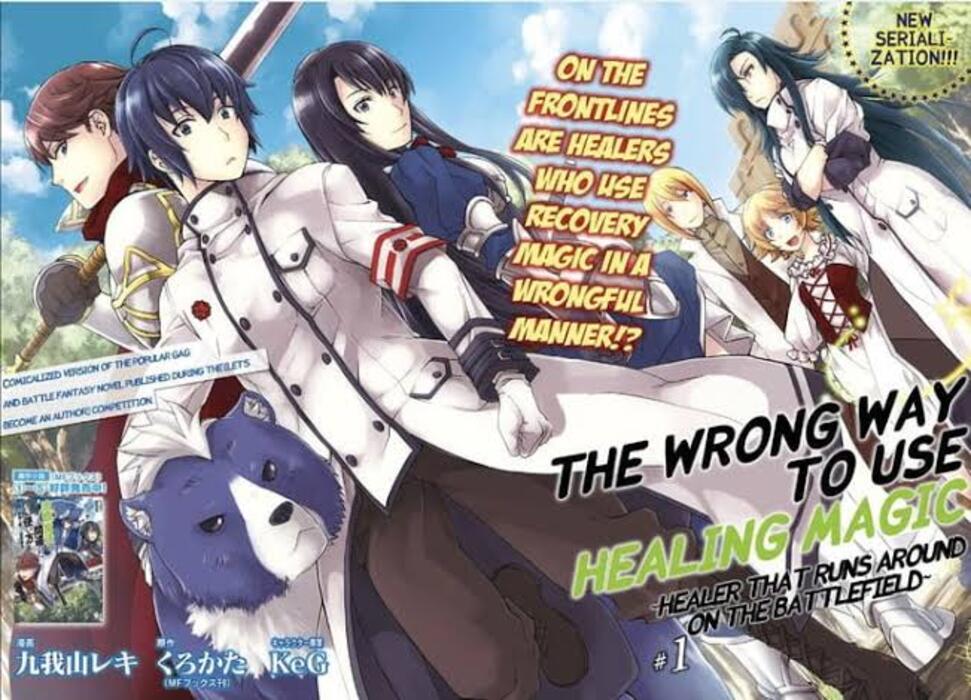 The Wrong Way to Use Healing Magic

8. The Man Picked up by the Gods

“The Man Picked Up By the Gods” is written by Roy and illustrated by Ririnra. The gods bestowed upon Ryouma Takuma every gift they could bestow upon him when he reincarnated. Yet, his reserved nature caused him to stay secluded in the wilderness, using only a taming skill to amass a small army of slimes. Even though they were rather mundane and basic to him, the reactions of those who met him were the opposite. 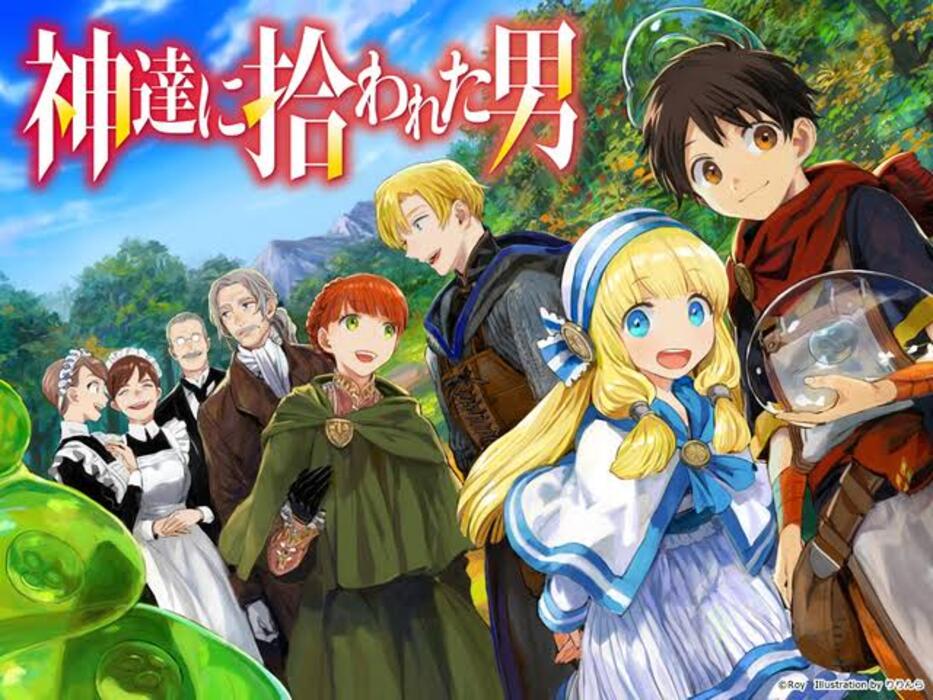 The Man Picked up by the Gods

Using his slimes, he accomplishes incredible feats to the astonishment of all those who know him. Ask anyone else if they would consider his magic cool in the most serious of circumstances, and they’d agree that it’s not the flashiest of his abilities.

The series was written and illustrated by Fusai Naba and began serialization in Shueisha’s Weekly Shōnen Jump magazine on June 6, 2022. so far, there is only four-chapter been released. This story is about Japanese high schooler Tatsumi Tatsunami lost both of his parents at an early age and now works multiple part-time jobs to support himself and his younger siblings.

Tatsumi wakes up to discover his body is changing suddenly…And now mysterious beings are showing up at his house. To safeguard those he loves and protect the Earth (or “area”), he has to awaken – because they’re already here! A new chapter of the story is published in English every day through Viz Media and Manga Plus simultaneously with the Japanese release.

6. A Returner’s Magic Should Be Special

A party of six heroes tries and fails to save the world from apocalyptic Shadow World, but their magician gets a second chance. Desir Herman awakens thirteen years in the past and must rouse a new party to stop the greatest catastrophe ever to strike humanity. 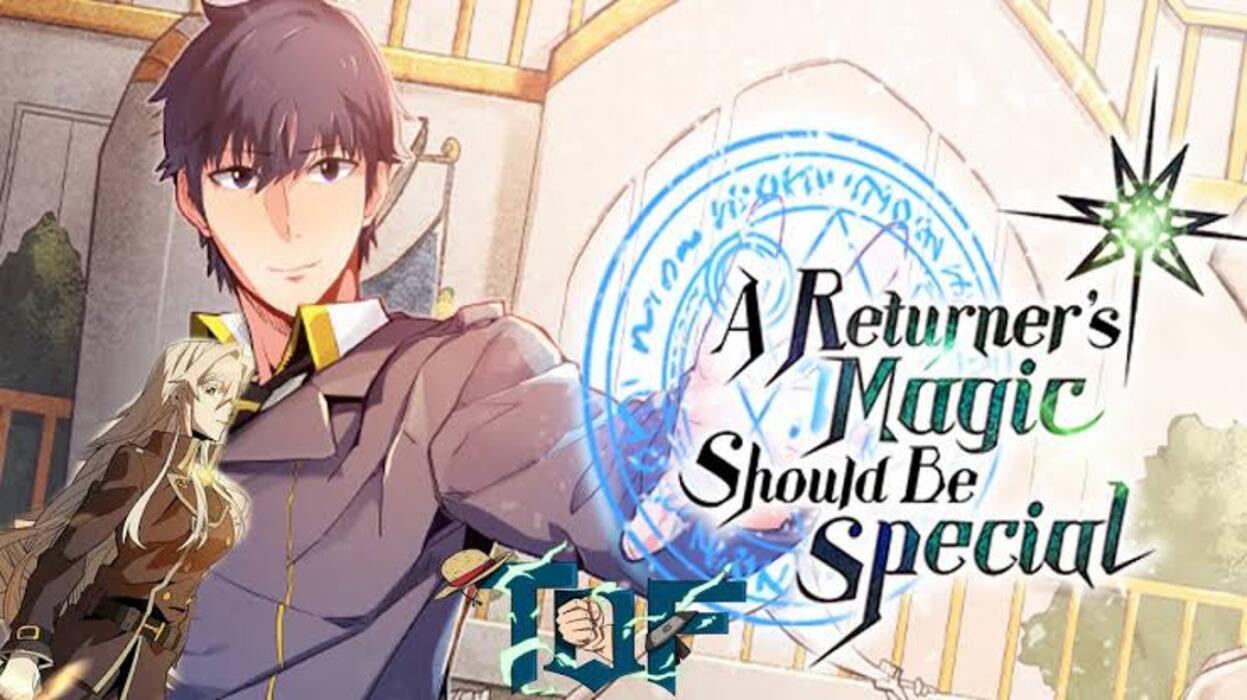 Desir’s return from the apocalypse hasn’t given him any special abilities besides the knowledge of the future, but that knowledge won’t matter when no one listens. Is it possible to stop what’s coming, or is humanity destined to be destroyed? 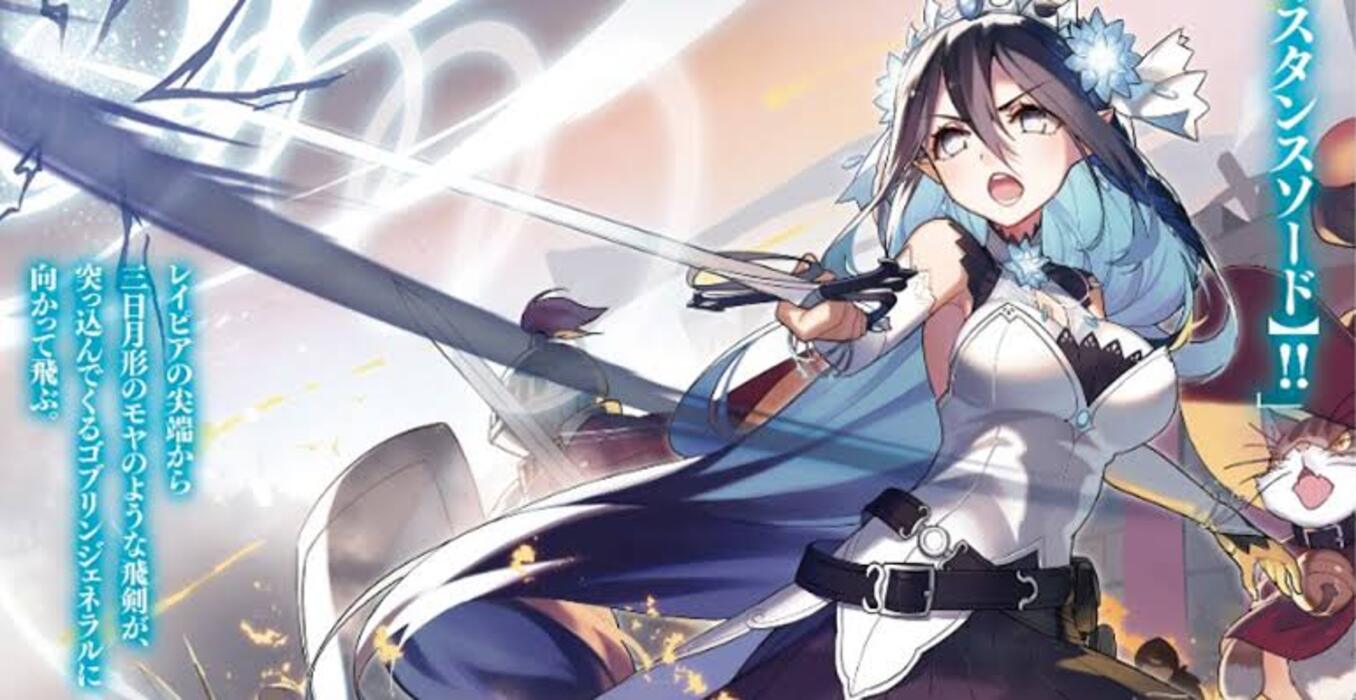 This new light-hearted fantasy romp employs “Full Dive” virtual reality, popularized by series like Sword Art Online. Tsukishiro Kotone, an inexperienced gamer, jumps into a fantasy world and elects to compete in the hardest race without knowing it… Now she’s stuck as a Zombie race designed for hardcore gamers… Can she possibly enjoy her second life when she never really existed? Manga readers will need to wait until September for the light novel release of Free Life Fantasy Online: Immortal Princess.

4. This Is Screwed Up, but I Was Reincarnated as a GIRL in Another World!

All you need to know about Yoku Wakaranai Keredo Isekai ni Tensei Shiteita You Desu (This Is Screwed Up, but I Was Reincarnated as a Girl in Another World!) can be found in the title. After being enslaved as a girl, Ren realizes that she is a grown adult from Earth, gaining magical abilities in the process. 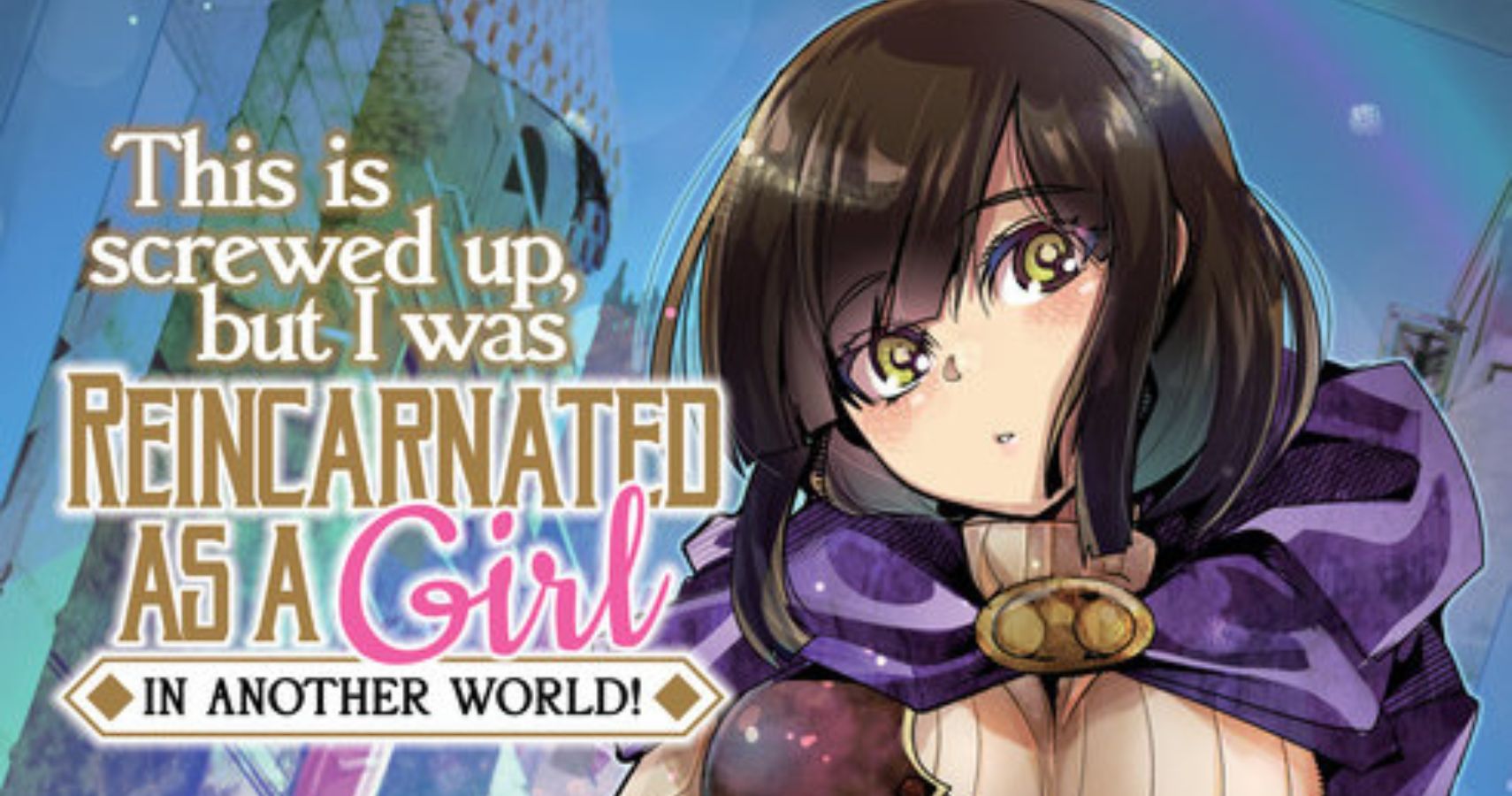 This Is Screwed Up, but I Was Reincarnated as a GIRL in Another World!

Ren, a former research scientist, uses the magic she learned during her previous life – along with her knowledge of chemistry and physics – to create tools and devices, free herself, and help people throughout the world! 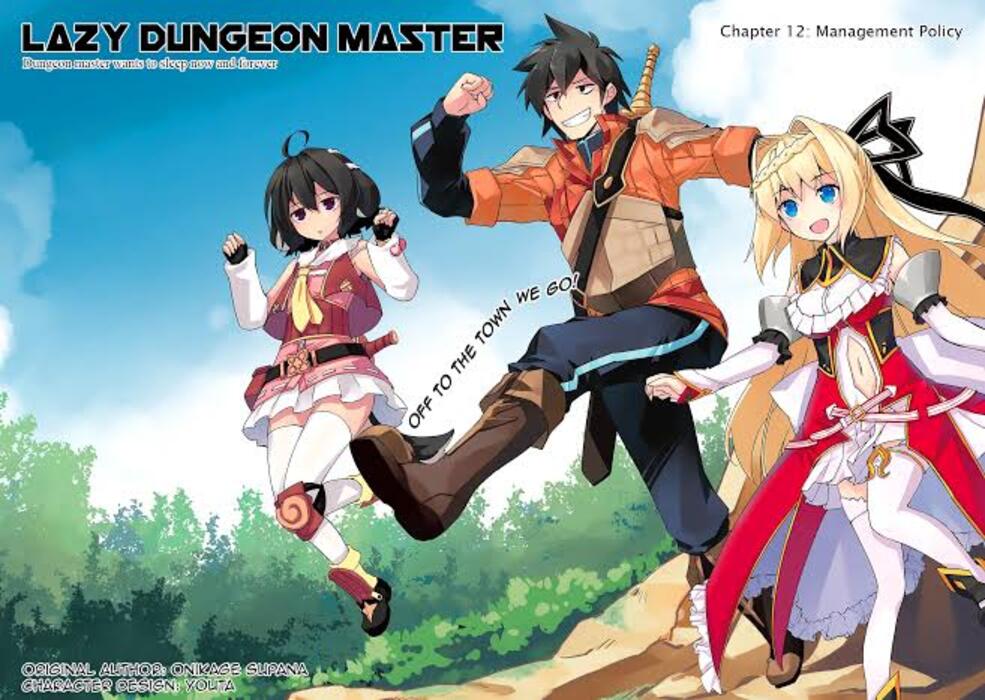 This series follows the story of a lazy boy, Masuda Keima tries to avoid doing any real work. After being summoned to a fantasy world by a sentient dungeon core, Keima takes over as a dungeon master to make the perfect self-sufficient dungeon.

In the process, Keima meets beautiful adventurer girls and discovers more dungeon cores, all in the pursuit of crafting the perfect dungeon and never working a day in his life! We meet our main character, who is dissatisfied with his lot in life, seeking to gain more power, level up, and get the girls. After all, he’s surrounded by 24 of the hottest eroge girls in videogame history – and he’s also discovered magic. If he can use this newly discovered power, can he help him defeat the Demon King?

It has been said that mangaka Yoshitoki Oima is probably best known for her short series A Silent Voice (Koe no Katachi), which was adapted into a beloved anime movie. However, she is also responsible for this completely original and unique fantasy manga.

As a fantasy manga, To Your Eternity is incredibly smart, heavy, and impactful. It explores key themes like mortality, change, and community through a story about an orb that is sent to the human world to learn and develop. The orb takes the shape of whatever it comes into contact with. Initially, it appears as a rock; soon, an injured wolf dies beside it, and the orb transforms into a wolf, walking along with the snow until it encounters a boy (the “real” wolf’s former owner). From here, we journey with the boy to reunite his community, which left him alone to seek a better life. From this point on, our journey really begins when he dies, and the orb takes his form. This manga is a tearjerker from the very beginning. It isn’t afraid of putting its characters through the ringer and even killing them if necessary to advance the plot. But to grow, one must be hurt and lose.