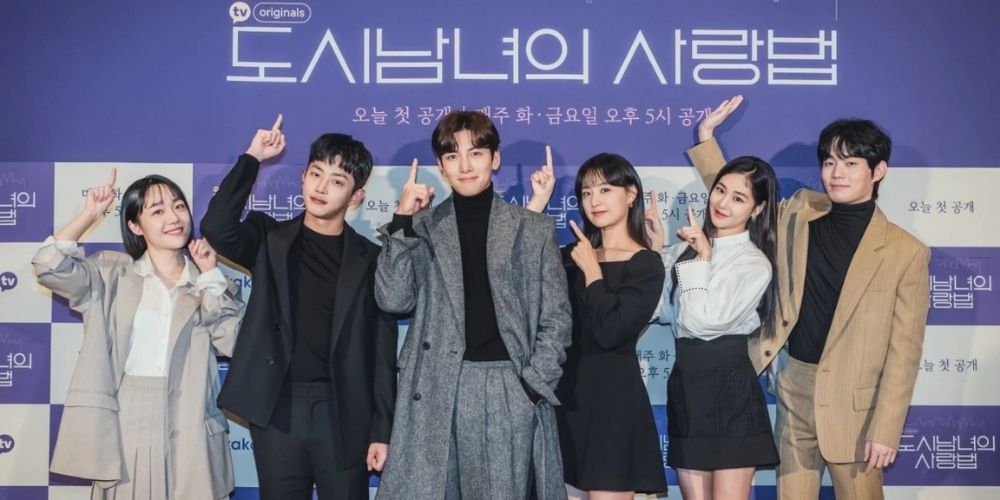 Lovestruck in the city is a South Korean drama released in the year 2020. The series got off the air in February 2021. The series is base on the love story of different couples how their life changes over some time. It has a romantic genre following up with youth and life. It is the original Netflix series. The drama is written by Jung Hyun-Jung and Jung Da-Yeon. It is directed by Park Shin-Woo. Being an original Netflix series it isn’t available on Viki and Viu. There are fewer chances of this series is available on any other app platform.

The rating of the series is quite average. It is rated a 7.5 by IMDb while MyDramaList rates it 7.9. The genre is romance and youth. This is a quite refreshing series quite similar to American sitcoms. There are a total number of 17 episodes in the series. The series is short yet effective. The duration of the episodes in the series varies. The total run time is 28 to 40 min per episode.  This is the only season that releases no other season to follow till now.

Lovestruck In the City – Star Cast

The drama has six main lead which is starring Ji Chang-Wook as(Park Jae-Won), Kim Ji-Won as (Lee Eun-O), Kim Min-Suk as (Choi Kyeong-Jun), So Ju-Yeon as (Suh Rin-I),    Han Ji-Eun as (Oh Seon-Yeong ) and Ryoo Kyung-Soo as (Kang Geon). The plot revolves around these six love stories. The other main characters who play an important role as supporting cast are Minho as (Oh Dong-Sik), Hong Su-Zu as (Hae-Na), Lee Sang-Woo as (Bin), and Park Jin-Joo as (Ra-Ra). They all played a quite major role in building the plot. The other characters are also important for the development of the plot. Majorly the story revolves around the leads more.

Read More- Undercover Korean Remake: What We Know So Far?

The series Lovestruck in the City revolves around six different people and about their love life. It shoots in a documentary format. This series gives an introduction to six single or single people in their late 20s or early 30s. the plot usually revolves around the character Ji Chang-Wook who is a 32-year-old architect; Lee Eun-oh (Kim Ji-won), a 29-year-old marketer, Kim Min-Seok a 29-year-old architect, So Joo-Yeon who is a 29-year-old Jill of all trades, Ryu Kyung-soo who is a 29-year-old novelist and Oh Sun-young Han Ji-Eun who is a 30-year-old gym teacher and a self-admitted serial dater. They’ll hear each other’s responses to the producers’ questions.

Each and every one of them has some burns in their dating scenes. There are nightstands like Sun-young, others just have no idea what the other gender wants. There are only two characters that gave an actual love scenario and want a serious relationship. The two people are Jae-won and Eun-oh. They wanted to meet and resolve the misunderstanding that leads to the disconnection of their bond. The guy feels the girl is wrong and she attempts to do wrong things while the girl has positive feedback for relation it made her feel like to improve herself.

Read:   All You Need To Know About Marvel's The Eternals

The story is about Jae-won who flies to a northern beach town to spend a month surfing and living on a trailer on the beach.  There is a girl name Eun-oh who helps her friend Ra-Ra by picking him up. Both the guy and the girl immediately connected to each other in the journey. The girl finds the guy handsome and mysterious while the guy finds her bubbly and intense. Both of them fell for each other as quickly as they can. There the story between the starts and comes to an end when Eun finds Jae won with someone else the next day. She broke all the contacts and what happens next is what to see in the series. 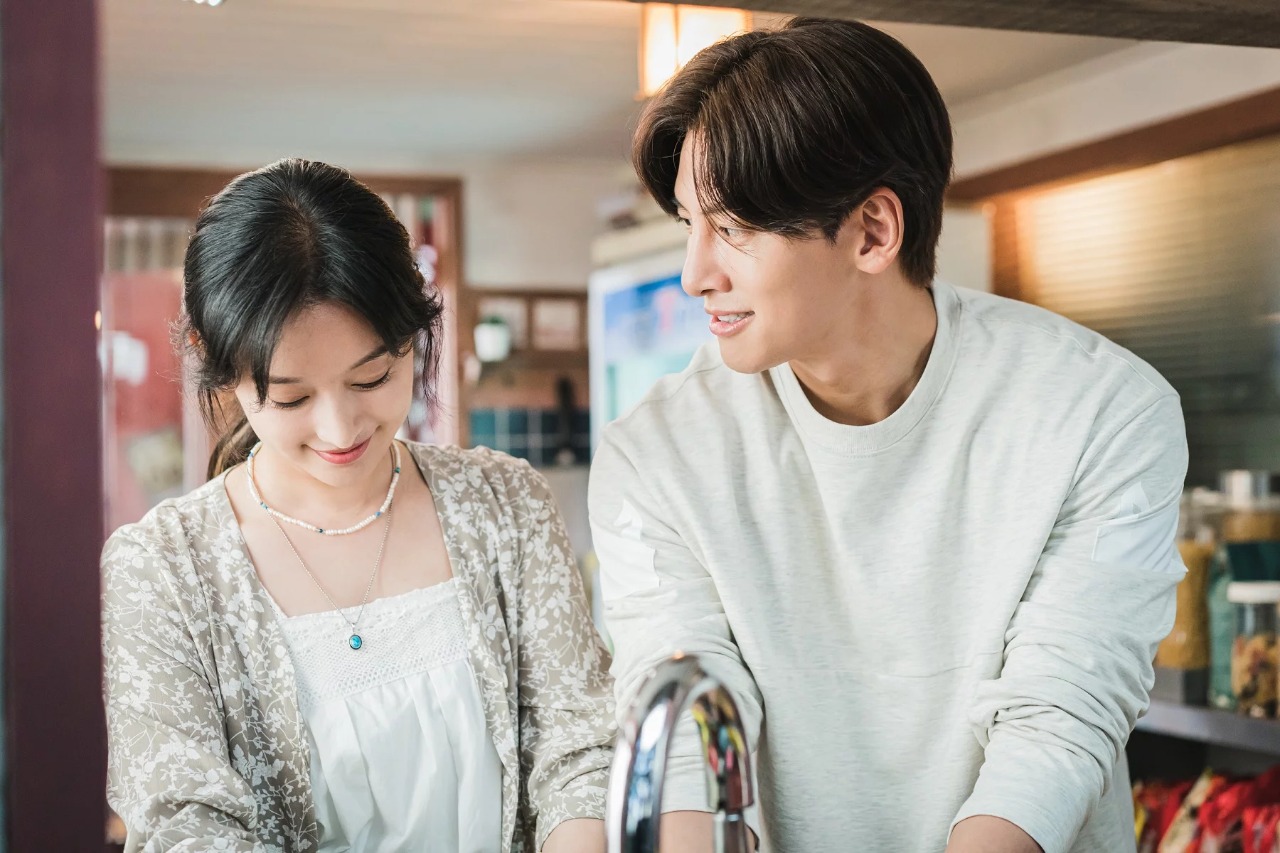 Lovestruck In the City- Plot

In the very first episode of this series, the characters are introduced to Park Jae Won (Ji Chang Wook) a 32-year-old architect. Lee Eun-O (Kim Ji-won) 29 years old he introduces as a marketer. This 29-year-old marketer or we can say Choi Kyong-jun was working in a company that was established by his uncle and his father. The other guy Suh Rin-i (So Joo-Yeon), 29 years old was doing some last-time jobs in all the industries. Kang Geon (Ryu Kyung-soo), 29 years old was introduced as an old novelist.

Oh, Seon-Yeong (Han Ji-Eun) was introduced as a 30-year-old gym teacher in a well-known high school. Also known as a serial dater by self-admission. Now the story starts with the first dating story of Park Jae-Won and Lee Eun-o as a flashback of September month and the year was 2019. Park Jae-Won goes surfing to the beachside town of yang. That was the place where he first time meets Lee Eun-o, a part-time worker in Ra-Ra ramen working with a false name as Yeom Seon-a. She comes to pick him from the airport and at the first look, both got attracted to each other.

The interview was still going on as questions were coming from the interview’s side and the next question was how they initiated sex? The story started with the teaching sessions as Seon- teaches him to drive a camper and he teaches him how to do surfing perfectly.

They got close day to day and may a time they got some intense moments. In some of the moments, he tells her about his feelings and tells her that he loves her. The next morning Jae-Won sees her with someone and she starts feeling that she is being used. Then she started discussing with Seon-a why he is ignoring. Was it a one-night stand?

Seon is trying everything some of them were ukulele, roller skating, beach ball, and surfing.

Finally, the day came when Seon was sure that she has started developing feelings for him, this episode ends with a twist that they both started missing each other in the present day. Seon and Jae-won start their romance with a speed, they had a moment where they danced in rain, he proposed to him on call and they planned a mock wedding.
Then she requests him to stay for one more month and extend his leaves, the shocking part was they exchange rings which one he still has on his finger.

He used to think about what she has done with her ring? Then come to the end of their romance when a call came and he was called back by his company. He made a plan where he gave her his number and fixed a meeting point with her where they can meet every Saturday. But she never called and never came to meet. In the present day she an old friend for an assignment which was important for her company O3. It was still a question in his mind that what wrong he has done with her that she dumped him without giving any reason.

Jae-won left his 3 cameras with her when he was supposed to rush back to Seoul when he was called back by his company. They never meet he never got a chance to get them back Geom. Seon-Yeong had a fight and a messy breakup of their relationship where she asked him to return every small thing that she bought for him. The Photographer recognizes the man in her photos that she went to get develop which is of his camera.

The story got revealed that they were classmates in school. Luckily they met again in high school started talking became friends and it leads them to date. The next episodes begin with the right question which is there a right way to break up. They started debating about the healthy way to break up with the psychologist. Meanwhile, Eun-o receives a call from her company regarding her work.

On the other hand, Jae Won was sucked with the thought that who was he on the phone when he was talking to Eun-o. He goes to Kyeong-Jun and asked about Eun-o and her past. After all the work they all planned to go to the rooftop for dinner and Kyeong invites Jae for the same. She has pointed out and thrown the ring because everything was wrong that he knew about the girl. He tells her not to get mad at him as she has no right now and plays his song for the trip.

Lee Eun-o tried several times to change the song but every time he slaps her hand away from the button. She gets irritated and says Jae-Won is silly this is the reason I love him. The character talked about the feeling of love feeling if someone liking you. The marketing event is on high as it was going so well. Jae-Won is asked to leave Eun-o forever but unfortunately, they decide to meet on building top and talk. She tells him that instead of separating let’s just give it a try they started dating first then they kissed. They were now officially a couple.

Lovestruck in the City is a South Korean drama released in 2020. Talking about the series it is one of the refreshing and something different in Korean series that you are going to find out. The series revolves around the mistakes the turns a relationship takes. It also shows how modern dating has turned out to be which is related to physical satisfaction.

The rating of the drama is not so promising but it doesn’t justify it either. There are some points on which you will be confused about the plot but in the end, everything comes together and build the plot. Overall this series is great and a must-watch as it reflects today’s dating scenario.

The scene is dynamic the portrayal of the character is clear and strong. If you are thinking of starting this drama you can surely go for this and you won’t regret it in the end. Also, the series is not long so you can binge-watch and clear it in a day or so too. If you want to watch a refreshing yet interesting drama then you can go for this a bit complex to understand at the beginning but it solves with the coming episode.

Read More- A Love So Beautiful (2020) Review And Plot Analysis