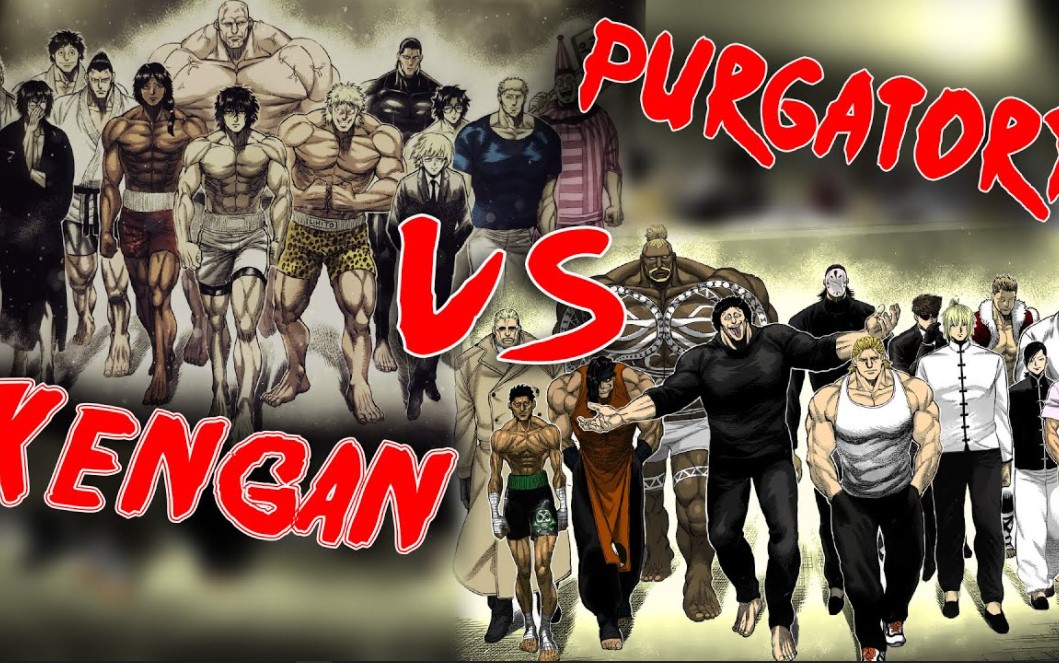 It is time for another match since Agito has defeated Lutian and Jurota asks Terashi what he can say. Terashi comments that were not Lutian he knows, and Lutian can not be taken down just like that. Terashi is wondering why Agito and Lutian had the same tattoo, and something is not right about the tournament. Nicolas comments that Terashi is stating out the facts. He said that even though people are planing something secretly, it won’t change the matches.

Terashi realizes there is something off about Nicolas. He asks Nicolas if he is hiding something from them, and Nicolas just smiles at them. He added that he is not the kind of person they should be suspecting. Fei thinks that it might be Lolong who is hiding something. Fei concludes that Lolong must be one of the worms. Because he was acting weird when Naidan was rampaging and Lolong could not take what Fei is trying to say. 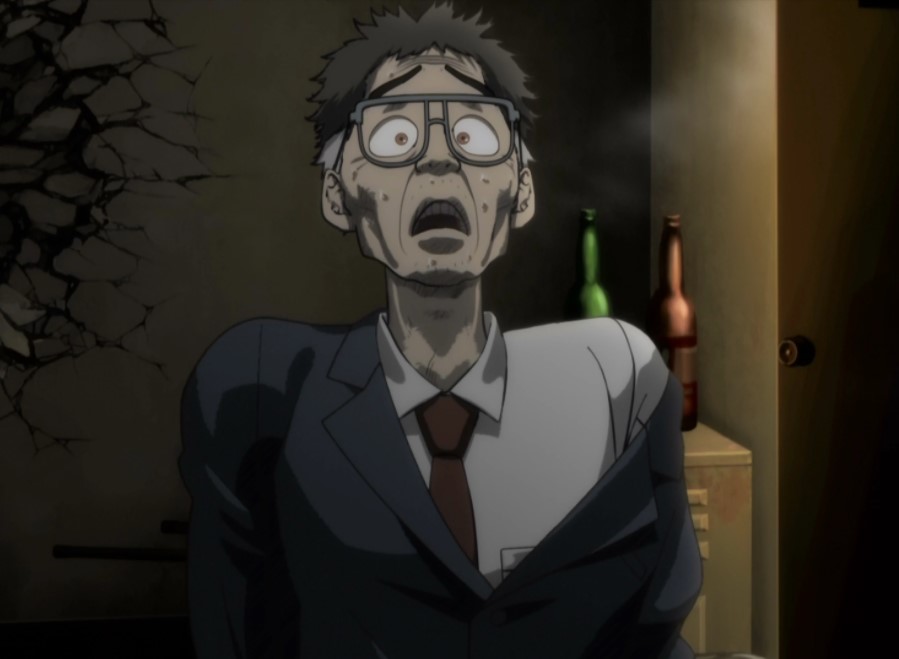 Lolong told Fei to just stop with his false accusations. Meanwhile ate the other room Rihito and The Falcon are arguing about Kuroki. Rihito said that Kuroki is not a Ninja and The Falcon replies that Kuroki is the best Ninja master. He also said that someone might have just deceived Rihito to doubt his master. Rihito is surprised that when did Falcon became a Kuroki student.

With bruises and bandages on his face, Medel is on the bed that is near a beautiful lady Aki. He told the two that they must mind their tongue; there is a lady here. Aki comments that Medel flatters her. Medel smile and told Aki that she must just level those brats, and he called Senora. Medel realizes that he lacks strength in his fights, and he decides to sacrifice a little speed to get the more striking force.

He thinks that he has to move to that feather-weight division. Medel asks the doctor to turn up the volume since he wants to watch the next fight. Kokomi refuses, knowing that it will be making noise for other patients. Back to the fighting Arena, the fighters are shocked, asking what is going on. Nogi comments who told him to do this, and ref Shin Allisa is also surprised. Six fighters from Purgatory and six fighters from Kengan are in the middle of the ring.

They want to settle the scores once and for all since they cannot wait for their turns. Alissa told them to go back to their seats. Alisa asks Nicolas to give her some explanation since he is the one who started it. Nicolas replies that he has no clues; he is just going with the flow. Arashi raises his hand, saying that he wants to ask Kengan Association fighters something. He asks if they have noticed that they are mysterious incidents that are going on since two fighters have a centipede tattoo.

Tokuno said that it has been troubling him. Hayami comments that it is a strange tattoo, and Kazuo asks everyone to let him explain. Kazuo reveals everything he knows about the worms and the incidents that have been happening. He concludes that the worms have infiltrated the Kengan Association. Arashi thinks that the worms are secret Chines society, and Nicolas said he could not stand them. 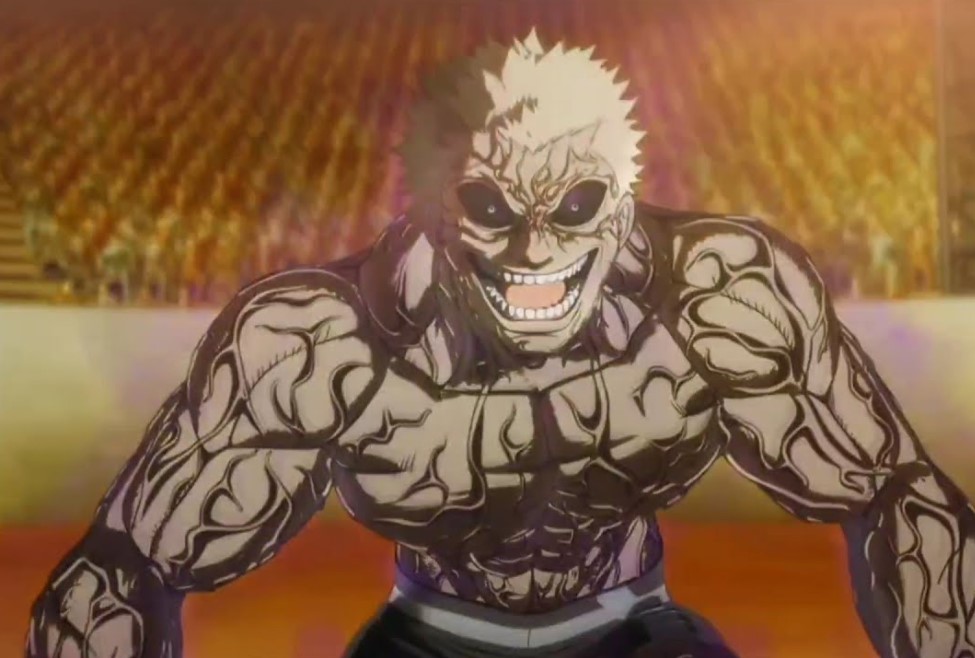 Terashi thought that it was just a cookie dup story, and now he knows that they are real. Fei asks if Naidan and Lutian are imposters, and Kazuo asks if they have to spend the tournament. Lolong said no, they could just leave everything as it is. He left the ring saying that it doesn’t matter if they are here or not, but they will get through it. Kazuo comments that it might be dangerous if they continue, and they don’t know what the worms are planning to do.

Long ask Kazuo if he is suspecting his side, and he said that the worms could also be on Kazuo’s side. Okubo and Takeshi started to suspect Hayami from Kengan Association. Ohma heard something, and he thinks that he is just overthinking something. Kazuo asks Ohma if there is something troubling him, and he replies nothing. Agito asks Kazuo what did Purgatory said, but he went down on his knees.

Kazuo told Agito to stop pushing himself, and Arashi looks back at Agito. He started wondering why the fighter is bowing in front of Kazuo since he is not the master. He asks Nicolas that when di Kazuo becomes a master. Nicolas just looked back while getting out of the ring. After the ring has been cleared, Kure Raian steps up to clash with Alan Wu, and Kure said that he has already decided that he will kill Alan. Alan replies that Kure is a bad jocker.

The Wu clan head realizes that Alan has killed many more members than Edward, and he is a dangerous man. Alan said that he is going to make Kure swim inside his pool o blood and let him drown. Kure realizes that Alan is the king of slaughter. A fierce battle is about to begin. It is the Wu Clan vs. the Kure Clan we will find out if the kings of slaughter or mighty demon will win the battle.