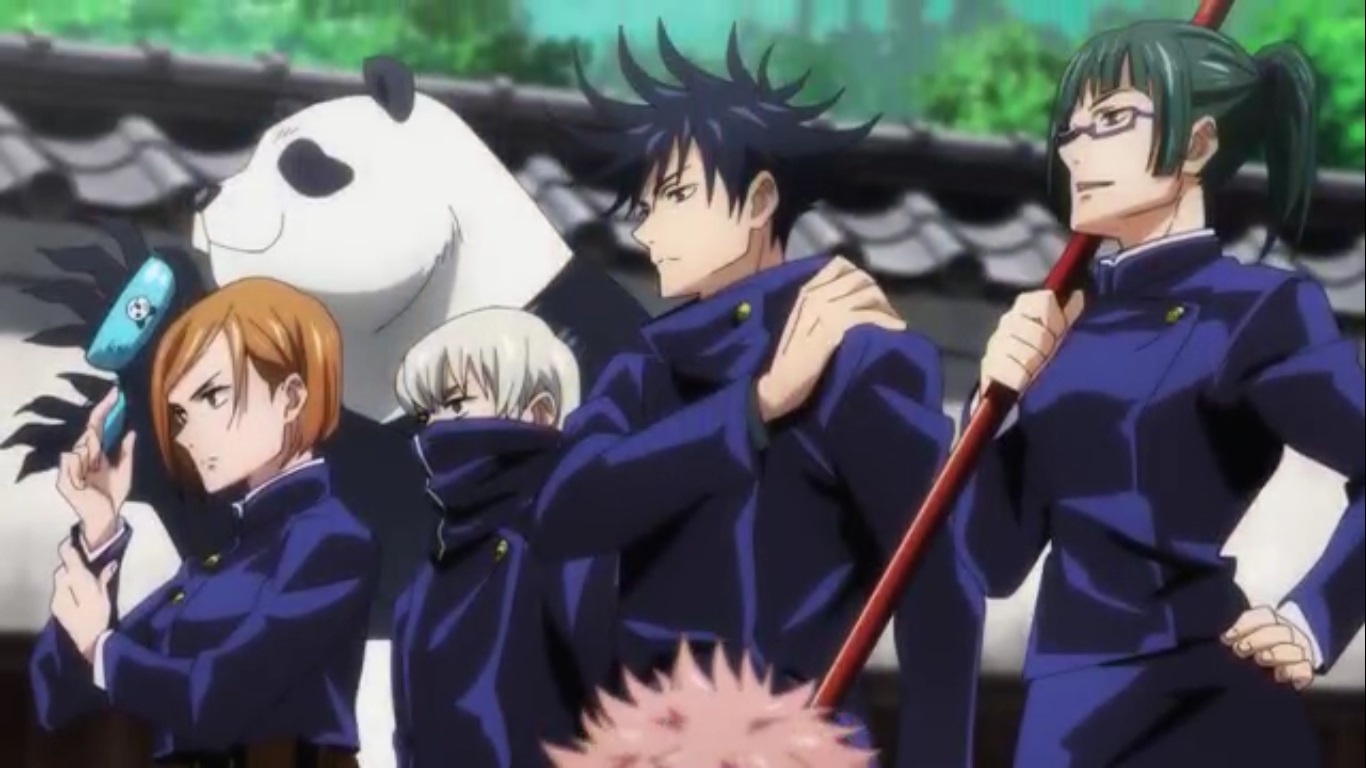 After a long time in a break, Jujutsu Kaisen episode 14 was finally released and continued with Itadori Yuji’s story. Jujutsu Kaisen is running for the first season that will have two cours of 24 episodes in total. The first cour ended late in December last year, and the second one has just returned this Friday.  The last time we got an episode from Jujutsu Kaisen, Itadori was still dead. Gojo wanted to keep this a secret for as long as possible. But the time for him to announce Itadori’s survival finally came.

The latest episode of Jujutsu Kaisen introduced more members of the Jujutsu schools from different places. We also saw the cursed spirits back in their hideout. And this time, they also decided to attack the Jujutsu tech headquarters. The anime will soon return to action as the  Tokyo Jujutsu tech first year will compete with Kyoto school sorcerers. The competition rules allow combat so that the next episodes will show us lots of fights.

We also saw the principal of the Jujutsu tech making an appearance. Gojo’s predictions were spot on, and as soon as he has shown that Itadori was alive. People were already planning to kill him. Itadori seems to have come back much stronger than he was. And Megumi knows that well as he told his classmates that Itadori can take on the entire Tokyo class and still win.

Itadori Yuji Reveals Himself to His Fellow First Year Team 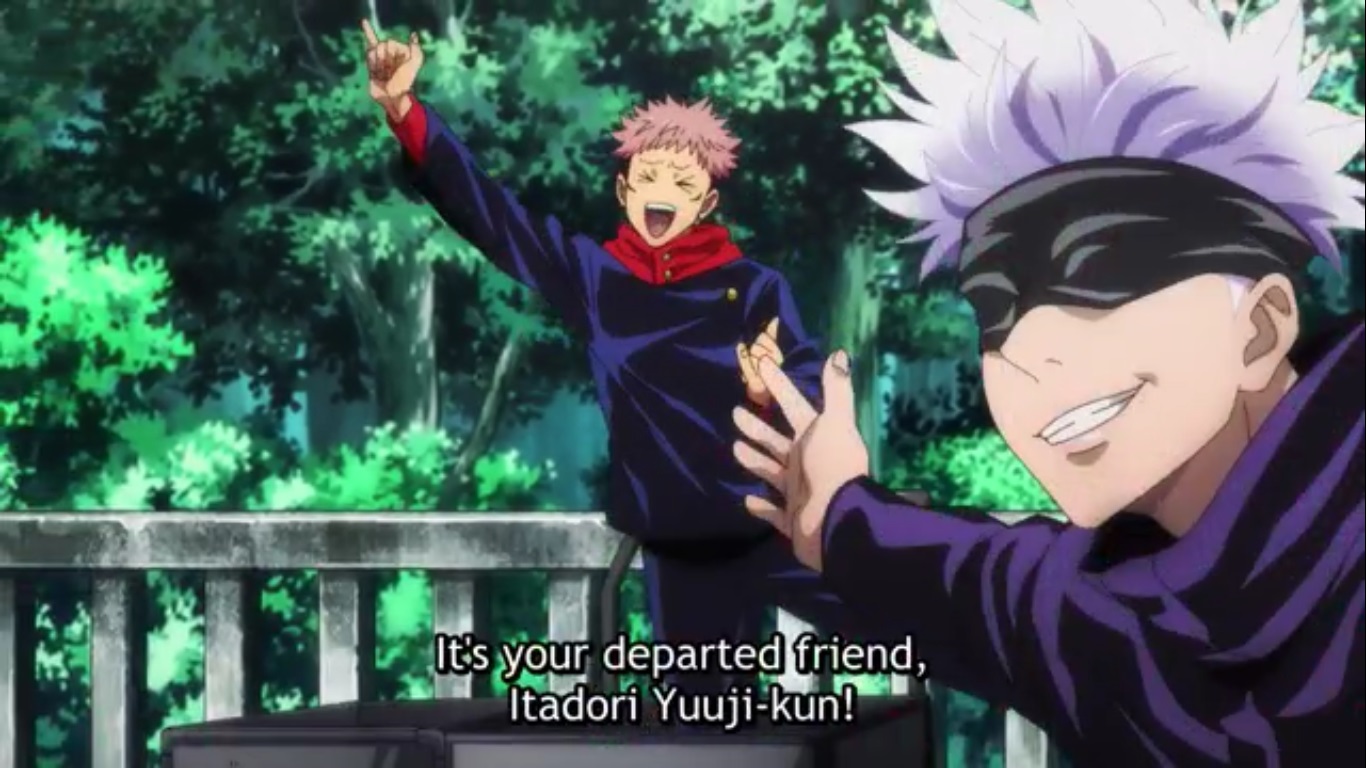 Itadori was seemingly dead, and Gojo wanted to keep this secret, trying to protect heam from the Jujutsu tech higher-ups. It was not clear at first, but as soon as Gojo has shown that Itadori was alive, the higher-ups immediately took advantage of it. He came back at the time for a cursed spirit exorcism race for the exchange students from Kyoto. They will be competing with other exchange students in teams, and they will be dealing with cursed spirits. The team that will defeat the second grade cursed spirit wins the race.

It was an excellent opportunity for those who want Itadori dead to go after him. They all plan to strike him at the same time and ambush him. But they might have a hard time doing it since he will be with his teammates. The last episode of the anime has slowed down action after Junpei’s event. Well, that was on Itadori’s side, so the rest of the first-year students were not as busy.  But they were preparing for the echage event, so they have made improvements in their powers.

Soon we will be able to the result of the training they have gone through. But on the other side, it will be another one of  Itadori’s survival fight. It will be interesting to see how things will turn out. The Kyoto exchange students are planning on isolating him from his to kill him quickly. They have the advantage of the numbers, and they seem to be skilled enough. And since they will be using their cursed energy, this will pose a real threat to Itadori. 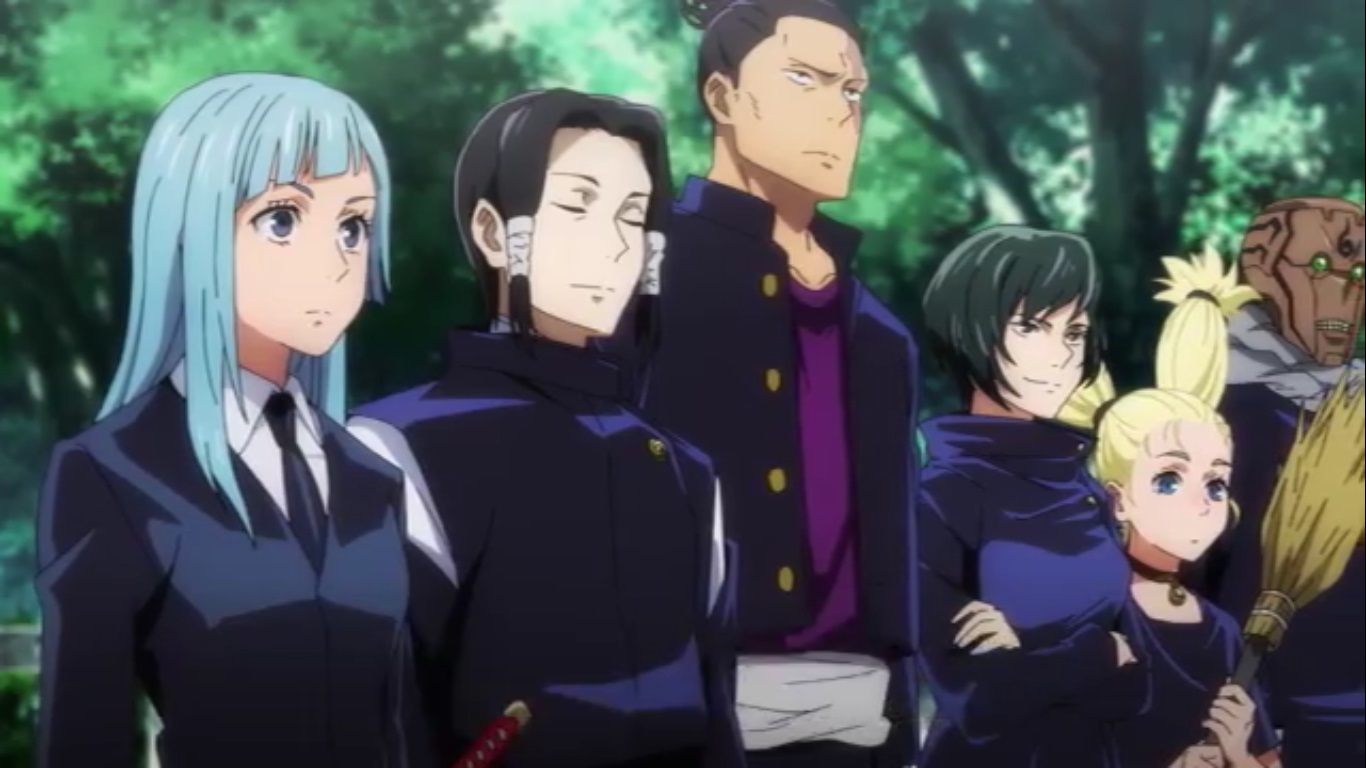 The cursed spirit Exorcism race in the student exchange event will have Jujuty tech sorcerers compete with Kyoto students. Kyoto students seem to be skilled, but we will get to see their powers in detail when the race has fully started. The goal is to exorcise the loose cursed spirits in a given forested area. But the big catch of the event is the level 2 cursed spirit that is let loose in the area. The highlight of this event could be the impending attack on Itadori. The principal has told the Kyoto students not to recognize Itadori as a human but as a cursed spirit.

So their fight with Itadori is what we are most looking forward to at this moment. The cursed spirit might pose a threat, as well. But with the Kyoto students planning to attack, then this will make it more difficult. All of Kyoto students, except for one who seems to be a brawler and wants to do as he wishes. They are making it a priority that they attack Itadori. So to them, that is even more important than winning the race itself.

The next episode will take us through the beginning of the race, and that is when we will see how everything else will unfold—more details on the next episode that will air next week, Friday late JST.