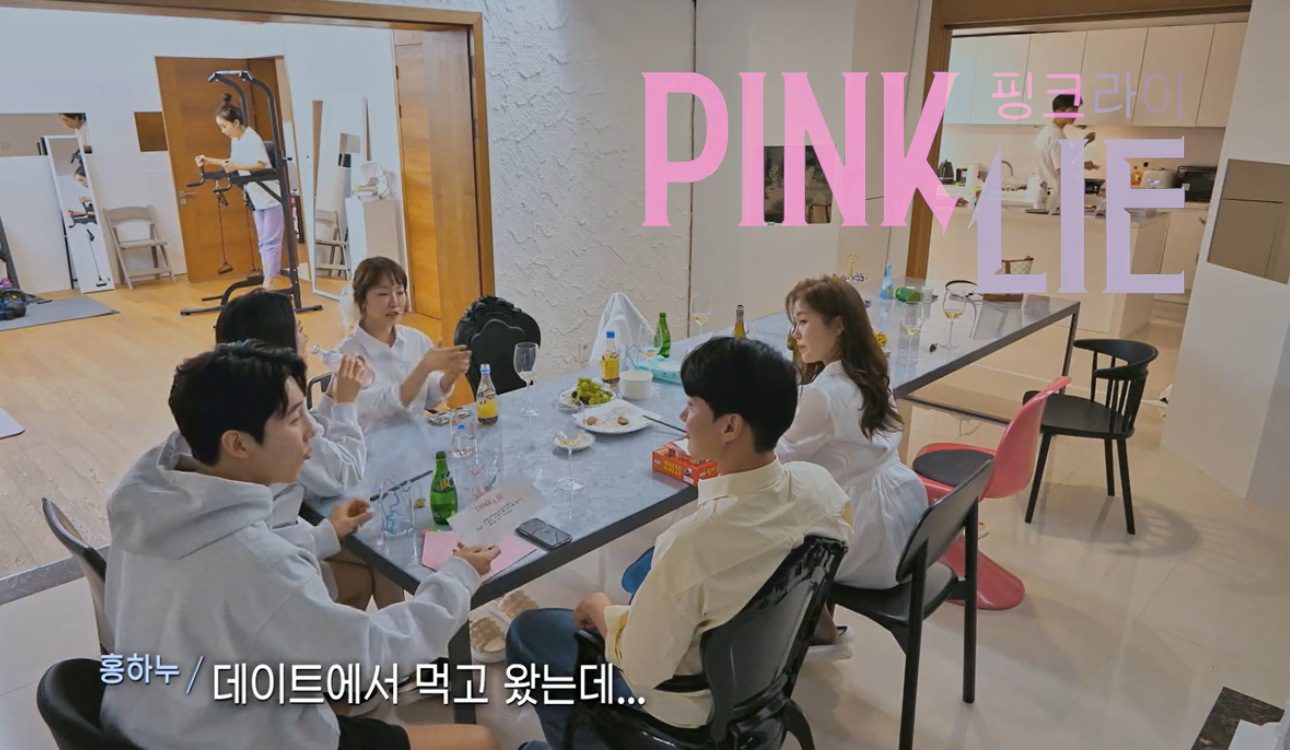 An all-new Dating show is in Town! (Credits: Disney+)

Korea’s newest Dating show, Pink Lie, will soon complete airing its first season. The show was first seen on Disney Plus earlier this year, and based on what the show tells us, and Pink Lie seems to be a unique dating show where contestants have a little secret that could either break or strengthen the relationships they form while being a part of the game.

Pink Lie is Directed by Kim In-Ha and has the most stunning hosts any dating show has ever had. Super Junior’s members, Kim Hee Chul along with Lee Sunbin Song Wonseok and Ralral, make up the hosting panel of this dating series. They usually offer hilarious commentary or point out facts that we might’ve missed between the contestants.

The thought behind Pink Lie is to see if unconditional love could really exist or whether it’s just a tale for the books. All the contestants have a lie that they’ve hidden from everyone else. This lie has been the reason behind their failed relationships, and without any bias, these people hope to find someone that would love them for who they are.

Pink Lie: How Does This Game Show Work?

After all the contestants are gathered, they talk about what they do and where they’re from but keep anything hidden that would reveal their secret. While staying together, each person can try and guess what someone is lying about by getting to know them, although they can just lie their way through this too. This makes the show much more entertaining, seeing each contestant’s curiosity rising beyond the roof.

The special part is an evening called the “Pink Moon” which takes place after a gap of a few days. During this event, a lie about one of the people from the house is revealed. After their lie is revealed, the contestants are tested to see if their perspective changes from their initial one. Drama and prejudice come into play, making the formed couples think whether it will truly last.

Around 10 participants from various backgrounds were selected for the show. Some worked in the beauty industry, while some have jobs like Candle making, weathercaster, and as former music group idols. 5 men and 5 women have been brought into the competition over the series, and the current cast members are: 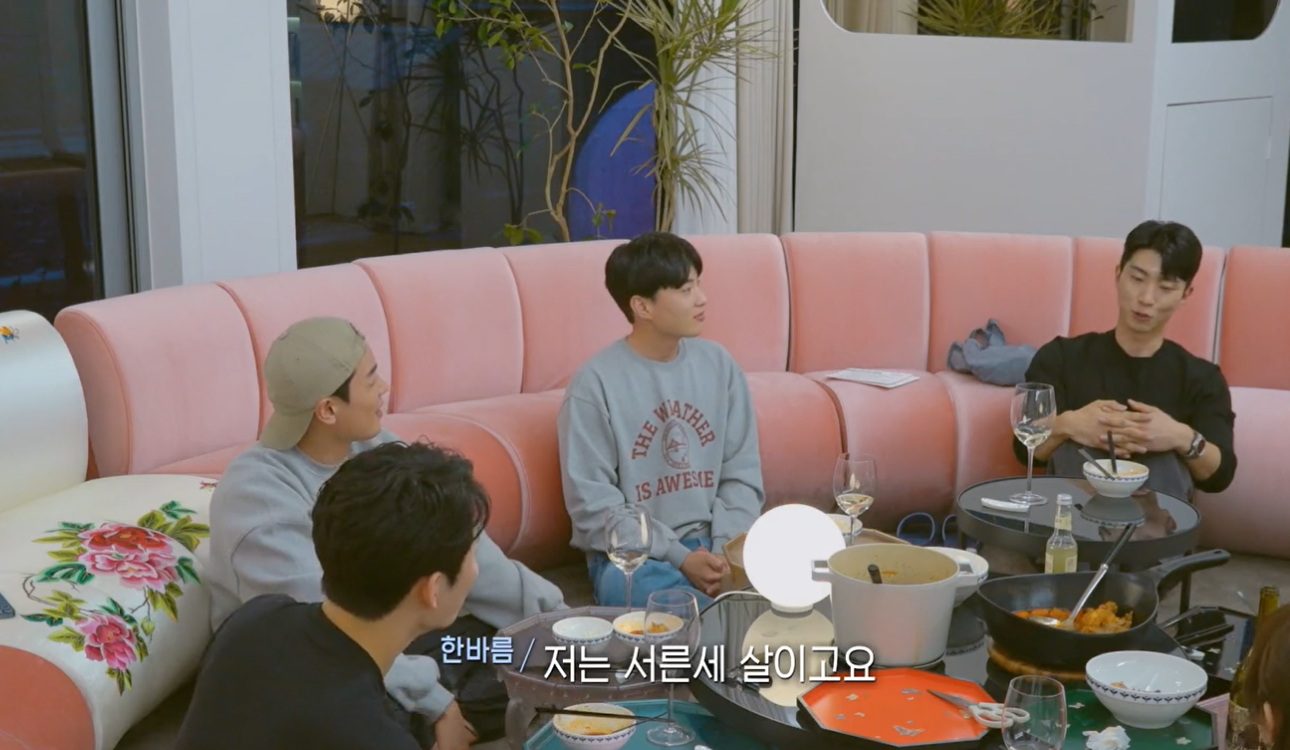 The Members introducing themselves (Credits: Disney+)

This Korean Dating show started airing on October 5th, 2022. New episodes of Pink Lie usually are released on Wednesdays, with each exciting episode lasting around 65-70 minutes.

The show has around 12 episodes, with the final ones being aired by mid-December. The episodes include:

Everyone gathers at the Pink House, where they’ll be staying until the game’s over. All the initial contestants are revealed.

After most men have their eyes on someone, dating begins. As each day passes, the probability of their lie being revealed increases soon.

Someone new shows up at the Pink House, causing everyone to be shocked yet pleased to have more options to choose from. 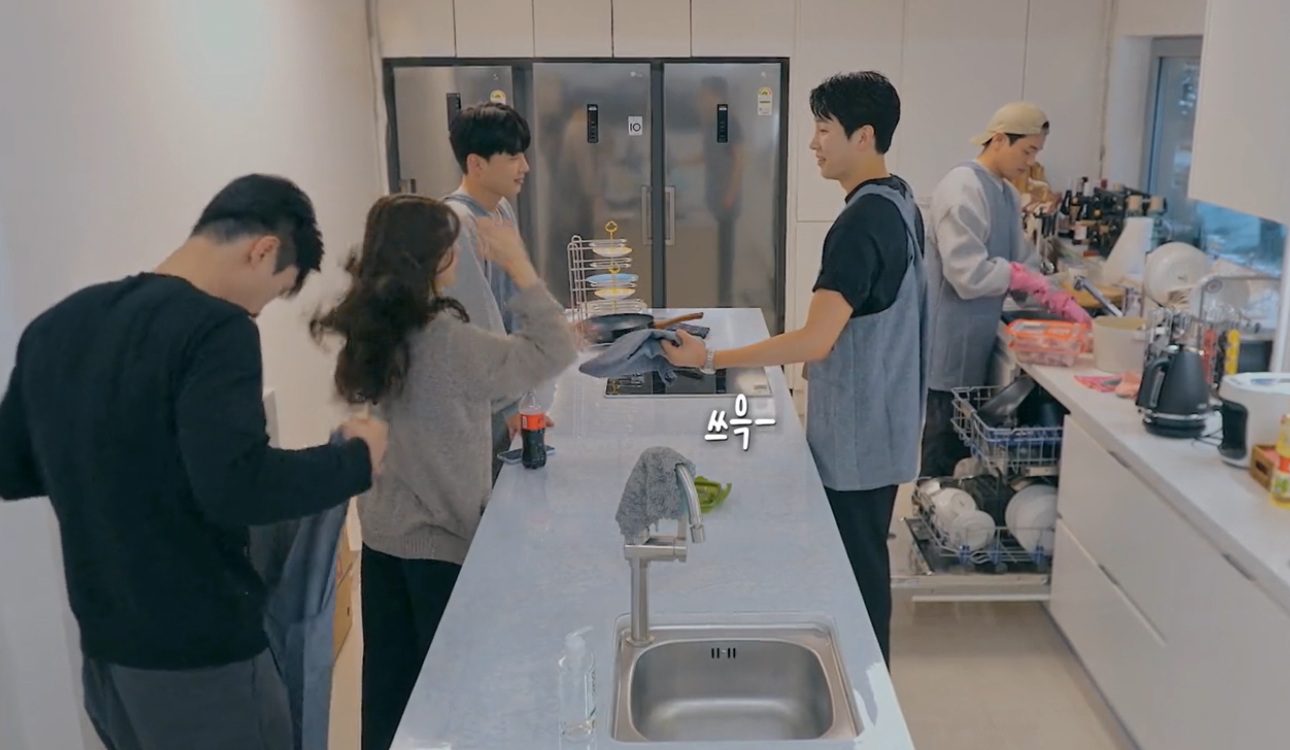 Everyone Does Their best to Get to know each other before the time’s up (Credits: Disney+)

Most of the members have introduced themselves yet still don’t know much about each other. What good way to make them get to know each other better than a fun and sunny pool party at the pink house?

A couple from the house goes out on a date, leaving everyone that had their eyes on them speechless. This is where the love triangle of the Pink house begins.

Everyone struggles to keep their lies hidden as the day’s increase.

Time for a new truth to come into the picture. Someone ends up passing a shady remark, which causes the air to become denser at the Pink House.

Lies are being revealed at a rapid pace. Members grow just as restless.

The contestants come across a pink envelope with suspicious information. 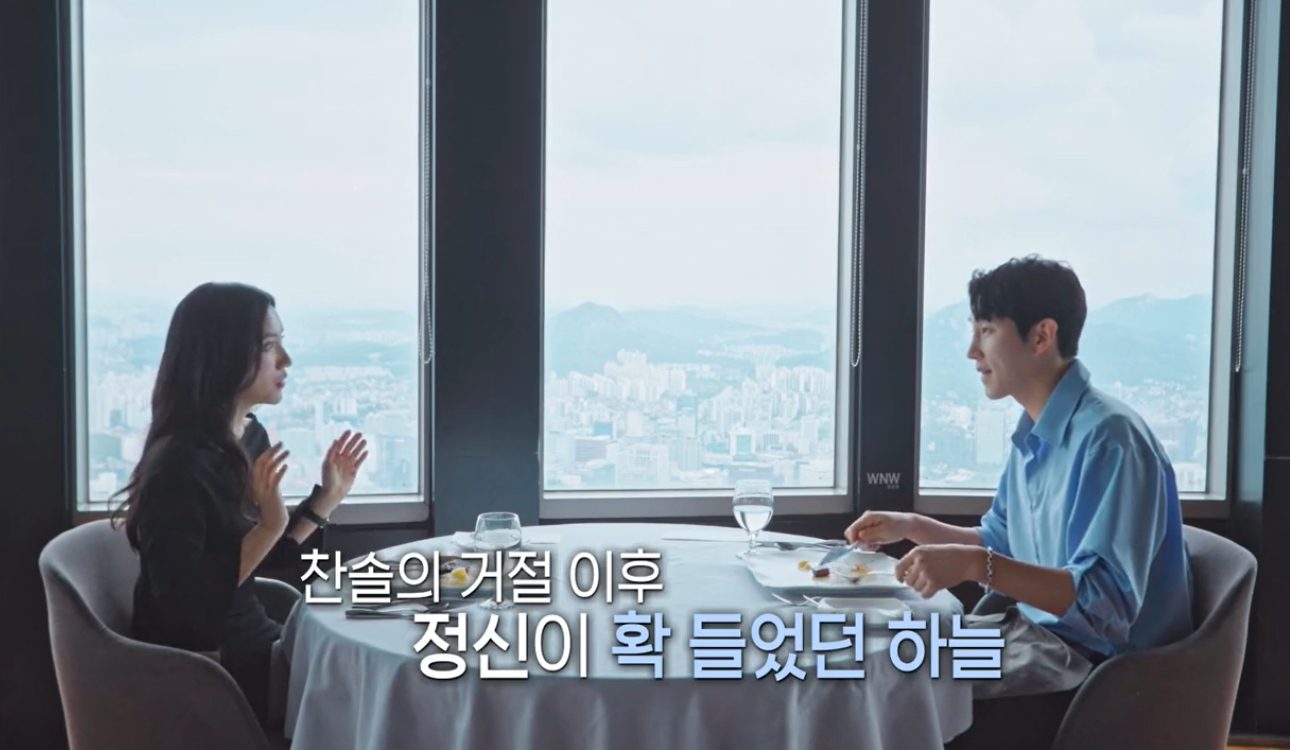 A couple Goes on a Separate Date (Credits: Disney+)

Only a few days are left for these couples at the Pink House, causing a sense of urgency to form in the member’s hearts. Everyone starts sharing what they truly feel while they’re still at the House.

The penultimate episode of Pink Lies, where most of the lies have been revealed, and couples seem to be still thinking about their decisions.

The Finale! Time for the contestants to decide if they’ve met someone good for them through the game show.

Pink Lie: Where To Watch?