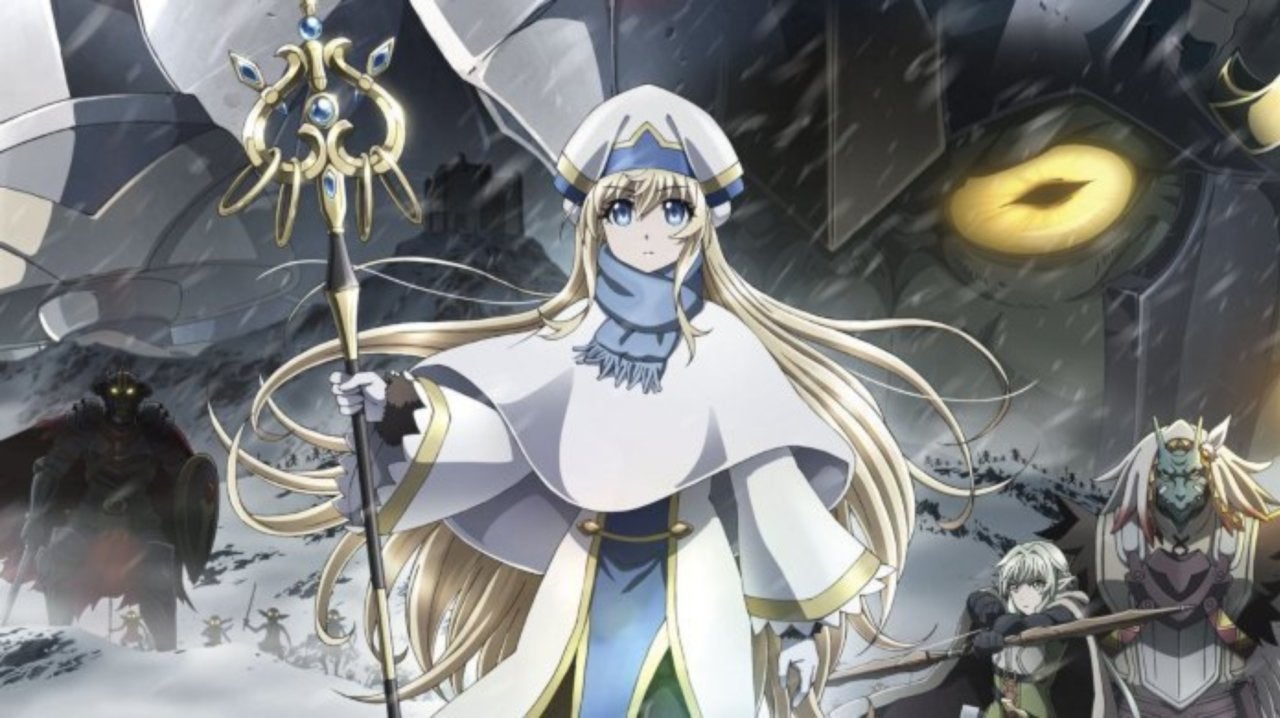 There are several anime out there that make for not only an interesting but also an intense watch. They command your attention in ways never seen before and make you feel many emotions in one go. Goblin Slayer is one such anime. The anime first premiered in 2018 and currently has one season spanning 13 episodes. It is an adaptation of a series of dark fantasy novels series written by Kumo Kagyu and illustrated by Noboru Kannatsuki. Apart from this, the series also has a manga counterpart.

After joining an adventuring party, the plot deals with a priestess who faces grave dangers that involve goblins. The rest of the group is nowhere to be found, and she is left alone struggling to make it through. Right when she thinks that things wouldn’t get better, she is saved by an unknown man who identifies as a Goblin Slayer. The rest of the plotline follows the duo as they navigate through a myriad of things.

Going by the anime’s storyline and aesthetic, some others out there emulate the essence really well. These have so much to offer to the fans of Goblin Slayer and are worth checking out. Below are five of these anime that fans of the former should definitely check out:

This is an anime that first premiered in 2014 and consisted of one season. It is an adaptation of the Japanese manga of Takahiro’s same name and illustrated by Tetsuya Tashiro.

Akame ga Kill! It follows the story of a young man named Tatsumi. He goes to the Imperial Capital to find a source to raise money for his village. Once there, he soon discovers that the capital is not everything it is made out to be. Soon after, he is recruited by an assassin group called the Night Raid. Their main aim is to revolt against the empire and end all the corruption. The rest of the plot follows his character’s transformation as he and the rest of the crew develop strategies to make their mission a success.

The anime is extremely similar to Goblin Slayer if you consider the aesthetic. The storyline is catchy and will surely entertain you to the fullest.

2. Re: Zero – Starting Life In Another World

This one is an adaptation of a Japanese light novel series, much like  Goblin Slayer. It was written by Tappei Nagatsuki and illustrated by Shin’ichirō Ōtsuka. The anime aired from April 4, 2016, to September 19, 2016, and has 25 episodes under its name. The anime adaptation was written and directed by Masahiro Yokotani, and it soon gained a very loyal fan following.

The storyline follows Subaru Natsuki, a young and careless NEET. Things take a weird turn after he is summoned to a whole other world one night while running errands at a convenience store. Once there, he becomes acquainted with a silver-haired girl named Satella and her friend, Puck. The rest of the plot revolves around these characters as they navigate through the story arc.

This is, once again, aesthetically similar to Goblin Slayer, but it does not stop there. There are several other similarities between the two, but the anime should be given a fair chance without pitching it against the other!

This is probably the most interesting and exciting one on this list.

Berserk is a dark fantasy anime that first premiered in 2016. It was directed by Shin Itagaki and currently has two seasons that the fans seem to love. It has a Japanese manga counterpart that covers 40 volumes. The anime is a sequel to the Golden Age Arc film trilogy and is the second adaptation of the manga.

The story follows the life of a swordsman called Guts. After being left to die, he is now being hunted by a group of demons. Knowing his fate, Guts embarks on a very dark journey in which he aims at defeating the demons and is filled with blood, violence, and vengeance.

While this is a good anime with a great storyline and interesting characterization, it might not be for everyone. It comes off as extremely violent, but given the storyline, this is expected. Like Goblin Slayer, Berserk will keep you on your feet and will leave you wanting for more. The story is fast-paced and is for people who are looking to get a kick out of entertainment. If this sounds like something you would like, go ahead and check the series out.

Unlike the others, this one is a full-length anime film and very closely resembles Goblin Slayer.

This is an adaptation of a series of Japanese novels written by Hideyuki Kikuchi and illustrated by Yoshitaka Amano. The novels have been in existence since 1983, and the series currently has twenty-six novels. Going by this, we already know that the storyline is a well established one with ample groundwork.

The anime film first premiered in 2000 and has captured many fans’ attention over the years. The story takes place in a distant future where everything seems dark and gloomy. While this world is being introduced to us, we soon realized that there is more at play than we initially thought. The film’s real plot unfolds when the undead, aka the vampires, finally arises from what seems to be a pile of ashes and ruins. We are then taken ten thousand years after, where we are told that the vampires have formed a kingdom of their own. They rule the night and engage in wrongdoing that terrifies and endanger the mortals.

This does not mean that they are strong enough to take over. They have been considerably weakened, and their numbers are seeing a steep decline. Added to this, a group of vampire hunters is also hell-bent on their destruction.

This is another adaptation of a Japanese light novel series to see the similarity right away. The novels were written by Ichirō Sakaki and illustrated by Namaniku ATK. They were also adapted into three manga series.

The anime version of Chaika: The Coffin Princess first came out in 2014. Today, the series has 2 seasons, and fans seem to be always badgering for more. The story follows a young, mysterious silver-haired girl called Chaika. She carries a coffin around wherever she goes and is surrounded by a curious aura. Soon into the storyline, we are made aware that Chaika has been assigned a mission. She is on a journey to complete her quest to find a bunch of magical remains. These remains are scattered all over the land, and she encounters a bunch of interesting people and adventures on her journey.

This anime is fun to watch and has many casts who have taken the characters and put their own spin on it. You will be immediately pulled into the world of Chaika and will enjoy every bit of it. Since Goblin Slayer and Chaika: The Coffin Princess have similar origins, all former fans will love the latter.

Read More: Hori-san to Miyamura-kun Soon To Be Coming Up As An Anime Adaptation