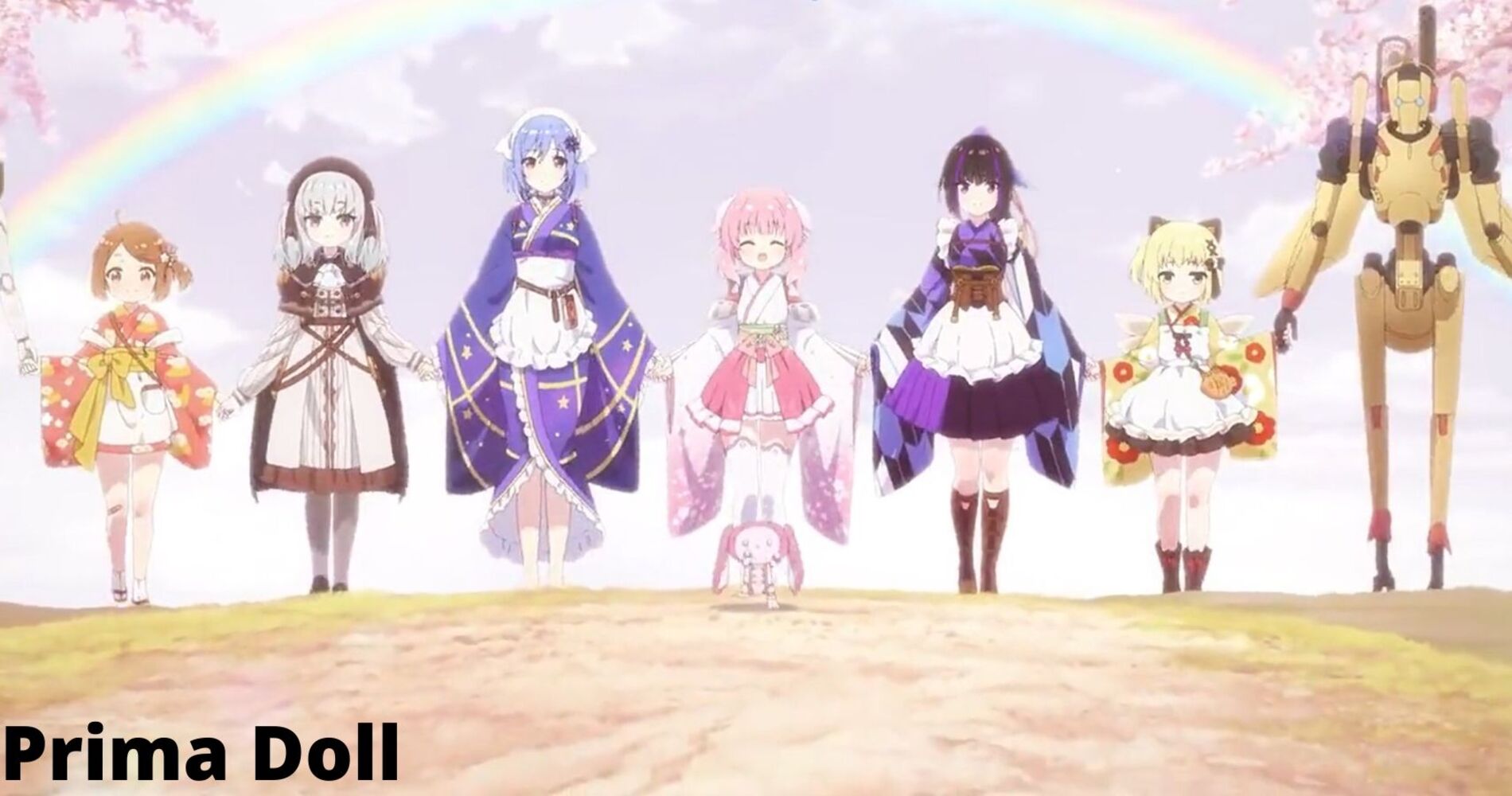 In addition to Akane Yano designing the characters, original illustrations are provided by Na-Ga, Fuzichoco, Yui Hara, En Morikura, and Lack. In the opening theme, we hear a song by Chat Noir (which includes Azumi Waki, Tomori Kusunoki, Miyu Tomita, Yuki Nakashima, and Akari Kit). Sentai Filmworks has licensed the series worldwide, except for Asian territories.

In Prima Doll Episode 2 anime, we see Haizakura continues to try to solve problems with Gekka, despite Yugiri mostly being broken. It sounds similar to the supply chain challenges we are facing with Covid. The next day, it seems that some military leaders visit Nagi. Yup, that’s the blonde lady who emerged last time from the carriage. Haizakura seemed extremely anxious in serving her, spilling some tea in the process. Despite Nagi’s warning, Otome is unimpressed by the idea of using dolls in a café. The most problematic is the mechanics, which he somehow modified to work only as cookers. 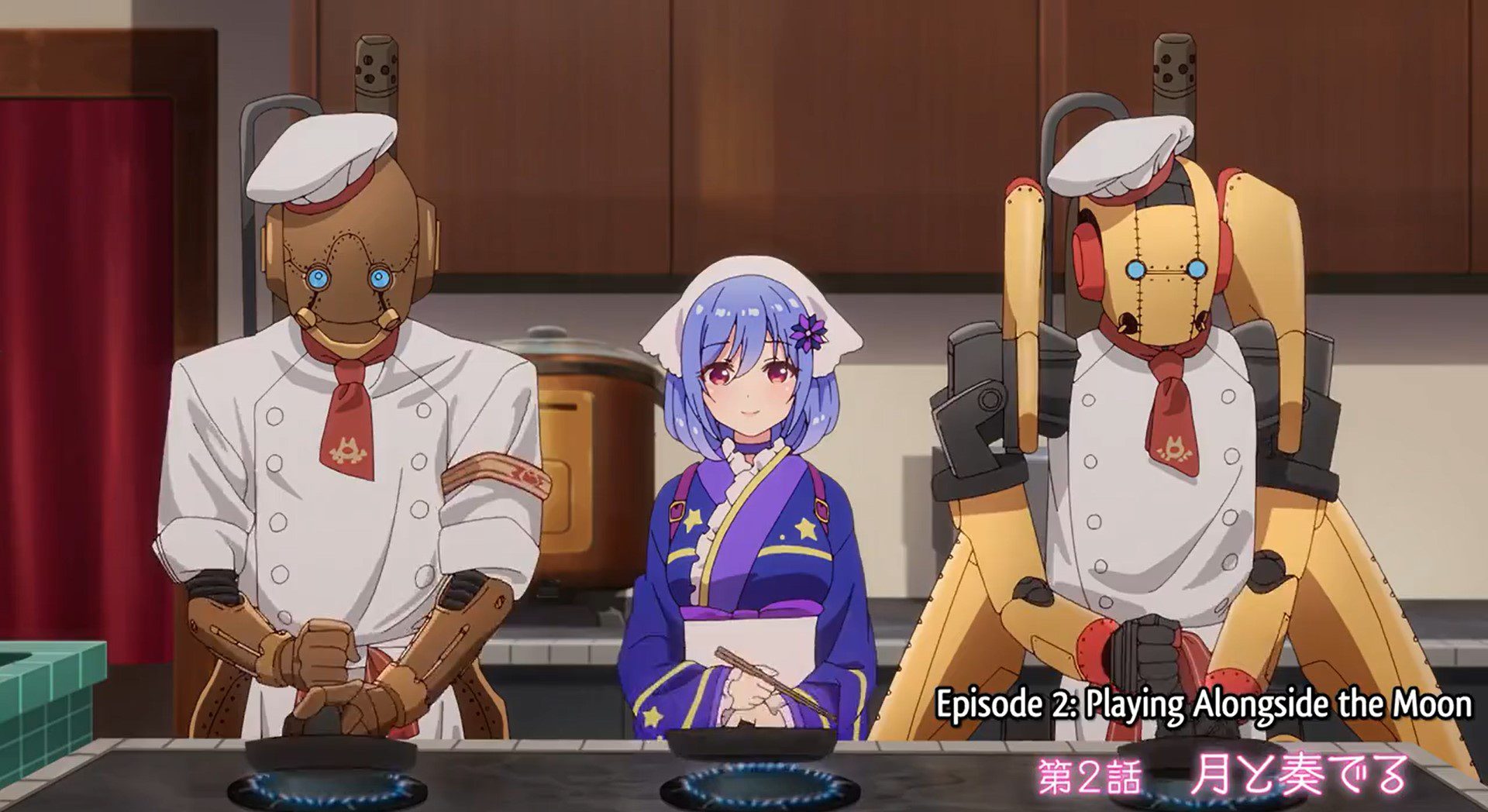 The fact that Haizakura controlled the one that almost attacked Chiyo isn’t surprising, given that Houkiboshi used them to prepare food. I find it funny when Haizakura stares at Karasuba preparing omelets for her customers. After explaining the situation, she explained that all the dolls here are the second generation, and they cannot manipulate the first generation of dolls. Nonetheless, I am curious to know which dolls are the first generation. As Nagi gives Haizakura a pet named Inaba, it’s hilarious that it moves in an erratically random way when she tries to control it. The café ran out of eggs. So, many of the dishes can’t be prepared. This provides us with some wonderful bonding time with Haizakura and Gekka. Gekka can’t smile as a result of previous events.

Their investigation eventually leads them to the marketplace, where they find that there is a shortage of eggs thanks to returning soldiers looking for eggs and other valuable items. In a way, it sounds very similar to the past few years. Haizakura wants to keep trying despite Gekka’s suggestion. But before they left, she sang an unwelcome song. They ate some taiyaki, Gekka finding the taste off-putting. The taste of egg powder simply cannot compare to that of fresh eggs. Even liquid eggs don’t work well in cakes. I tried it, and the cake failed. 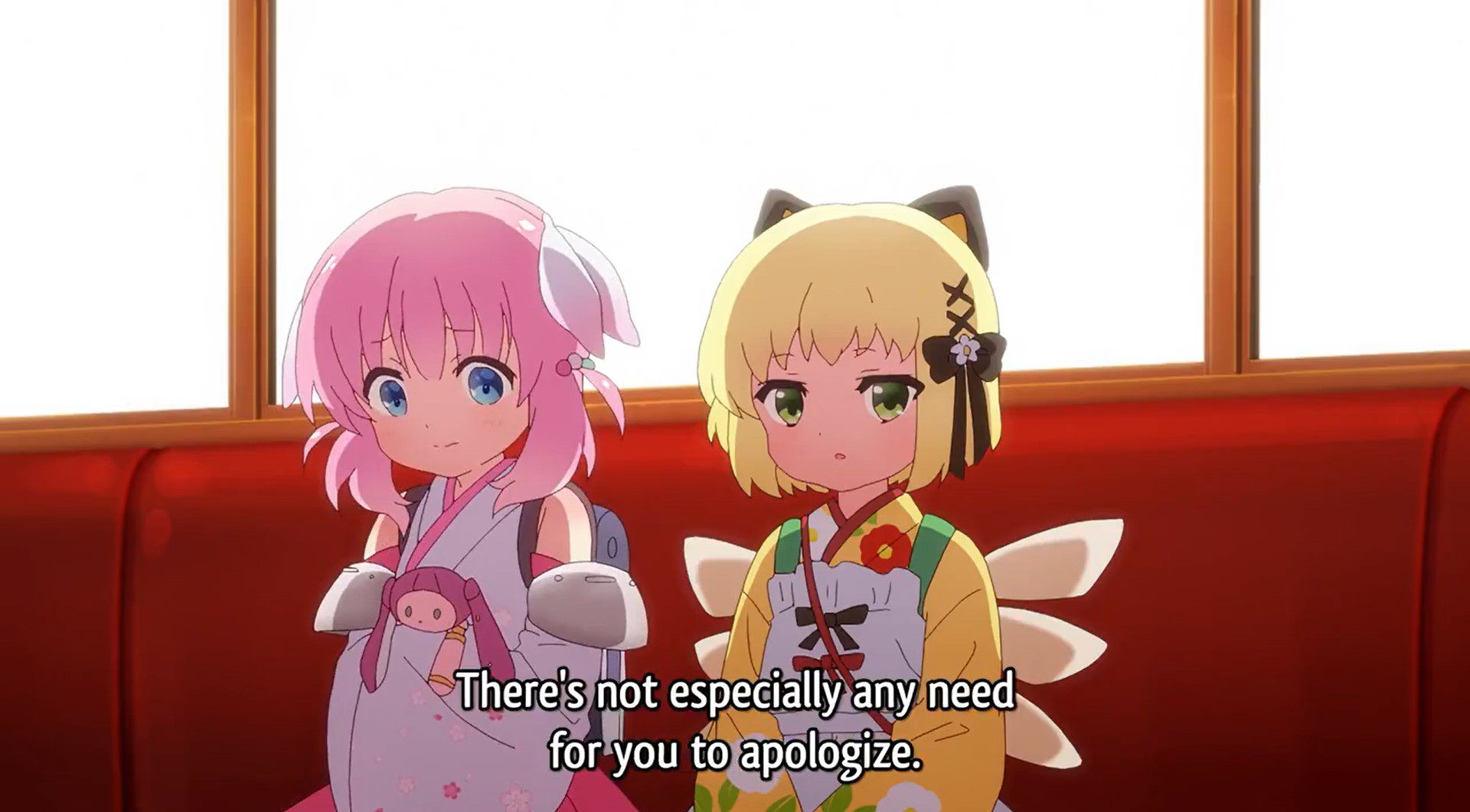 Although, it’s nice to see them treat Chiyo to some omelet. I find it cute how Chiyo allows Gekka to taste it. Luckily, Chiyo knows someone who supplies eggs. Getting to the trader, who comes by train, is the hard part. Gekka uses her flying ability to reach him. Gekka and Haizakura find each other on the rooftop, where Haizakura can reveal the details of Gekka’s sad past. She was part of the recommence team that sought information about the enemy. Unfortunately, she spotted the ships, but the enemy fired at her team. She survived, but her army attacked the enemy. The enemy wiped out their army. Perhaps this is the reason she cannot smile. 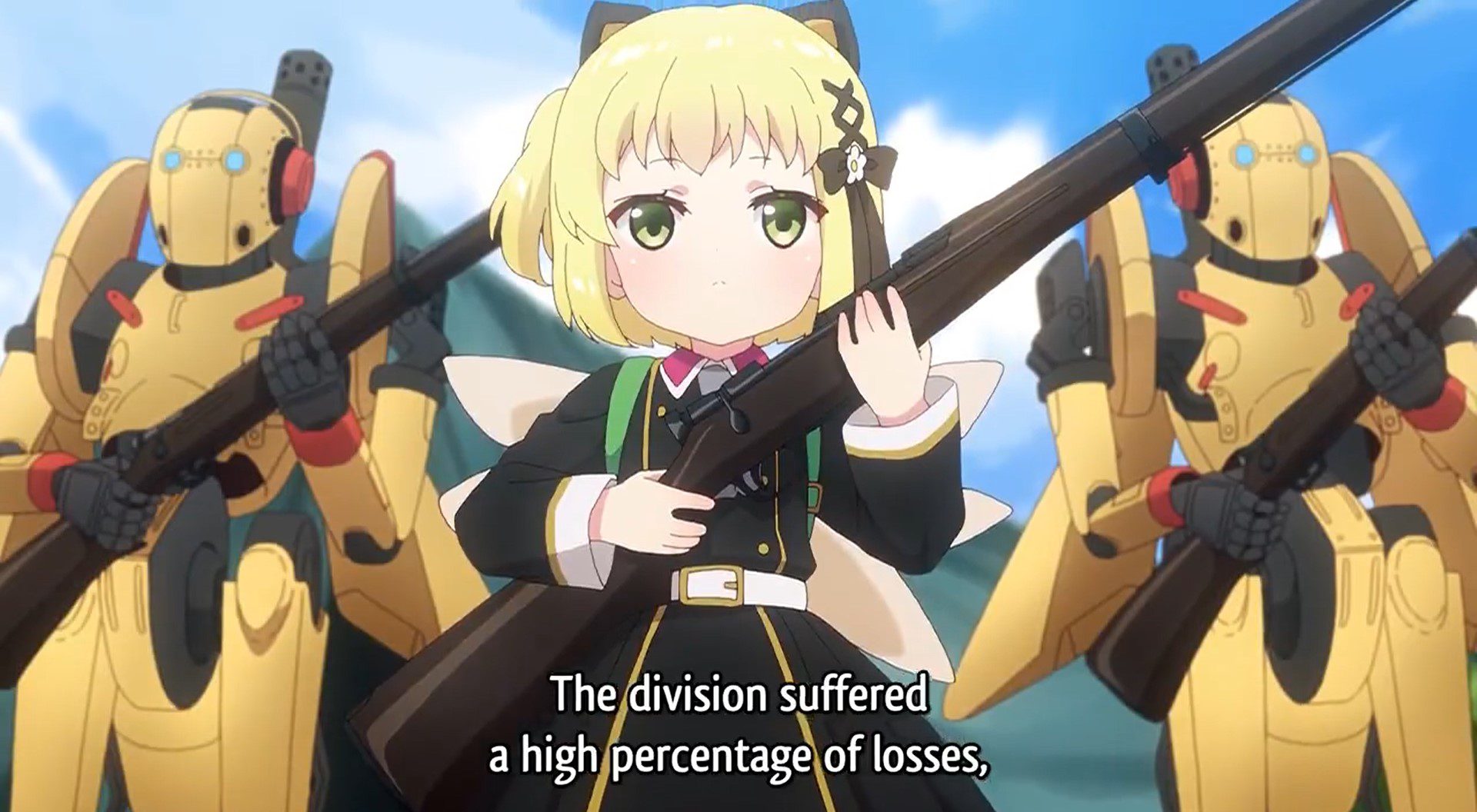 As Haizakura cried, she suddenly had control over Inaba. Haizakura danced and noticed Gekka smiling. Now that she can make Gekka smile, the mystery deepens. Additionally, Nagi said Haizakura is a “new model.” Gives me pause to wonder if she’s derived from Yugiri as well. After all, she also controlled Yugiri without her memories. Also, she has control over the younger generation’. However, she tells her to forget the painful memories and take on a new role. Since she tried to sing, a mechanic saw her and decided to remove it. However, old habits are hard to break, and Otome noticed this as she met Nagi the next day. However, it remains to be seen if Gekka will be arrested. That’s all happened in episode 2 of prima doll anime.

Where to Watch Prima Doll Episode 3?

Fans can watch Prima Doll Episode 3 on HiDive. When it is released, you can also watch previous episodes.

Also Read: A Couple Of Cuckoos Episode 13 Release Date: The Beginning Of The Second Cour