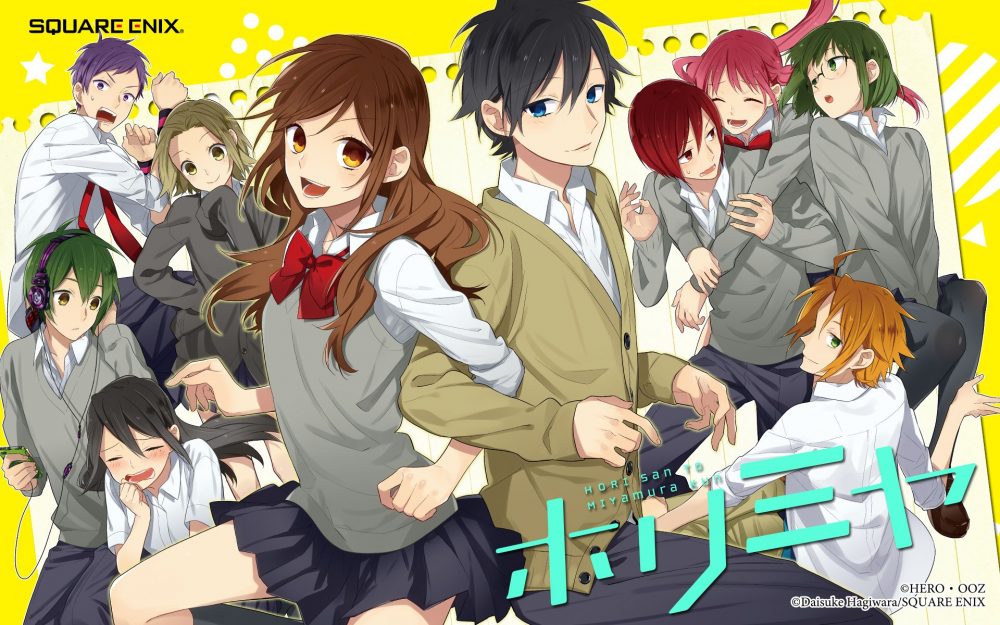 The upcoming Anime Adaptation of Horimiya has manga fans excited all over the world. The anime is based on the author HERO’s popular manga series of the same name. The story is typically based on the high school and day-to-day life of the protagonists. The series is a combination of comedy, romance, shonen, and a slice of life genres. The manga has been publishing since 2011 and it’s high time that it appears on the TV screen. So, in this post, we will talk about everything we need to know about the upcoming anime adaptation of Horimiya. 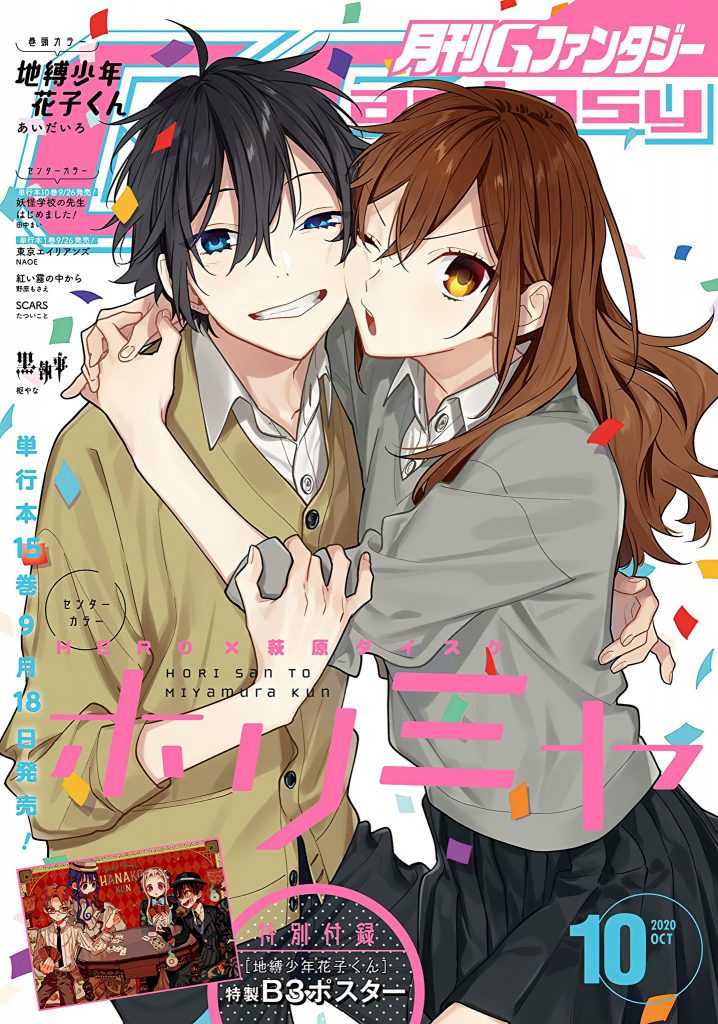 The story revolves around Kyouko Hori and Izumi Miyamura. Kyouko is an intelligent and popular student in the school. She is a model student and is very easy going. Meanwhile, Izumi is a dark and gloomy boy who doesn’t associate with anyone. He has hair that covers his ears and he wears winter clothes all year round. People always seem to make assumptions that he is a glass-wearing otaku.

So how did these polar opposites became the cutest couple in the school? It all started when one day they stumbled upon each other’s secret. Izumi runs into a little boy who was hurt so he offers to help the boy get back home. Little did he know that the boy is actually Kyouko’s little brother. Then they both find out their true personality behind each other’s façade.

Kyouko has to do all the housework and take care of her brother since her parents are always away from work. She doesn’t socialize with anyone outside her school and doesn’t get time for taking care of her appearance.

On the other hand, Izumi’ has a very eccentric appearance. He ties his slightly long hair to a half pony and his ears are full of piercings. The upper half of his body is covered in tattoos so he hides them in school by wearing winter clothes.

The two share their hidden sides with each other and start spending time together as Izumi offered to help Kyouko take care of her brother. The series also includes some interesting characters and lots of hilarious moments. 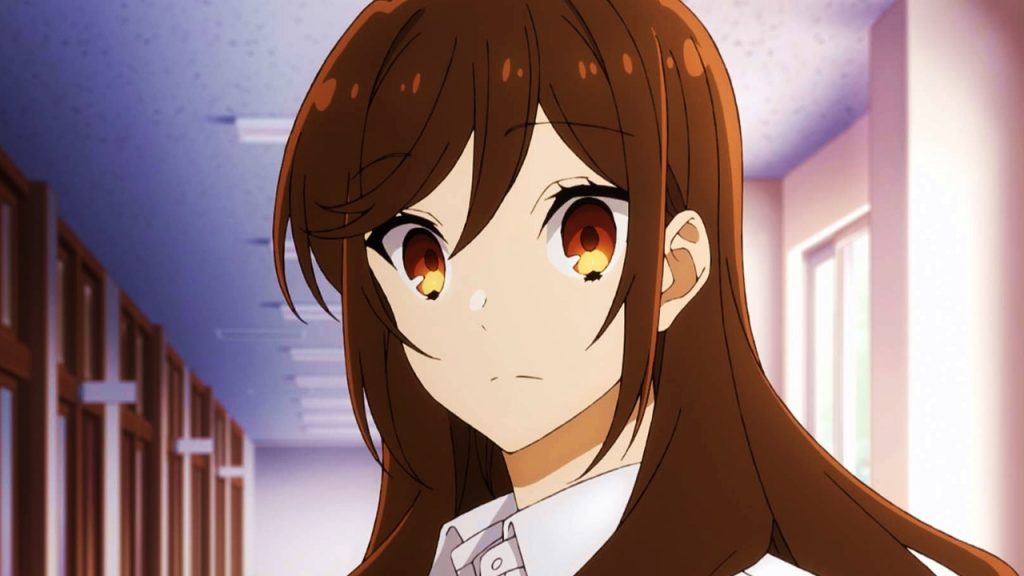 She is a seemingly average high school girl who hides her true self from others. Kyouko is one of the main protagonists of the series. Even though she appears to be an extrovert, she never hangs out with her friends outside the school. She is a lot more responsible than other teenagers. She has excellent scores in all her subjects and does all the housework as well as take care of her little brother. 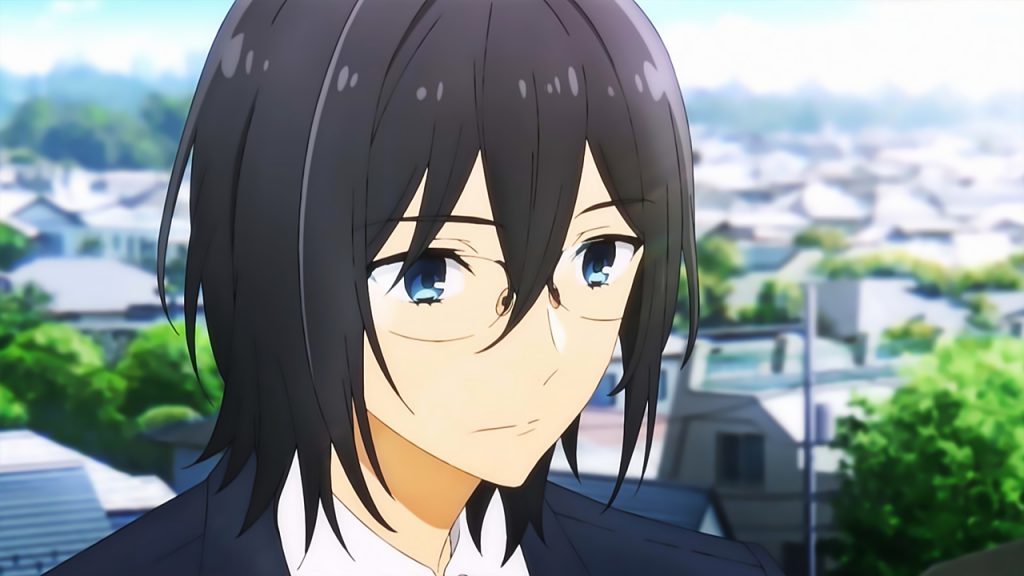 He is also the main protagonist of the series and appears as a very gloomy person. Like Kyouko, he also hides his true self from others. Izumi’s character is a little more complicated as compared to Kyouko. His past experiences of being bullied and looked down upon in middle school made him an anti-social person. To hide his insecurities, he started piercing his ears and getting tattoos on his body. His family runs a cake shop and he plans to take over the shop after graduating. 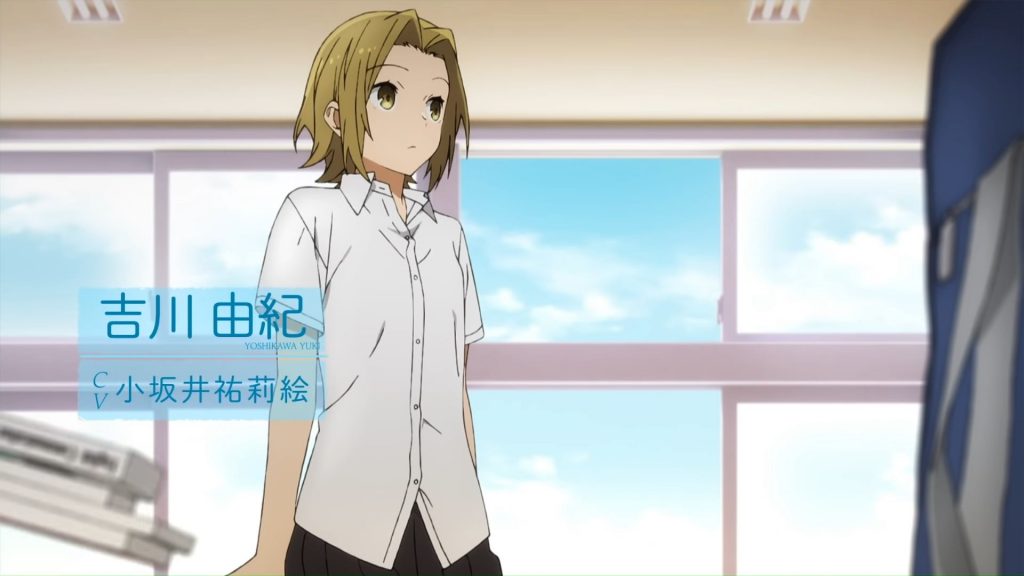 She is a supporting protagonist of the series and Kyouko’s close friend. She has a bright and cheerful personality. She isn’t fond of studying and often sleeps in class. She has a crush on Tooru Ishikawa but doesn’t tell him because the latter is interested in Kyouko. She often hides her negative feelings by pretending that she is okay and tries to avoid talking about them. She has an inferiority complex but slowly gets over it as the story proceeds.

He is also a supporting protagonist of the series. Initially, he had a crush on Kyouko but was rejected by her. He didn’t like Izumi at first when he started getting closer to Kyouku, but the two soon became really good friends. Even though he often fights with Izumi when they just became friends, he blames himself for that and apologize to him when he gets the chance. Later in the story, Tooru gets over his crush on Kyouko and starts dating Yuki. 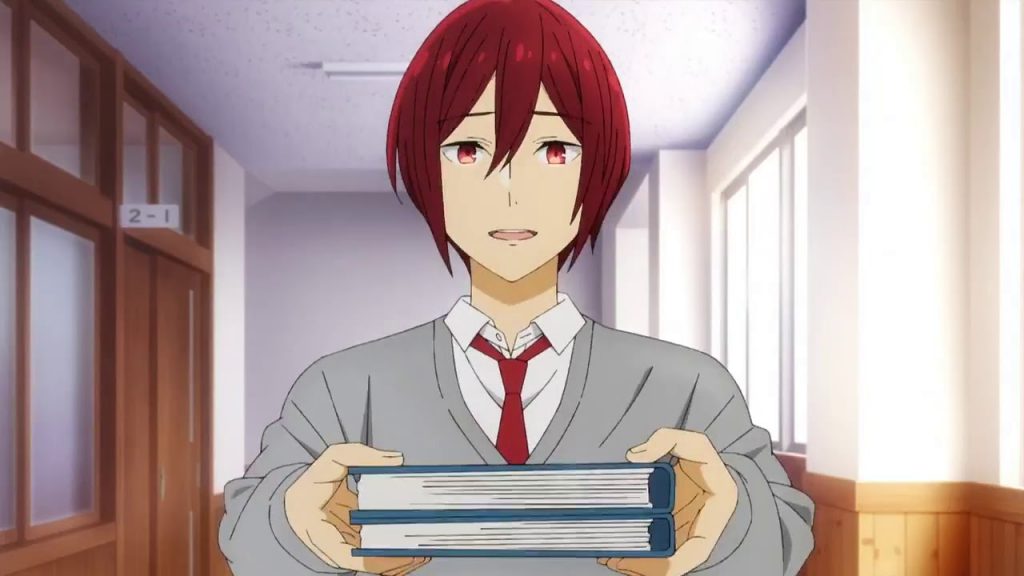 He is a childhood friend of Kyouko as both their parents were high school friends. He is the Student Council President and Remi Ayasaki’s boyfriend. Kakeru is a timid and shy person who is afraid of Kyouko as she teased him a lot because of her aggressive nature. His parents are divorced and he stays with his father. Kakeru plans to tell his father about his girlfriend after graduation as the latter is very strict about studies and thinks that Kakeru will get distracted if he had a girlfriend. This is the reason why Kakeru is always jealous of Izumi often staying over at Kyouko’s place with her family. 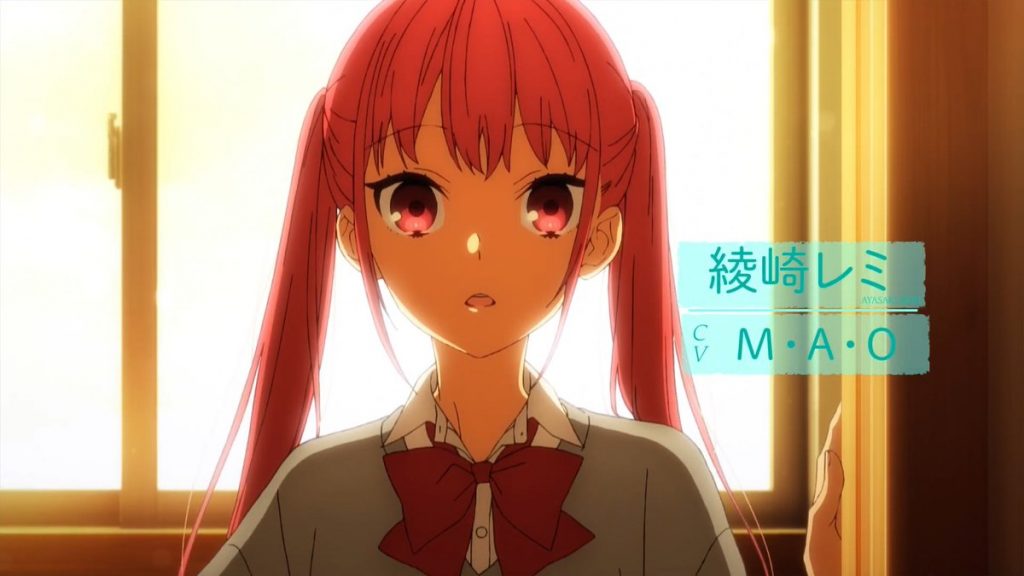 She is a Student Council member and doesn’t help the Council most of the time. She has a childish and straightforward personality. Remi is very bad at cooking just like Kakeru and the two always mess up their home education class. She is very popular around boys and got closer with Kakeru because of their common interest in reading. 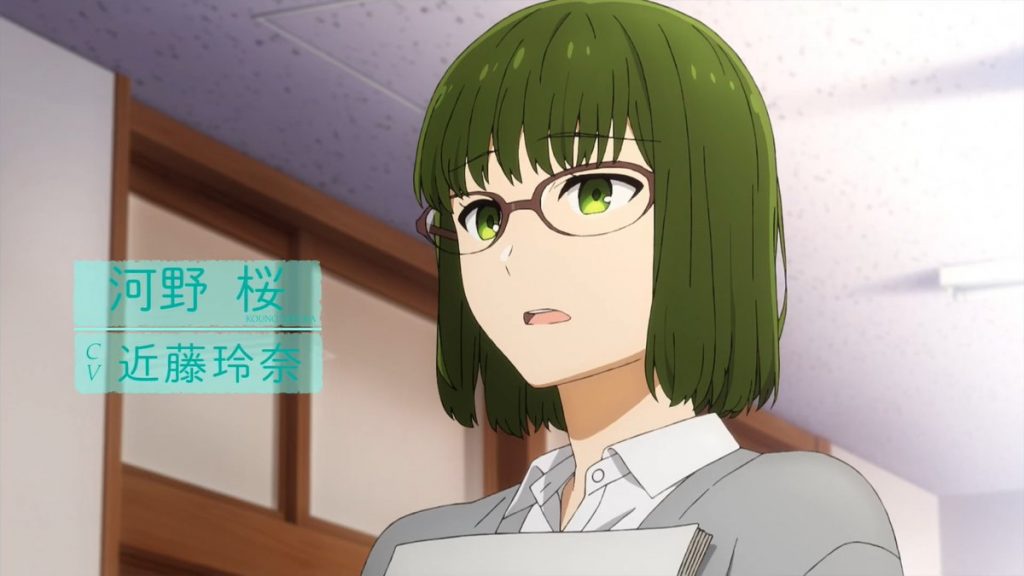 She is a close friend of Kakeru and Remi and is like the elder sister of the group. She is always stuck with those two for home education classes and tries to help them even though they literally destroy everything around the kitchen counter. Sakura is a very responsible Vice-President of the Student Council. She has insecurities about herself and starts having a crush on Tooru during the initial arcs of the manga.

Key Visual of the Anime Adaptation:

The key visual features the two main protagonists holding hands. Izumi Miyamura and Kyouko Hori are wearing high school uniforms and they seem to appear in a way they want to portray themselves in front of others. However, the two are holding pictures in their hands to show how their true appearance looks like.

The Studio CloverWorks is making the anime and has announced that it will start airing on 10th January 2021. The animation shown in the trailers seems beautiful. Winter 2021 will witness the airing of a lot of outstanding anime and with the huge fanbase of Hormiya, we have little to no doubt that the anime will be a huge success. You can read the manga on the Horimiya website.