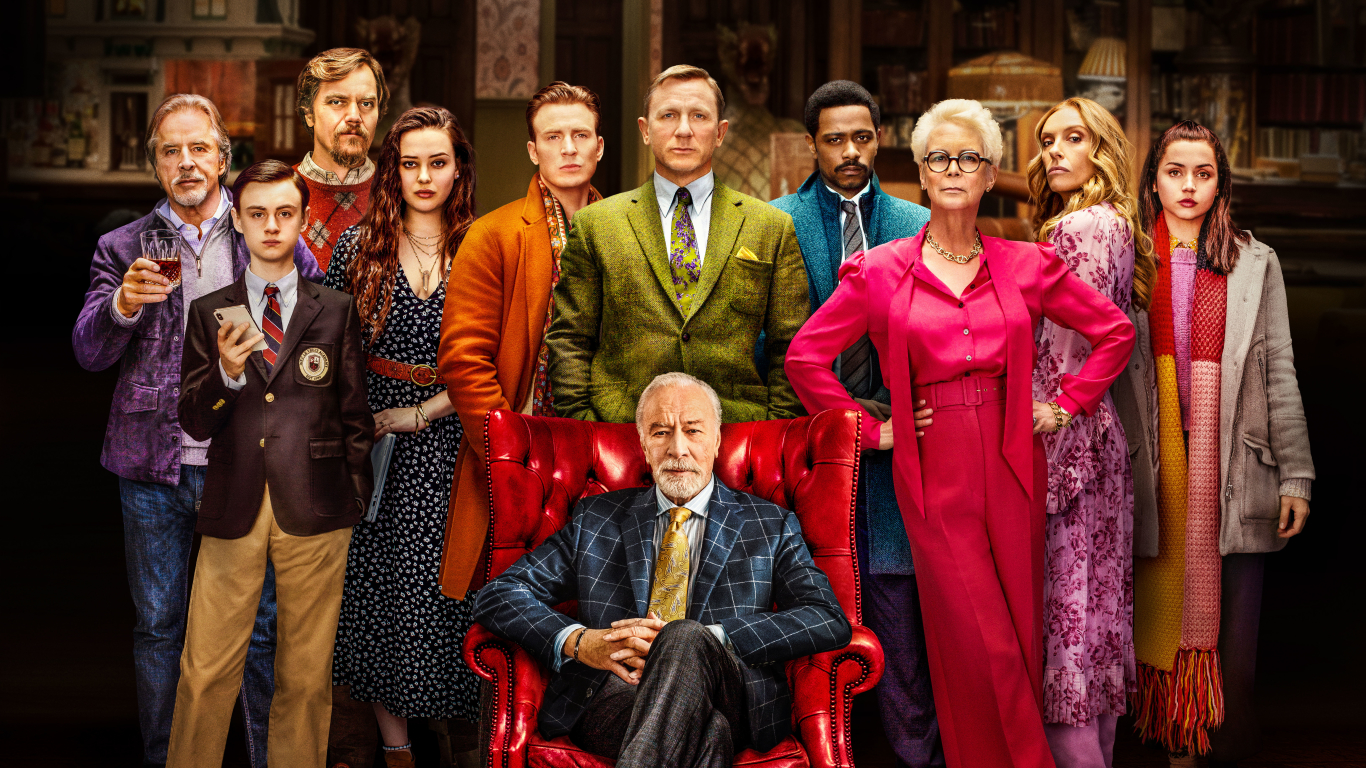 Need a little laugh and luckily Amazon Prime Video has a fairly decent stock of funny films in their collection to make sure you keep the laughs coming. From comedy classics like Midnight in Paris to recent favorites like Logan Luck and Knives Out forgotten gems, rom-coms, spy spoofs, and the newest hits to land on streaming, we’ve hand-picked the best and funniest comedies on Amazon right now to help you find the feel-good time you’re looking for.

Steven Soderbergh has one of the most fascinating senses of humor amongst all big Hollywood directors. He appears to assume that heists are among the funniest things that human beings can participate in. And it’s hard to argue why he’s wrong. Logan Lucky is an entertaining, amusing heist movie.

Channing Tatum and Adam Driver stars Carolina’s blue-collar brothers Jimmy and Clyde Logan. After Jimmy lost his job at the Charlotte Motor Speedway, he and Clyde decided to rob it. The next heist involves locusts, Molotov cocktails, and Daniel Craig as a professional cracker.

Bo Burnham’s feature-leading film debut won him several awards last year, and it’s still on Amazon Prime for you to see what it’s all about. Elsie Fisher gives a breakout performance as a young woman who makes YouTube videos that she experiences as she works her way through the most socially uncomfortable years of her life. Wise, moving, and extremely funny, this is a brilliant sitcom that sounds real enough that it hurts.

From Brick to Looper to The Last Jedi, Rian Johnson has made a career as a director who applies his special touch to popular genres, rethinking them with panache while upholding the hallmarks of their respective cinematic staples. With his Oscar-nominated powerhouse Knives Out, Johnson adds the touch to the old-fashioned murder mystery, staging a twisty story of death and succession through the prism of a shattered, fabulously over-the-top family. Knives Out are funny and breezy, but it’s also brilliantly composed, with some supremely dumb performances from its killer cast. Frankly, it’s worth your time to watch Michael Shannon yell about sweets, but thankfully, that’s only one of the many, many moments that make Knives Out such a fun and unique series.

Building a family is a lifetime process, with years spent developing relationships, trust, and routines. Instant Family tells a poignant (and often funny) real-life story in which the task of forming a family has to intensify a little.

Mark Wahlberg and Rose Byrne are Pete and Ellie Wagner, who plans to look at the adoption of a boy … that’s a boy. One of them. It’s pure. Luckily for them, they meet and take Lizzy’s foster brother, who also happens to two younger brothers. TIn a couple of minutes the Wagner family went from two to five, and the movie followed their first attempts at parenting.

The chic anonymity of Paul Feig over a miserable single mother (Anna Kendrick), warped thrillers becomes not more deliciously ludicrous or suggestive than “A simple favor,” which gets trapped in a more common condition by agreeing to care for the son of her mate. If the friend concerned turns out to be a total wild card (Blue Black Lively in a redefining role), something gets f**ked-up if she is absent. Easily one of the most sleepy movies in 2018, A Simple Favor is a bona fide thriller featuring some next-level mad revelations and fashion porn that would make Ocean’s 8 trembles. Batshit crazy at a trio of killer lead performances

Woody Allen possibly published Stateside videos, so this is one of his last greats, a 2011 film in which the writer-director discusses his own obsession with nostalgia. It’s the story of a screenwriter (Owen Wilson) who actually moves back in time every night and continues to get lost in the past, much as Allen did in some of his movies. It’s funny and witty in such a way that Allen just wouldn’t be here again.

7. The Spy Who Dumped Me

The Spy Who Dumped Me is a truly impressive globe-trotting comedy that was way too underrated when it reached theatres in 2018. Cashier Audrey Stockman (Mila Kunis) and her roommate Morgan (Kate McKinnon) are pulled into an international spying game when Audrey learns that her latest ex-boyfriend (Justin Theroux) is a spy who has hidden some extremely sensitive secrets in their flat. It’s no joke that the movie is funny — Kate McKinnon should read any of the Home Depot paint swatches, and it’d probably be at least a little funny — but the action set pieces are legitimately on par with the fastest and most violent movies out there. Car chases, guy. The dynamic battle scenes. A guy is drowned in a cheese fondue, which I really should have taken with him, because if that doesn’t get you on board, I’m not sure what’s going to happen.

What is happening to late-night talk shows that the production and activity of them is such a fertile ground for satire and drama. Perhaps it’s because the format is so consistent and simple that we all have to assume that behind the scenes there are some wild power struggles. Well, Mindy Kaling’s first feature film Late Night follows in the footsteps of The Larry Sanders Show and The Late Change to reflect those power struggles.

Emma Thompson stars as a popular late-night talk show host Katherine Newbury. When Katherine fears she could lose control of the program she’s been hosting for 30 years, she does something dramatic and shakes her writing crew. This involves firing a lot of her white male writing team and getting in an ambitious Molly Patel (Kaling). Together, Molly and Katherine are revamping an old style of entertainment for a new century.

Okay, so maybe this isn’t the funniest comedy on the Amazon in the ha-ha, it leaves you in stitches, but it’s without a doubt one of the best and most soulful comedies you can get right now. As long as you don’t mind those teary-eyed thoughts on death mixed in with your laughter. Awkwafina shines at her best performance so far as Billi, a young Chinese-American woman who returns to China after she discovers that her grandma (a truly exceptional Shuzhen Zhao) is diagnosed with terminal cancer. And her hardships further worsen when she learns that her family wants to keep her grandma’s illness a secret so that she can spend the rest of her life in peace.

What happens when you take the worst film of all time and then put Seth Rogen and James Franco to write about it and provide almost filmed remakes of some of the scenes with A-list Hollywood actors? Turns out you’re going to get a decent match.

The Disaster Artist, based on a book by the same name, tells the story of the worst film, The Room. Franco stars as vaguely Eastern European cinematic stranger Tommy Wiseau and Franco’s younger pal, Dave, stars as Wiseau’s friend Greg Sestero as they embark on a trip to create one of the most beguiling features in cinema ever.