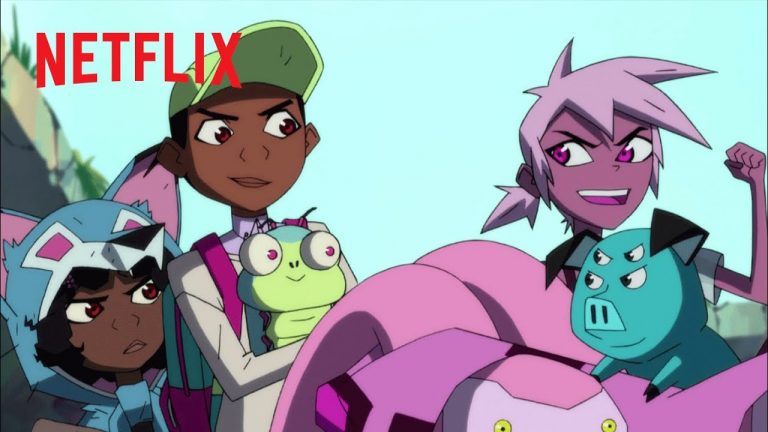 Kipo And The Age Of Wonderbeasts Season 3: Release Date, Cast, and Trailer

But before that, I would like to throw some light on details about the ‘Kipo And The Age Of Wonderbeasts’ series. It is basically an American animation series that is an adaptation of the 2015 release webcomic Kipo. This webcomic has a huge fan following in America and thus its series version also got benefits of it.

This series received a lot of appreciation and love from the American audience. It has proved to be one of the most successful American series. Hence creators of this series are definitely thinking for a new season. It also received a very high IMDb rating of 8.2 out of 10. The compelling and interesting story along with amazing characters is the main reason for the success of this American series.

Now after the great success of season 1 and season 2, the American audience has very high hopes from the creators of this series. Also, I think that the creators will definitely not disappoint the audience and we will return with a new season. After all, with love and support, they are also getting a good business from it. Now, let’s have a look at the information which we have gathered. Here’s everything I know;

When Will Kipo And The Age Of Wonderbeasts Season 3 Release?

Till now, no confirmation has been made by the creators of this series regarding season 3. Therefore, it is very difficult to say exactly when will season 3 of this American series release. But there are some expectations that if everything remains fine and the ongoing coronavirus pandemic doesn’t last for long then, we can expect a new season by the end of 2020.

Everything is dependent on the pandemic going as the new season can be delayed for long if the pandemic doesn’t over soon. As a safety, is everyone’s first priority. So, overall I can say that you can expect a new season of this series by the end of 2020. If any updates are made regarding new seasons of this American animation series then we will upgrade that in this post a soon as possible.

Where Will Season 3 Of This Series Release?

Like the previous two seasons, season 3 of this series will also release Netflix as its original. As all the distribution rights of this series are owned by Netflix, hence all the upcoming seasons will be released on Netflix throughout the globe.

Season 3 Characters and Their Voice artists

What Can Happen In Kipo and The Age of Wonderbeasts Season 3?

In the previous two seasons, we observed that Kipo Oak, a thirteen-year-old girl was in search of her father after she was forced to flee from her underground city. During her search for her father, she has to face many difficulties and obstacles. So, in search of her father, she travels through an urban wasteland which was ruled by mutes. Those seasons gives us a better understanding of the war between humans and mutes.

It shows how the Kipo gang went through all the difficulties to travel their path. Previous seasons have already answered most of the questions of the audience but some of which were left is getting to complete in season 3. Season 3 can introduce more ugly truths of humans and more of their evil nature.

Kipo Season 1 and 2: Details You Should Know

This American series is produced by Park Sang Ah and Kim Han Byeol in association with DreamWorks Animation Television and Studio Mir. The distribution rights of this series were owned by NBCUniversal Television Distribution and Netflix. It was available only in the English Language. These are all the details about Season 3 of this American Series which was gathered by us. If any more announcements are made by the creators then we will update that in this post. Till then stay tuned to Otakukart for upcoming updates of new seasons of Kipo and the Age of Wonderbeasts.