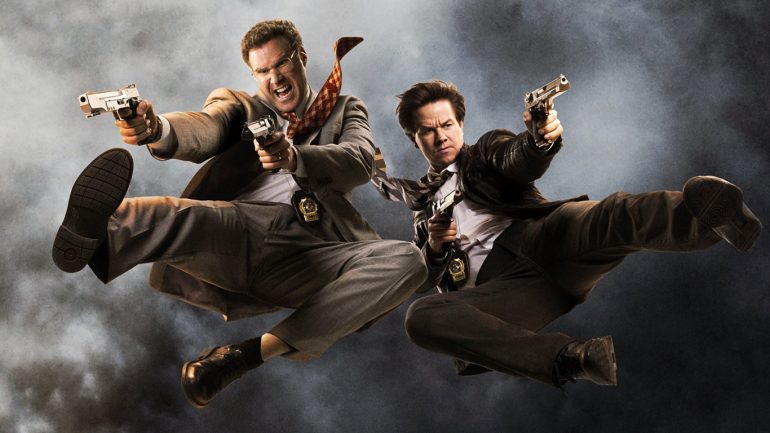 10 Best Comedy Films To Watch On Netflix This Month

There’s nothing more soothing and fun for all of us than to lie down on the sofa and watch a decent sitcom. Dramas can crawl, action movies can be over the top, and horror movies are built to be intense. Comedies are fun and, more often than not, predictable — but it’s not a bad thing. Not all film experience has to be an adventure, and sometimes you just want a good laugh.

Luckily, Netflix’s film repository has grown very big, and we can’t blame you if you don’t want to waste hours looking for the right movie. The streaming service provides hundreds of American Pie-style teen comedies, not to mention a lot of B-films you’ll never want to wait through, and it can be daunting if you don’t know where to look. We did the legwork for you to make your decision a little simpler. Right now, these are the best comedies on Netflix.

Ice Cube leads the amazing Barbershop cast, which also includes Anthony Anderson, Eve, Michael Ealy, Keith David, and Cedric the Entertainer. Barbershop has inspired two adaptations, but the original film is very much of a stand-alone sitcom. Calvin Palmer Jr., Ice Cube, runs a nearby barbershop in Chicago, but he can’t afford to liberate himself from the company he’s inherited. That’s why Calvin illegally sells the store to Lester Wallace (David), a shady businessman who aims to ruin it.

Calvin, though, understands how important the barbershop is to him and the neighborhood only after the deal has been made. But Calvin’s effort to save the store is threatened by one of his staff, Ricky (Ealy), when he gets in trouble for a burglary he didn’t commit. Calvin’s devotion to Ricky rescued all of them, and the franchise was created.

Imagine a world where, if you didn’t fall in love and get married, you were turned into an animal and treated like an animal. Dark, isn’t it? Well, that’s funny. The Lobster of Yorgos Lanthimos hits all the darkest notes yet somehow, inexplicably, adding a grin to your lips. The plot is based on a spot where single people go to find other singles looking for love. If they can’t find love in 45 days, they’re turned into animals. Taking a strong, dry look at the desperation found in human connexion, The Lobster features fantastic performances by Colin Farrell, Rachel Weisz, and John C. Reilly, and comes with a jaw-dropping twist that will make you wonder what you’ve just watched.

The Death of Stalin is a surreal satire that is a big temporary escape for Iannucci, known for skewing contemporary political disgrace and turmoil, by tossing us back to Russia in 1953. The film takes place in the time of the Great Purge and other occurrences that have really taken hold of the world. Catch it if you want old-fashioned comedies that take a look at the political, social problems of the day.

Perhaps the interview is best known for the controversy that has arisen about it. After North Korean hackers breached the firm’s e-mail servers, Seth Rogen and James Franco’s film about two journalists ordered to kill Kim Jong-un was effectively mothballed by Sony.

While it’s hard to overcome the absurdity and confusion of all this, the film itself is pretty good! Franco stars as a talk show host to Dave Skylark and Rogen as producer Aaron Rapaport. Going to North Korea to interview his secret dictator feels like a lifetime’s journey. But the CIA has a few more ideas on how the interview is going to go.

This 2016 comedy by the Coen Brothers has been in the making for a long time, and although it has received decent reviews, it is also somewhat underestimated. Oh, Hail, Caesar! It takes place in 1951, during a day in the life of Eddie Mannix (Josh Brolin), a “fixer” for a film studio named Capital Pictures, who spends the day attempting to stave off numerous controversies, set fire, and track down a fugitive movie star. Chaos and shenanigans follow, and George Clooney delivers one of his finest comedy performances.

There are aspects of drama and romance, but at the heart of it, The Artist is a comedy film. As soon as you step beyond the black-and-white barrier, you reach a realm of nostalgic nostalgia unmatched in film today. While old silent movies can be difficult for contemporary standards, The Director never stops attempting to impress for visual and audio tracks, with funny title cards and visceral performance. The 2011 film won five Academy Awards, including Best Picture, and ends with a rolling dance scene that rivals everything that Fred Astaire created during his heyday.

Will Ferrell and Mark Wahlberg make a remarkably ideal comedy duo and both build on their Grumpy Old Men-like synergy for this cop friend’s adventure movie about two NYPD officials who discover a global business scheme to rob millions from the city’s police retirement fund. Wahlberg plays the brawns, a quick-tempered cop compelled to take charge of Ferrell’s mild-mannered accountant after he unintentionally shot Derek Jeter during the World Series. That right it should tell you all you need to know about this movie.

Early action action-comedy borrows elements from the iconic Kung Fu films of the ’70s and combines them with a totally insane storyline and some amazing cartoon-style battle scenes to create an entirely original flick that we promise would make you marvel. The film follows the actions of two mates, Sing and Bone, who impersonate gang members aiming to join the gang themselves, but they unwittingly fight a gang war that almost ruins the slums of the city. Of course, the real attraction here is the surreal, over-the-top humor that takes place in some of the film’s biggest action sequences. It’s amusing, but only if you check your brain at the threshold.

9. Always Be My Maybe

Ali Wong and Randall Park star at Netflix’s new rom-com. This time around, the story follows two childhood sweethearts who have spent the last 15 years separated and attempt to reconcile as one comes back home. Wong plays a prosperous chef opening a new restaurant in San Francisco while Park plays her childhood best friend who still lives at home and works for his family. Both of them are growing up, but the film ignores classic rom-com conventions for parts that are funnier and more poignant than the average light-hearted material.

Jason Mantzoukas is playing a road trip pal from hell in Hannah Fidell’s adventure comedy. Mantzoukas is a disgruntled auto mechanic (and presumably an alcoholic) who invites him along when college-bound teenager Nat (Tony Revolori) offers him a lift into town. That little act of goodwill backfires in a major way when Richard (Mantzoukas) hijacks the tour, unable to handle his past failures and grim future as Nat pursues his dream of photographing the original American.