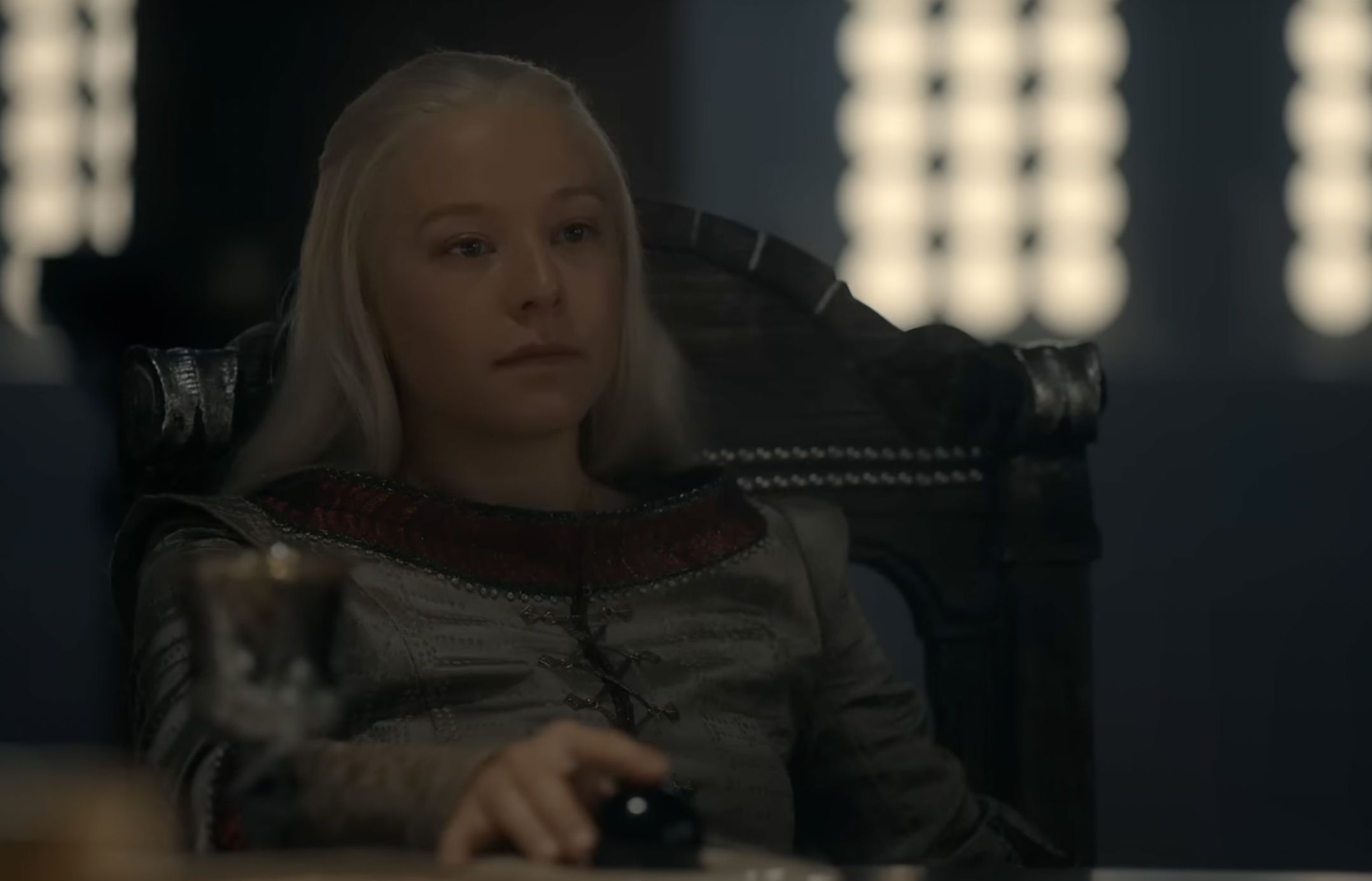 House of the Dragon Episode 6 release date is right around the corner, and fans are pretty excited to know more about the same. This week’s episode was a huge mess as we saw The King traveling to Lord Corlys in order to ask for his son’s hand in marriage. It is obvious that Velaryon is the second greatest and richest house in the seven kingdoms and to have them as allies on their side is a great way to establish power among the realm and of The Crown.

Also, we see that while the parents are having a deal of marriage, Rhaenyra and Ser Laenor take a walk by the coast and come to a mutual understanding. She knows the situation that Laenor is in and his orientation toward men. Thus, they come to strike a deal of their own that they shall perform the duties to the realm and their fathers and after that, have their own ventures or interests explored.

On the other hand, Lord Corlys has his obvious shares of doubts about the Targaryen and Velaryon heritage and how the succession shall take place. The King clears it all for them that the children of their children will have the name Velaryon but the eldest one who comes to take the throne will go by the name Targaryen. This sits well with Lord Corlys and he agrees to the marriage. Although, Princess Rhaenys has her concerns because they might be putting their son and their later generation in danger because Rhaenyra’s succession will be challenged by the realm and the same swords will rise towards their son as well. While the Targaryens are going back to the King’s Landing on the ship, Ser Criston is truly disappointed as Rhaenyra will not marry him because of his title. He thinks that she will just use him by her side as she is married to Ser Lenor.

House of the Dragon Episode 5 Recap

When they reach the Red Keep, Queen Allicent summons Ser Criston where he reveals the relationship that he and the Princess share. Allicent is shocked by the news as she trusted Rhaenyra and thought she was telling her the truth about not losing her maidenhood. This confirms the claims that were made by his father and now she has become too hostile towards everyone as seen later in the episode.

Coming right at the wedding, King Viserys and his health is taking a toll. Also, at the start of the episode, it was seen that Prince Daemon has killed his wife Rhea at Runestone so that it clears his name from a lawful wedding and gives him a chance to take another wife maybe even Rhaenyra herself. As for the feast that The Crown throws for the celebration of the upcoming nuptials, Allicent walks in wearing a green gown.

It is the color of House Hightower when they declare war. Also, Daemon is now set to inherit everything that Rhea had in her name including Runestone. At the feast, Ser Joffrey Lonmouth talks to Ser Criston realizing that he is Rhaenyra’s lover. He discloses about him and Ser Laenor as well. This provokes him a lot as Ser Criston beats Joffrey to death in the hall itself. In order to avoid any further scandal, Rhaenyra and Laenor are wed quickly in a secret ceremony. By the end of the episode, we saw that Ser Criston is about to kill himself in God’s wood but Allicent appears and stops him from doing so.

House of the Dragon Episode 6 release date is on the 25th of September 2022. The episode is titled The Princess and the Queen. It is supposed to drop out on HBO and HBO Max at 9 PM Eastern Time. New episodes release every week on Sundays.

How to Watch House of the Dragon Episode 6

House of the Dragon Episode 6 can be watched when it airs on HBO. It can also be live streamed or even streamed later through HBO Max. The basic plan of the platform costs 9,99 dollars a month but comes along with advertisements. You can always upgrade to the higher plan which is priced at 14.99 dollars a month with no ads. Fans in India can watch the show through Disney Plus Hotstar the next day at 6:30 AM Indian Standard Time.

Also read: How Many Seasons Will House of the Dragon Have?