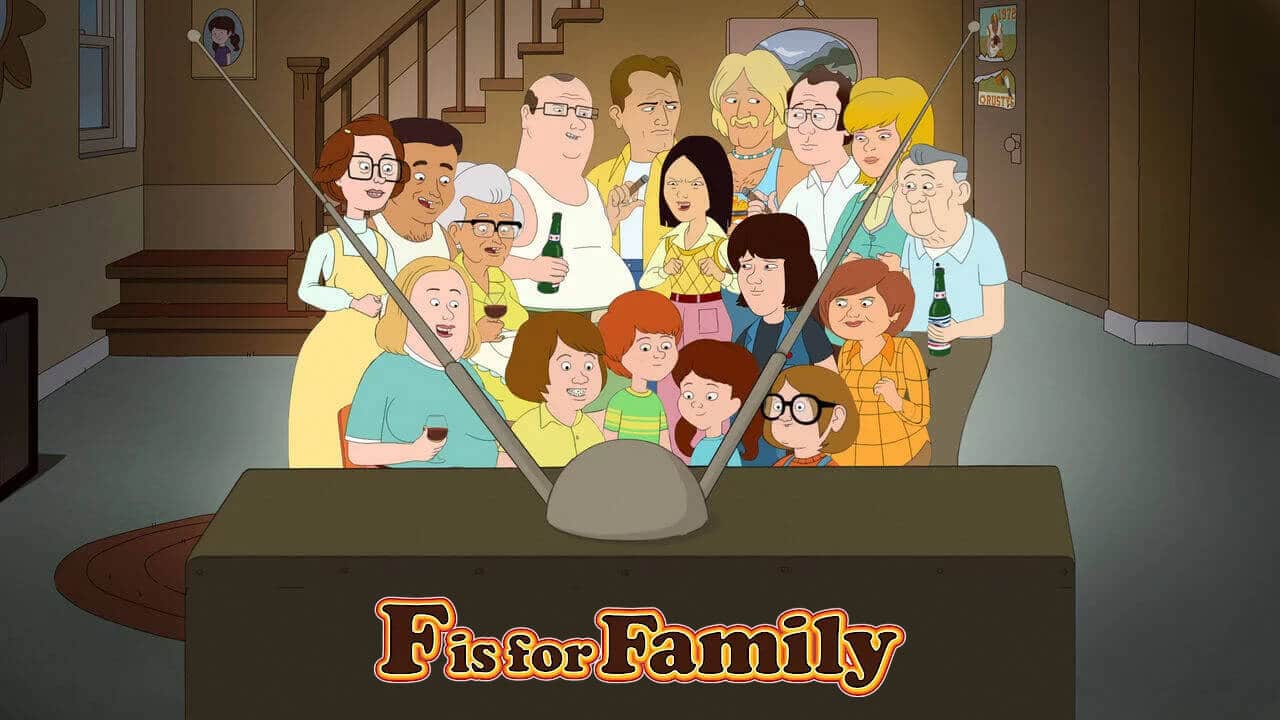 Netflix’s popular adult animation series F is for Family is coming back for a fifth season. Unfortunately, the series will conclude with this season. It is a popular comedy series by comedian Bill Burr and Simpson’s writer Michael Price. Bill Burr’s childhood inspires the show. The first season was originally released in December 2015. F is for Family is among the longest-running animated series on Netflix. The fourth season of the show premiered back in June 2020, and after over half a year of wait, fans are eagerly waiting for the news about F is for Family Season 5. Here, we will discuss everything we know about the fifth and final season of the series.

F is For Family Plot Summary: 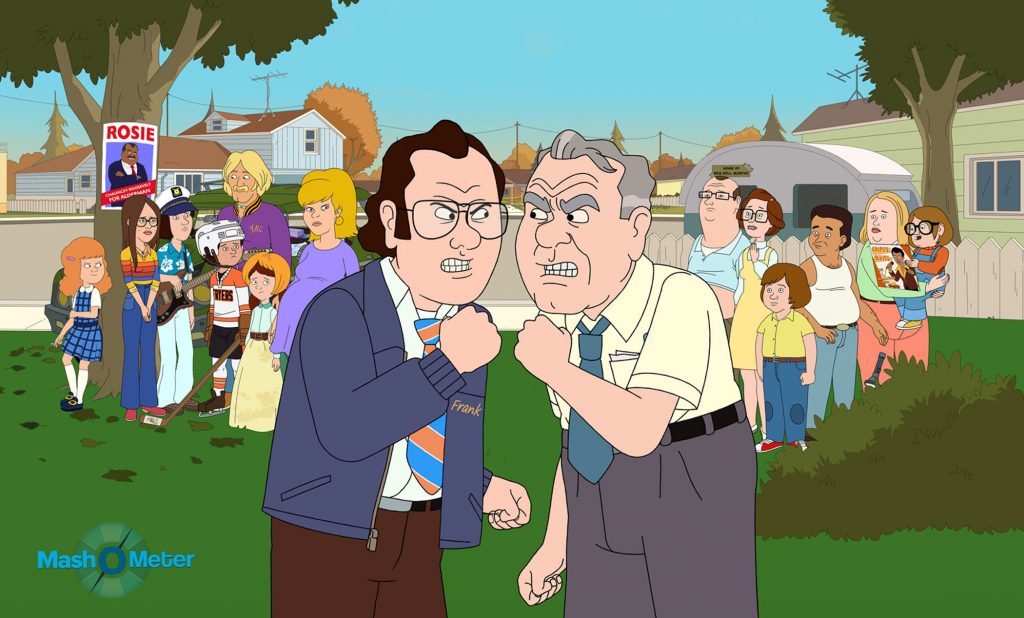 The story is set in the early 1970s in a fictional town of Rustvale in Pennsylvania. The series shows the Irish-American Murphy family’s story where the father is trying hard to provide for his family by doing a job he hates. There’s also a mother trying to be the wife and parent according to society’s boundaries. Besides, there are three children in the family; one of them is a teen who loves rock-n-roll, a kid with middle child syndrome, and a little girl who is the apple of her father’s eye. These five make up the “perfect” kind of family that everyone desire in 1970s America.

The 1970s was when smacking your kid, smoking indoors, and bringing a gun to the airport was common. The series tells the story of how this middle-class family held it together despite their day-to-day struggles. The series is under the partnership between Netflix, Gaumont International Television, and Wild West Television. 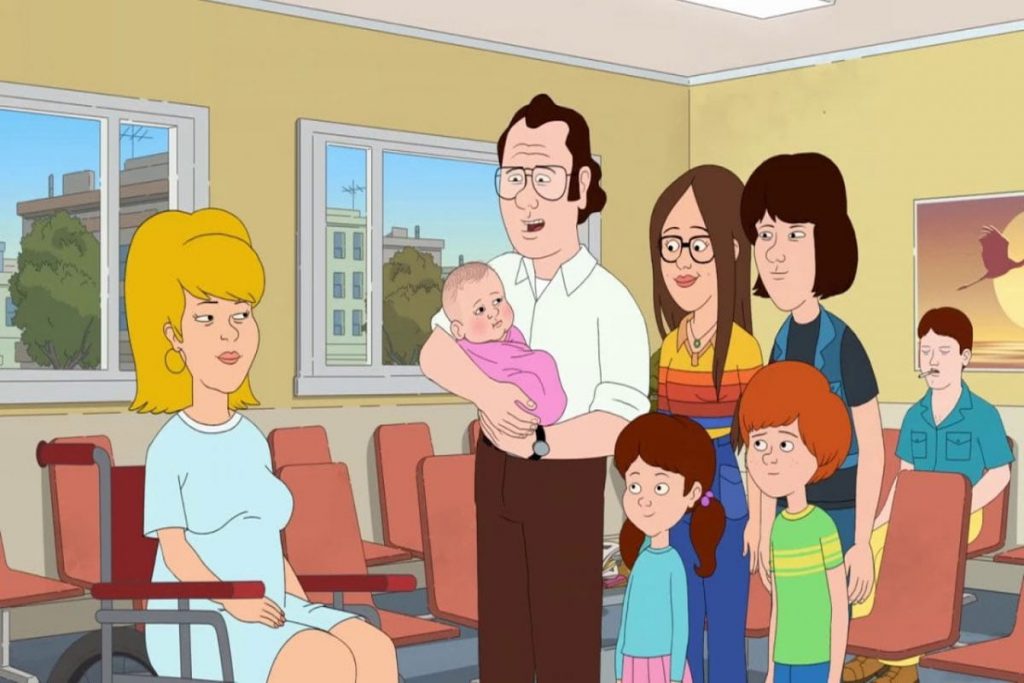 The previous season followed two major plotlines: Sue Murphy’s pregnancy and Frank Murphy’s relationship with his father, William. In season 4, Frank tries to handle the two situations the best he can, but things get downwards with Maureen Murphy’s school play in the eighth episode.

Besides, Frank and William get into an argument where Frank punches his father in the face. As a result of that, Frank decides to leave for Cleveland with the excuse of work. Things get even worse when Sue Murphy goes into labor when no one is around to help her. Luckily, she manages to reach the hospital all on her own. Later, when the rest of the family arrives at the hospital, Bill and Maureen ask William to leave to avoid making a scene when Frank shows up.

William gets upset and goes to the hospital chapel. Frank finally arrives and ends up meeting William while looking for Sue. William tries to apologize to him, but Frank didn’t listen as he is in a hurry to find Sue. Sue gives birth to a baby girl. Frank takes his newborn baby to see William at the chapel. However, when he reaches there, he finds William mumbling. “here we go,” and collapses. William’s mouth starts foaming, and the anxious Frank shouts for help. The episode ends there, leaving us with a huge cliffhanger.

There is no announcement whatsoever about the release date of the fifth season of F is For Family. All we know is that the writing team has started the work before October 2020. As for how long it will take for them to complete the script, it will depend on the number of episodes. Analyzing all the procedures for the series and the time gap between two consecutive seasons, there are high chances that the fifth season will premiere in late 2021 or early 2022.

What to Expect in Season 5?

According to the show’s writers, the final season will have more than ten episodes.

We will most likely know more about Frank’s mother in the fifth season.

Sue’s brother will be in Season 5 of the series.

A new character named Ceacescu will make an appearance in the final season of the series.

The first two chapters’ titles are: “The Mahogany Fortress” and “The Rustland Massacre.”

Season 5 of F is For Family Cast:

The final season will have the entire main cast of the series.

Sam Rockwell will still give the voice for Vic Reynolds.

You can stream all four seasons of F is For Family on the official website of Netflix.