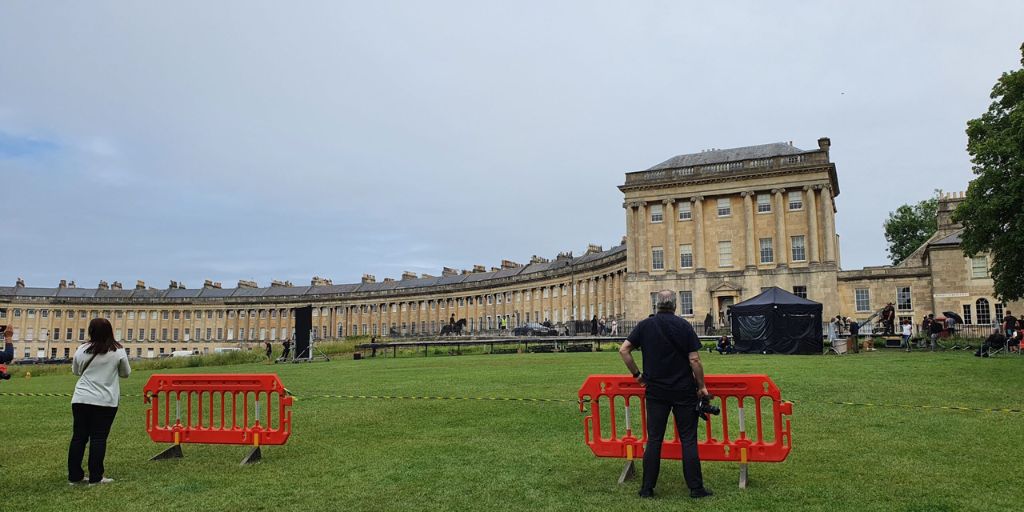 Here is what you should know about Persuasion Filming Locations. Based on Jane Austen’s work of the same name, Persuasion is a 2022 American drama film directed by Carrie Cracknell from a script by Ron Bass and Alice Victoria Winslow. Henry Golding, Nikki Amuka-Bird, Mia McKenna-Bruce, Richard E. Grant, and Dakota Johnson are among its cast members. On July 15, 2022, Netflix released the movie. Critics gave it mixed reviews, praising the performances while criticizing the film’s updating of the source material.

You must have probably already finished watching Persuasion on Netflix. Movie fans undoubtedly have some ideas and maybe even some queries. Specifically, where was the Jane Austin movie truly shot? It turns out that the location where the movie was filmed has a very particular significance and link to the well-known novel. The idyllic green landscape, historic buildings, and sunny meadows are all actual locations, and Dakota Johnson, who plays the iconic character Anne Elliot, only by being present during filming, embodied the book. Read about Persuasion Filming Locations here.

Bath served as the primary location for the majority of the Persuasion filming. Bath has a unique relationship with novelist Jane Austin because she resided there for several years in the early 1800s. The entire cast and crew, including Dakota Johnson, Henry Golding, and Cosmo Jarvis, resided in Bath while the movie was being made, which was undoubtedly a unique way to connect with the plot. Just over ten years before she penned Persuasion, in 1805, Austin moved away from Bath; it is obvious that this event had a lasting impact on her. 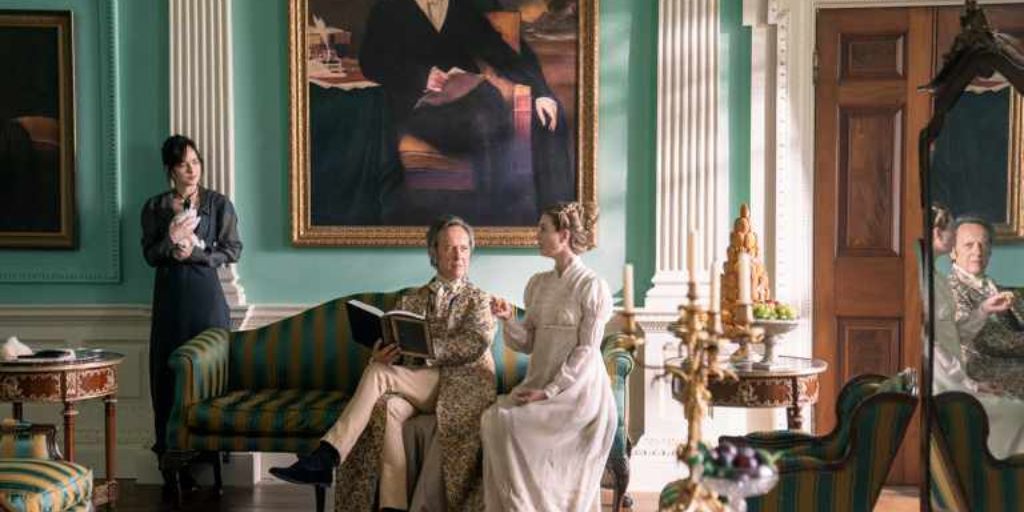 The majority of the movie was shot in Bath, England, which got its name from the Roman baths that once stood there. Since Jane Austen herself resided there from 1800 to 1806, it is hardly surprising that she picked it as the setting for her last book. Bridgerton also used Bath’s Royal Crescent, which served as the outside of Camden Place, the family’s residence. A nearby Primark on Bath Street also underwent a significant makeover to serve as the crucial Madame Lefroy’s clothes boutique.

Another significant scene was filmed on the Gravel Walk, a pathway that runs behind the Royal Crescent and the Circus. This section was called a Lover’s Lane at the time of Austen. Bath is one of the prime Persuasion Filming Locations.

The Assembly Rooms was one Bath location in the film that wasn’t shot there. It was changed to Osterley Park in Isleworth, West London. The gatherings of Bath society in Persuasion take place in the Long Gallery of the Georgian house, which dates to the 1570s. Previously owned privately, it is now a National Trust location.

The historical drama used this 18th-century property as the backdrop for various scenes. The interior of Camden Place was filmed here, but the exterior was filmed on Bath’s Royal Crescent. At this opulent house, scenes for The White Hart Inn and Molland’s Confectioners were also filmed. It’s interesting that it currently serves as a retreat center for wellbeing. 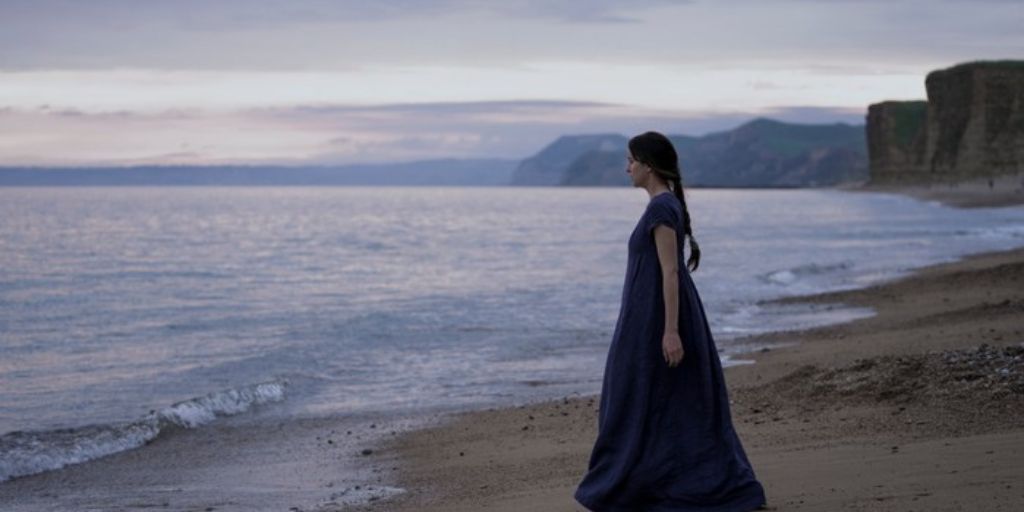 Uppercross House, the home of the Musgrove family, is portrayed by Brympton House near Yeovil, Somerset. Although this historic building dates back to the 13th century, it has undergone continuous renovations to keep up with modern standards. It presently serves as the ideal illustration of an English country estate.

Also Read: Do Anne And Wentworth End Up Together in Persuasion (2022)?

Another major Persuasion Filming Location in Buckinghamshire. The regency movie used several locations in Buckinghamshire in South East England for filming. The mansion of Lady Dalrymple and her daughter was West Wycombe Park, which was also depicted in Downton Abbey. The film’s fields and woodlands were also filmed on the property. 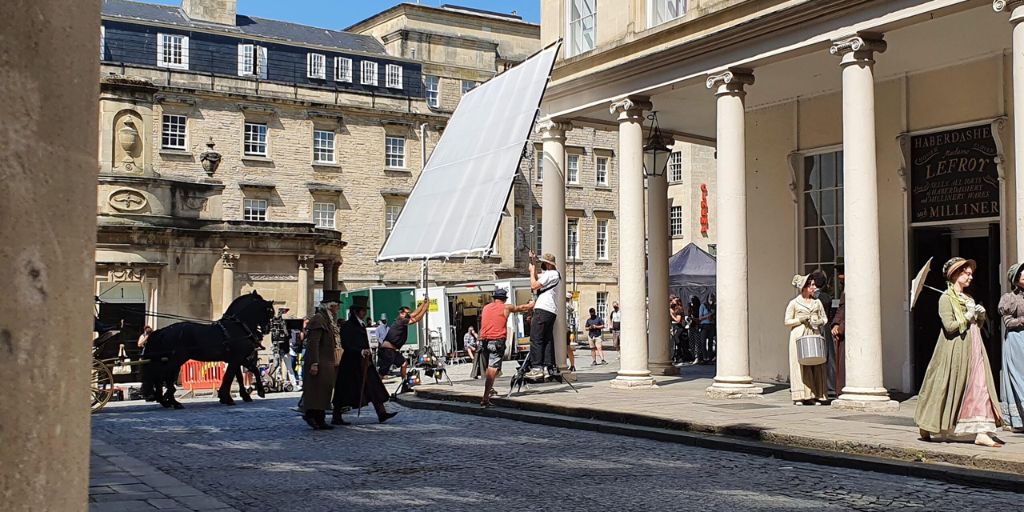 Another one of the lavish homes in Buckinghamshire highlighted was Chenies Manor. The decor of Uppercross Cottage, where Anne’s sister Mary and her husband Charles Musgrove resided, was inspired by this Tudor manor house.

Kellynch Hall, the historical mansion of Anne’s family, was filmed in Salisbury’s Trafalgar Park. The family must, regrettably, sell their magnificent home owing to financial constraints. Salisbury is a medieval cathedral city most recognized for being near Stonehenge, the world-famous stone circle. The house also served as Anne’s lodging when she visited Lyme Regis. Trafalgar Park, which was constructed in the early 18th century, was also included in another Austen classic, Sense and Sensibility. These were the major Persuasion Filming Locations.