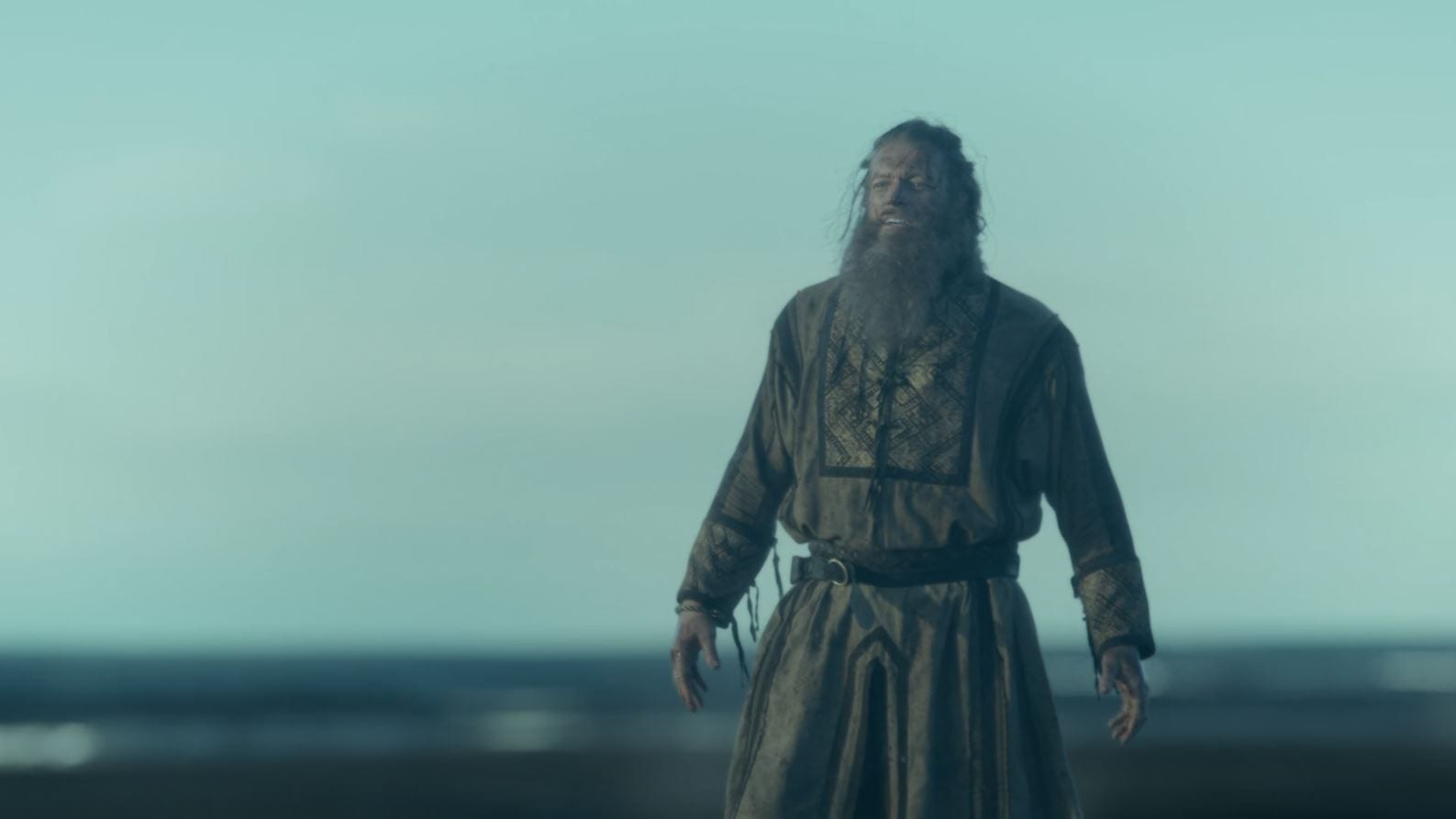 Vikings Season 6 had introduced Prince Oleg as an antagonist who quickly became part of the series. And as the storyline progressed, we could feel how tensions were rising between the brothers. A conflict kept brewing for a big showdown between Prince Dir and Prince Oleg. But as we see an end to the Rus storyline, surprisingly, we get a rather happy ending. With tears in his eyes, Igor bids farewell to Ivar as he leaves for Kattegat. Speaking of Kattegat, we start with King Harald’s wedding ceremony. When we lose sight of Gunnhild as she reunites with her husband in the halls of Valhalla. Meanwhile, Greenland witnesses its first political struggle as an element of inequality pops up. Ketill stands atop as the King of Greenland after he and his family vanquish half the settlement for a fish.

End of Rus Storyline in Vikings

There is kind of a mixed feeling regarding how the show ended the Rus storyline. There was switcheroo from predicting a trap at the place to really nothing happening. The scene was building up suspense, making us wait for a battle only to find out that the soldiers and people of Kiev had already turned on Oleg. And were ready to welcome Igor with open arms. The show had been hyping up a battle to take place with the music, drums, marching, and cool shots of it in the mist. We even are able to witness an eerie shot of wind blowing as Prince Dir approaches the gate. With horses neighing in the background and tensions building high, we can realize that our emotions were toyed with. Only to see no action or much of a showdown. 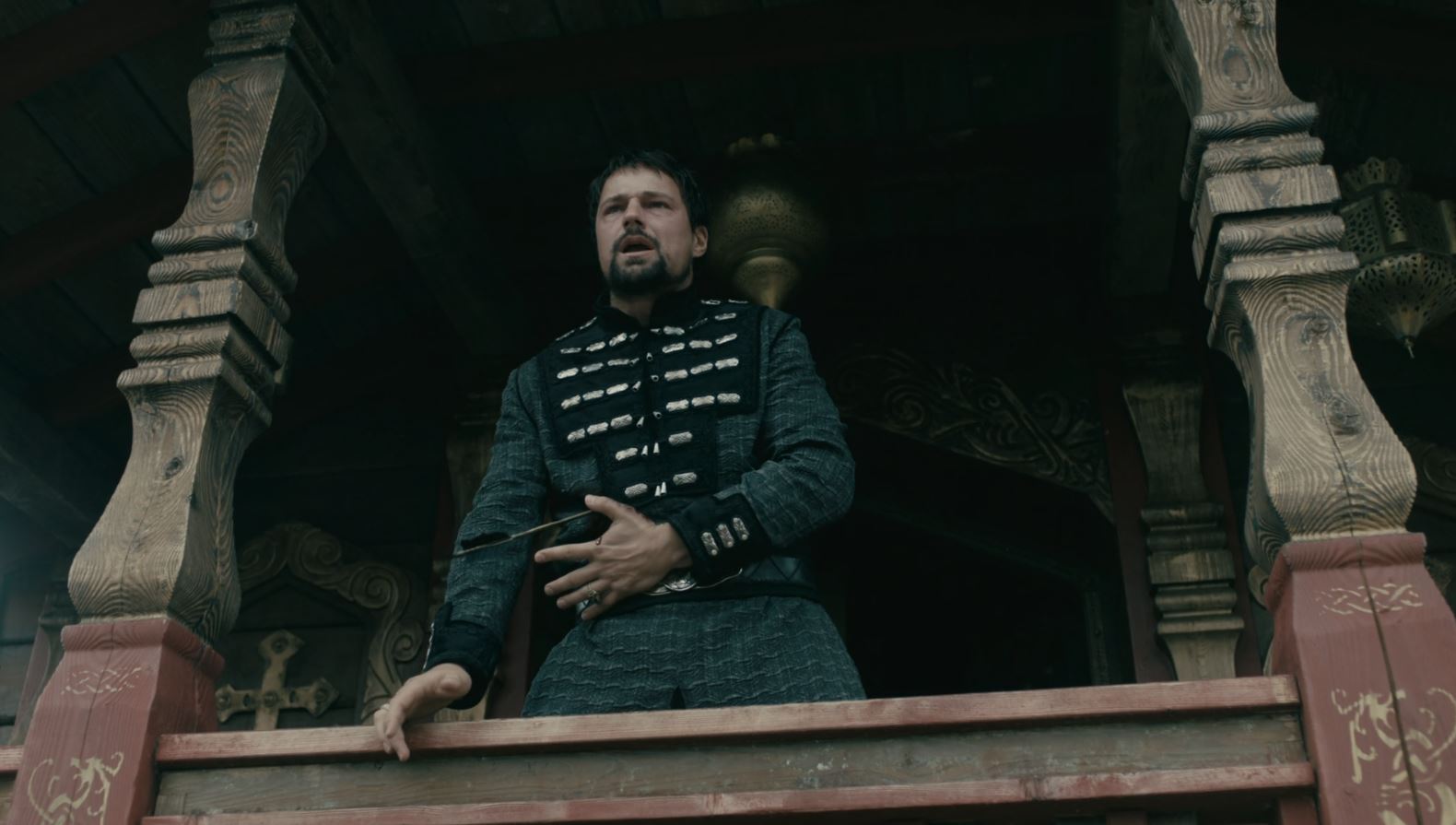 Meanwhile, Oleg is seen pacing through the empty halls of Kiev. He was going crazy as he kept mumbling phrases and delusions to himself. And as his mind was cluttered with these thoughts, it is interrupted by the background sound of celebrations. Everyone had abandoned and turned on him as he stood on his own. He comes out to the balcony crying, pleading for everyone to come together and talk it out. But no one supports him, creating an awkward atmosphere as everyone realizes that his time was up. Ivar hands Igor a bow to kill Oleg at the same place he had prophesized Igor striking down Prince Dir.

And as he gets struck down, we see the end of Oleg. A character who single-handedly drove the Rus storyline. Whom one would expect to get a much more spectacular ending, and the scene feels a bit unsatisfying considering how Oleg’s council was with him the last episode only to turn on him now.

This episode of Vikings shows us how there’s no mystery surrounding Katia. She is a Rus Royal woman who married Oleg and chooses to betray him. She is in love with Ivar but realizes that he has only been projecting the image of his former wife on her. And knowing that she cannot compete with a ghost decides to send him away. She informs Ivar of his child she was carrying, who she promises to nurture with knowledge of his father, Ivar The Boneless. 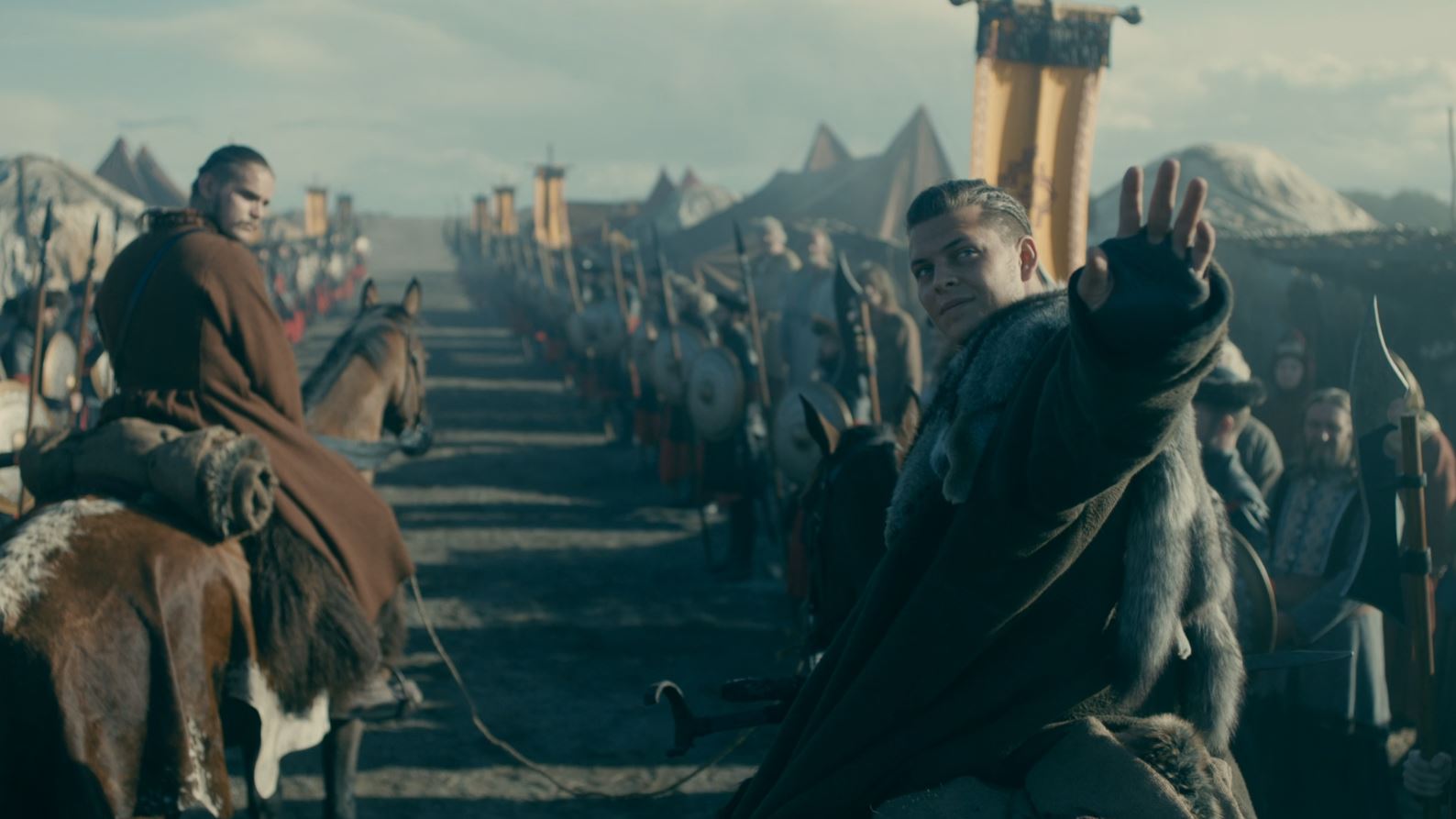 We enjoy the closing moments between Igor and Ivar before they part their ways. We get to see a child-like innocence from Igor as he realizes he may never see his friend again. He doesn’t want him to leave but has to accept it as his growth to be the future ruler. Ivar always likes to keep an intimidating aura around him. This was because of his disability, due to which people tend to underestimate him. But now, as Ivar had become this close with Igor, he has dropped his defenses, making him quite vulnerable. And as Hvitserk and Ivar set forth on their journey, Hvitserk notices it.

For the Vikings fans, the Greenland arc was able to compensate for all the actions we missed out on in the Rus storyline. As a whale pops up on Ketill’s land, he tries to deceive everyone that he would share it with the others. But he soon puts up a fence around his property to demonstrate that the whale was his. Ubbe, who is unable to process this, is soon made to realize by Other that Ketill’s actions were going to have severe consequences. But the way he brings about Floki into this is quite ominous and manipulative. Later on the boat, Ubbe starts being uncomfortable with the way Othere frames his statements in certain ways that aren’t wrong but are quite misleading. 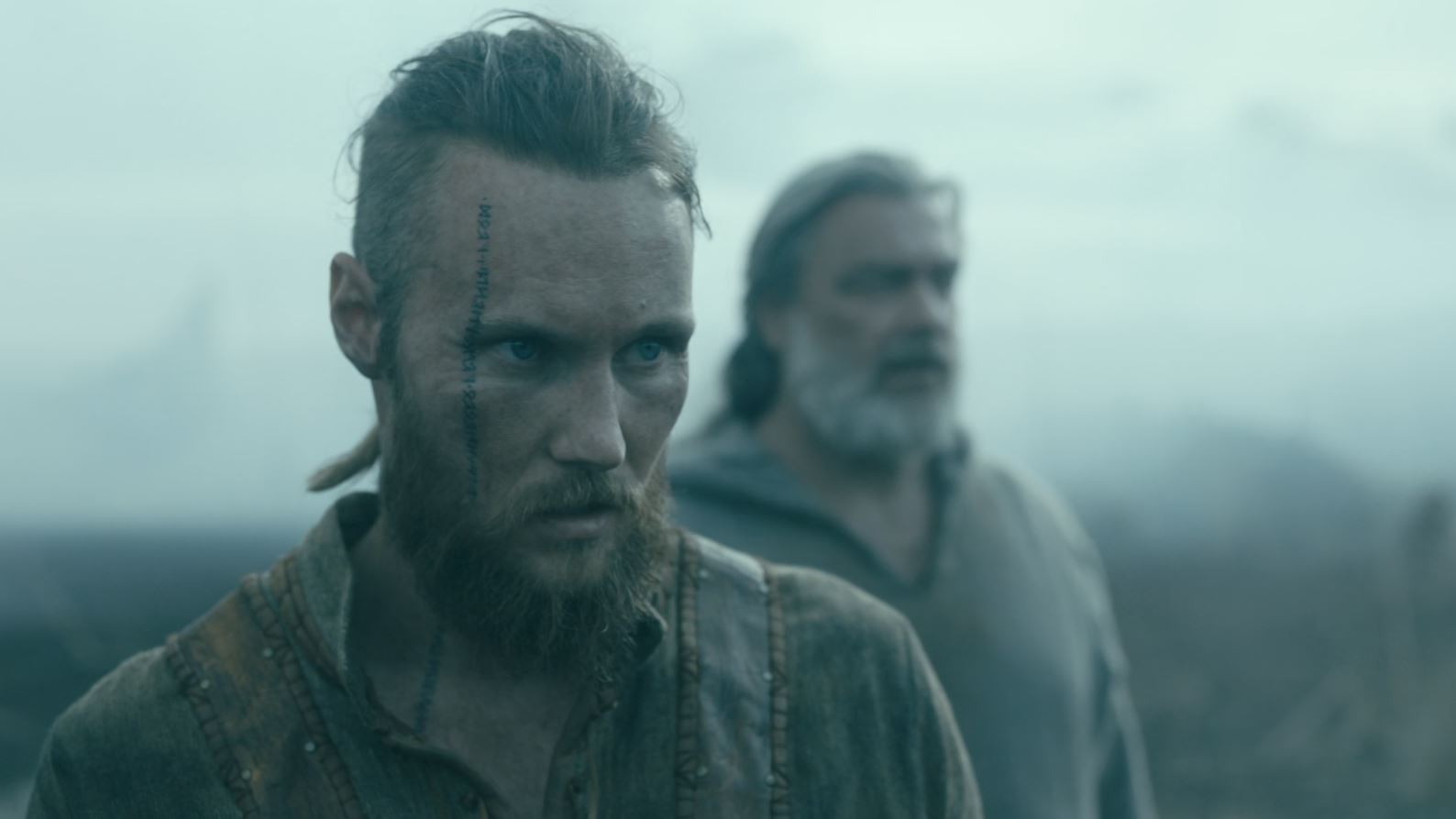 Unlike the Rus storyline, the scenes jump straight into the fight. A crowd simply marches towards Ketill, demanding a part of the whale. It was big enough for all of them to consume. It could be used for food and fuel to stay alive. But instead, all of them throw their axes against one another. And even though the camera is shaky for dramatic effect, we are able to recognize who was dying, who was fighting, and who was in peril. Ubbe goes down but is soon saved by Othere. We even get to see Torvi fight off them carrying a baby with her.

We see that no one really won the fight as Ubbe and the crew gets back to the boats. While Ketill stands atop the whale looking like he won, considering he managed to chase them away from his land. He gets to keep his whale and claims to be the King of Greenland. But there were only 3 people beside him with his son dead, his wife crying and bodies stacked up all around them.

As Ubbe and the crew are forced to flee, they head back to the sea with no food or water. But as their journey looks like a lost cause, a storm appears. Not so long ago, a storm was a great challenge to them, even claiming the life of Torvi’s child, Asa. At that moment, it could have even killed them all, but now a storm acts as a savior bringing them water to live. This puts out an interesting message in Vikings as to how forces of nature aren’t inherently good or bad. But instead, it depends on the context of when and how a certain incident occurred. 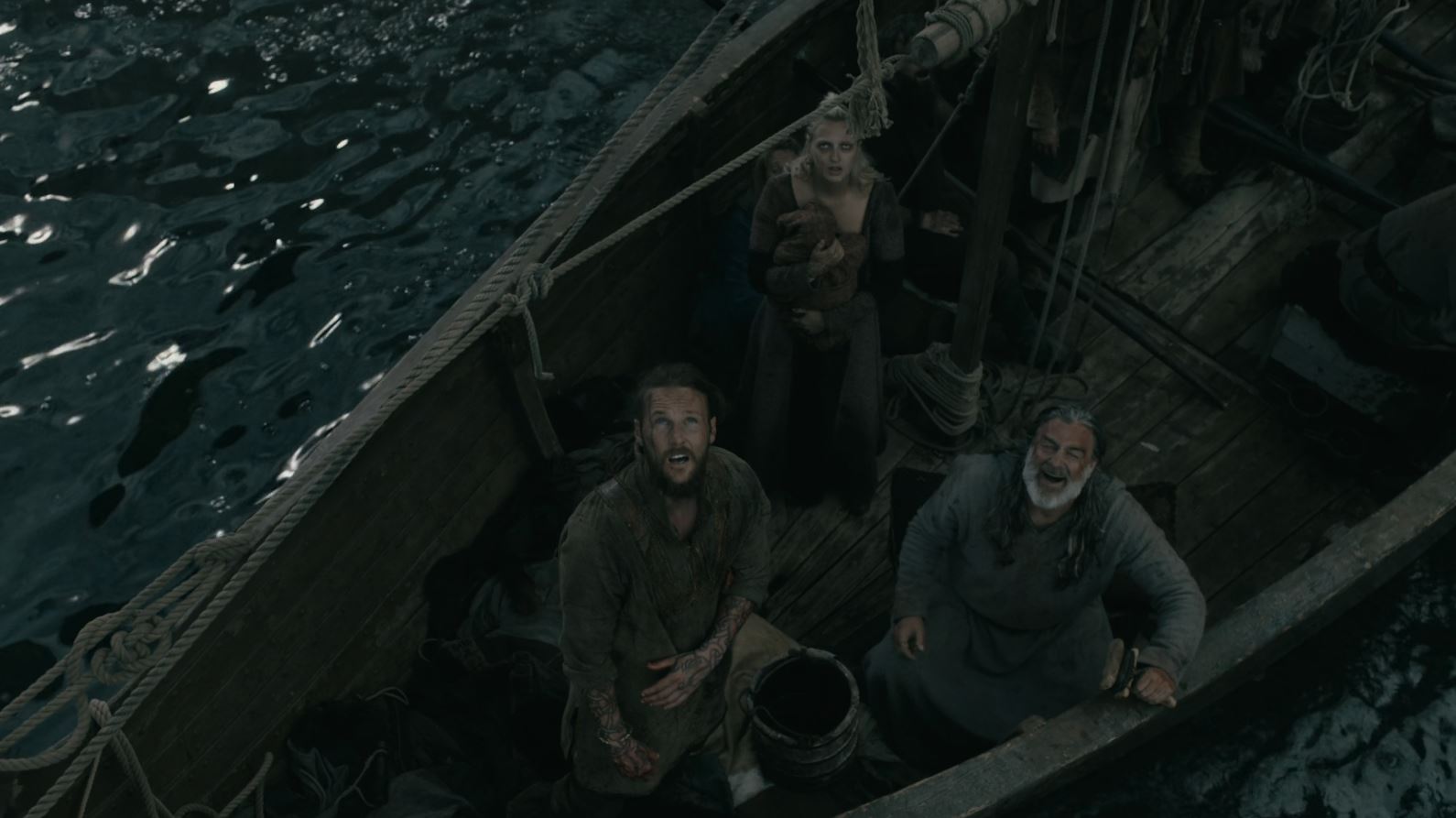 A storm acts as a savior providing Ubbe and crew with water to drink.

Similarly, the whale which landed on Ketill’s land was something God sent for the community. Its blubber could be used as fuel to light fires to cook and keep warm. Whereas its meat could be eaten, and its bones could be used as tools and weapons. But in the end, it ruined the whole community where most of them end up being killed. But now, Ubbe was back at sea where he can aim at finding the true Golden land.

From the previous episode of Vikings, we could predict that the story was headed in this direction. There was a scene where Gunnhild holds a knife to her throat. And now we see its aftermath, which completely makes the whole drama at Kattegat pointless. Harald’s wedding with Ingrid and Gunnhild was about to take place when Gunnhild arrives to decline the proposal. She wishes to reunite with Bjorn at the halls of Valhalla. So she starts swimming only to drown eventually, the whole scene of which was beautifully shot. There was a certain amount of emotion and grace to her end. But this completely sent all the political intrigue down the drain. 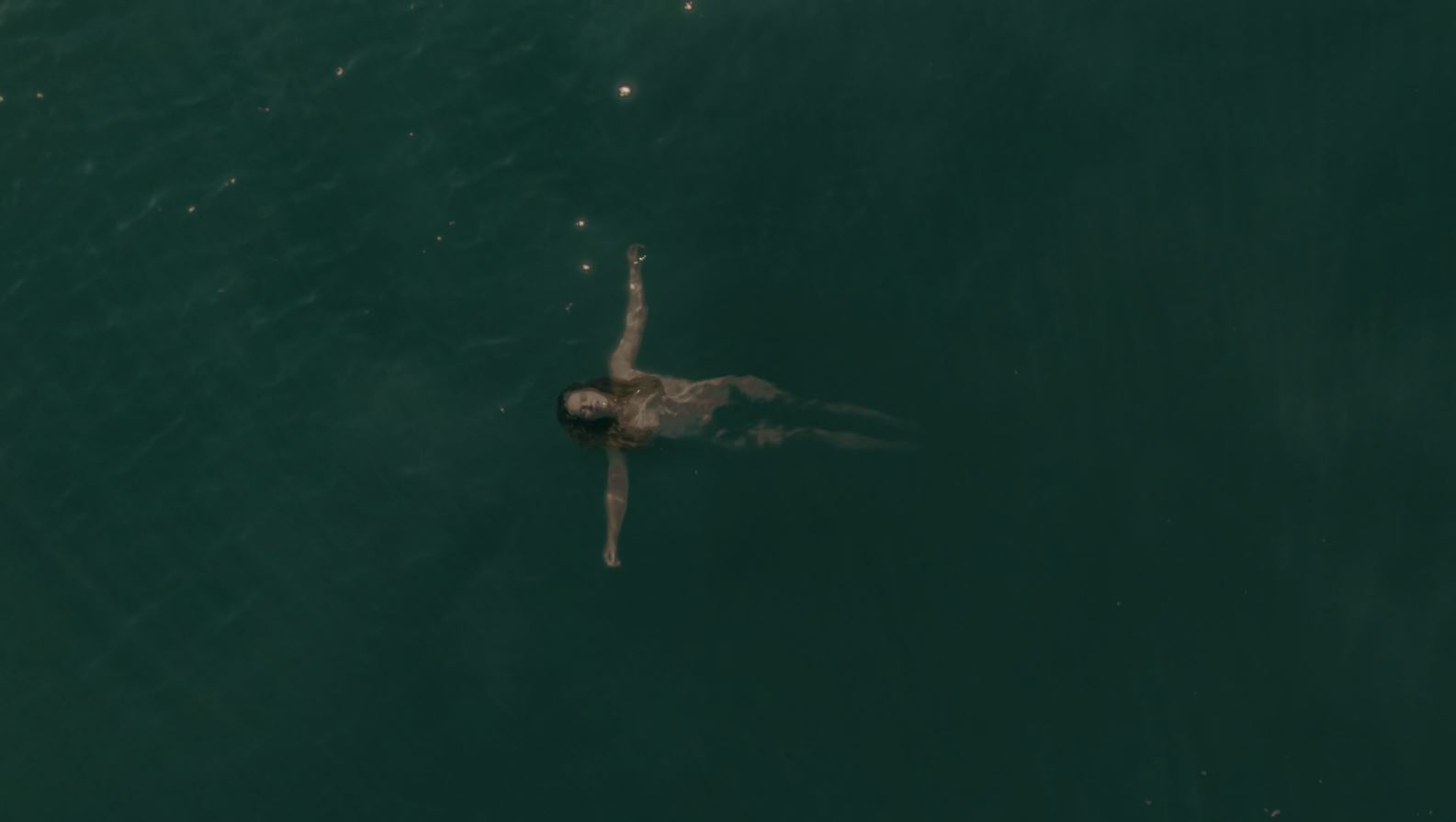 Gunnhild decides to reunite with Bjorn at the gates of Valhalla.

The election meant nothing much, and the whole dynamic between characters was made to feel redundant. There was weak chemistry among characters, which wasn’t given much time to develop. Even though King Harald could carry scenes himself, the ones around him couldn’t bounce off the same energy.

Overall, episode 15 of Vikings titled “All at Sea” was one of the weaker episodes in season 6. But it still had some fun and exciting moments along the way. The one in Greenland was action-packed with some cool shots depicting the fight without losing the mark on displaying the various smaller battles. Ketill, as he stands atop the whale, looks like a Mad King drowning in his ambitions. While there were a few emotional moments at the end of Rus’s storyline as Igor and Ivar part ways. And we learn how Ivar was about to become a father and has changed now, becoming quite vulnerable. The only issue arises at the building up of Oleg’s death and character dynamics in Kattegat, which could have been avoided with a few extra scenes in the mix.