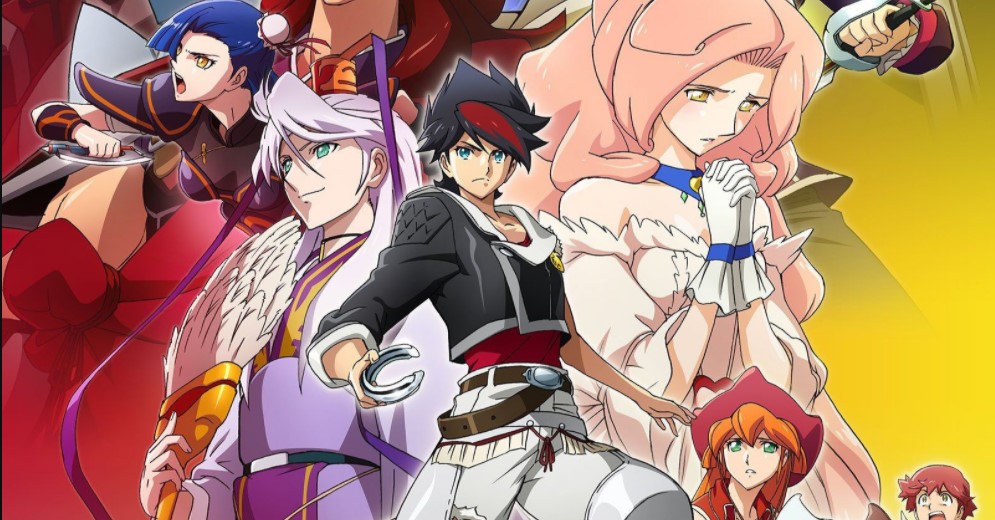 The last week of January will be filled with exciting anime releases as we enter the second month of the Winter 2021 anime. We have seen several anime making their debut this season while others continue where their previous season left off. We do not have much remainder of anime from last season, so this provided space for more anime to come. This explains why a lot of new anime made their debut this season. We will be looking at anime that will be releasing new episodes throughout the week. But before that, let’s take a look at the main highlight of the week so far.

Attack on Titan Season 4 continued over the weekend with the release of a new episode. The final war to reclaim the founding titan has begun. But it was the survey corps that strike first this time. In the latest episode of the anime, the colossal titan’s appearance marked the turning point for Eren’s battle, who was seemingly losing. But Levi used the ensuing chaos to take down the Beast Titan, and the rest of Marley’s titans defeat followed through. Eren used the opportunity to destroy the crystal encasing the Warhammer titan and consumed it, meaning that he now has its powers. More details on the episode’s post: Attack on Titan Season 4 Episode 8

Looking at popular anime releases for the week, new episodes are still releasing as usual. There is a lot to look forward to this week. Take a look at the latest updates and when the next episode releases: 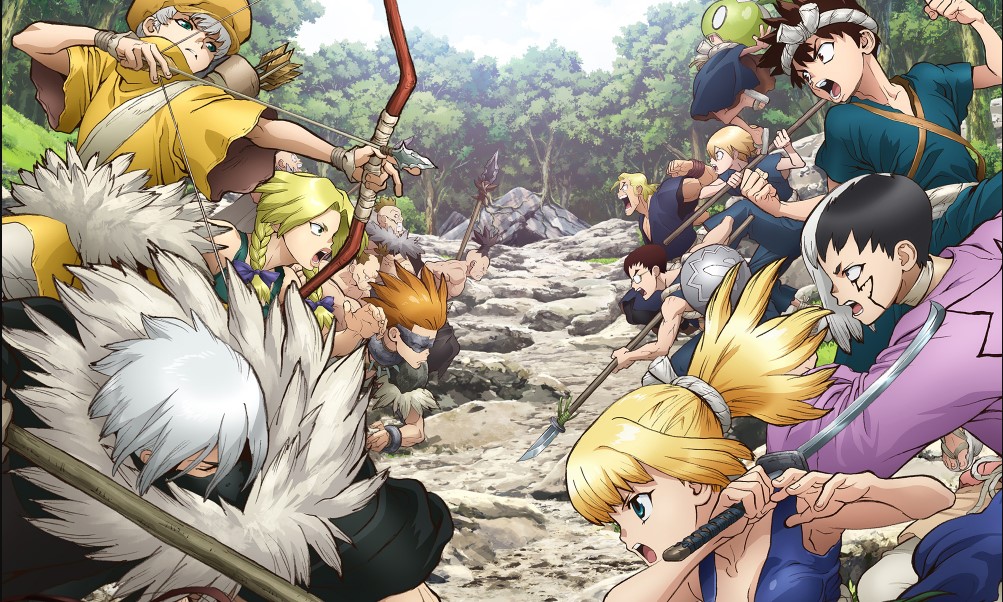 The fight is on to defend Itadori, but things took a twist when his team noticed that the entire Kyoto school was out to get him. Surrounding Itadorin in an attempt to finish him, the Kyoto sorcerers were surprised to see that one of their classmates wanted to fight Itadori without any interruptions. This turned into a brawling battle, which best fits Itadori’s curse powers. But he noticed that he still has room for improvement; more details on the anime full post: Jujutsu Kaisen Episode 16

Black Clover continues with releasing its latest episode just after hearing that Yuno is the Spade Kingdom prince. Then after that, the dark triad immediately attacked the golden dawn headquarters. They were looking for the arcane stage mage, and just when we thought that it would be Yuno. Things couldn’t be any surprises. Apparently, they were looking for vengeance, and Yuno arrived back at the headquarters late. Raged on the destruction of his squad, Yuno intends to avenge his fallen squad members. More details on the next episode’s post: Black Clover Episode 161

Konohamaru has not reported back to Konoha in a while and is also unavailable when contacted through radio. The Hokage office is getting impatient, and as a countermeasure, Boruto and his team were sent to check out what was going on. Upon their arrival at the crash site, team 7 found puppets lying on the ground with Mugino and Konohamaru nowhere to be found. On the other hand, Ao was also sent to the same place to retrieve the vessel. More details on the anime’s post: Boruto Naruto Next Generations Episode 184

The events happening outside Wano are now explored, and it is about time the anime returns to some action in Wano. It appears that a tragedy has happened as Kinemon and everyone else reached the rendezvous point. But Luffy and his crew were nowhere to be found. The next episode will explain in detail what has happened up to this point. And more on where the straw hats and the rest of the alliance are, more updates on the anime post: One Piece Episode 960

World Trigger returned to the screens this season and saw meeden under attack from Afto forces. In a battle where meeden appeared to be behind from the start, they have suddenly turned things around. Jin is on the move and has now played a crucial role that has turned the battle around. And now meeden only need to finish up the fight easily; more details on the anime full post: World Trigger Season 2 Episode 4

Ban went into purgatory to try and save melodies feelings that have been in there. This will be crucial in the upcoming fight again the commandments. Meanwhile, Zeldris faces Merlin and her team singlehandedly and is proving to be too powerful for them. Back in purgatory, Ban and Meliodas has found Hawk’s brother and intends to return with him to the real world after confronting the demon lord. More details on the next episode’s post: Seven Deadly Sins Season 4 Episode 3

Dr. Stone season 2 has officially started the stone wars. Senku has finally outsmarted Tsukasa’s spy that has been watching over them all this time. The plans he has come up with was a success, as they have managed to deliver a communication device over to their allies in Tsukasa’s kingdom. More details on the full post: Dr. Stone Season 2 Episode 3

Emma and Ray have successfully led the children on the outside world to safety. When the strange demons rescued them, they followed a map that led them to an underground facility. It has now become their hideout and has everything they will need to survive. The place seems to have been an old farm where children were raised, but Willian Minerva has left it all to them. Now he has personally contacted them with a message. Full details on the anime post: The Promised Neverland Season 2 Episode 4

Rimuru tries to forge diplomatic relationships with the nearby kingdom of Eurazania led by the demon king Carrion. Af first, a fight broke out when the delegates from Eurazania arrived, but this turned out to test their strength. Having demonstrated such strength, the two kingdoms joined forces as Rimuru grew and made his kingdom stable. More updates on the full post: That Time I Got Reincarnated as a Slime Season 2 Episode 3

Subaru seems to have completed the first step of his plans. This time he plans to save both the Sanctuary and the mansion. Things went his way so far as he successfully managed to convince Garfiel to allow people from the Sanctuary to interact with the outside world. More details on the anime: Re Zero Season 2 Episode 42

Cells at work continue with a new episode this week that sees the body of a careless human tries all it can to survive. Each new episode seems to be centered around a certain story that the body’s cells go through. More updates on the anime next episode: Cells at Work Code Black Episode 6

I’m a Spider So What? Episode 4

A new episode of I’m a Spider So What? will be out this week; the anime has finally focused on events outside the dungeon. It appears that people are preparing themselves and training outside, but all of a sudden, an earth dragon attacked. More details about the release of the next episode: I’m a Spider So What? Episode 4

The new week comes with a new episode for Botton Character Tomozaki anime. This anime made its debut a few weeks ago, and as it seemed like it will focus on video games, things could not be more surprising. More details about the release of the next episode on the full post: Bottom-tier Character Tomozaki Episode 4 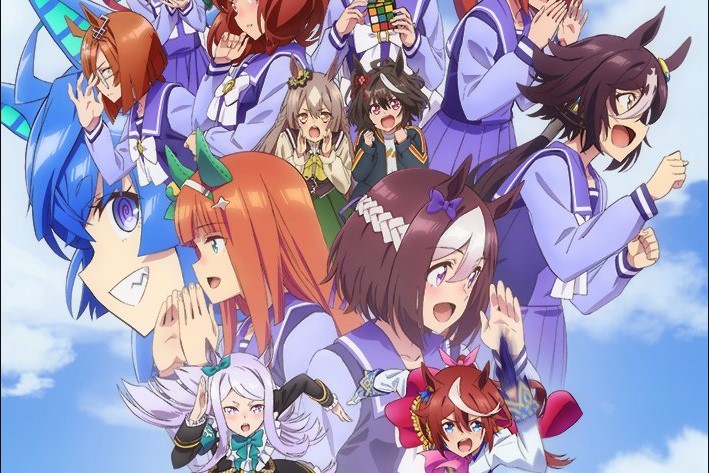 There is a lot of ongoing anime for the Winter 2021 season, and they release new episodes almost every week. Let’s take a look at other anime coming with a new episode this week.