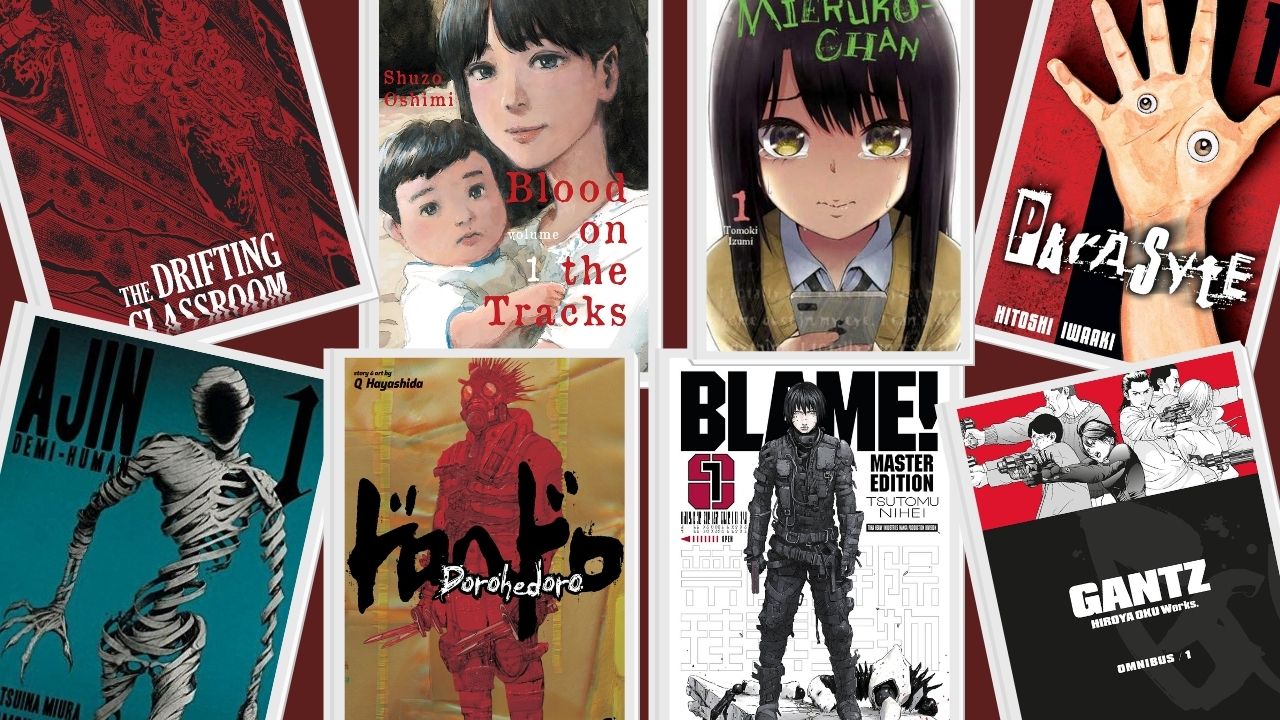 The manga world is like an ocean of quality content, where you will find something for everyone. In case you are craving for heart-throbbing cliffhangers and thrilling tales of suspense and mystery, you won’t find that much in most shonen manga. However, don’t be disheartened by that. We have an entire genre dedicated to thrillers, and some of them have left perennial marks in the pages of anime history. Here, we bring you the list of the 10 best mystery thriller manga.

According to me, mystery thrillers are the best thing to binge-watch. No matter how sleepy or tired you are, nothing can stop you from clicking on the “next episode” options. The fact that people expect so much from a mystery thriller results in only a few of them living up to everyone’s expectations. These are a few of the best mystery thriller manga of all time and are worth giving a shot.

You know it’s almost impossible to make a mystery thriller list without the name “Sherlock” involved in it. As you can guess from the name, the series portrays the ‘cat and mouse’ game between Sherlock Holmes and Jim Moriarty from Moriarty’s perspective. We all must have been tired of watching Moriarty as a big bad merciless villain. However, this series depicts him as a handsome gentleman fighting against the wretched society for a noble cause. 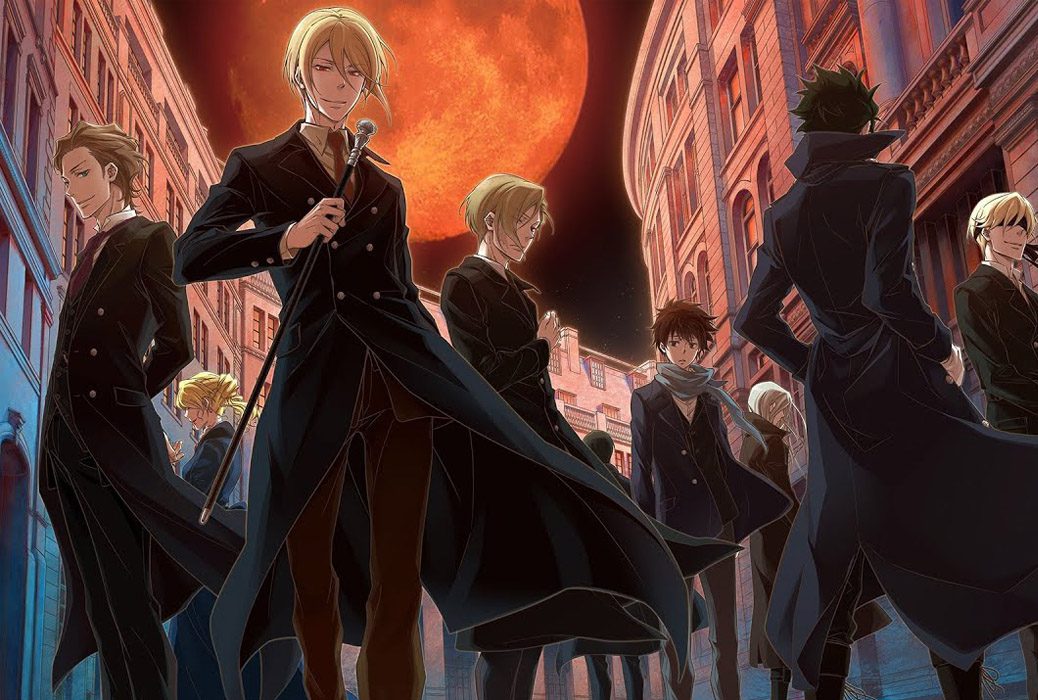 Moriarty is often seen targetting rich officials who have been consuming and exploiting the poor for years. Although you may feel those extravagant geysers deserve to die, Sherlock Holmes can’t just let a vigilante act on his own in the streets of London. With his partner Dr. Watson, the greatest detective of all time investigates one after another case that brings him closer to Moriarty.

How to make a mystery thriller more intriguing? Just add time traveling in it, and introduce a villain who is almost impossible to outwit. Yes, I am talking about Erased, the tale of Twenty-nine-year-old Satoru Fujinuma, whose life turns upside down when he discovers his ability to travel back in time. He goes through one after another tragedy, and soon he loses all his reasons to live. Thanks to his ‘revival’ ability, he travels 18 years into his past to fix all his mistakes and somehow avoid the tragedy. 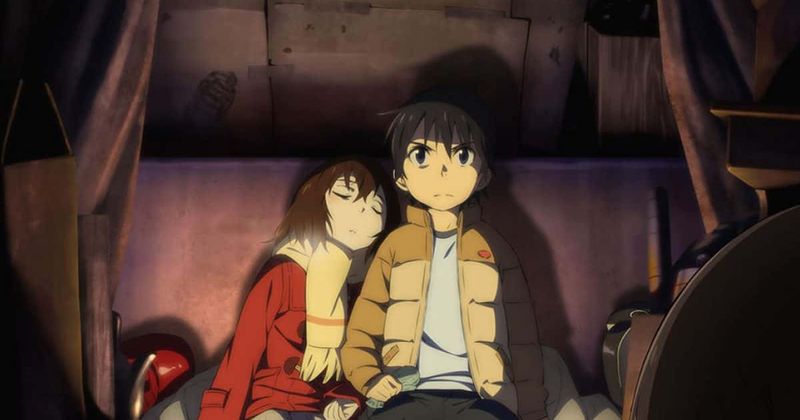 The story also has a romantic turn of events when infant Satoru falls in love with a girl named Kayo Hinazuki. To his despair, this girl was kidnapped and murdered when he was a child. Now that Satoru is reliving his childhood days, he tries his best save the love of his life. More importantly, the fateful kidnapping is somehow entangled with the faceless evil he is after. No doubt, the series deserves to be on the list of best mystery thriller manga.

Ajin: Demi-Human follows the story of a mysterious entity that shouldn’t belong to this world. The series starts with the tragic traffic accident of a high schooler, Kei Nagai. His story should have ended with a sad headline in the newspaper, at least, that’s what everyone thought. However, he somehow comes back to life. This revival is more like a curse than a blessing since he has turned into a Demi-Human, a creature who can’t die. 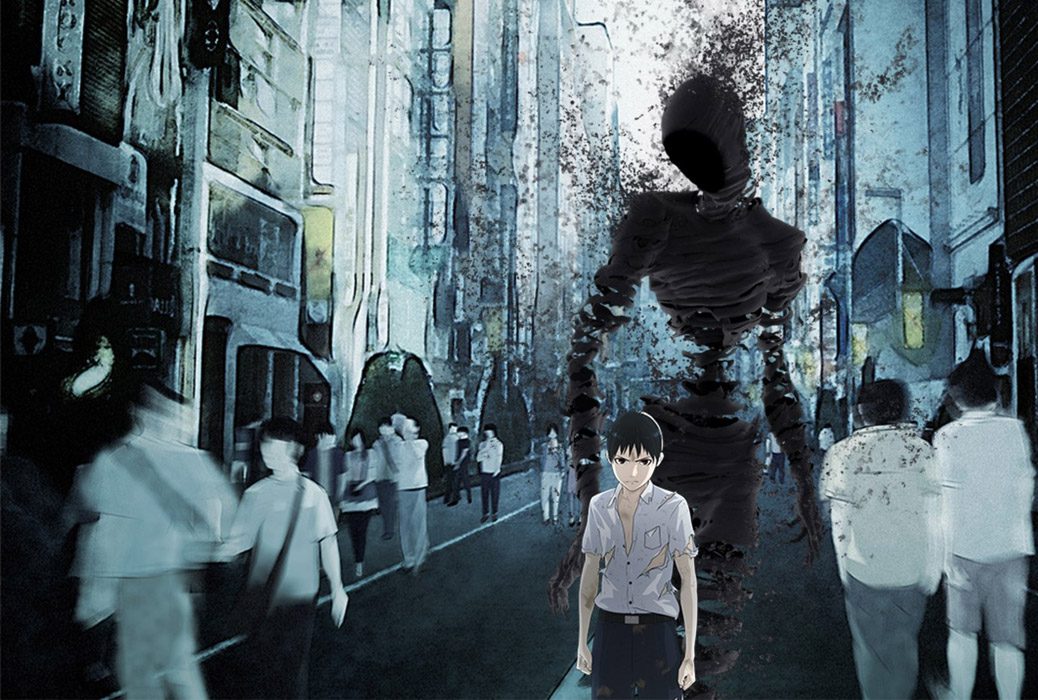 I was completely hooked after the first few chapters as I don’t come across such a unique concept very often. The series gets even more intense when Kei realizes that he isn’t the only Demi-Human in this world. So, Kei seeks help from his friend, Kai, and runs away from the civilization only to bump into a gang of hostile Demi-Humans. Can Kei give up on living like a human? You must try reading the manga to find that out.

The Promised Neverland is one of the best mystery thriller manga that has emerged in the past decade. It takes us to a world where humans are being raised like cattle on the farms for a population of blood-thirsty demons. The Grace Field Orphanage is known for supplying the best quality of human meat. Totally ignorant about the outside world, the three protagonists of the series, Ray, Norman, and Emma, are living a happy life and playing around with their friends. 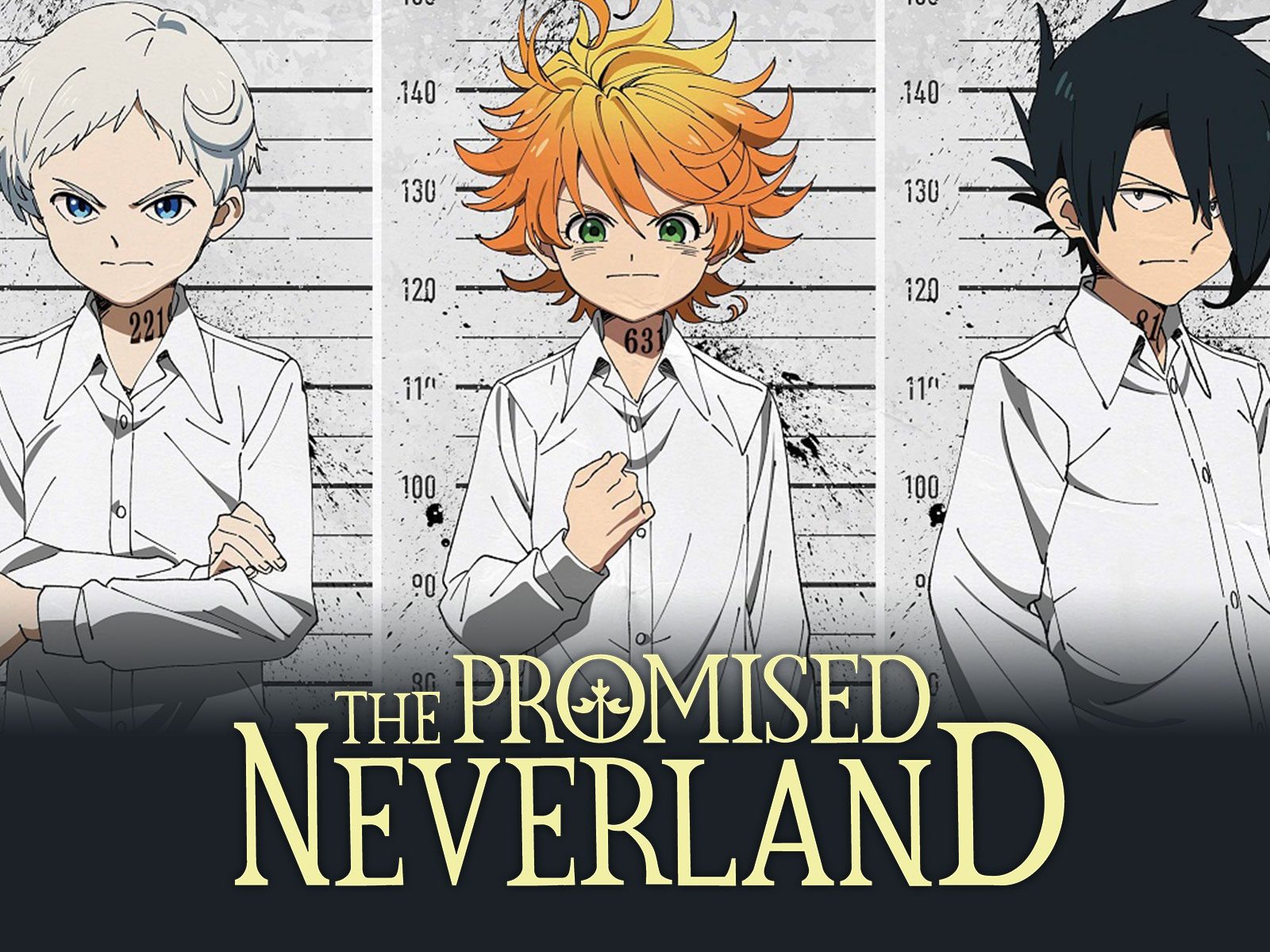 Little do they know about the horrible fate that awaits them. Well, we are talking about the smartest children of the orphanage. They gradually uncover the darkest secrets hiding behind the shadows of the orphanage. Anyways, knowing the truth doesn’t make it easier for them to cheat death. A lot of fans are dissatisfied with the way the Promised Neverland anime ended. I would suggest reading the manga once, I bet you won’t regret it.

Like any other teenager, Alice Ryouhei is concerned about her future after leaving high school. On one such anxious night, she was out with her tough friend, Karube, and his girl-crazy friend, Karube. After being blinded by a huge explosion, they wake up in a new world called “borderland.” It’s a world where people are forced to participate in a deadly and inhuman game or simply get killed. Yes, it’s much like Squid Games, with no choice given to forfeit. So, are you ready to explore the worst way of getting isekaid? 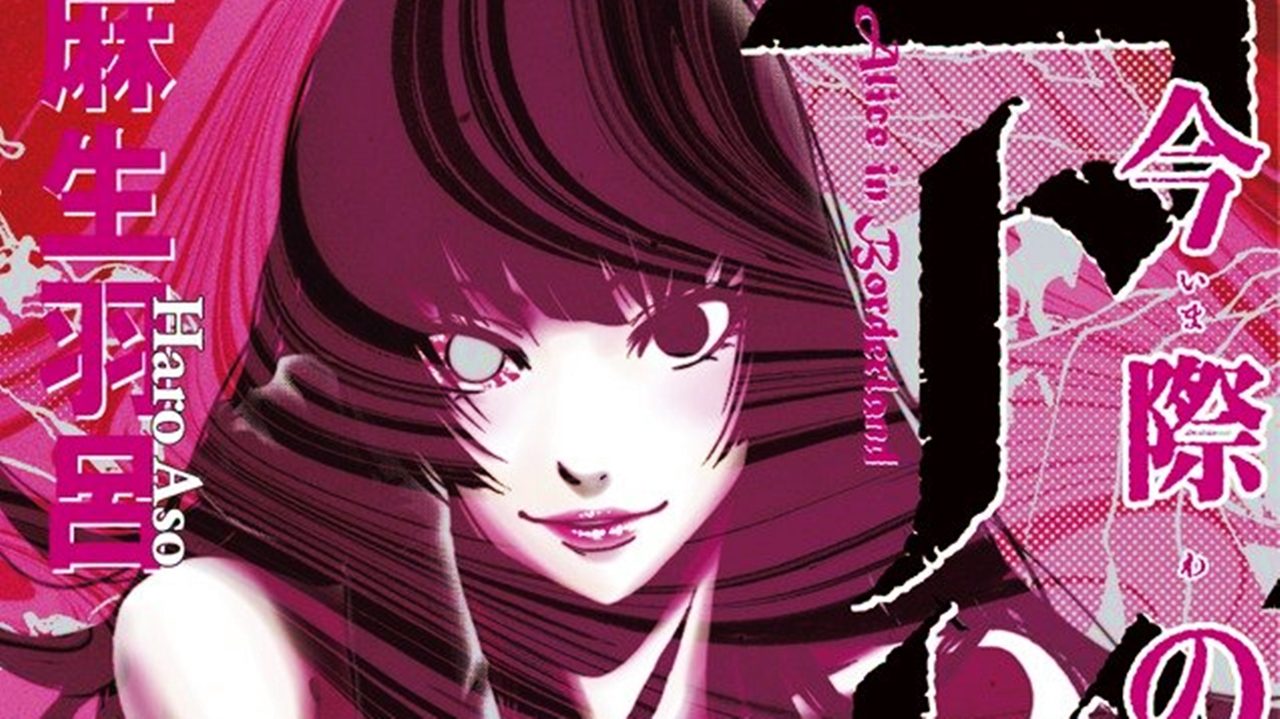 Since the article is about manga only, I would like to include a personal favorite that has not been adapted into any other form. For the Kid I Saw in My Dreams is a series by the creator of Erased that follows Senri Nakajou, a boy who loved his twin brother more than anything. He protected him from their father’s abuse and all the other tragedies. However, the sky fell upon him when he witnessed his family being brutally murdered right before his eyes. 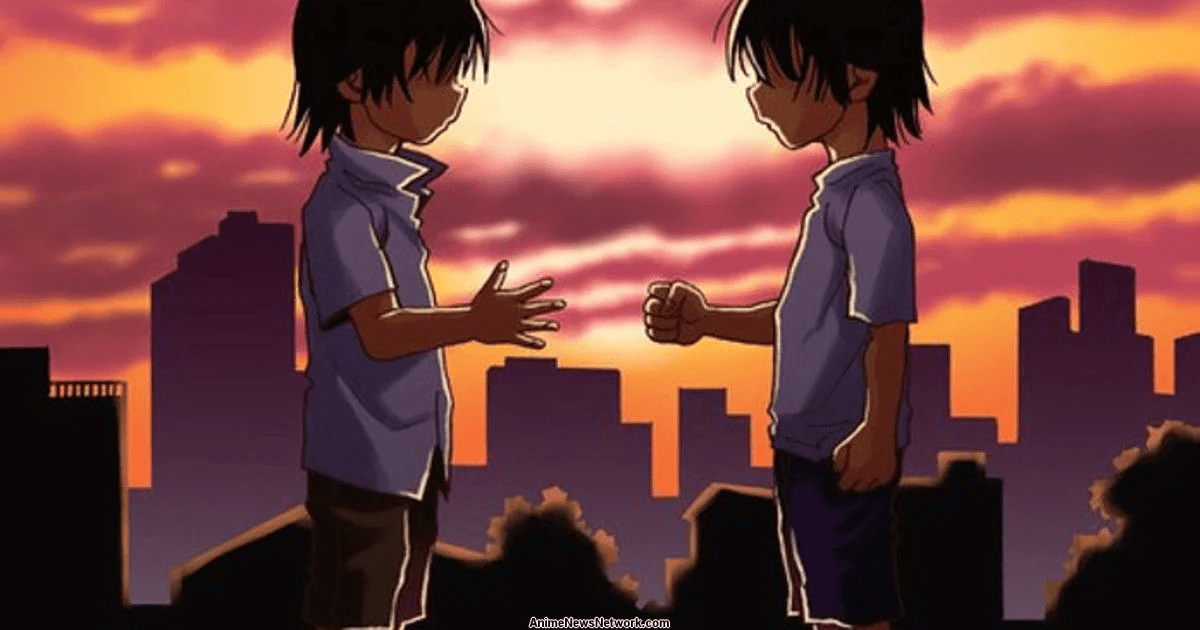 For the Kid I saw in My Dream

Those who know Sasuke Uchiha’s story understand exactly what such a horrible event can do to a child. Senri couldn’t care less about his abusive parents, but his brother was all he had. Burning by the flames of vengeance, he desperately searches for the killer. Filled with innumerable twists and turns, Senri finds himself entangled in a mystery far more complicated than what he imagined.

Another one of my personal favorites, Billy Bat, an underrated piece of art, surely deserves in the list of best mystery thriller manga. What if a comic book character turns out to be real? Exploring this possibility, Billy Bat manga is set in 1949, following the messed-up life of a Japanese comic artist, Kevin Yamagata. He is known for his detective series, “Billy Bat,” for “Marble Comics.” 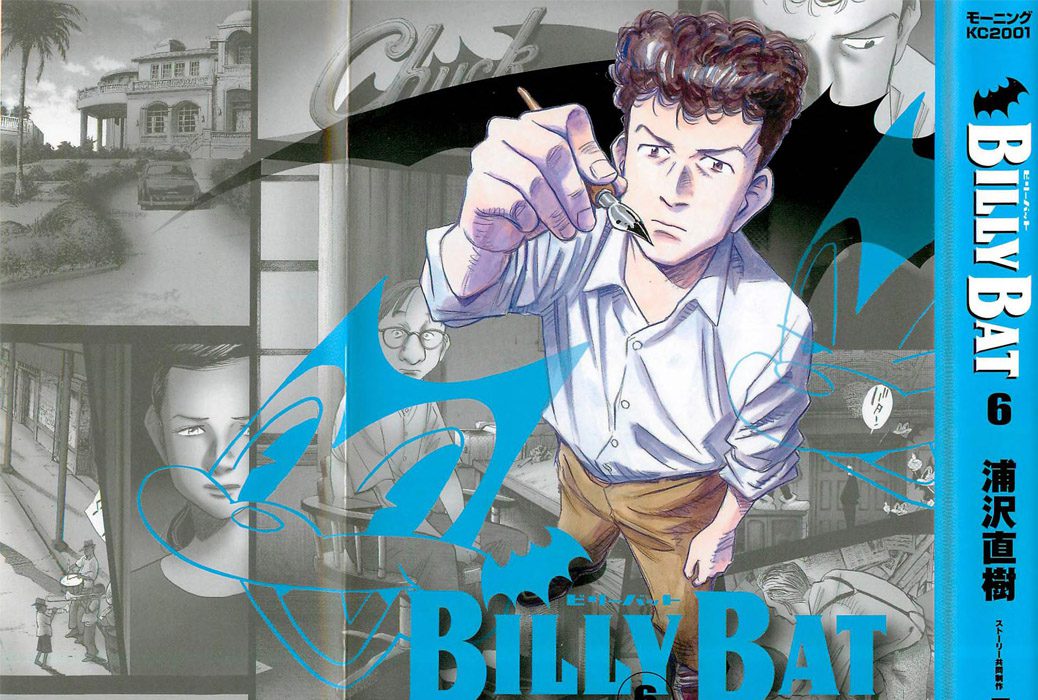 One day, Kevin figures out that he may have unconsciously copied the character from an image he saw in Japan. So, he travels to Japan to seek permission to use Billy Bat from the original creator. He gets involved in a treacherous web of murders and prophecies that lead back to the history of Billy Bat. It’s clearly not just a comic character, but far more than that.

Tragic deaths, graphic scenes, and spine-chilling eerieness, Another has all the Horror elements that you can think of. I warn you beforehand that this series isn’t for the soft-hearted audience. It revolves around a less-talked-about curse that has been existing for 26 years. Everything started with the death of a charming high schooler named Masaki. Strangely, all her classmates pretended as if she was alive till their graduation. 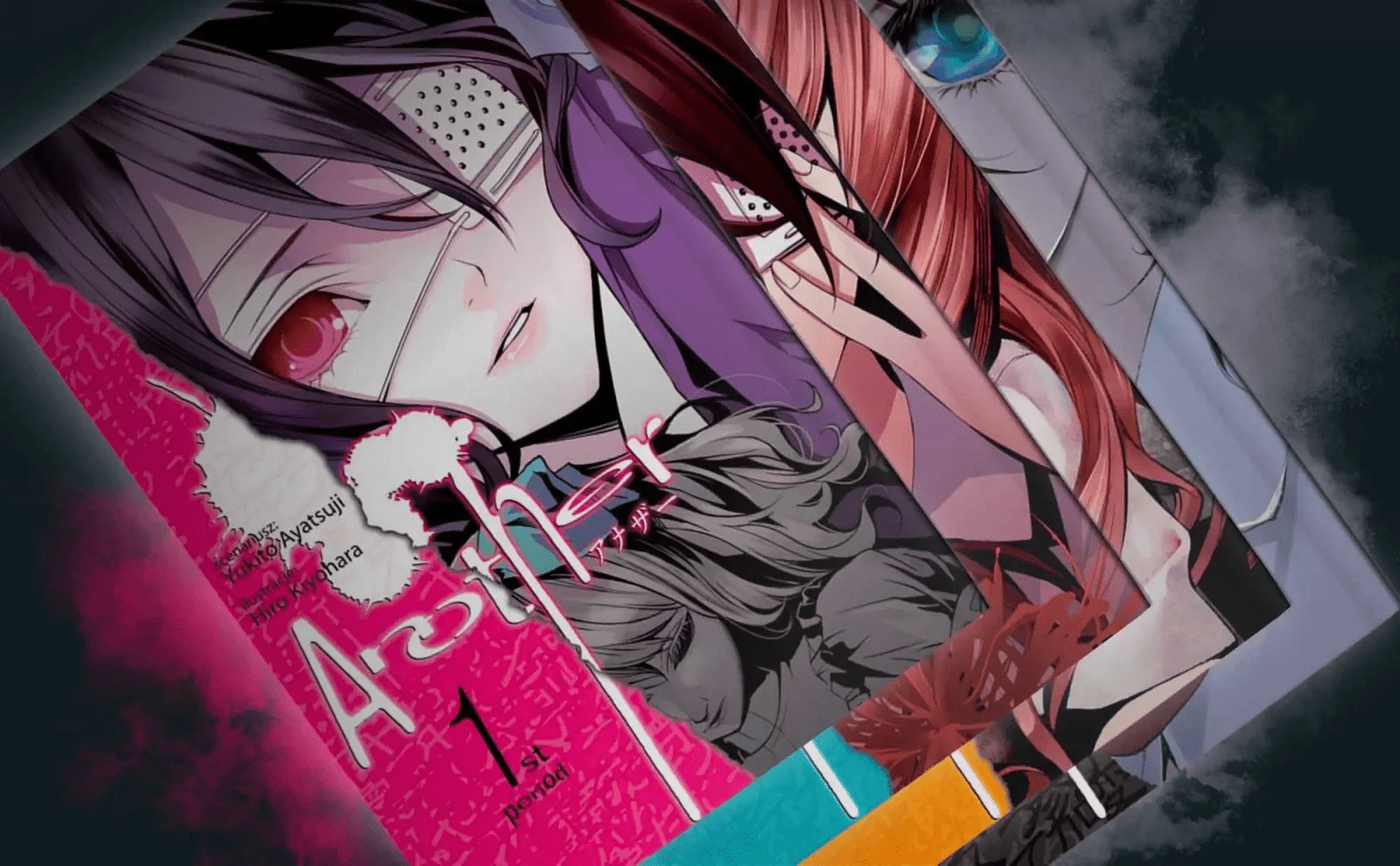 Coming back to the present, the protagonist, Kouichi Sakakibara, is new to the classroom. He gradually feels suspicious of the fearful atmosphere in that classroom. He bumps into a strange yet beautiful girl with an eye patch, Misaki Mei, who loves drawing pictures alone.

It’s safe to say that Death Note is one of the most popular anime (or manga) series of all time. Like many of you, I stepped into the world of otakus with Death Note as my first series. In my years of reading manga, I have never come across something like this. Light Yagami, the protagonist of the story, is a brilliant student who is bored of his daily life of competing against inconsequential humans. He comes across a magical diary that allows the wielder to kill anyone simply by writing their name on it.

After testing the diary on a petty criminal, he instantly figured out what to do next. He dreamt of playing god and abolishing the existence of all criminals. He sacrifices his soul for the greater good and keeps killing people under the alias namer of Kira. Now you may think it’s impossible to catch a killer killing from his study table. But not so much for the smartest detective of Japan, L. No one knows anything about L’s past or his real name, making him the perfect rival for Light.

According to many critiques, this classic manga from the early 2000s is the best mystery thriller of all time. As we know, uncertainty is the most certain thing about life. Yet, brilliant surgeon Kenzo Tenma’s life story stands out from anyone else and will make you question the concepts of good and evil. Little did he know that his noble decision of saving someone’s life without prioritizing his professional career will give birth to the deadliest ‘Monster.’ 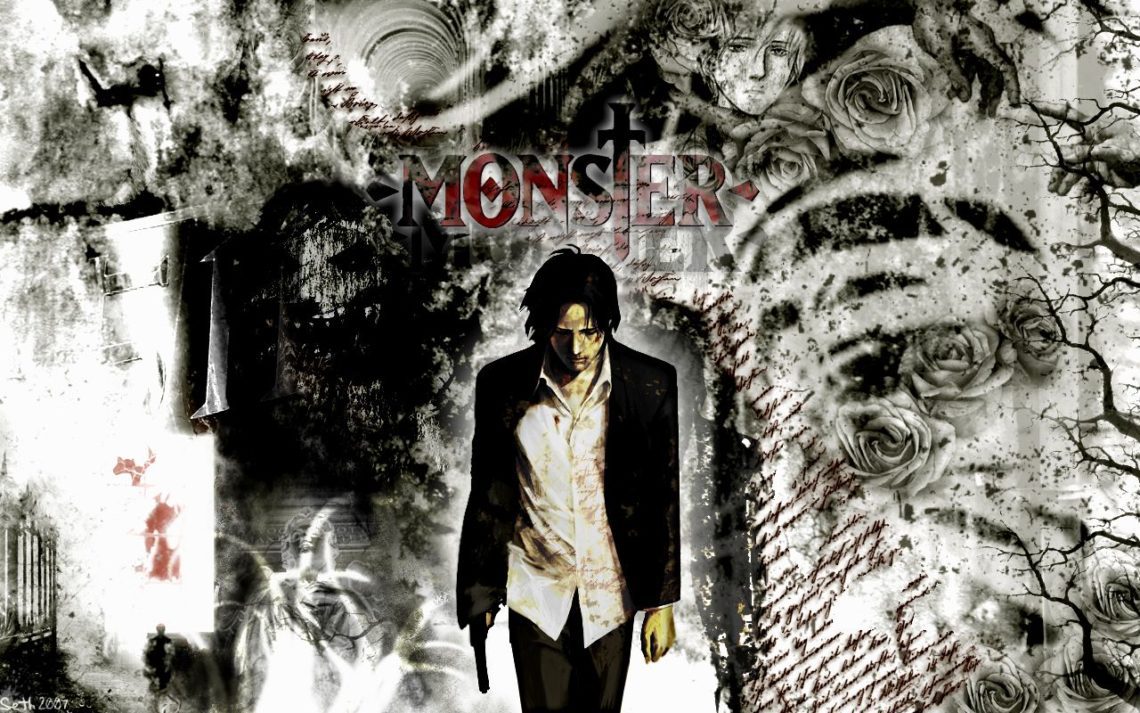 Years later, Doctor Tenma comes across a serial killing of middle-aged childless couples. It doesn’t take Tenma long to identify the person behind these horrific deeds. He takes it upon himself to compensate for the mistake that has led to this brutal massacre.