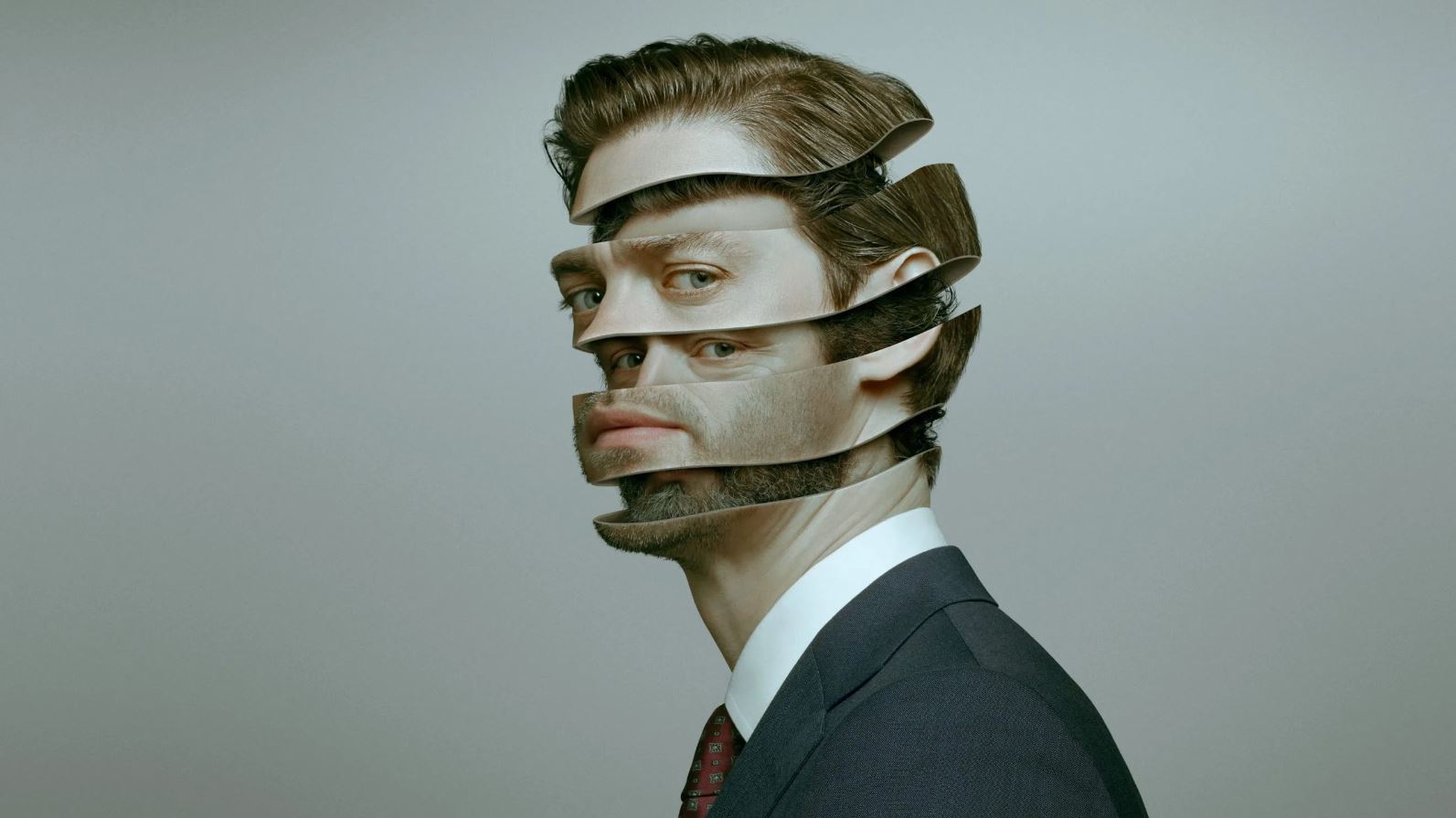 Prodigal Son is back and has returned with such a breath of fresh air that has left us asking for more. Prodigal Son Season 1 left us with some unanswered questions, and while it does answer them, the show has still maintained the fun, thrill, and characters we love and adore. As far as things go, it seems this season has come to deliver. Starting up with a cold open, Malcolm Bright returns to his antics from the very start as he stands at a ledge to greet the Penthouse Slasher. The show keeps up with its adherence to reality as it keeps up with the current situations but sidesteps to keep up with the story. Much the reality, the show’s universe has to have dealt with COVID. After season 1, the show has had a time skip and is set in its aftermath.

Malcolm, too, has found his life in disarray after witnessing his sister’s shocking actions, which he had to take care of. Now suffering from PTSD, he is a person who stops killers, has now helped them, and is burdened by the weight of it. He feels that his dad’s mind is taking over him, which is evident by his wavering thoughts to leave the killer to die. He is left in a conundrum as he feels helping a killer only leads to more people getting hurt, but the truth is, he himself had covered up a murder. Now seeming more like a maniac than usual, Malcolm still holds on to his charm as he casually speaks up to a murderer giving us a monologue to the events of last season. 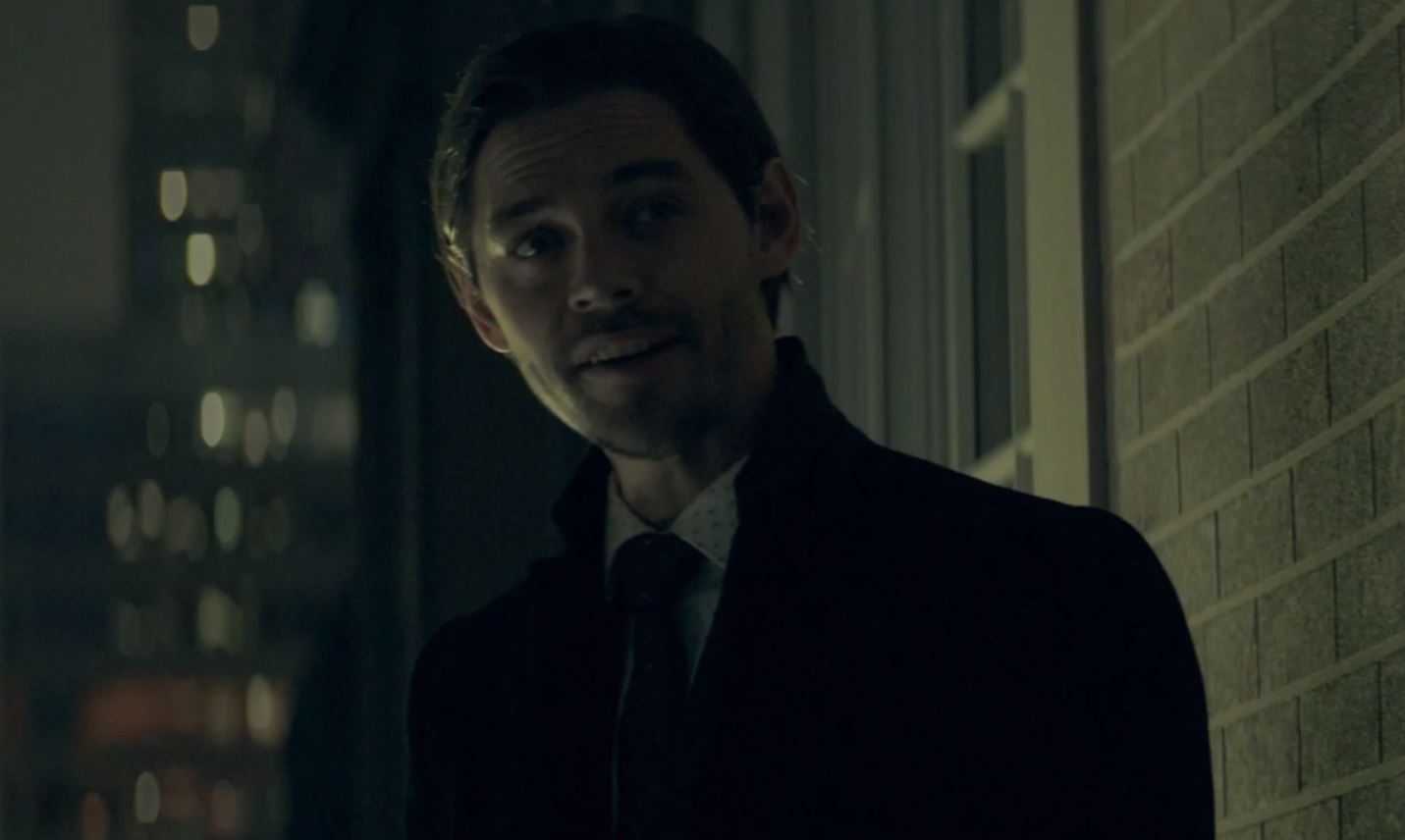 Malcolm meets up with Chester, the Penthouse Slasher.

This episode of Prodigal Son titled “It’s All in the Execution” kick-started with Malcolm’s recklessness and utter chaos as he flies off the handle with a plan which goes awry. Dani being sensible, assesses the situation and tries keeping Malcolm in line.  JT goes along with Malcolm’s plan and wonders how he got there. At the same time, Edrissa is one to ramble on, giving a hint of her light bondage phase. Malcolm’s dad, Martin, seems to be doing well as he is being transferred back to Claremont after he single-handedly stopped the spread of COVID within the cells. And it seems before the season heads ahead, everything is back to normal. Talking of normality, Ainsley seems to be just fine after what she did. During all this, Gil and Jessica seem to have gotten quite cozy with one another.

The case for this episode is the murder of a woman by the name Millicent Lee. She was the widow of an old tycoon back in Texas. After whose death, she came to New York with her carpenter boyfriend, Boyd Hicks, to spend the fortune. Boyd Hicks is looked at as the first suspect but is soon ruled out due to the murderer’s profiling. The murder was committed using a precision-cut to the neck, which was a sign of someone seeking justice. It was an execution in which no detail was overlooked and committed with a single strike. Malcolm concludes that the culprit used a Guillotine, which is later backed up by a piece of aged wood splinter found by Edrissa. Knowing that the last Guillotine was auctioned off, they need to find the buyer. 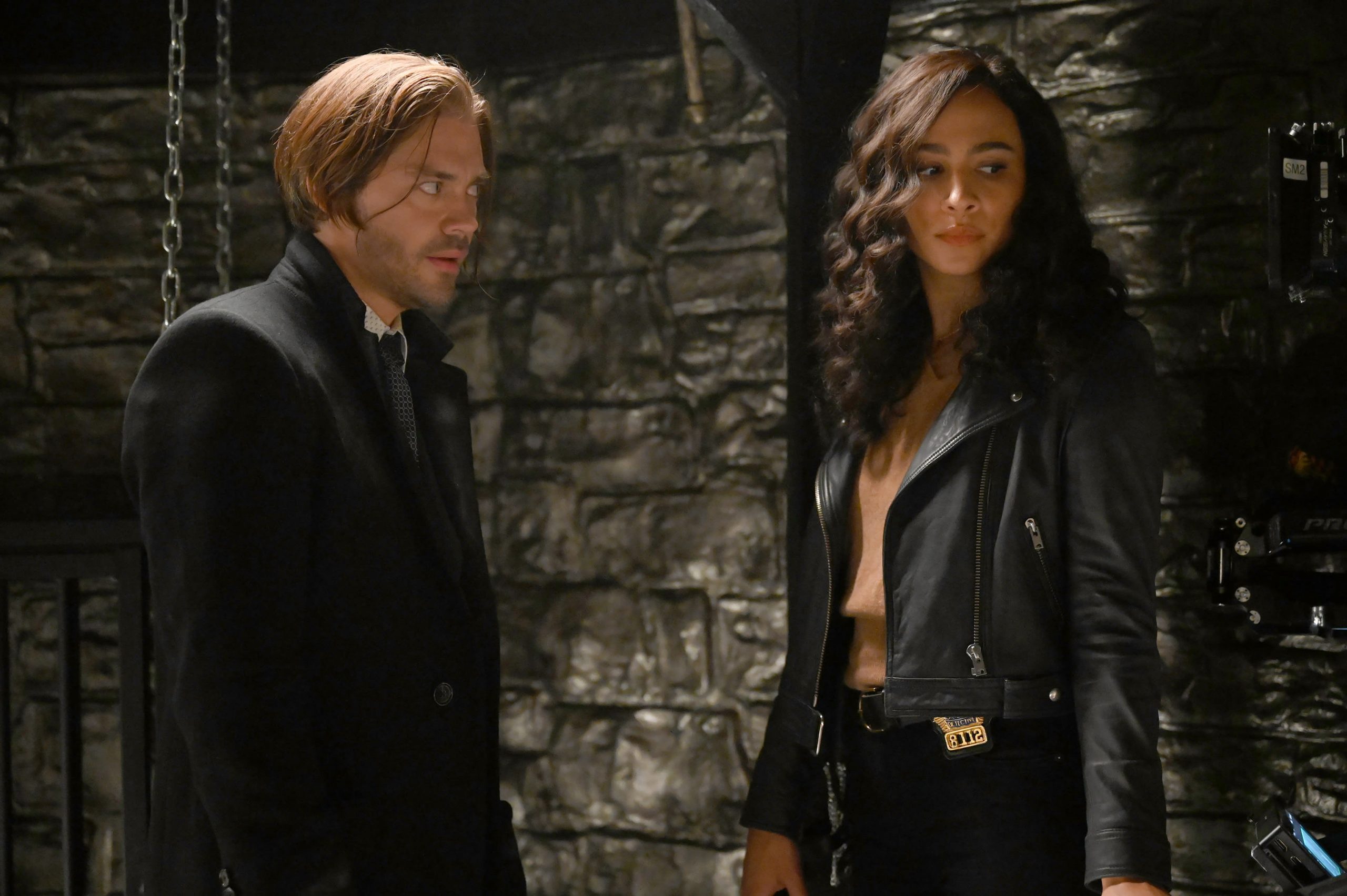 After obtaining the information from Martin, Malcolm and Dani go to Izzy’s, the winner of the auction. They find the guillotine, and also the murder definitely took place there, but Izzy wasn’t the culprit. Moments later, they hear sounds down from Izzy’s sex dungeon only to find Boyd Hicks chained up to be the next victim. On questioning him, they find out that Boyd did kill Millie’s husband, and Natalie Vasquez used to live in Texas. She was the brother of the guy framed for Millie’s husband’s murder and only had an intention to bring the real culprit forward. So, now knowing that the culprit only wants to deliver justice, they announce to drive out the real killer. The real killer was, in fact, the executioner, and after a duel with a scimitar wielding Malcolm, is soon put under arrest.

We get some flashback of the season 1 finale. As Ainsley goes crazy slicing off Endicott’s throat, she can’t believe what she did. And is led to believe by Malcolm that he committed the crime. Covering up for his sister’s murder, Malcolm has PTSD as he takes pills to control it. On occasions, we even see him turning into a maniac as we see him grin at a knife and glass’ reflection. Even his actions have started to affect the ones around him. This is seen first when Malcolm considers letting the penthouse fall. Later, it is seen when Malcolm assumes the role of a killer while questioning Boyd. We do love ourselves a crazy Malcolm, but this was leaps and bounds more than what he had ever done. Later while confronting the executioner, even he thinks of him as a killer. 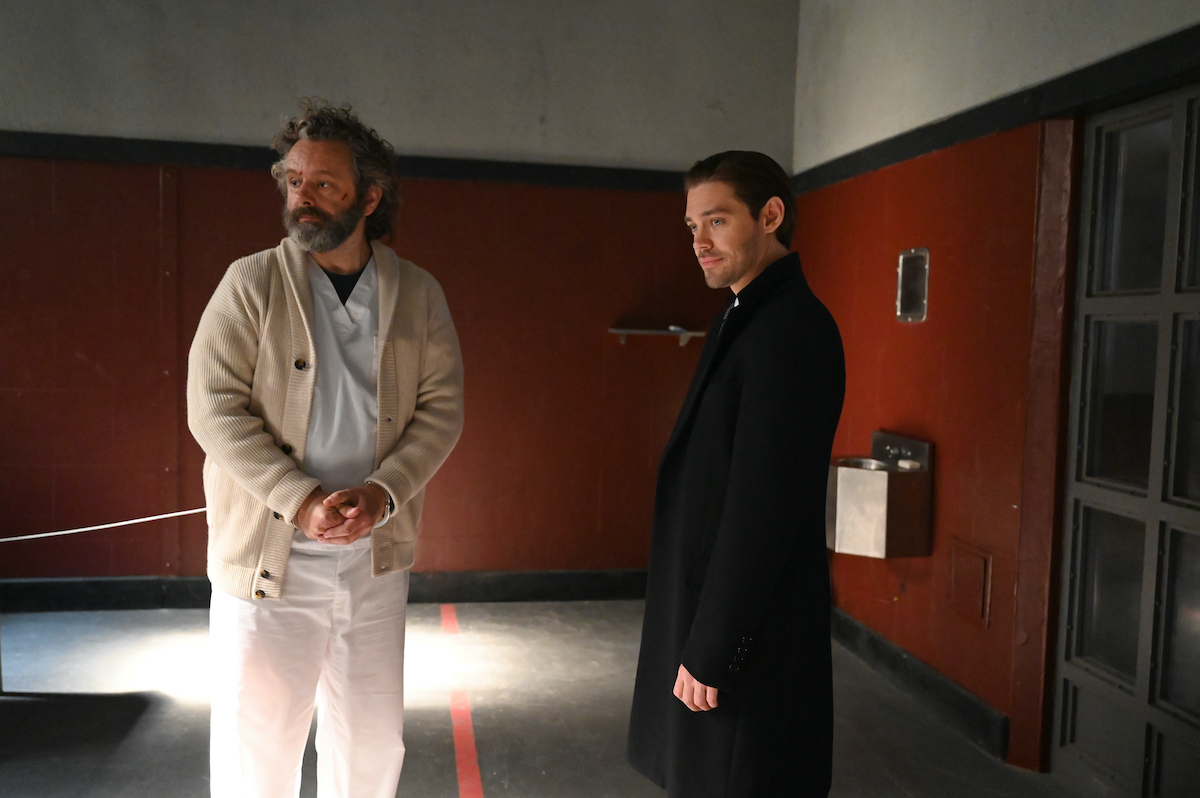 Martin and Malcolm having a conversation regarding the guillotine.

When Malcolm went to get info on the Guillotine, Martin sees it as a way to commiserate the night both of them hid Endicott’s body. Martin found out that the body had been apparently found out in Estonia. Trying to move away from the talk, Malcolm questions the guillotine. As he gets the information, Martin’s roommate Jerry hits Malcolm with a shoe causing him to leave. To move Jerry away, Martin plans to heal Jerry by electrocuting him, thus getting him back normal.

When Martin finally meets Malcolm again, we see that Martin understands Malcolm’s mental state. He first assures him and calms him down by stating that Malcolm had saved his sister’s life. He shouldn’t torture himself for deciding as, without him, Ainsley would have been caught by now. Martin asks him to come up close and thanks to him for saving his daughter. As the two are about to part ways, Martin again starts to play with his head. Martin feels that the reason Malcolm was hurting inside was not that he felt guilty. But in fact, as he was walking down the streets, he now knows what he is capable of. And he didn’t feel bad at all getting away with murder. This opens up a new dynamic within the show as Malcolm was slowly becoming just like his father. 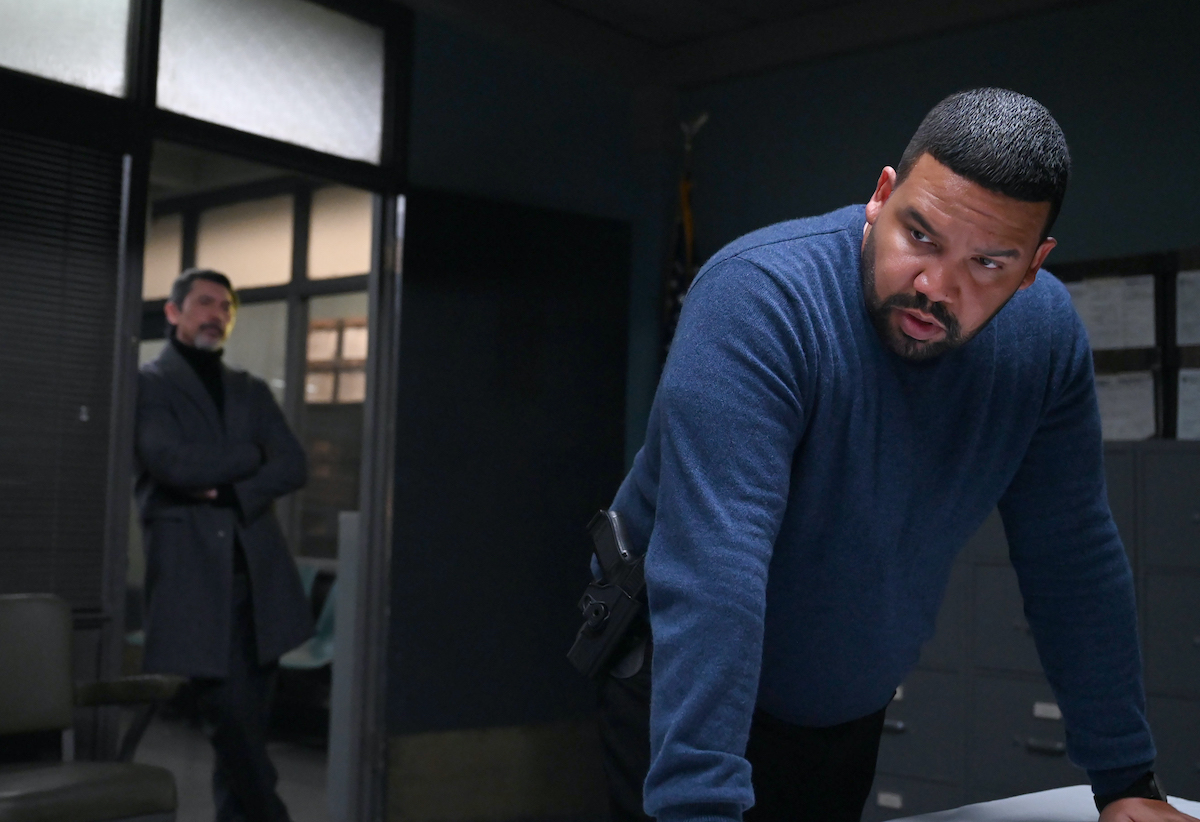 JT back at Major Crimes after being racially profiled.

As much as Prodigal Son succeeded in building up Malcolm to be becoming just like his father. The case at hand was also intriguing; the episode failed to deliver at the end. At the end of the episode, we see JT being confronted by a few racist cops who are not ready to listen to him. Out of which, one of them tries to strangle him, but JT pushes him away. The cops point their guns at him while he is only left to say that he is not a threat. This scene could be gut-wrenching but makes absolutely no sense.

JT was a veteran detective known throughout Major Crimes, who even used to give TV interviews. If that wasn’t enough to recognize him, the scene in itself was nowhere close to the message. It is understandable that after the events of 2020, Prodigal Son, a show involving law enforcement, will want to depict police brutality; the scene was weak. The scene only involved one of the cops calling JT “boy,” while none of them fired a bullet when JT pushed an officer down. This is far from the message, making it look bleak, unplanned, and forced upon.

Other than this, the episode did succeed in giving the audience something to look out for. The developments and dynamic Malcolm will have with the ones around him is intriguing. We can already see Dani recognizes this change and might soon be followed up by the other characters. Overall, the story did make some development but fell behind due to its relentless efforts to showcase current affairs.

You can watch all episodes by Prodigal Son on Fox and Amazon Prime Video.