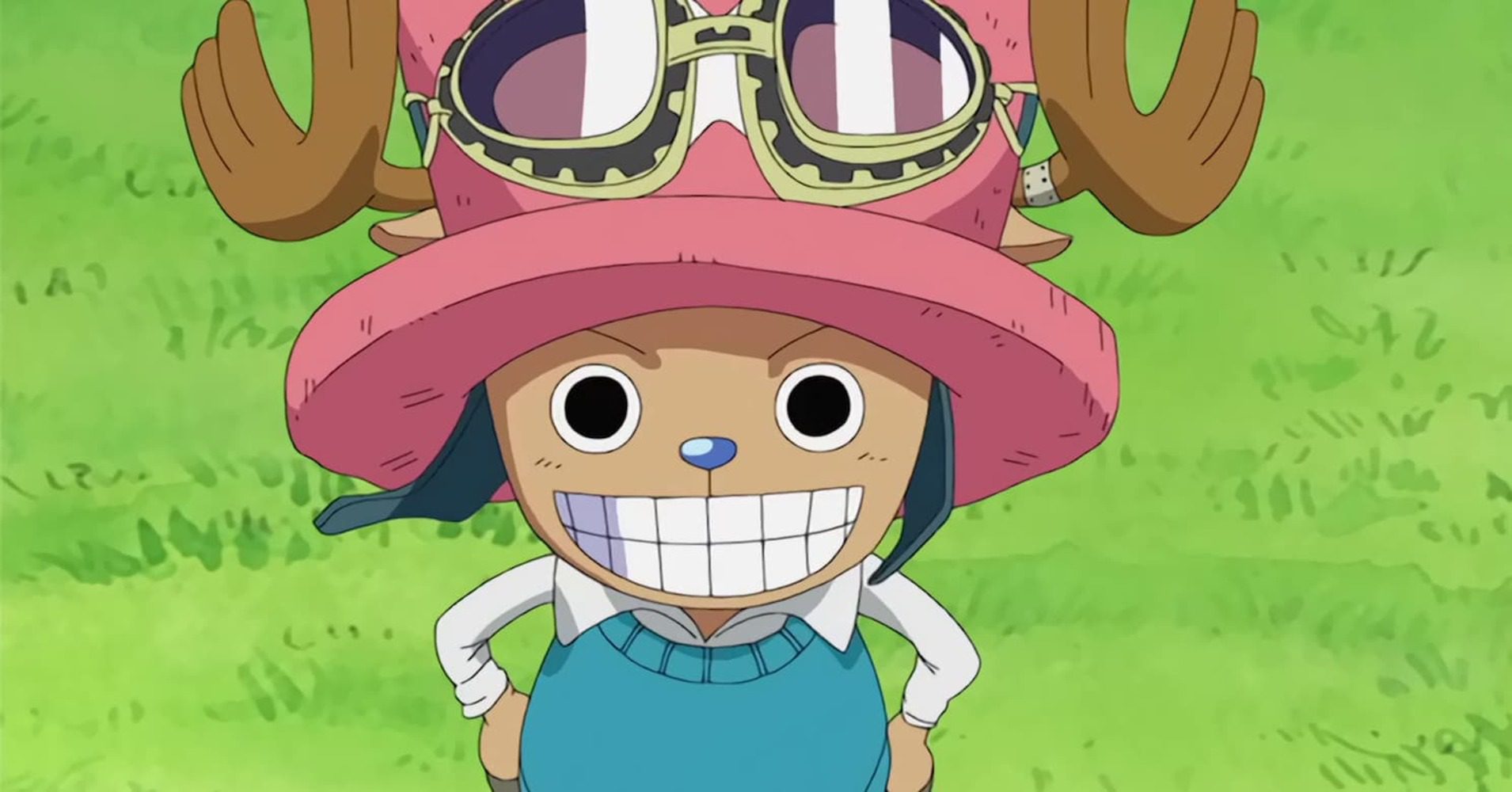 As the fifth member of the Straw Hat Pirates and their doctor, Tony Tony Chopper is a fictional character in the manga series One Piece by Eiichiro Oda. Chopper appears on official merchandise as the series’ mascot. In addition to transforming into a full-sized reindeer or a reindeer-human hybrid with the Zoan Fruit, he can also perform faster transformations when he takes the Rumble Ball, a self-developed drug.

Because he had a blue nose and ate Devil Fruit, Chopper was rejected by his herd. Doctor Hiriluk rescues him on Drum Island. Chopper falls heartbroken when Hiriluk suffers from a deadly disease while developing a potion to create cherry blossoms when in contact with the snow.

An anime television series produced by Toei Animation, One Piece premiered on Fuji TV in October 1999. As a result of eating a Devil Fruit unintentionally, Monkey D. Luffy gains rubber properties. To become the next Pirate King, Luffy explores the Grand Line with his crew, known as the Straw Hat Pirates. They are searching for the world’s ultimate treasure known as “One Piece.” 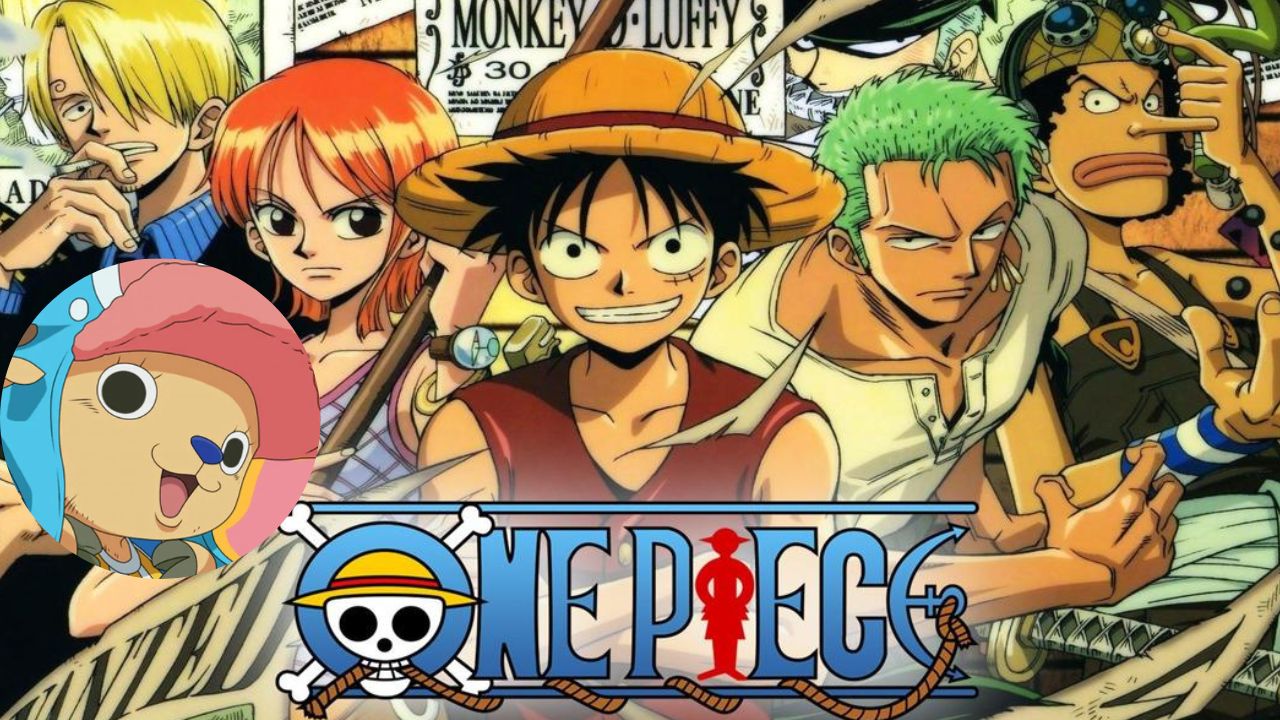 What Episode is Chopper Introduced?

Chopper introduces in episode 81, As one of the Nine Senior Officers of the Straw Hat Grand Fleet, Tony Tony Chopper is also known as Cotton Candy Lover Chopper. He is the sixth member of the crew and the fifth to join following the Drum Island Arc.

As a reindeer who ate the Hito Hito no Mi, a Devil Fruit that allows its users to become human hybrids or humans at will, Chopper briefly joined the Foxy Pirates during the Long Ring Long Land Arc but returned to Luffy’s crew very soon after. 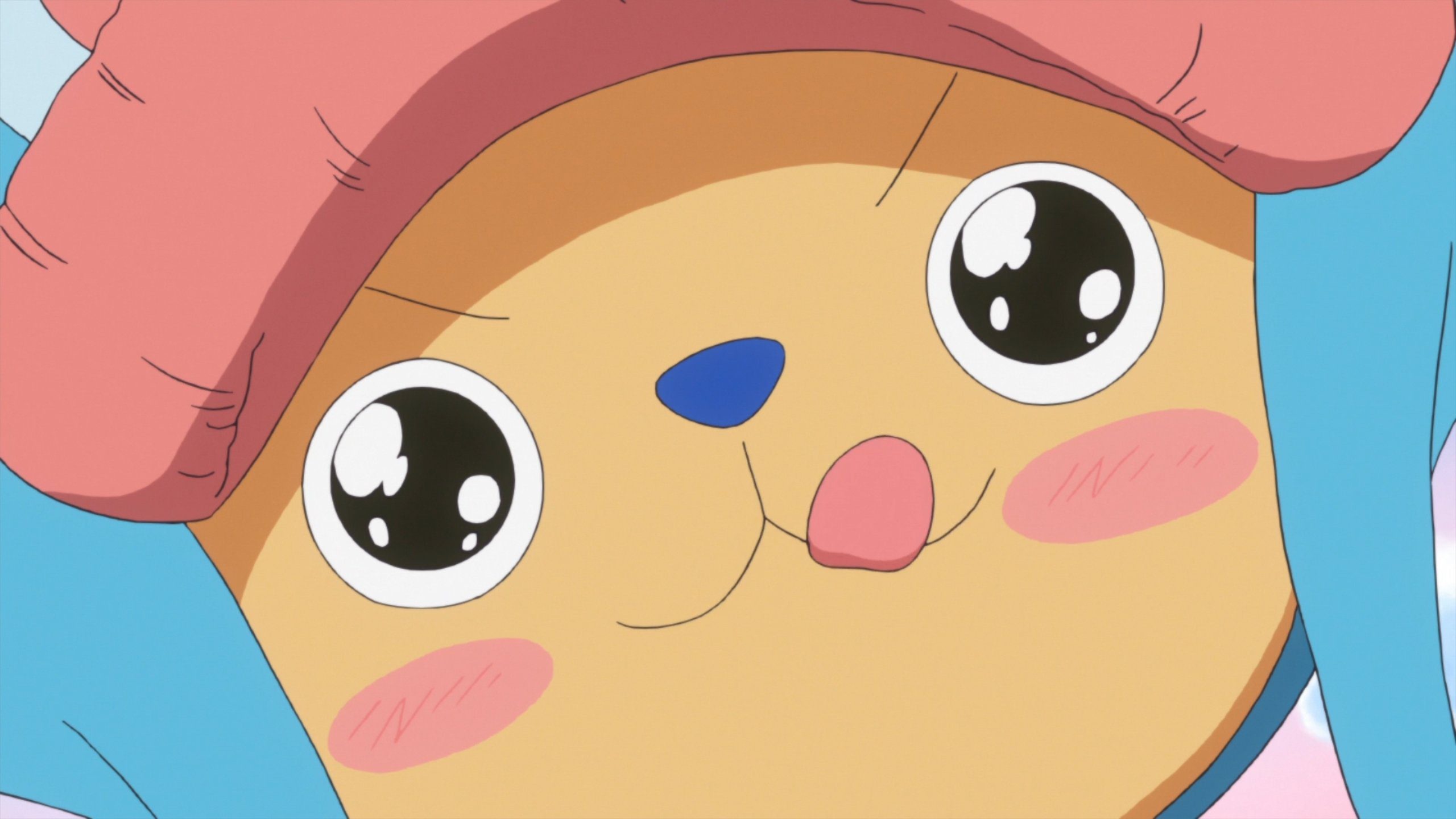 Chopper From One Piece

As a child, he was raised by two parents, Doctors Hiriluk and Kureha, who taught him how to be a doctor. Eventually, he hopes to become a doctor who can cure any disease, and he wishes to travel around the world to accomplish this goal. After the incident at Enies Lobby, he received his first bounty of 50 after he was mistaken for the crew’s pet. Following the Raid on Onigashima, it is currently worth 1,000, having risen to 100 following the Dressrosa Arc.

What is the Name of Chopper Devil Fruit?

Also known is that Blackbeard attacked Drum Island shortly before Luffy and the Straw Hats arrived, overthrowing Wapol and creating chaos. Readers have been left to speculate as to what exactly Blackbeard was looking for on Drum Island, as he famously seeks out only the strongest Devil Fruits. The probability that he was looking for Chopper’s Hito Hito no Mi is not beyond the realm of possibility, as it might contain more powers than originally revealed, just as Luffy’s Devil Fruit did. 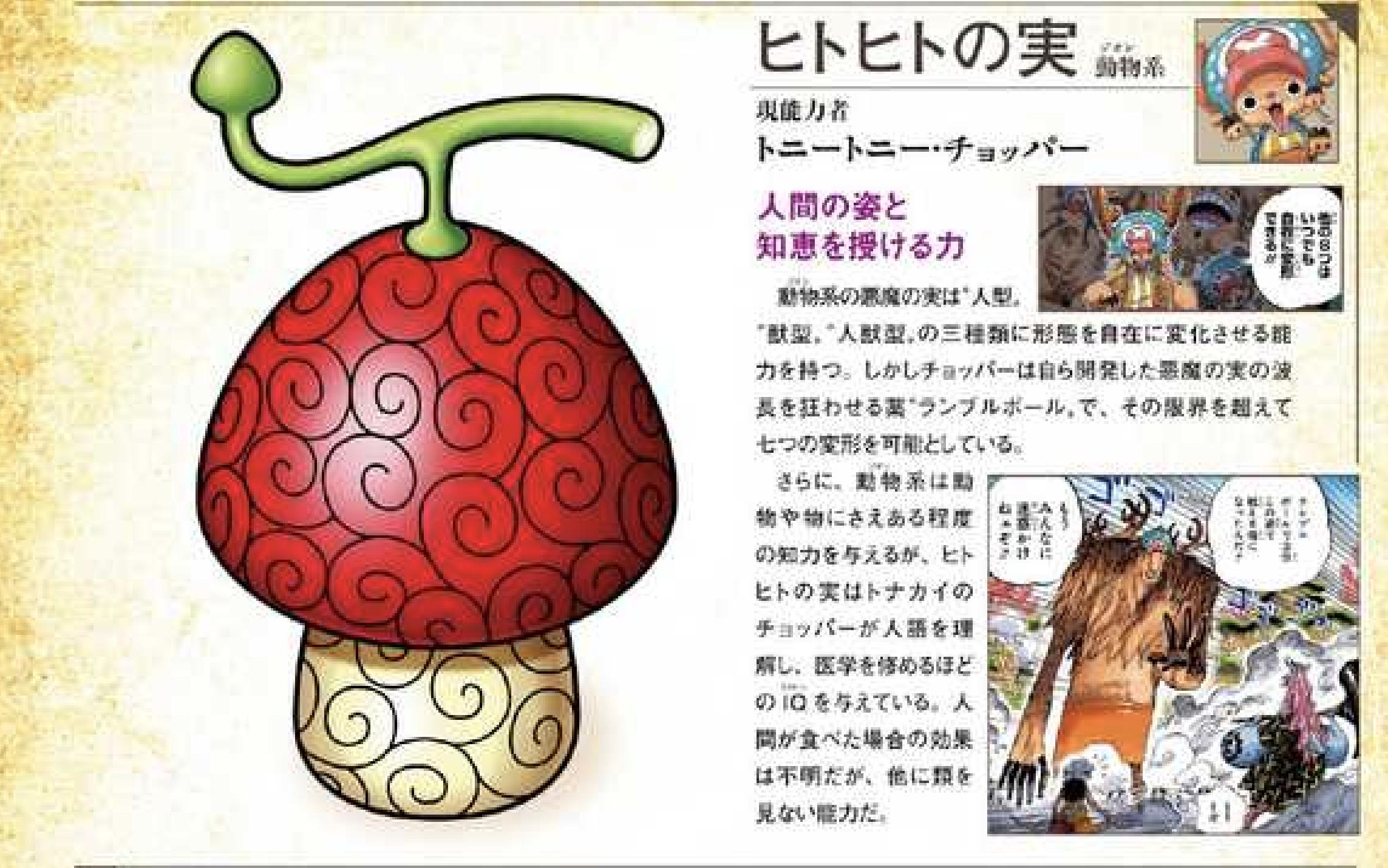 This could make Chopper one of the other gods mentioned in Skypeia’s ritual if he has a Mythical Zoan fruit. He can transform into so many different points, which is unlike any other Zoan in the series. It is only Luffy’s ability to use multiple gears that reminds me of him.

Additionally, other users of Hito Hito no Mi, such as former Fleet Admiral Sengoku, have not demonstrated the ability to use multiple transformations, so it’s safe to say that this technique is unique to Chopper and Luffy. In light of the context around the World Government hiding the identity of certain fruits and possessing the power of one of these gods may seem a little contrived at first.

What Animal is Chopper From One Piece? 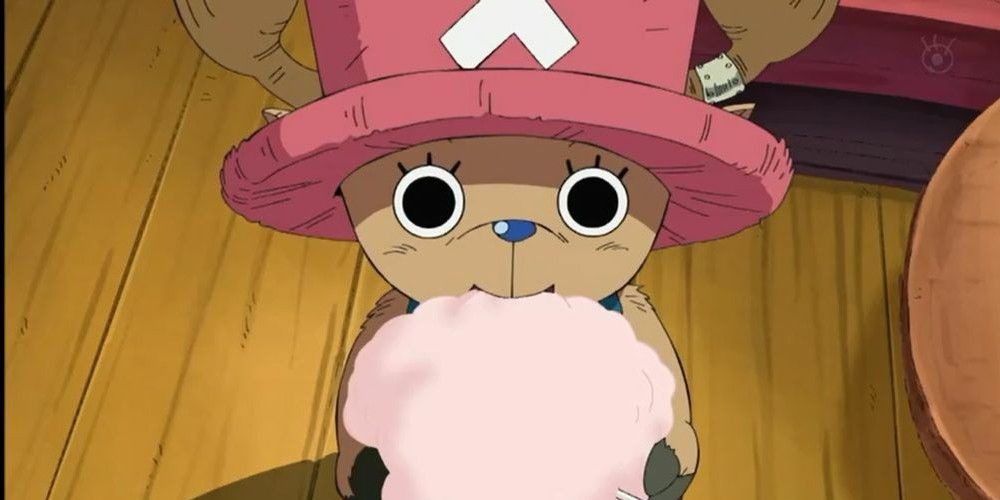 Chopper is a blue-nosed reindeer

He can defend everyone like the man he is as an amazing ship doctor with his enormous knowledge and expertise, but in conflict, he uses the power of his Devil Fruit to protect everyone. His sense of smell is keen, and he can converse with other animals as one would expect of a former reindeer.

Action type: Technique, Aside from his kung fu attacks, Chopper can also use horn attacks and a variety of other forms in his fights. While his attacks aren’t that strong, he can inflict the Scope status effect to great effect.

Who is Chopper’s Best Friend?

Zoro is chopper’s best friend, Because of Chopper’s cute appearance and personality, the entire Straw Hat Pirate crew is kind to him. While the exchanges between Zoro and Chopper have a harsh and masculine air to them, they are particularly fascinating since they show viewers a peek of his tender side. 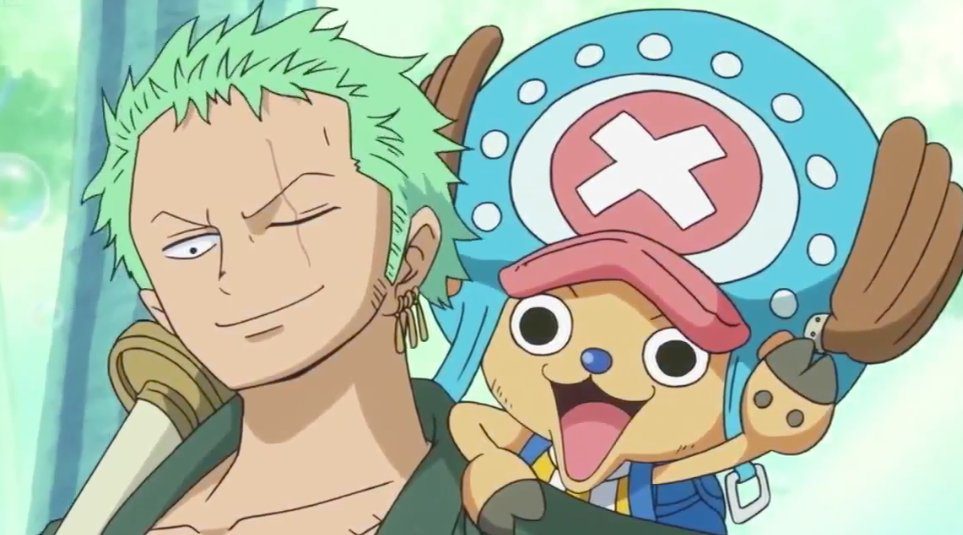 Zoro carried Chopper on his head whenever they crossed wide rivers in Alabasta, and he scrubbed Chopper’s back during a bath, which were two of his nicest displays of care toward him. Chopper is seen hanging out with Zoro while he exercises. Zoro and Chopper share a strong connection, which allows viewers to glimpse a distinct side of the character.