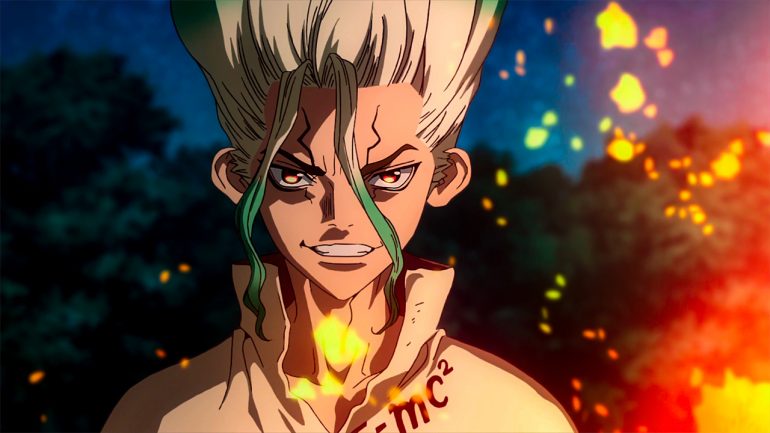 Dr. Stone manga gave the perfect closure to the ongoing battle of Science between Dr. Xeno and Dr. Senku. Although Xeno is a lot more qualified and a former NASA scientist, he got over smarted in this case. Even his trusted sniper Stanley could not have seen such a move coming until it was too late. Xeno and his subordinates were clearly ahead in technology since the start, with their guns and advanced aircraft. Still, the move to assassinate the leader of their enemy to force the surrender from the others led to this defeat. Xeno is captured, and it is his own subordinates that are left without a leader now.

Dr. Stone Chapter 169 is the upcoming chapter for the manga, and it will be released on Manga Plus on October 12, 2020, at midnight (JST). This chapter will tell us the entire plan of Senku for his newly founded Corn City and the strategy to keep Stanley and other Xeno’s Subordinates from disrupting their operation. Senku plans to revive one million people using the Nital formula. Furthermore, he wants to take humanity to the moon again and investigate the cause of the apocalyptic petrification.

When Senku and his companions started their expedition towards America, they expected heaps of wild corn to make tons of raw alcohol. They would also need nitric acid, and with the mixture of these two chemicals, Nital – The Revival Fluid is made. This would break the petrification of the bulk of people and potentially bring back millions. However, they ran into Xeno, who was revived at the same time as Senku but way more advanced in technology. Xeno thinks that everything in this new world belongs to him because he is the smartest person alive. Little did he know, Senku outsmarted him and kidnapped him from his own fortress.

Xeno and his troops will not deny joining Senku in his goal to make the Corn City because the idea of reviving people is intriguing for them. Xeno has no choice because he is captured while Senku contacted a sensible one from Xeno’s troops. Having Xeno as the hostage, Senku is in a good position to negotiate. He left the Perseus behind and gathered the most important people from his team to start the city they were planning to build. Senku called it the perfect diplomacy, and he was right. Having the upper hand against the enemy, even Senku, with his small numbers, can establish peace against Xeno for the ultimate goal that will benefit all of humanity.

Senku and his team will need the factory to extract the materials for Nital. To bring back a million people, they need the chemicals in thousands of liters. While Senku will act as the lead scientist for this factory, someone else needs to collect one million people from the wildlands of the country. The choice of people is also going to be important, and it will take a long time to collect this many people. And yet even if they are all revived, they will need a full government to manage it all. Having a million people appear at a place out of nowhere will be troublesome. Roughly estimating, it will take more than a decade to get to that point where all the million people revived know what to do.

Senku has no ambition to become the king. Tsukasa wanted to build an empire, but he will not be trusted anymore as his ideology is too aggressive. Senku may end up selecting an existing ruler and reviving him to control the rest. There is a lot to look forward to for this Corn City. However, the main take overall is that Senku won against Xeno, and he can start building it now.