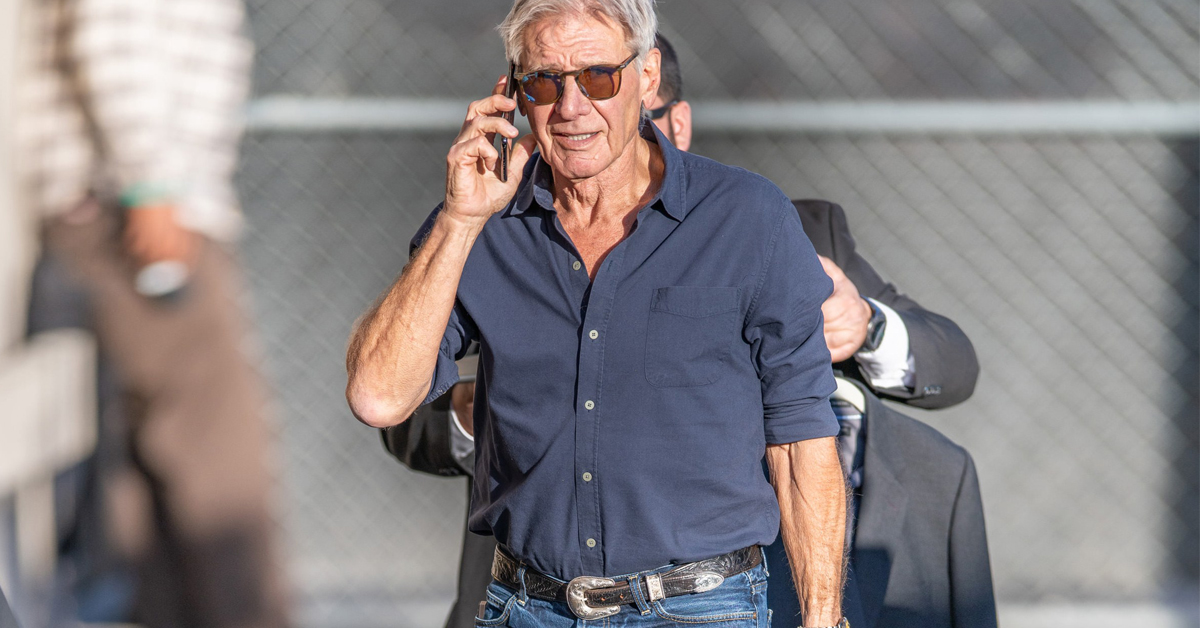 Born on 13th July, 1942, Harrison Ford is an American actor, aviator and environmental activist. He is best known for his starring role as Han Solo in the original Star Wars trilogy and would reprise the role decades later in the sequel trilogy.

His career spans six decades and includes collaborations with some of the most acclaimed and influential filmmakers of all time such as George Lucas, Steven Spielberg and Mike Nichols, among many others. With his diverse acting, Ford has portrayed many characters during his career, some heroic and some morally ambiguous with a darker side and yet still some romantically inclined. He has never failed to please his fans and is known around the globe for his versatility and ruggedly handsome looks! In this article, we will be discussing 20 best Harrison Ford movies according to their IMDb rating! Let’s see what we have for you. 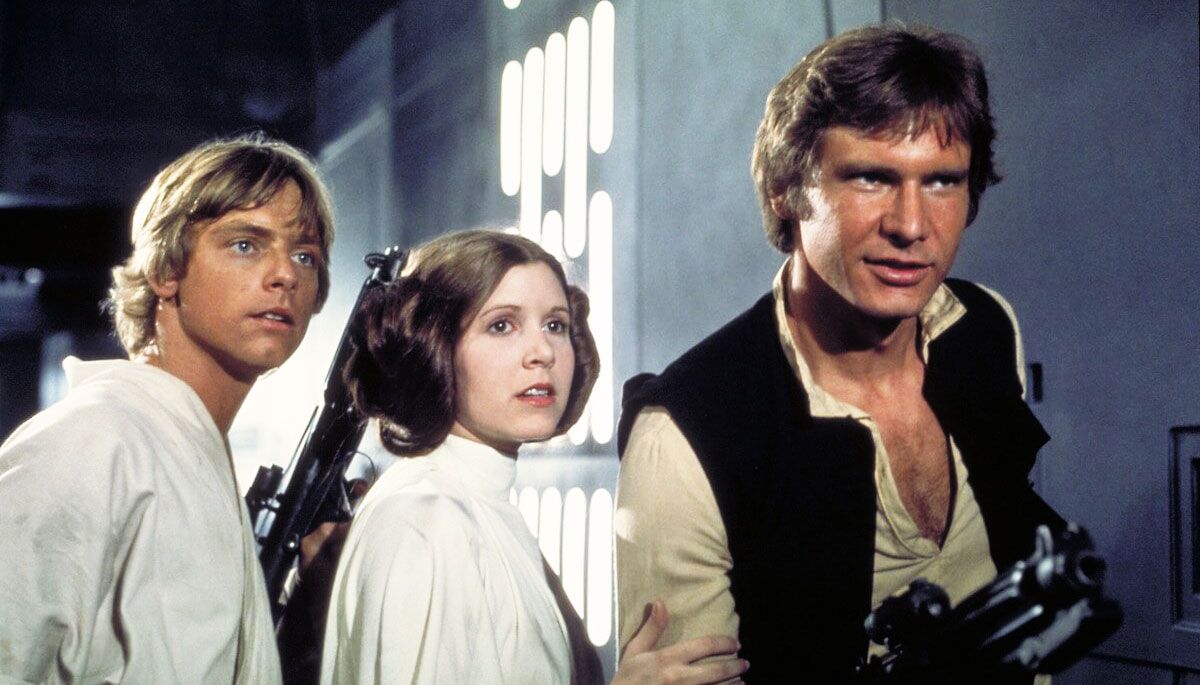 Storyline: Darth Vader is adamant about turning Luke Skywalker to the dark side. Master Yoda trains Luke to become a Jedi Knight while his friends try to fend off the imperial fleet. The movie sees Harrison Ford play the famous role of Han Solo, one he has carried forward in the rest of the Star Wars movies and played beautifully. Han Solo is the owner and captain of the Millennium Falcon, along with his Wookiee co-pilot Chewbacca. In the original Star Wars film, Han and Chewbacca reluctantly become involved in the Rebel Alliance’s struggle against the Galactic Empire after being recruited by Jedi Master Obi-Wan Kenobi and his pupil Luke Skywalker to transport them to Alderaan. Over the course of the Star Wars Saga, Han becomes a chief figure in the Alliance, a close friend of Luke, and the love interest of Princess Leia.

In the sequel trilogy, which is set 30 years after the original films, Han is Leia’s estranged husband and the father of Ben Solo, the fallen Jedi who turned to the dark side of the force and became Kylo Ren, the lead enforcer of the tyrannical first order. 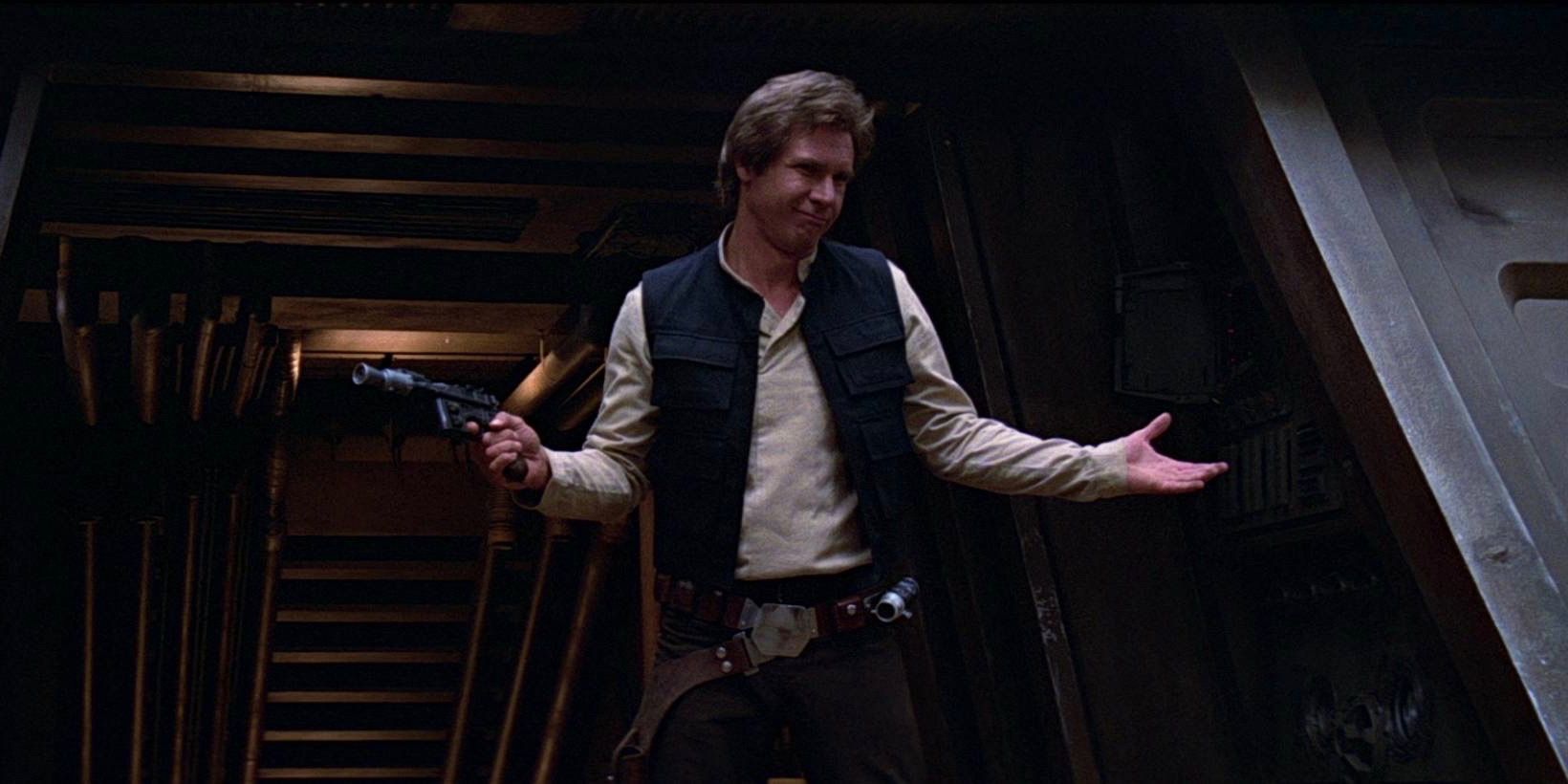 More about the character, he is also featured in comics, novels, video games, and other forms of media. Indiana Jones is also featured in several Disney theme parks. Jones is characterized by his iconic accouterments (bullwhip, fedora, satchel, and leather jacket), wry, witty and sarcastic sense of humor, deep knowledge of ancient civilizations and languages, and fear of snakes. In 2003, the American Film Institute ranked him the second-greatest hero of all time!  The entire Indiana Jones series, with all its numerous accolades to its name is a definite must-watch for everyone. 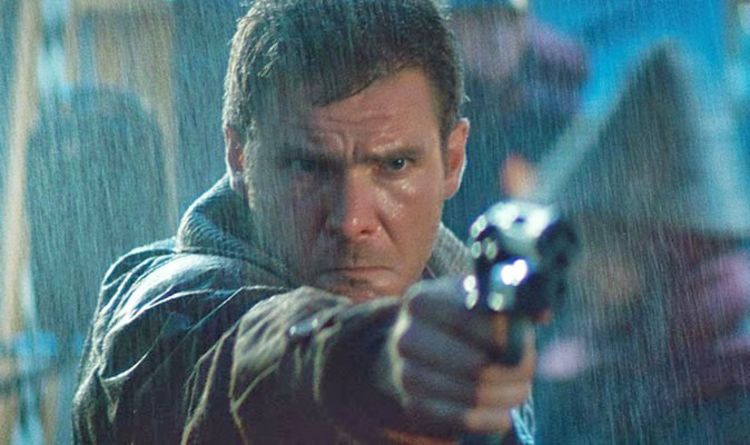 Storyline: Rick Deckard, an ex-policeman, becomes a special agent with a mission to exterminate a group of violent androids. As he starts getting deeper into his mission, he begins to question his own identity. In the movie, Harrison Ford played the role of Rick Deckard. Rick Deckard is a fictional character and the protagonist of the movie. Ford later reprises his role in the 2017 sequel of the movie, Blade Runner 2049. 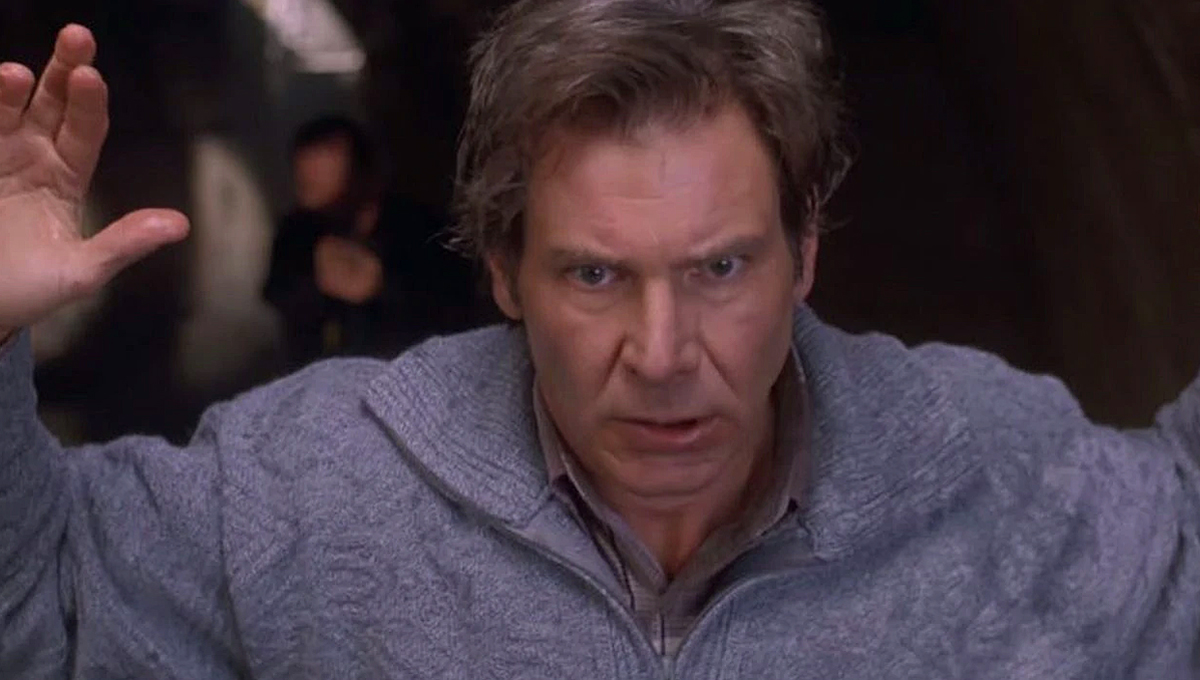 Harrison Ford in “The Fugitive”

Storyline: Dr. Richard Kimble is falsely charged with killing his wife. When Deputy Marshal Samuel Gerard pursues him after he escapes prison, Richard realizes that he cannot trust anybody. In this movie, Harrison Ford plays the role of Richard Kimble.

The Fugitive was a major critical and commercial success. It was the third highest-grossing film of 1993 domestically and was nominated for 7 Academy Awards including Best Picture! 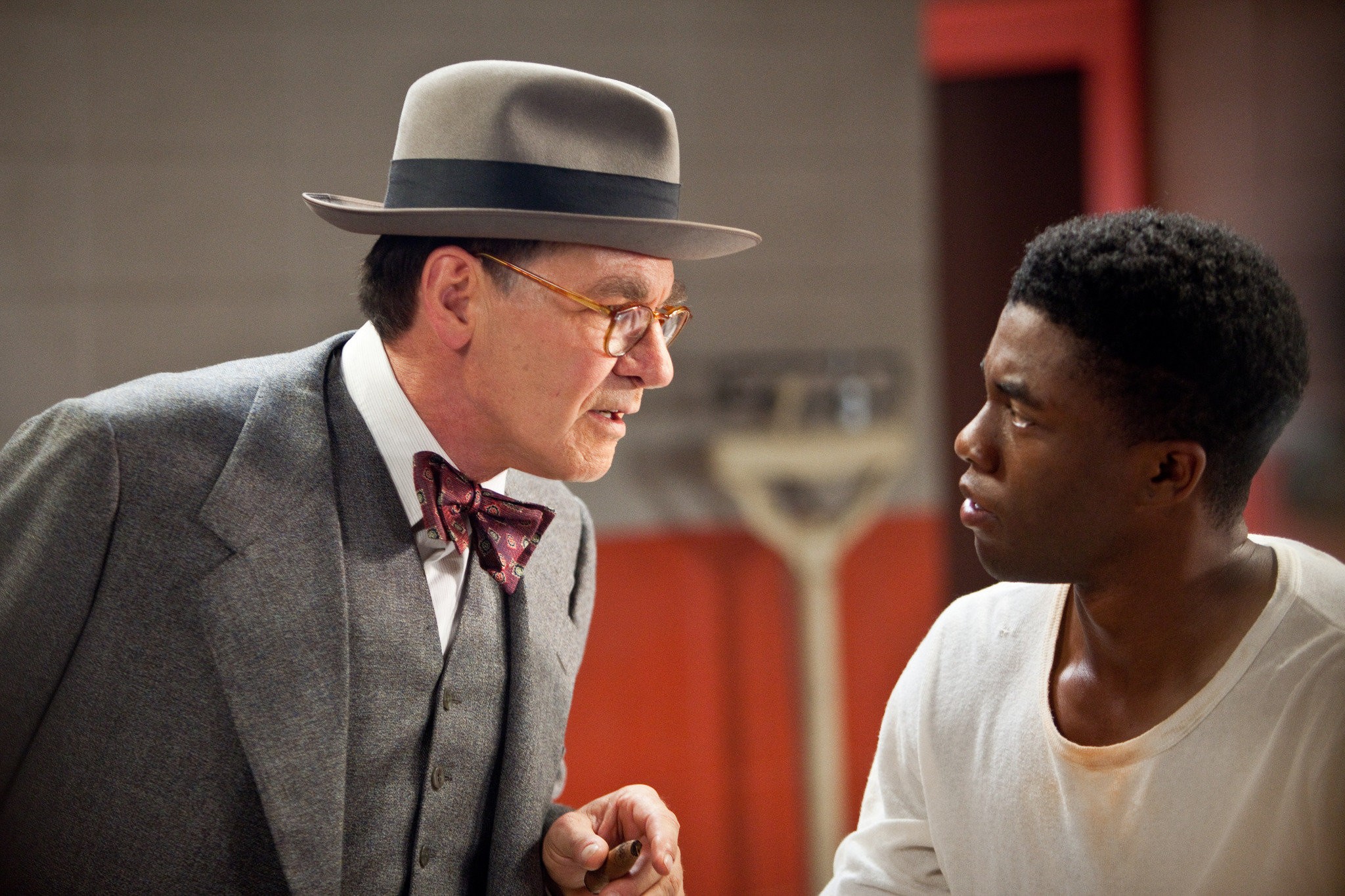 Storyline: Major League executive Branch Rickey drafts African American Jackie Robinson as a player. Jackie has never taken too kindly to racism, but now he is amidst even greater racist hostility. In this movie, Harrison Ford can be seen in the role of Branch Rickey.

This movie is one of the first times that Ford has played a historical figure. Branch Rickey is the trailblazing general manager of the Brooklyn Dodgers who broke Major League Baseball’s color barrier with the signing of Robinson. 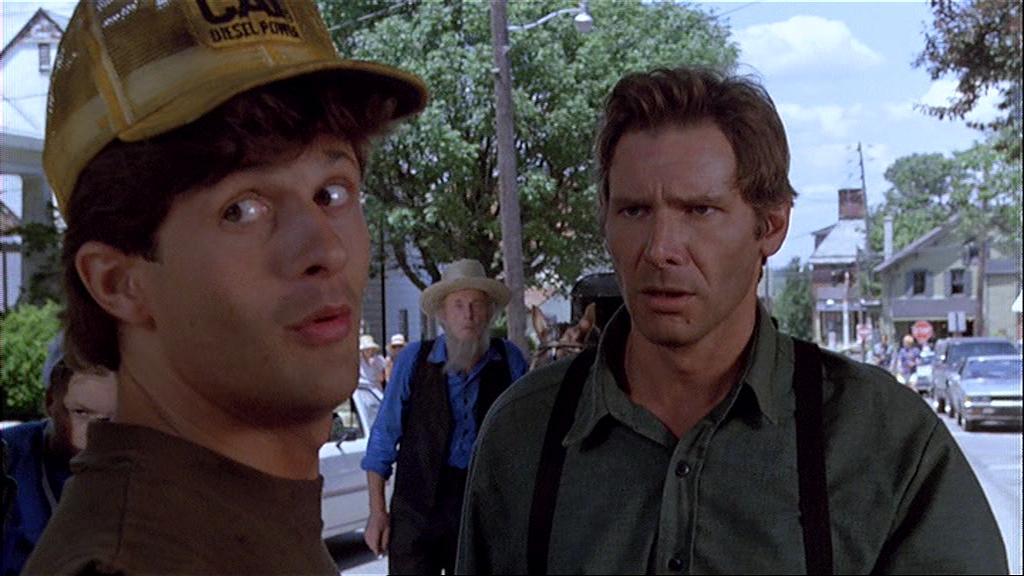 Storyline: A young Amish boy, Samuel, is the sole witness in a murder in Philadelphia. Investigating officer, John Book goes into hiding with the boy and his mother in Amish country after an attack on the boy. Harrison Ford plays the character of John Book, in this movie.

Harrison Ford in “The Age Of Adaline”

Storyline: Adaline Bowman (Blake Lively) has miraculously remained a youthful 29 years of age for nearly eight decades, never allowing herself to get close to anyone lest they discover her secret. However, a chance encounter with a charismatic philanthropist named Ellis Jones (Michiel Huisman) reawakens Adaline’s long-suppressed passion for life and romance. When a weekend with Elli’s parents threatens to expose the truth, Adaline makes a decision that changes her life forever.

Harrison Ford plays the role of William Jones in the movie. William Jones is the father of Ellis and when he introduces Adaline to him, he happens to recognize her immediately.  This leads to its own confusion. The movie is said to be one of the greatest works of Harrison Ford and Blake Lively in recent years.

Storyline: Jack Ryan uncovers an illegal operation against drug cartels within the CIA. Caught in a web of conspiracies, he must now risk his life and his career in order to bring the perpetrators to justice. Harrison Ford plays the lead role of Jack Ryan.

Jack Ryan is an American series of action thriller films based on the fictional character of Jack Ryan, who originally appeared in a series of books by Tom Clancy. In 5 films, 4 actors have portrayed the character of Jack Ryan. The movies are action-packed and have received positive and great critique, making them a must-watch! 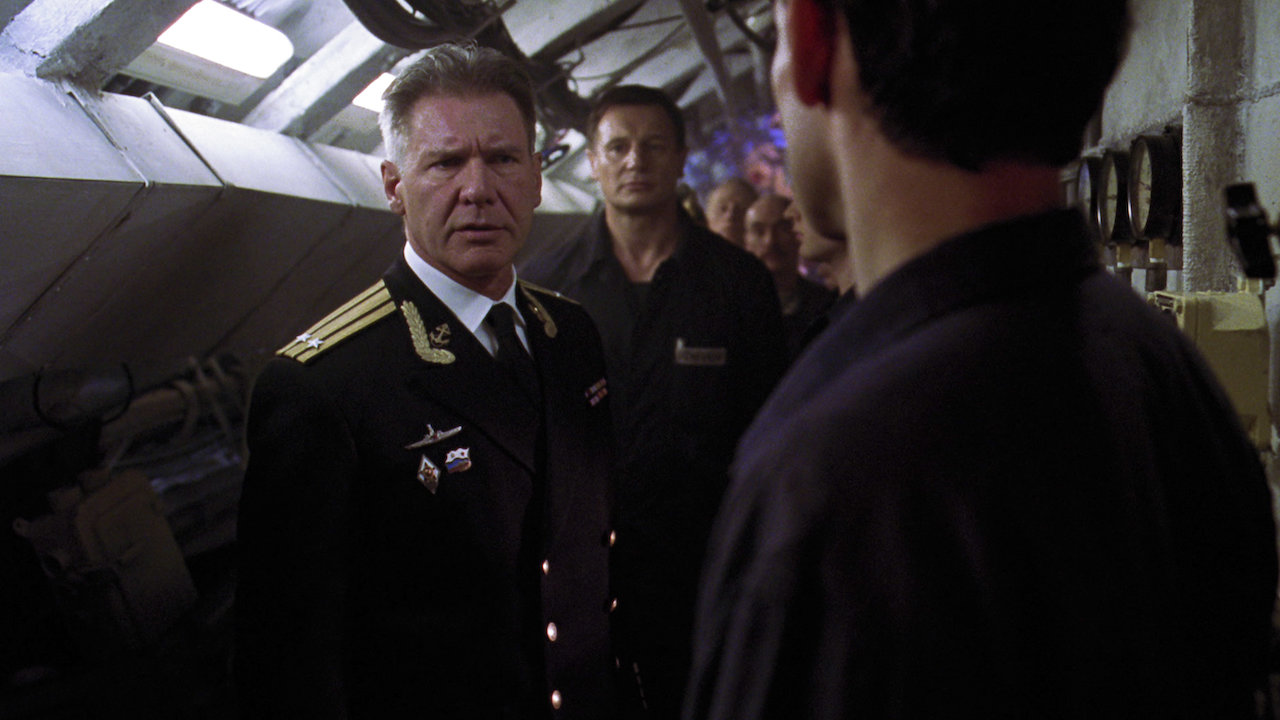 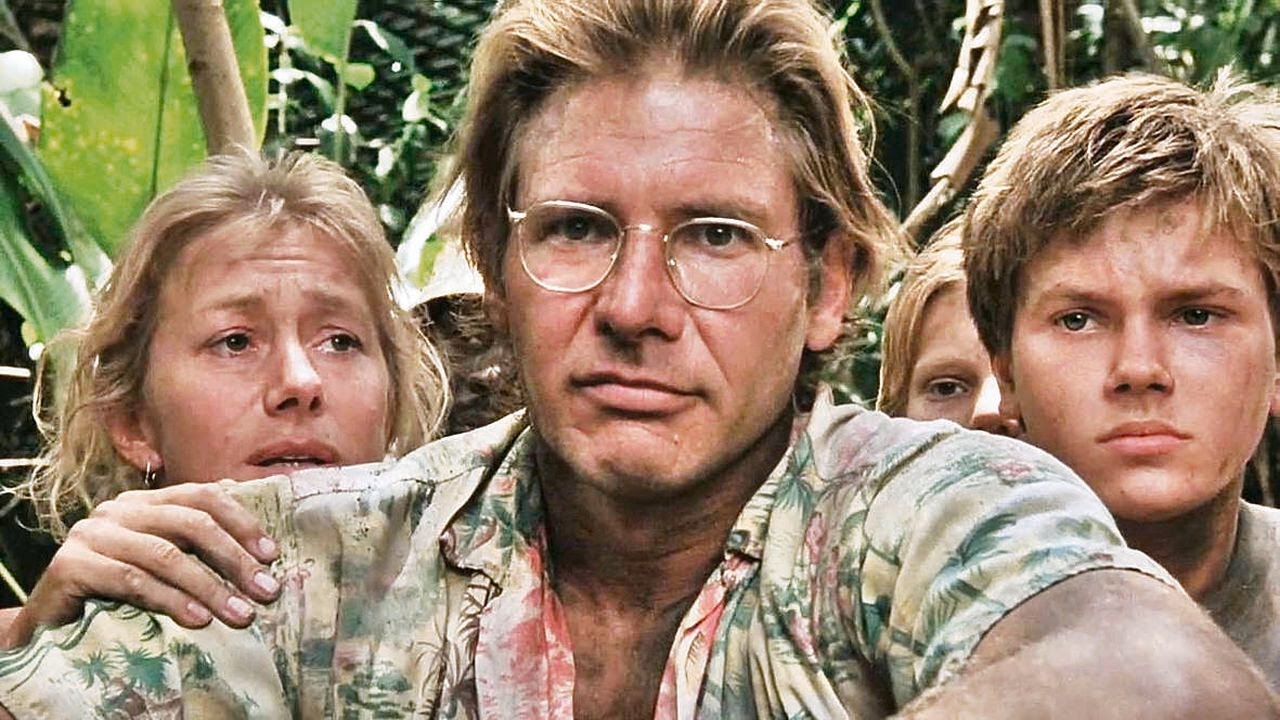 Harrison Ford in “The Mosquito Coast”

Storyline: An idealist uproots his family to a remote Caribbean island, away from the consumerism which he perceives to be choking America. He sets about creating a Utopia in the jungle by bringing ice to the natives and uses his genius for making gadgets to enhance their primitive lifestyle. However, he also alienates his long-suffering family and his enterprise proves fatally flawed. Harrison Ford plays the role of Allie Fox in “The Mosquito Coast”. The movie is based on the book by the same name by Paul Theroux. The movie was shot in the cities of Cartersville and Rome in Georgia, in addition to Baltimore, Maryland, and Belize.

Harrison Ford in “Air Force One”

Storyline: The president of the USA is returning home from Moscow when his plane, Air Force One, is hijacked and he finds himself in a do-or-die hostage situation. Harrison Ford plays the lead role of the president in this movie.

The movie was a box office success receiving mostly positive critical reviews, it was one of the most popular action films of the 1990’s.

Storyline: Tom, an NYC policeman, lets Rory, a visiting Irishman, stay in his house as a favor to a friend. The situation begins to regress when Tom realizes that Rory is a notorious IRA terrorist. In the movie, Harrison Ford plays the character of Tom O’Meara. Storyline: Jake Lonergan enters the town of Absolution with no memory of how he turned up in the desert. However, he becomes the townspeople’s only hope when aliens attack. Harrison Ford played the role of Colonel Woodrow Dolharhyde, a powerful cattleman in the movie “Cowboys & Aliens”. Storyline: When his family is held for ransom, Jack, a security executive for a global bank, is commanded to loot his own business. He then faces the demanding task of thwarting the kidnapper’s scheme. Harrison Ford can be seen playing the role of Jack Stanfield in the movie.

Harrison Ford is a banker who is forced by criminals, led by Paul Bettany, to help them steal $100 million.

Harrison Ford in “What Lies Beneath”

Storyline: Claire moves with Norman to his old house, where she experiences disturbing supernatural activity. Soon, she discovers a shocking truth about her husband and Madison, his student who is dead. Harrison Ford can be seen in the character of Norman Spencer in this movie.

The movie was the tenth-highest-grossing film of the year and though it received mixed reviews, it was nominated for three Saturn Awards. 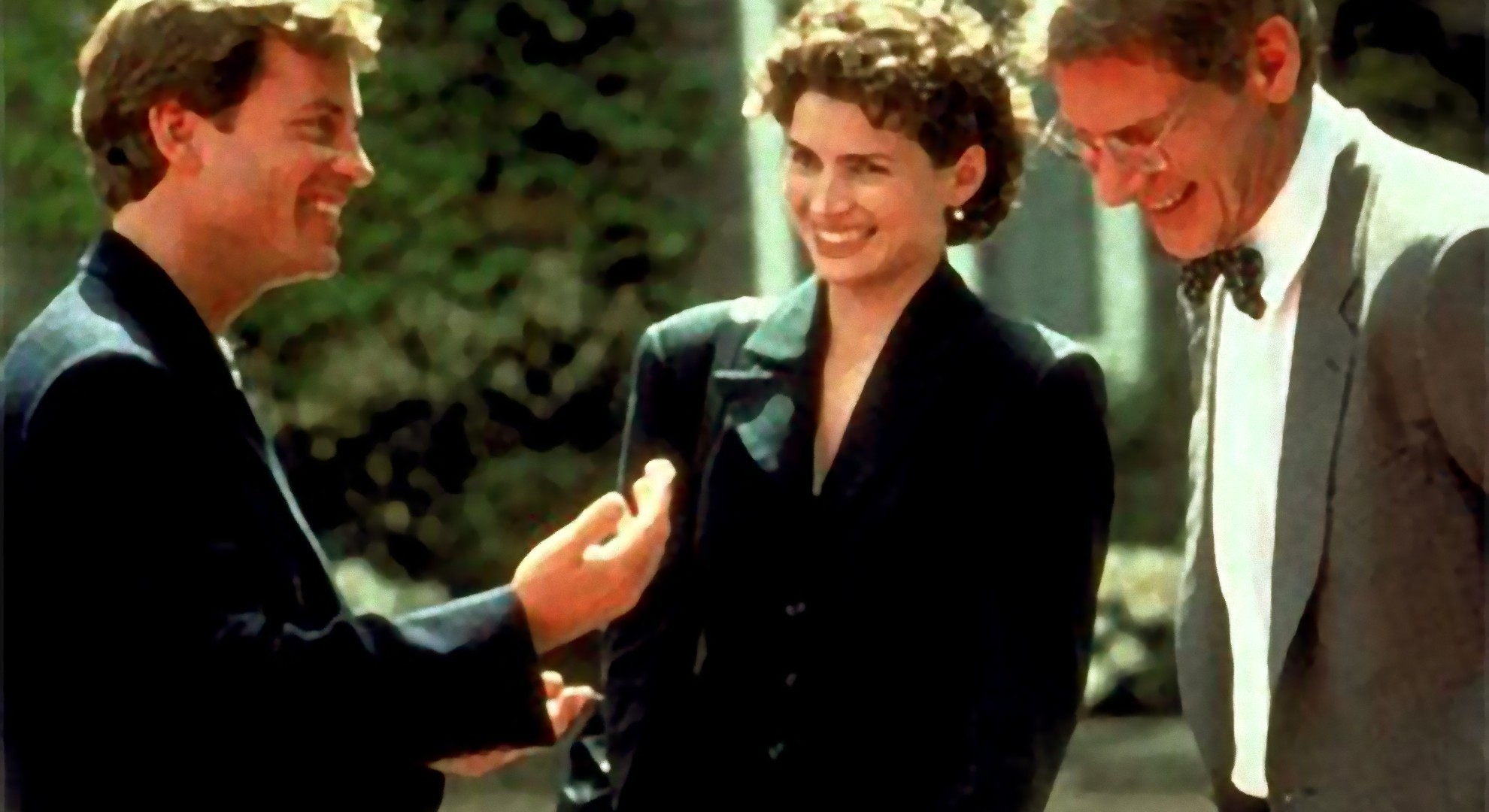 Storyline: Sabrina transforms into a beautiful woman but still has feelings for her crush, a playboy. However, she finds it hard to choose when his business-focused brother falls for her. Harrison Ford plays the role of Linus Larrabee. 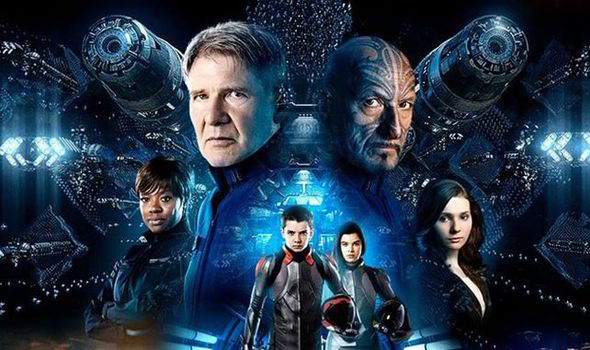 Storyline: Ender Wiggin, a brilliant young strategist, is recruited by the International Military to lead the force defending Earth from a genocidal alien race bent on annihilating humankind.  Harrison Ford plays the character of Hyrum Graff in the movie.

Hyrum Graff was a colonel in the International Fleet and the administrator of Battle School, later becoming the Minister of Colonization. He was first introduced in Ender’s Game. 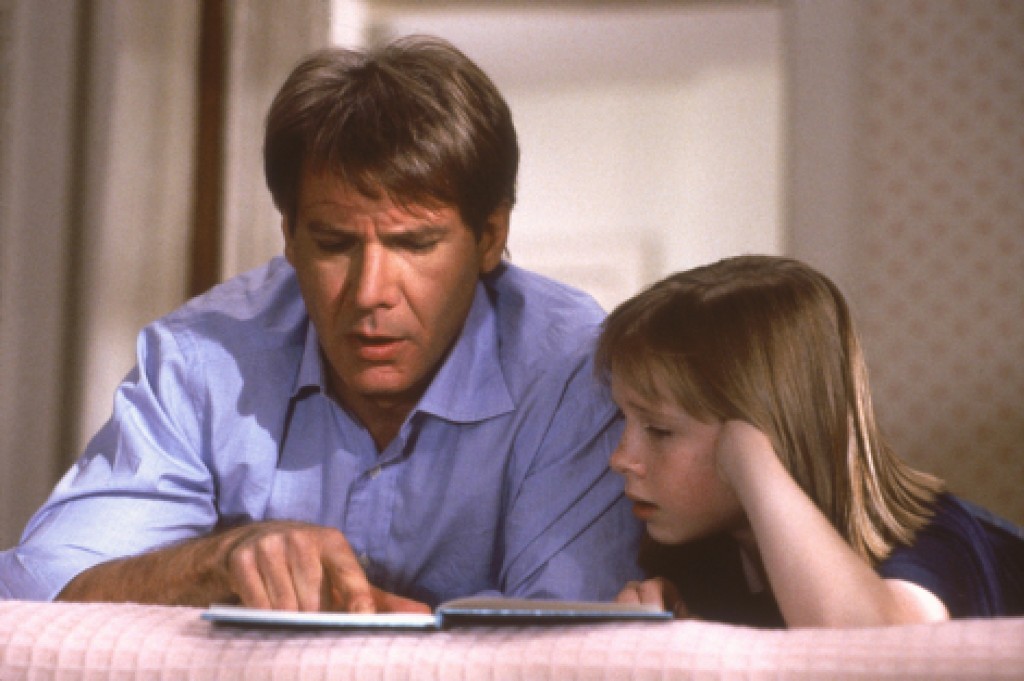 Storyline: Henry, a successful lawyer, has been afflicted with amnesia. He tries to rediscover his identity and career with the help of his wife and daughter. Harrison Ford stars in the lead role in the movie as Henry Turner.

Storyline: Becky, a TV producer, is given the tricky task of reviving a low-rating program. She ropes in a famed anchor, Mike Pomeroy, for the show, but the clashes between them put her career in jeopardy. Harrison Ford plays the lead as Mike Pomeroy in the movie. 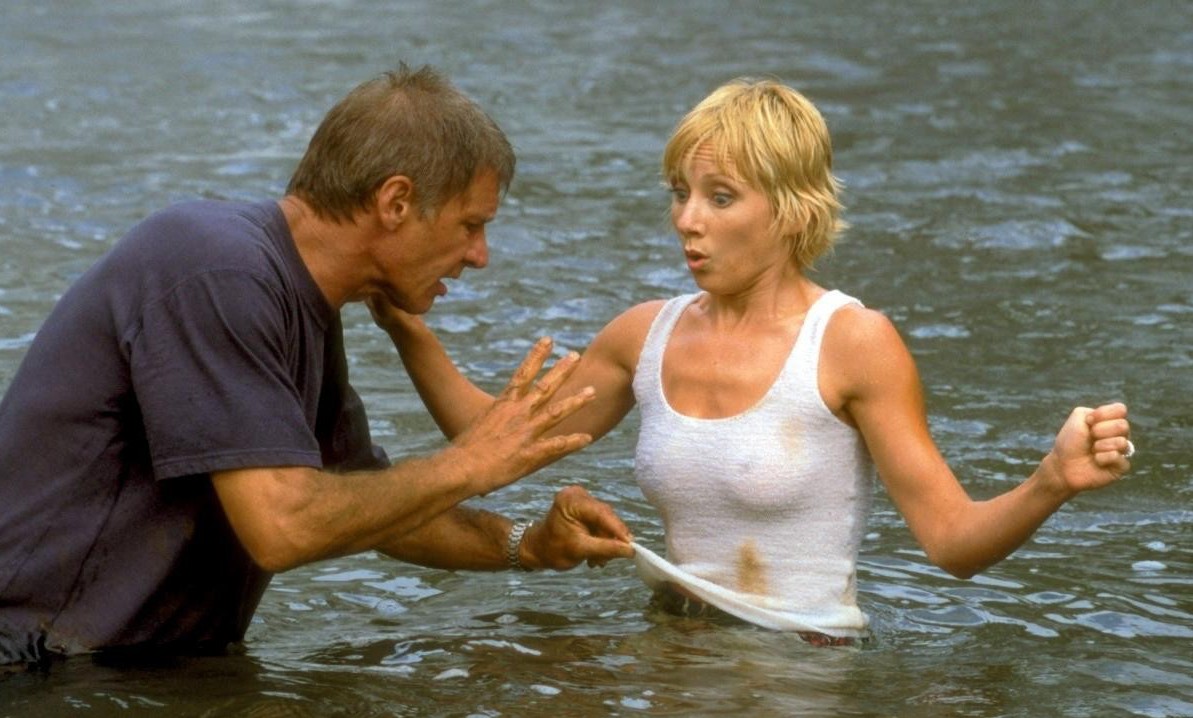 Storyline: Robin Monroe’s vacation with her boyfriend turns into a nightmare when she finds herself stranded on a deserted island with a pilot whom she dislikes. In the movie, we can see Harrison Ford plays the role of Quinn Harris.

And with that, we come to the end of our list of the best 20 Harrison Ford movies according to their IMDb ratings. Each and every one of these movies is a must-watch and will keep you glued to the screen throughout! Harrison Ford’s acting is phenomenal and he never fails to please his fans with his charisma and the ease with which he portrays each and every character! We hope you enjoy these movies as much as we did!