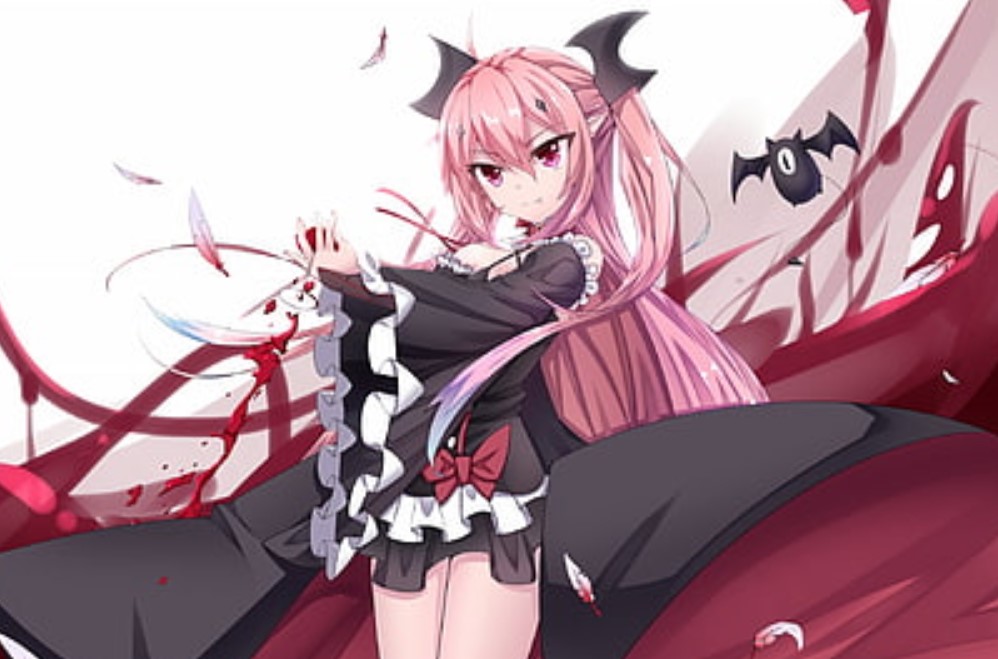 Shinoa is in mid-air with chains around her body, and her heart started to race when she gains consciousness. She began to feel more for Yu. Shinoa thinks that her feelings are growing just because she is a girl. Shoan asks Shikama if she knows that girls are supposed to yearn for love. Shiona is disappointed that she is not getting answers to her questions. She continues to ask if she has fallen in love with someone.

She shouts that she loves Yu and breaks free from the chains that were tying her. After break free, she landed in front of Shikama Doji. Shinoa comments that Shikama possesses great powers, and she thinks that it is her opportunity. She decides that she will keep her heart away from Shikama to possess him. Shiona decided to let her love go wild and conjures her scythe. Shikama copied her and fired three scythes.

Seraph of the End Chapter 96 will be released on 3 March 2021, officially on Viz and other official platforms. If you are curious about more updates about this, Manga visits Viz and Manga plus to read more updates officially. Every month we will be releasing new development. 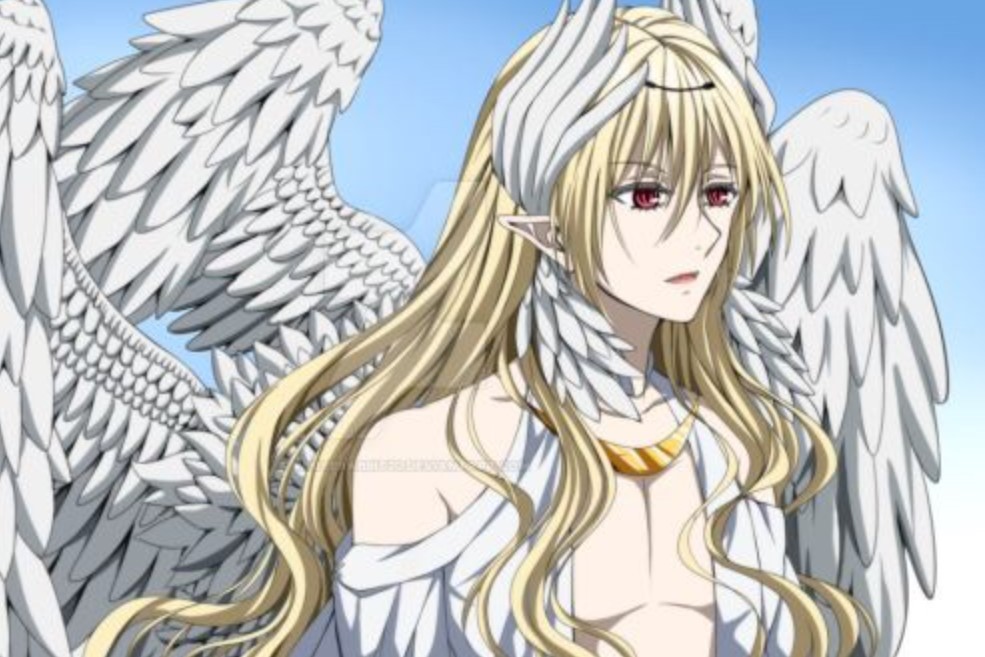 Previously on Seraph of the End Chapter 99

Shinoa manages to block those scythes, and Shikama is stunned that she is powerful than he expected. Shikama is excited, thinking that he has become weaker. He asks her if she was holding back since she was not that powerful before. Shiona reveals that it is the way she is, and she never hides any powers. The two continue to talk about humanity and strength. But Shinoa manages to stab Shikami’s chest with her scythe.

Shikama notices that Shinoa is trying to suppress him, and he tried to contact Ashera. Shikami is warned that the human race is coming to take Mikael’s soul. He has to take the soul before they arrive. Shiona talks with Ashera that she can hear Shikami’s thoughts. She asks if he meant that Asuramaru is one of his subordinates. She realizes that she makes a bad judgment and she must report to Yu quickly.

Shikama will aim to scythe at Shinoa before she reports to Yu. He fires, and Shiona decided to send the message to Yu and forget to possess Shikama. She uses her weapon that helped her to move backward. Shikama tries to use his powers to force Sinoa to sleep. But Shinoa refuses to follow his orders and decides to stay awake. Shiona continues to tell her love story with Yu. She confesses that she loves Yu soo much, and she will allow her desires to run wild.

Suddenly a curse mark shows on Shinoa face, and sharp horns started to emerge from her forehead. She started to transform into a demon. Shinoa vowed to surpass Shikama and said she’s coming for Yu. Meanwhile, in the physical world, Guren told others to move quickly. Yu reveals that Mika is turning into cursed gear. He told Guren that he is doing everything to save Mika and Shinoa. Kimuzuki asks why foolish Yu easily convinced Guren. 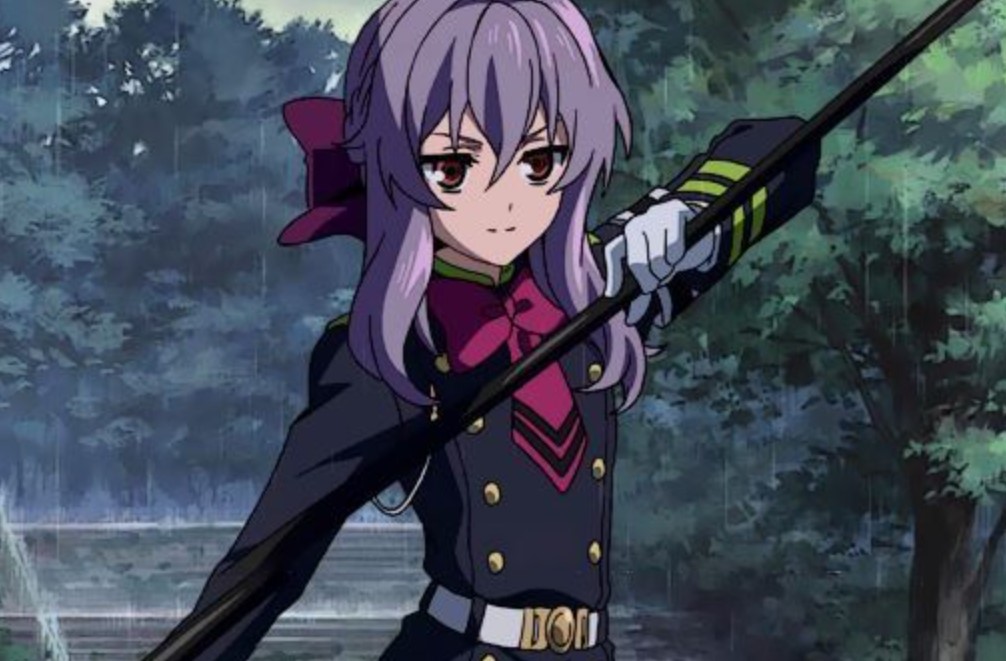 Kimizuki asks Yu not to forget that Lt. Colonel Guren murdered Mikale. Yu reveals that he and Guren will save Mikael by turning him into cursed gear. Kimuizuki doubts that their plan will work, and he started to argue with Guren. Their argument leads to a battle, and Kimizuki uses his powers to transform into a demon. He started to attack Guren. Kimizuki wants to avenge her sister that Guren killed.

He comments that his sister will be resurrected if Kimizuki will save everyone. Yoichi decides that he will have to kill Guren if Tomoe’s death was a part of his plan. Krul interferes, commenting that they are all idiots. He reveals that evening will be over in the first awakening. Mahiru told Krul not to worry and put the finger on Krul’s lips. Krul asks Mahiru if she is planning to silence them. Mahiru comments her mysterious sister will silence them.

Later Shinoa waked up and told Yu what happened. She told Yu that Shikama is at the bay, but she cannot hold it longer. Guren thinks that he can convince Kimizuki that he will save his family and everyone. Kimizuki wants proof to believe that Guren is telling the truth. Guren has no proof to make Kimuzuki believe him. They both talked about the issue, and Guren asks Yu, Mitsuba, Shinoa, Kimizuki, and Yoichi to help him.

Guren started to plan to resurrect all humanity, and Shinoa asks if Mahiru has been doing that. Mahiru reveals that she has just fallen in love with a dummy. Yu is glad that Guren’s plan is wonderful, but Shiona comments that Asuramaru has become an enemy. She reveals that Shikama Doji ordered Asuramaru to catch Mika’s soul. Krul is surprised, and Yu tries to contact Asuramaru by closing his eyes. Yui saw coffins that resemble the one Kimizuki can create.