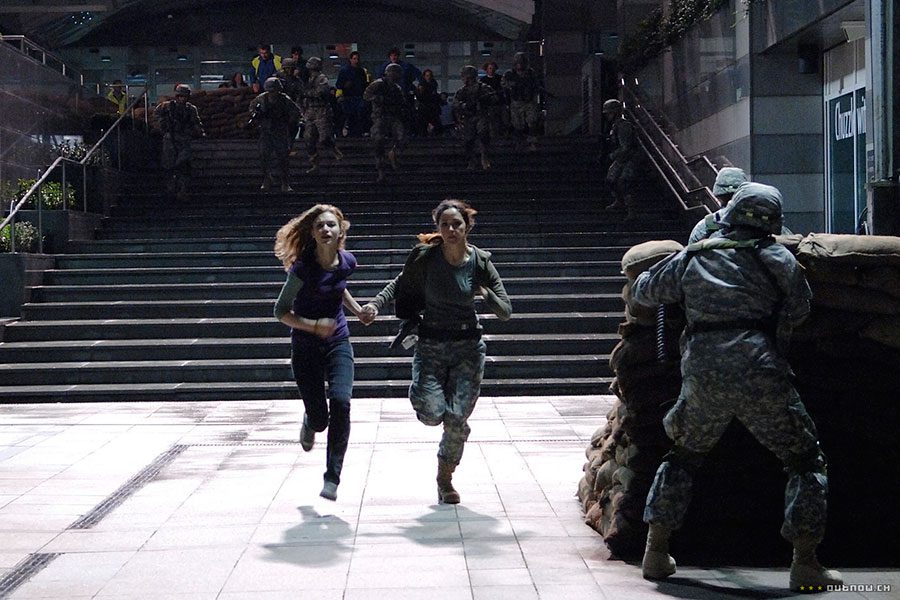 An apocalyptic horror film about a virus outbreak, who knew that we would actually get a real-life rendition of the movie 14 years after its release? 28 Weeks Later in one such movie. 28 Weeks Later follows the story of a family and its desperate attempts at survival during the Rage virus outbreak in England. The movie starts with Don and Alice as one of the very few survivors of the outbreak hiding in a cottage near London. The infected people have already affected a number of survivors. A boy comes knocking at their door. Alice, being the compassionate person she is, lets him in. It turns out that several infected people have followed the boy to the cottage.

They manage to kill all the survivors while Alice, Don, and the boy run upstairs. Don begs Alice to leave the boy, but she is determined to protect him. Don decides to save himself and flees the scene. In front of his eyes, he sees Alice being dragged away by the infected. Don manages to escape narrowly by getting on a boat driven by Jacob. The latter falls into the water and is infected while Don escapes.

The infected start to die of starvation, and NATO forces decide to take control of Great Britain. Exactly 28 weeks after the outbreak, the American Forces decide to start bringing in people. Don and Alice’s children, who were outside the country during the outbreak, are some of the first people to be brought in. Their names are Tammy and Andy. The rest of the storyline revolves around these two majorly.

The forces decide to settle Tammy and Andy in a safe zone guarded by the US Forces. It is called District One. The children are reunited with their father – Don, who was rescued by the American forces. However, as the children go about their lives, they realize that the memories of their mother are fading away. In the meanwhile, Don has made up a false story about Alice’s death. Tammy and Andy decide to visit their former home after escaping security in District One.

Once they reach their old address, they find Alive there, still alive and visibly unaffected. The forces rescue Alice and bring her back to District One, and put her in quarantine. It turns out that Alice is an asymptomatic carrier of the virus. Don visits her and begs for permission. Alice forgives him and kisses him, affecting him in the process too. Don is transformed almost immediately and beats Alice to death. He then goes on a rampage and affects thousands on his way. 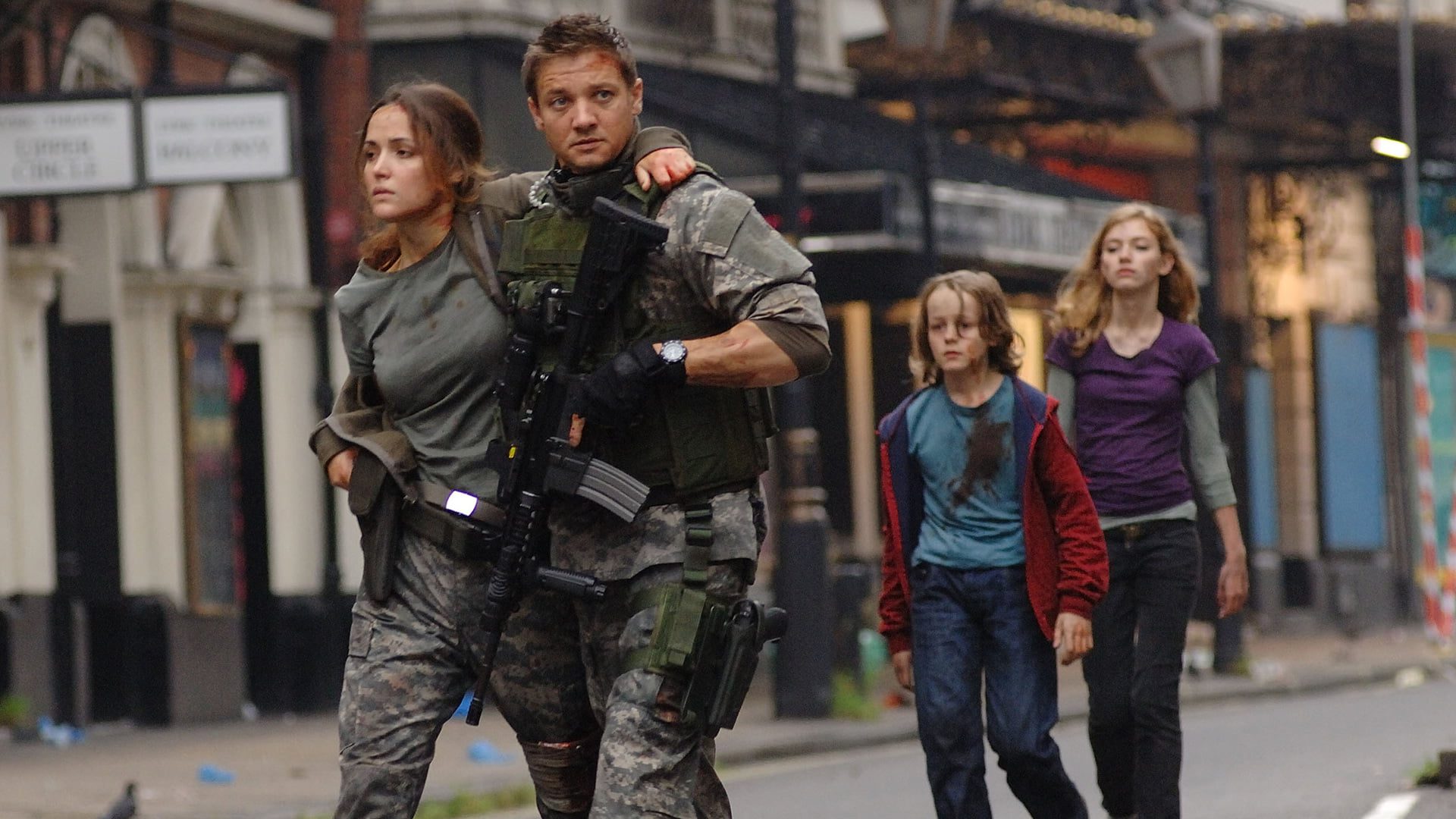 Doyle and Scarlet with Andy and Tammy

General Stone orders for a complete quarantine of the building. However, that is not enough to control the infected. Stone then orders District One to be firebombed, but several infected people, including Don manage to escape yet again. Scarlet decides to save the children as their DNA might have a cure to the virus. She informs Doyle of the same.

Flynn then arrives by helicopter and decides to rescue Doyle. However, he will not take anyone else. Doyle also realizes that everyone must be saved and start their journey to reach Wembley Stadium with Scarlet, Tammy, and Andy. Here, they get on an abandoned car that refuses to start. Doyle gets off and decides to push start the car, sacrificing himself on the way. The remaining trio reaches the London Underground and decides to travel the rest of the way by foot. Here, Don appears and kills Scarlet off. He then bites Andy. 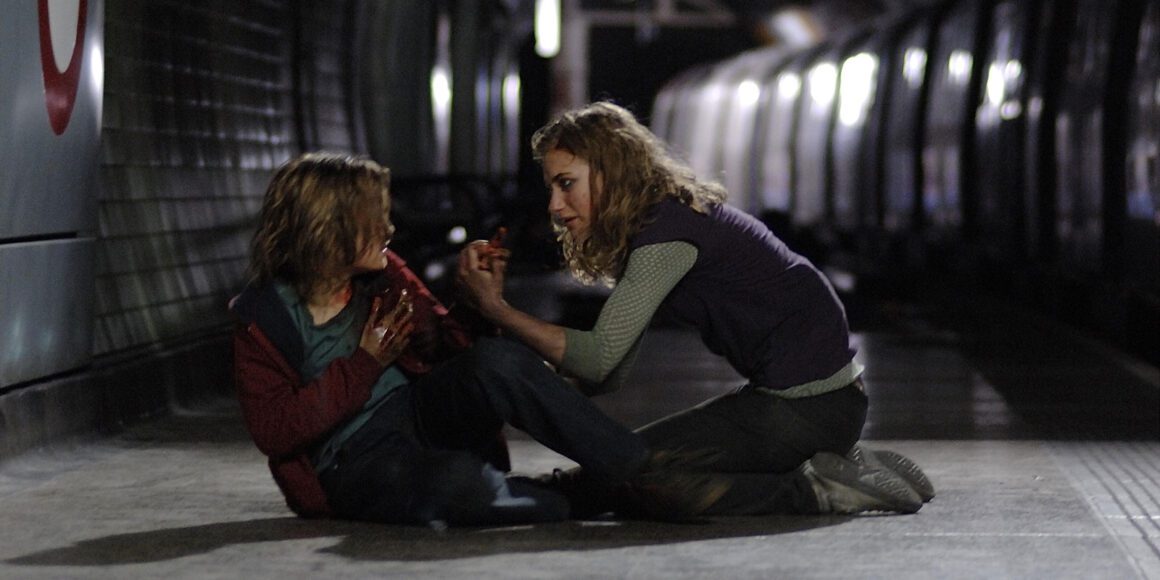 Tammy and Andy in the London Underground

Tammy finds a gun and shoots at Dan before he can kill Andy. Andy becomes an unknown asymptomatic carrier of the Rage virus. The two children finally reach Wembley and are picked up by a reluctant Flynn. Flynn flies them across the English Channel to France as he was instructed by Doyle. The movie then fast forwards to 28 days later, where we can hear a voice asking for help coming out of the abandoned helicopter. A large group of infected people is then seen running through the French capital, and this is how the virus spreads to mainland Europe.