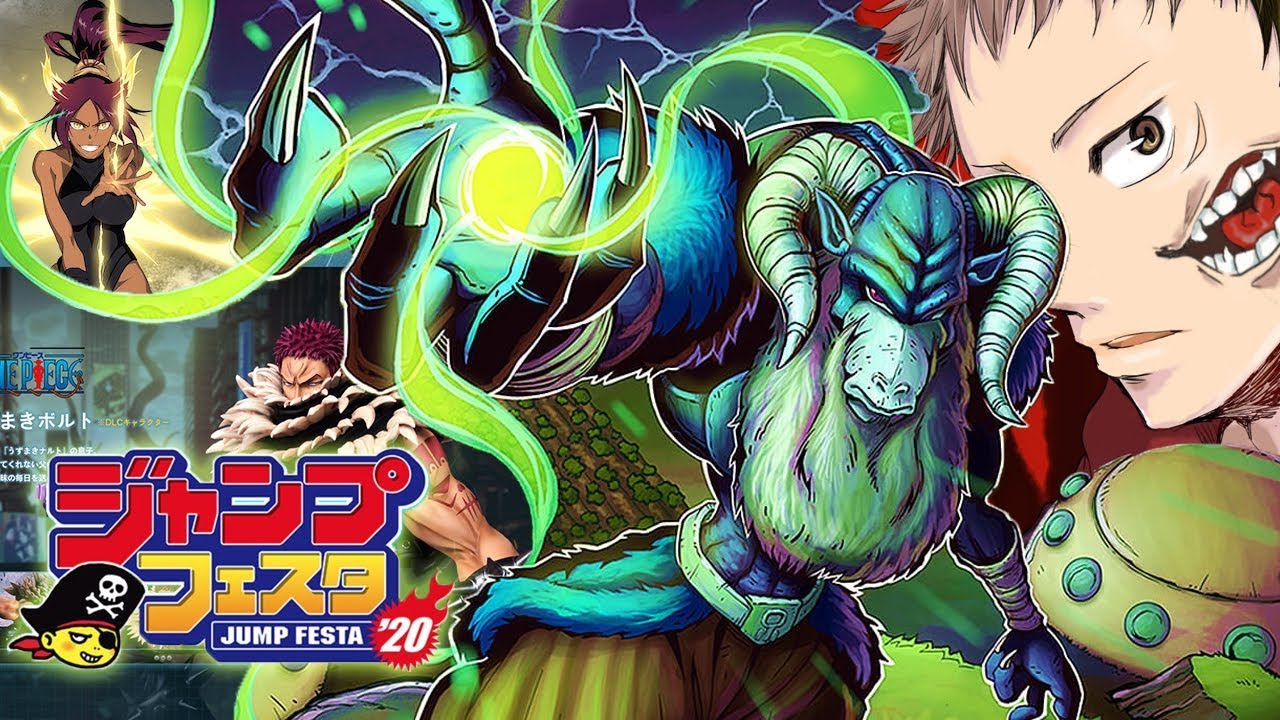 The Jump Festa convention just got over very recently, and a ton of announcements was made. Jump Festa is like the ComiCon of anime and manga, held annually in Japan, but because of the disastrous pandemic going around this year, the whole thing was online. The whole program started on Saturday 19 December 2020, and the next day. Like other major conferences regarding comics and TV Shows, this is the biggest one for anime and manga. Not just those but many games, movies, and even TV shows are announced under this banner.

Some of the best and exciting announcements can be seen from this event. The whole thing is sponsored by Shueisha, one of the biggest Jump series publishers. Every year this is something manga and anime fans wait for; over 100000 visitors are seen. If you love anime, then this is the event to be at.

Many of the creators of various titles, jump authors, and voice actors will all be present with their own panels ready to answer questions and reveal information about their upcoming works.

The Promised Neverland – Season 2 and Live-action

This year, we looked into major releases like a proper confirmation date for the Promised Neverland anime and the live-action remake. The live-action movie was the one they devoted more of their time and information to on this year’s conference.

For people who don’t know what anime is, The promised Neverland follows 3 orphan kids’ lives. The three are best friends and are shown to have the happiest life growing up in a luxury orphanage. That is what they think.

Just like what you would expect in an anime world, things take a dark turn real quick. When they visit another friend of theirs who was just adopted, they stumble upon a very shocking revelation.

The kids in the orphanage are being raised to be fed as meat to some demon-like things. Yup, the kids are basically meat in a butcher shop. The three of them can’t believe what has happened as they see the dead body of their friend. Then they decide to escape from the orphanage as soon as possible, all while helping every other kid there as well.

After that, we got a look into Dr. Stone Season 2 Stone Wars. We got a look into a new teaser that didn’t show us a loot into what we will see in the new season but more of a recap on what happened in the previous season. Nevertheless, the whole thing adds to the hype of this wonderful anime.

For people who aren’t familiar with this science-related anime, Dr. Stone follows the life of Senku Ishigami as he and some of his friends work together to bring back humanity.

With only the resources that nature provides and his 1 million IQ, Senku takes it upon himself to revive the entire world and bring it back to its former glory.

The anime is boring; people tend to get the wrong idea when they hear the whole thing is based around science. In fact, this is one of the best recent anime, one of the funniest, and one with the best plotline. It’s a must-watch; with season 2 hitting us in January, it’s best to catch up on Season 1 real quick.

Looking towards more of the surprise announcement, we have stuff like:

We have been waiting a long time for the new season for this Sci-Fi anime, but the author had to take a hiatus due to some health reasons. In the anime world, the word hiatus is somewhat of the scariest phrase we can hear.

A ton of our favorite has been left in the dust because the authors or creators took a hiatus and never came back. One of the biggest examples of such a thing happening is Hunter X Hunter, a top tier anime. The author took a break a while back and just never came back. Die-hard fans of this anime have been waiting for a very long time now, but it looks like everything is done from its looks.

World trigger also was able to trigger a cult following upon its release. Sci-Fi anime or manga has a very dedicated fan following of its own, so it was obvious that everyone would very much like world Trigger. But shortly, the author faced health issues and went on a break. Chances of return seemed bleak, but I rejoiced as he is back and is churning out new seasons and chapters quickly.

New chapters and a new anime season will also hit us as early as next year, perhaps. Then the show had tons of new reveals when it comes to anime games and even movies.

One of the biggest reveals would be the new anime adaption of Platinum End manga. This is by the creator of Death Note. It’s a very dark plot, just like how Death Note was. Platinum End has been being printed since 2015; now we finally get an animated version.

The story follows Mirai Kakehashi, who is just done with middle school. He lives with his aunt and uncle, who are abusive, to say the least. The kids suffer high mental trauma and physical abuse every single day of his life. Considering his age, the things he has to suffer and endure are just too much.

The anime doesn’t shy away from jumping into very dark plots and scenes; that’s where it really shines. Just like Death Note, the characters and storyline are so addictive you can’t help but be a huge fan of the whole thing.

So Mirai gets so fed up with his life that he reaches a point where he decides to give up. The abuse has gotten so bad that he can’t take it anywhere, leading him to contemplate suicide. As he readies himself to take his own life, he is visited by a guardian angel Nasse. The angel understands what the guy is going through and wishes to save him, so Nasse gives him a ton of new superpowers.

With new superpowers, he first off decides to take revenge on his aunt and uncle. He pays them back for the years of mental and physical trauma they put him through. But that’s not all; the story is just getting started.

He gets to know that the current God of the universe is retiring, and they are going to be holding a tournament or championship of sorts to decide who the next God would be, and Mirai is a candidate.

God will be retiring in exactly 999 days, and there are a total of 13 candidates, including him. There starts the journey to becoming the ruler of all.

The funny thing about all of this is Mirai can’t say no to the challenge after all that has happened. For the icing on top, every other candidate is on another level; almost nothing is off-limits. The candidates wouldn’t hesitate to kill everyone else to win the entire thing.

The story is so good with amazing battles and shiny sequences. Everyone who loves this manga dreams of seeing this made into an anime. The animation would be beyond awesome. We got a short teaser; it doesn’t showcase any upcoming anime scenes but has some amazing sketches.

From the summary of the story, we can easily draw some similarities to the Death Note series. When the manga first started coming out, people started flocking towards it because it was by the creators of Death note; that is the only selling point they needed. They truly lived up to their name with this one as well.

The storyline is so addictive, the events that transpire and are narrated so well, and the characters are people with who we can’t help but fall in love. Well, that is what you expect from the people who made Death Note.

Jump Festa is host to surprise announcements every year, and this year it wasn’t any different. With the number of new anime, new seasons, new manga, and even new games announced, it looks like 2021 from here on out will be jam-packed. Which one of these are you most excited about?

Also read: What is Anime? A Look Into The World Of Japanese Animation

Also Read: Best Anime for a Beginners to Watch this Winter Season – Start You Anime Journey