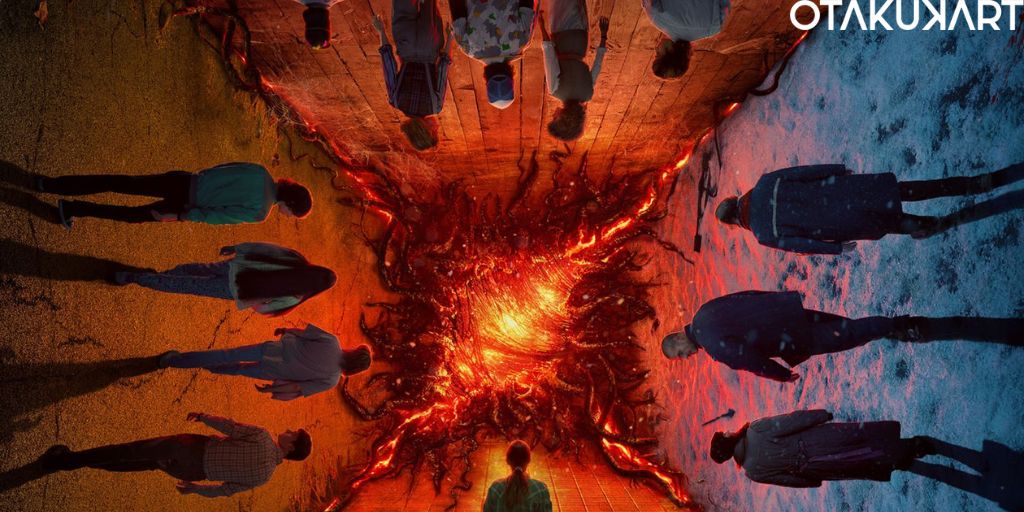 You know, when Stranger Things Season 4 Volume 2 was released, it left a whole lot of us with utter dismay, for even if it hit for a few seconds, but it really did “Will those two episodes really be able to give a satisfactory ending?” didn’t it guys? Because, of course, disappointment was definitely not an option after waiting nearly three years for another season of this enthralling series. Well, well, fortunately, just like the reputation of the show, the Duffer brothers didn’t let down the imagination or the enthusiasm of the audience.

Despite having the finale chapters with a runtime of nearly 4 hours, the episodes didn’t feel like a rushed ending. In fact, as a cherry on the cake, they were exquisitely written, with, of course, our cast pulling each of their characters marvelously. A lot of us don’t like new characters joining in with the main crew, but the way Eddie had such an impact on the storyline, and even though he existed for one season, he came out as one of the most loved characters of the show. Also, the way Argyle kept the scenes fun at the most intense of times was also greatly appreciated by a lot of fans.

Coming back to the ending so, for the readers who love to catch up on the spoilers before watching the show as well as for the ones who love to surf after watching it, you’ve reached the right spot because here we are giving you a glance at Stranger Things Season 4 ending as well as the reasons why it came out as an amazing season. Keep scrolling down to find out!

Stranger Things Season 4 Ending Explained: Did Eleven Reach In Time To Save Hawkins?

The entire season everyone was trying to figure out their own ways of putting a halt to this monster that was completely determined to take over their hometown. In the final chapter, with Nancy and Max being affected by Vecna once, the tension between their group, including- Dustin, Lucas, Max, Erica, Steve, Robin, Nancy, and Eddie, escalated rapidly, but since they couldn’t reach Joyce or El, they decided to take the matters in their own hand. Their plan of bringing Vecna back to its source point and burning him down wasn’t so bad, but the fact that one had to be the bait to execute it was just so heart-wrenching. 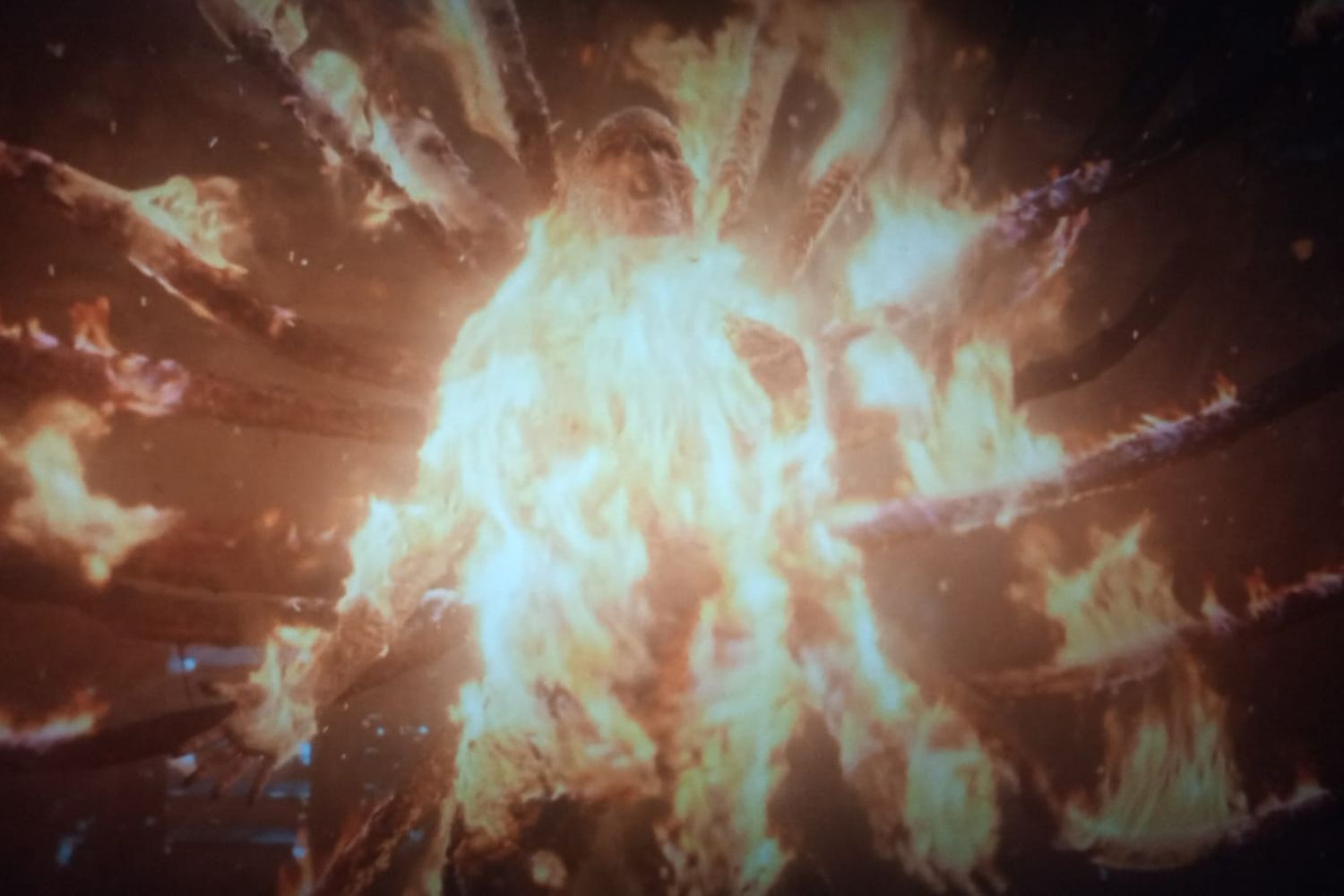 A Still from Stranger Things Season 4

On the other hand, El’s group, including Mike, Eleven, Will, Jonathon, and Argyle, gets to know about Max’s plan and tries to make way for El to reach Max’s mind. Even though El wanted to completely finish off Vecna and save her friends, she knew she was miles away from making it in time. Thus, she tries to fight Vecna while he is focused on sucking the life out of Max.

Furthermore, Joyce, along with Murray, was on the mission of getting Hopper back to America, back to his daughter from the Soviet Union. Although initially, it did seem like it was a mission of breaking through the jail and reaching somehow back to their own country, and to an extent, they even did succeed in making it to a hiding place. But when they realized that their children were in danger and the only help they could do was by breaking back into the jail and killing the Demogorgons present there in order to distract the hive mind, of course, they didn’t hesitate and went back to make sure to kill them all. 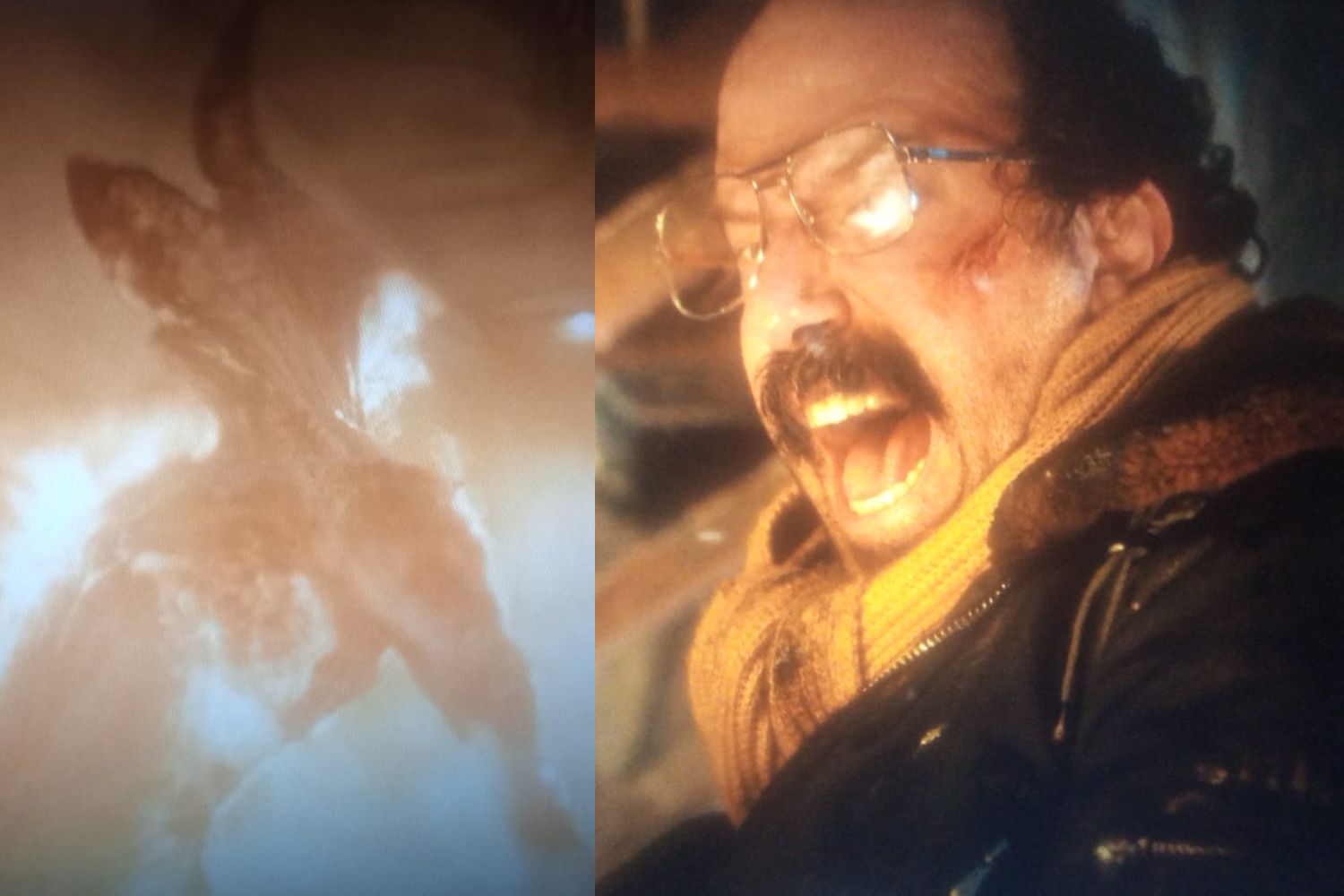 Murray and a Demogorgon

Even though everyone’s timing matched and they did the best they could until the end, and for once, it did seem like they were able to finish Vecna off, but at the price of losing two of their precious friends (Eddie and Max) and also their hometown.

Did PAPA And El Reconcile Before He Died?

Well, no matter how badly El never wanted to go back to Dr. Brenner (also called PAPA), now that she didn’t have her powers, she very well knew that he was the only person who could have helped her gain them back. Of course, his methods- may be quite harsh, did work as a fine wine. But with that came out the hidden truth, the truth that El had forgotten, the truth about Vecna.

You know, as the audience, we’re the ones who have the power to make a character evil despite the fact of how it’s portrayed. Because if we choose to believe that his or her means were wrong yet intentions were virtuous, a heinous villain doesn’t look so evil then, isn’t it readers? And so there exist two kinds of reviews about PAPA- one considering him to be the villain, the monster who, in the name of research, not only exploited several children but also separated parents from their children; others considered him a good researcher who at the end of the day wasn’t just using those kids but was also helping them to control their gifts.

Although the former conclusion seems to be El’s conclusion as well, after knowing the truth about ‘one,’ she blamed PAPA for making an innocent child a monster, and in the name of help, Dr. Brenner just chose to manipulate the kids for his own use, simply like how he used El to find ‘One’ in the darkness. 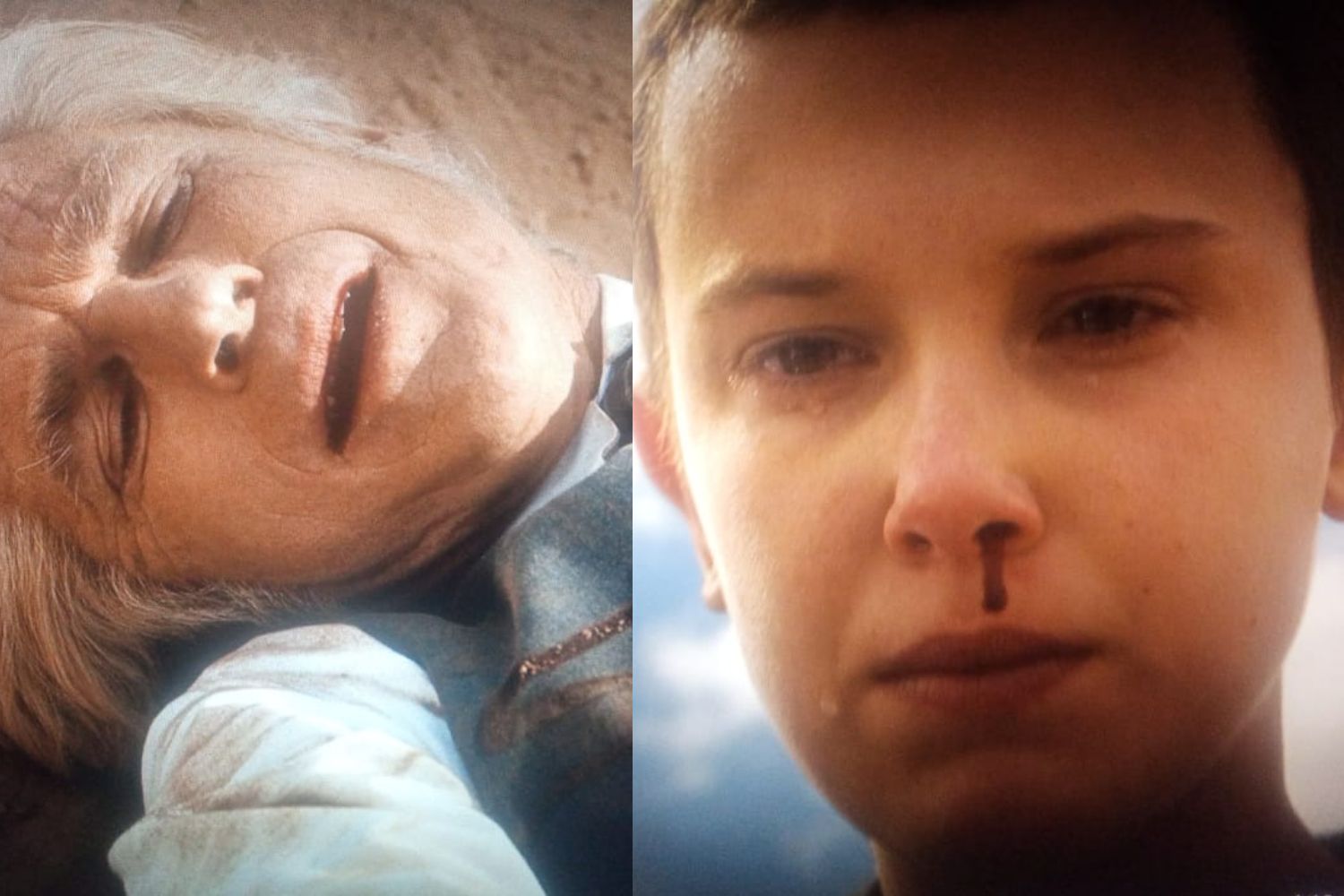 In the end, he does save El from the military but is unfortunately shot instead. With his dying breath, he confesses how he is proud of El and that she’s the only family he has. But also yet again brings out the fact that he just wanted to protect her. However, El pays her regards and says a warm goodbye but still doesn’t agree with his ‘protection’ part.

Also Read: List Of People Who Dies In ‘Stranger Things 4’

Did Max Survive In The Finale Chapter?

You know all of us knew that there would be a few that’ll die in the show because obviously, it’s a horror genre show, not a happy fantasy drama. Yet neither of us thought it’d be one of the lead characters and let alone our bravest and the crazy, fun-loving Maxine. Although it was a risk she knew could cost her life yet, she didn’t hesitate to let herself be the bait. Was it really because of her guilt for not trying to help billy while he was dying? or Did she really say it all to only lure Vecna out?

Well, in either case, her plan just worked out fine, only it didn’t go as planned until the last. Initially, it didn’t seem like the worst would come as on the one side- Nancy’s group, Dustin’s group, and Sinclairs had their phases under control, but with Jason’s entry, everything started going south. Even if Lucas had won his fight against Jason, he still wouldn’t have been able to bring back Max because our completely unwanted character broke the source of bringing her back (the earphones) to the original realm. 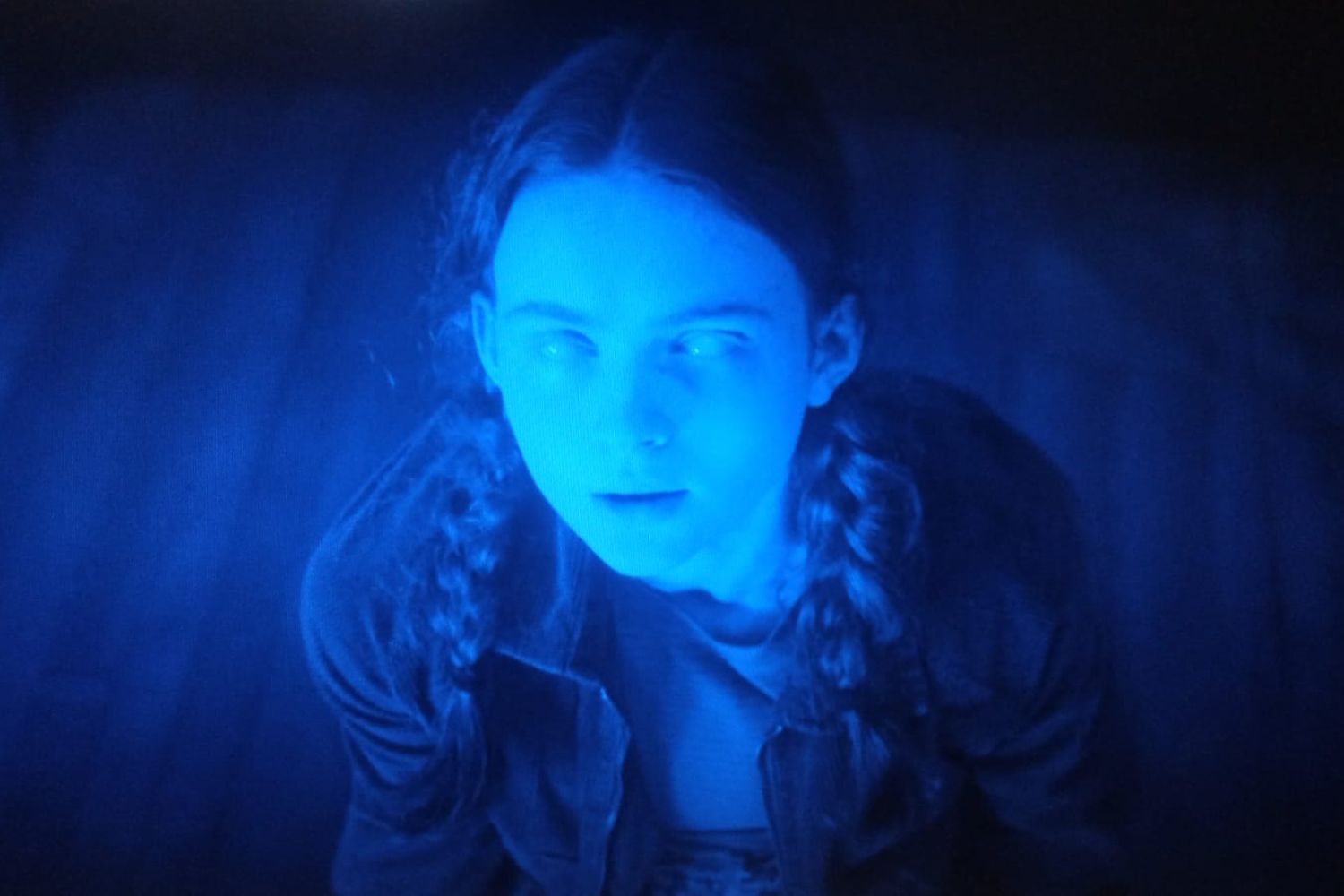 Max in control of Vecna

Even then, there still existed a ray of hope because El was there to protect Max as her piggybank, but alas, just as Papa had anticipated, Eleven wasn’t powerful enough to finish Vecna off. And thus, despite everyone’s collective effort, they couldn’t completely save Max. Well, yes, you read that ‘completely’ right, by that, we meant at the very least, and at the very end, El did bring back Max’s heartbeat, so physically, yes, she survived but mentally, it looks like she’s still in the upside-down. And so until another season is released, Maxine could be alive, but there exists quite a chance that she could really be dead.

As much as we’d love to believe Vecna’s dead for good, we all know he escaped. Despite having an amazing plan and the right amount of teamwork, his powers were way beyond theirs to have been defeated like that. Even though they did earn an advantage since they were at least able to destroy some amount of his enormous power, but the way he said to El that it wasn’t the end, but the beginning of the end makes it quite interesting as well as frightening about what the next season might bring in. 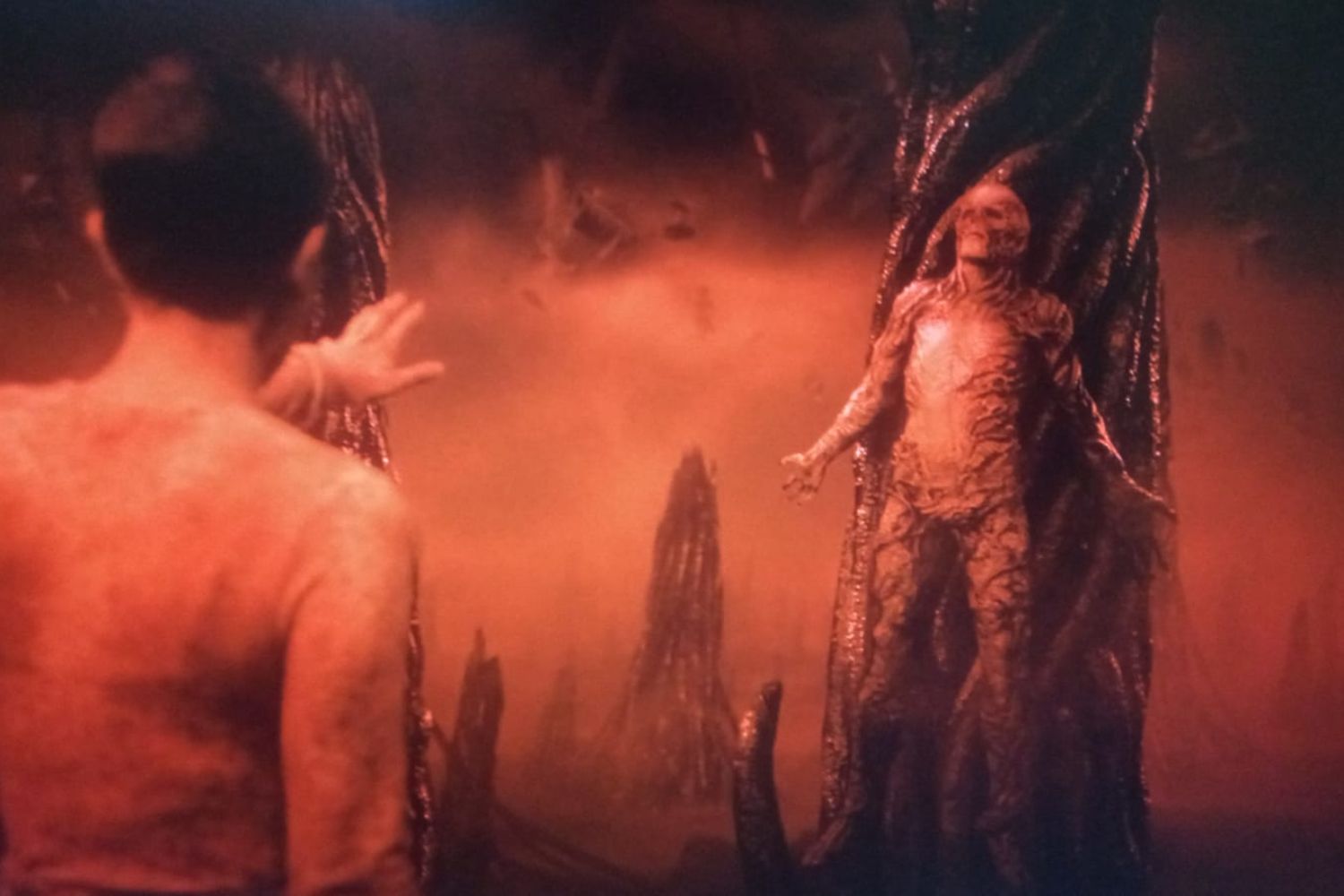 Although the season ended, giving fans a major heartbreak by almost killing off one of the lead casts yet, the reunion of them all was still quite satisfying. The most awaited reunion of Hopper and Eleven seemed like an ease-off moment to the audience.