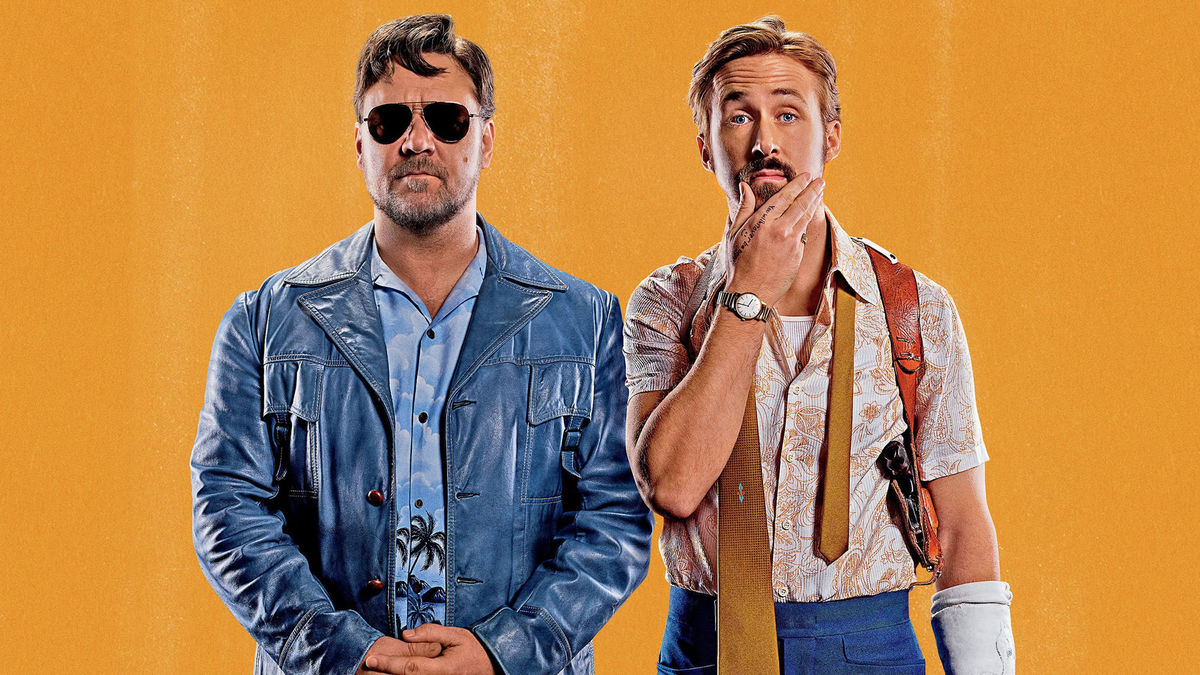 What’s not to love about whodunnits? They are engaging, they are fun, and they are as mentally stimulating as it gets. If you are someone that loves doing some mental work while consuming your entertainment, then these works will tickle your fancy in ways you’ve never imagined before. They force you to concentrate on every bit of detail, take in the storyline, and look at the bigger picture. And this they do in the best way possible.

There are several films out there that make for great whodunnits. It might be the storyline, the filmmaking, the cast, or just the film’s overall essence. It could be all of the said elements factored in together too. What makes a good whodunnit what it is? We might have to take a deep delve into the genre to figure the answer to this question out. If one is to do that, then one would have to look at some of the best films made over the years that fall into this category. To help you out with this mammoth task, we’ve come up with a list of films to get you started on the journey. Read on to know what films have made it to this list of 10 whodunnits to watch in 2021. 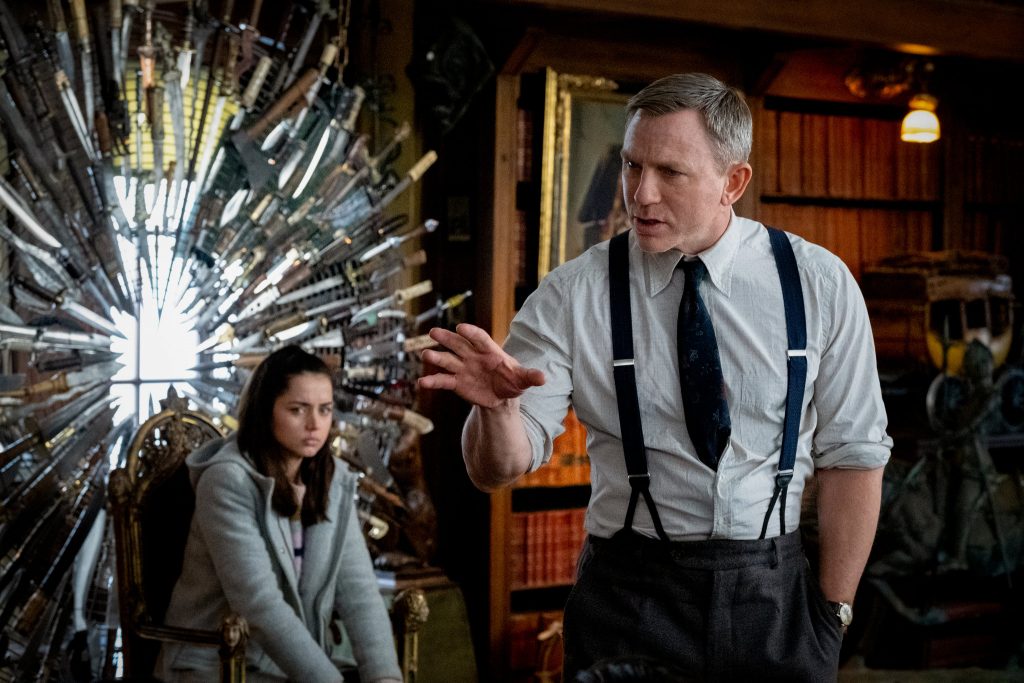 The plot of this blockbuster film follows the aftermath of the death of popular crime writer Harlan Thrombey. Thrombey has died in his house following a set of mysterious events, and now, everyone associated with him is a suspect. An anonymous person has hired detective Benoit Blanc (Daniel Craig) to solve the writer’s supposed murder. Will he navigate through the slew of lies that almost all members are spewing to zero in on the murderer?

2. The Girl  With the Dragon Tattoo 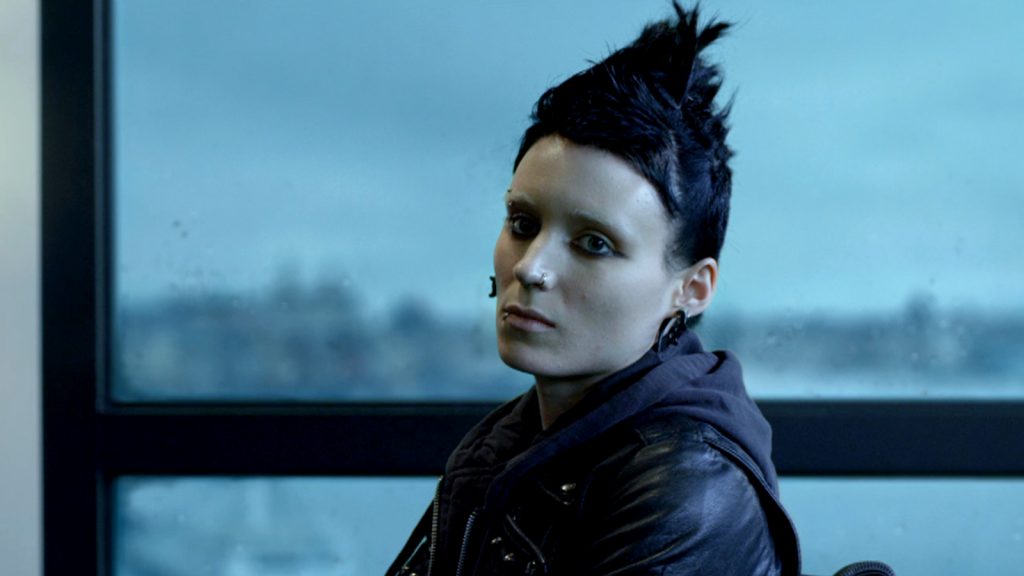 If you don’t know who Lisbeth Salander, what are you doing? Another Daniel Craig starer, this film is probably the most popular on the list.

Adapted from a popular novel of the same name by Stieg Larsson, the movie’s plot revolves around Mikael Blomkvist and Salander. Blomkvist is a journalist who is on a quest to solve the case of a woman that’s been missing for almost forty years. To succeed at this, he seeks a talented computer hacker with a dragon tattoo – Lisbeth Salander. The two of them put their minds together to work around the case but soon figured out there’s more to it than they initially thought.

3. Murder on the Orient Express 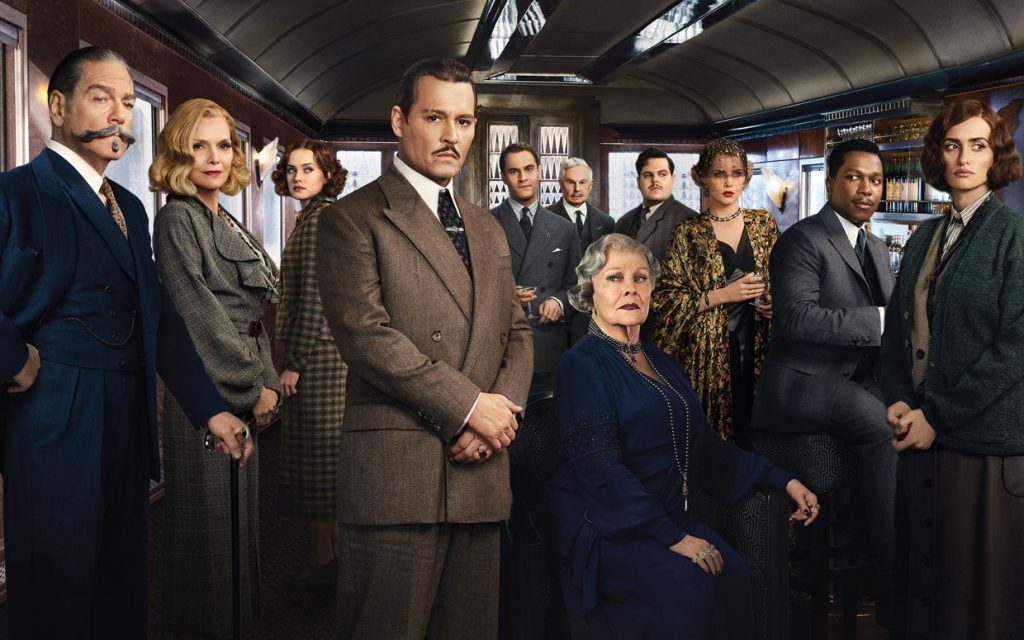 This whodunnit is based on a novel by the Queen of Crime Agatha Christie. It has been made into film time and again, but the audience never seems to tire of it.

Murder on the Orient Express follows the famous Belgian detective Hercule Poirot on another one of his adventures. When a mysterious murder occurs on a train called the Orient Express, Poirot has to suspect almost every single traveler on it. Put to this herculean task; our detective is not faced. The film revolves around Poirot’s attempt to figure out who committed the crime and bring them to justice. 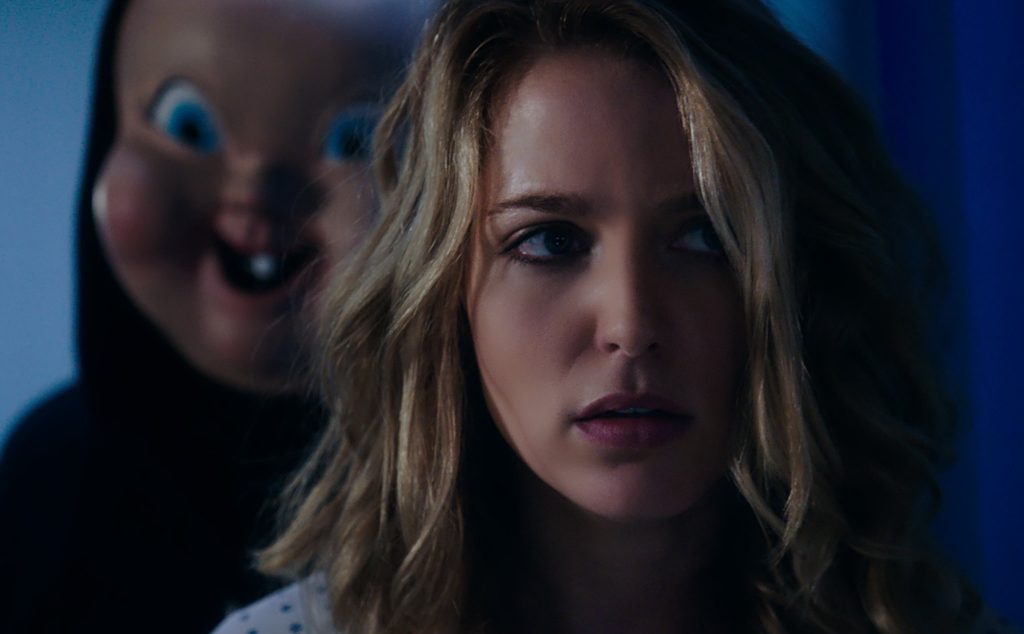 Now, this film does not fall under your conventional whodunnit category, but we all know that we’re not going for conventionality here. This is a slasher film that will easily please fans of the former genre.

Happy Death Day is not for the faint-hearted. This plot is interesting and engaging. After being brutally murdered one night, a naive college student discovers that her ordeal does not end there. She is now left to relive her murder over and over again. What starts as a cruel and never-ending loop soon becomes one that opens our eyes to many plot points in the film. She soon realizes that the only way to escape this cycle is by finding the identity of the person who murdered her. 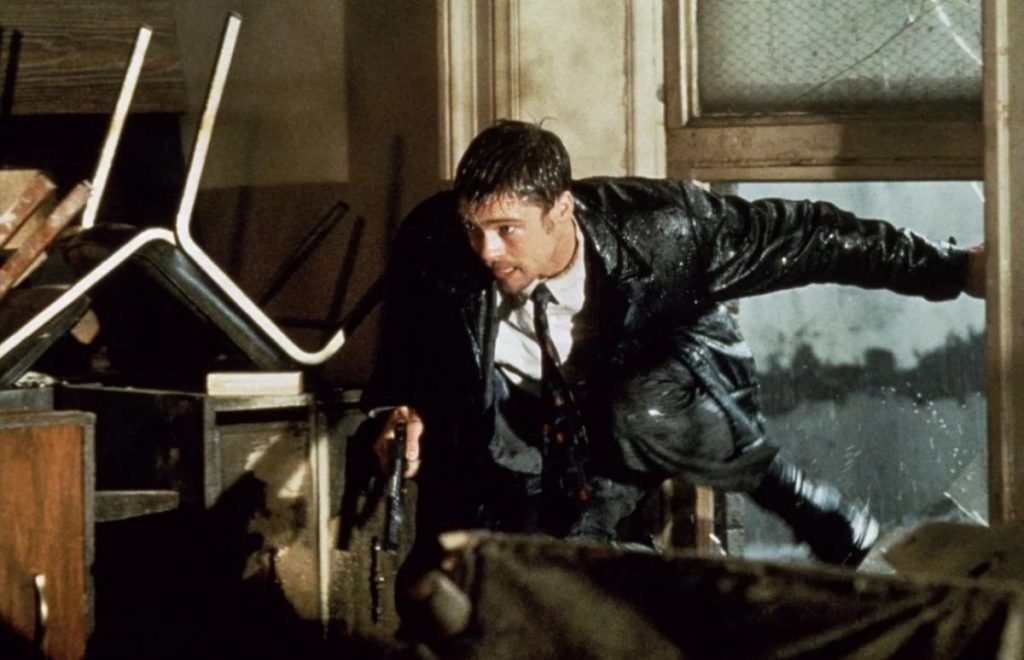 David Fincher rules yet another list! If you are a fan of neo-noir films, you are bound to love Seven.

The story follows a series of murders that take a very dark turn: the killer has been murdering people according to the seven biblical deadly sins. Two detectives are now given the task of finding the murderer and putting an end to his crimes. The film’s aesthetic is extremely dark, and as a result, the movie fares well in the books of people who like some gloom in their entertainment.

6. The Girl on the Train 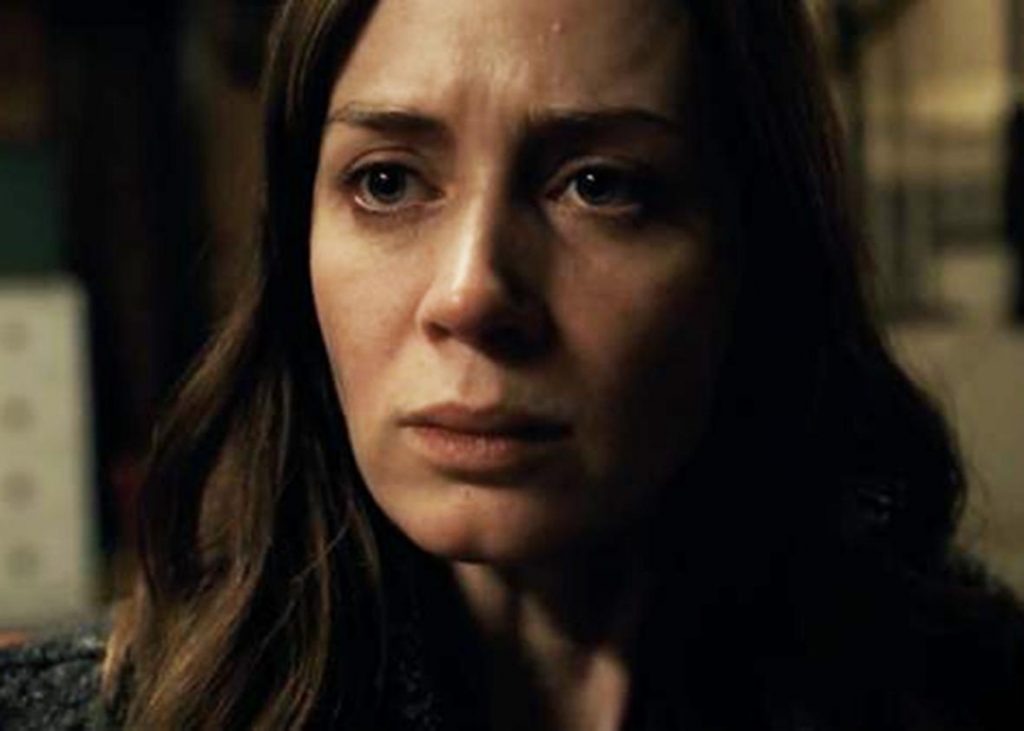 Call us basic, but this film is well-loved for a reason. It’s because it’s good. Great, even!

The Girl on the Train is an adaptation of the popular novel of the same name. Rachel has a routine. A well set one. Every day, she gets on the same train. And every day, she watches and admires a young couple while on her journey. And just like that, she soon realizes that the couple – Scott and Megan – live right next door to her ex-husband and her ex-house. Things go haywire when Megan suddenly goes missing one day. All of a sudden, Rachel finds herself in the midst of this investigation. Little does she know that some disturbing details are soon to be uncovered. 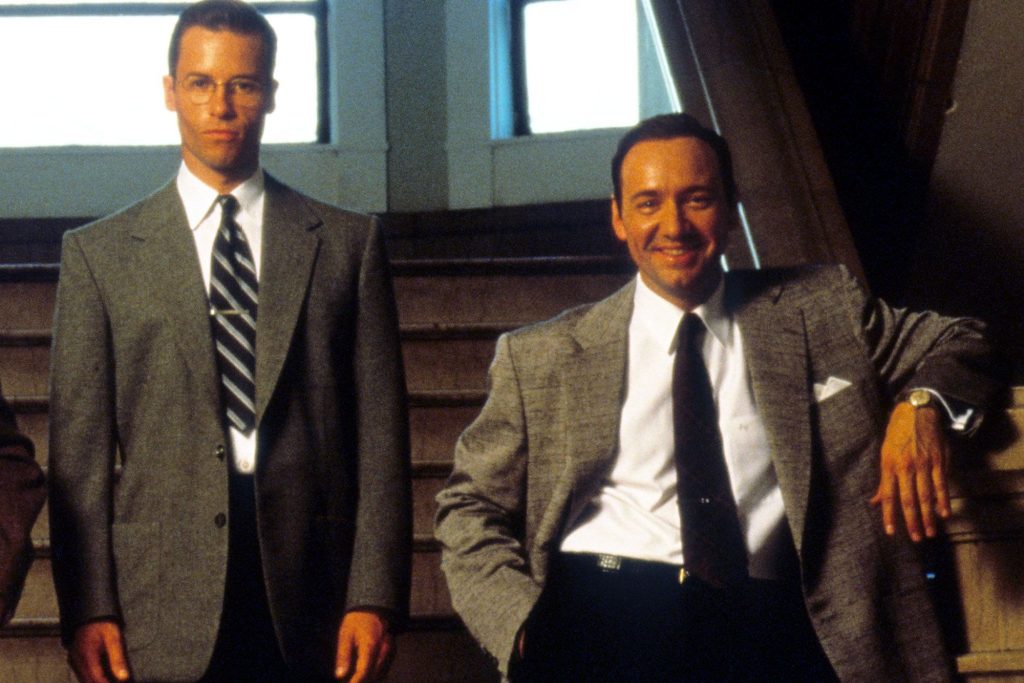 This one is an oldie but a goodie.

The plot kicks off when three talented detectives who belong to the Los Angeles Police Department are assigned to investigate a bunch of homicides. While at it, they are soon lead to ends they never thought they would come to see. Navigating through this, we realize that the storyline has been pointing to wrongdoings within the department itself. What will the detectives do with this information? Watch the film to find out! 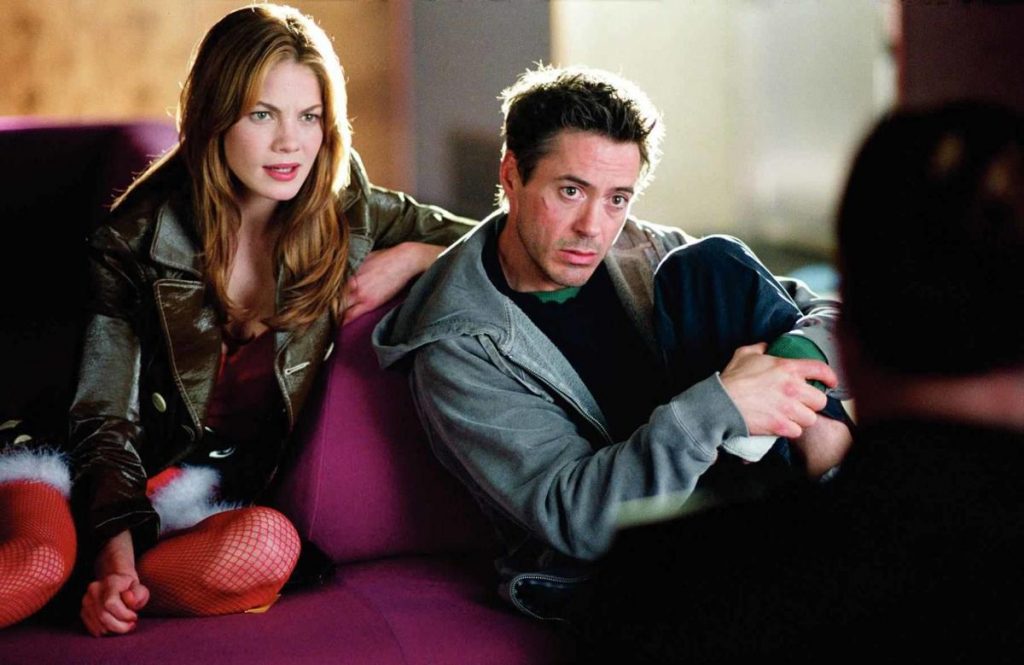 Robert Downey Jr. has finally made an appearance, and he does more than steal hearts with this one. Kiss Kiss Bang Bang is another noir film that we’re sure you will enjoy.

This whodunnit follows the story of a criminal who pretends to be an actor. He tries to navigate the developments involving this, but he soon gets pulled into a murder investigation after becoming friends with a private detective. The movie picks up after another unsuspecting actress also gets involved – leading everything downhill. If you want a whodunnit with a funny twist, The Nice Guys is the movie for you.

The story kicks off after a runaway girl called Amelia hires Healy to put a detective who’s after her in the wrong tracks. Healy soon realizes that the girl is in grave trouble after a run-in with two hitmen who are also looking for her. To save the girl from this dark fate, he soon joins hands with the detective named March to find her. This whodunnit is the most interesting on the list for obvious reason.

The story revolves around Roger, who suspects his wife cheating on him with another person called Marvin. To gain closure, he hires a detective called Eddie Valiant to investigate the issue. Things take an unexpected turn when the detective is found dead under mysterious circumstances. Every evidence points to Roger, and he is soon accused of murder. Roger swears that he is innocent, and he now has to prove it to the officials and everyone else involved. The movie is entertaining and stands out due to the style of filmmaking and aesthetics that it exhibits.